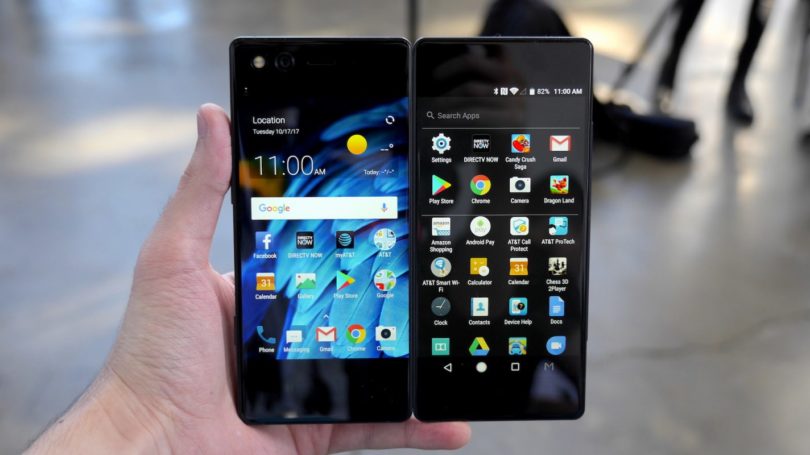 Two at the price of one. Is it the same one plus one equals two and have two good things better than one?

At first glance ZTE Axon M does not look like a smartphone at a price of $ 725. The design is too voluminous for the modern device, although the square aluminum body has a pleasant weight in hand. When the device turns on, you are welcomed by a 5.2 inches panel with a resolution of 1080p with a large frame compared to modern smartphones like Essential Phone, Galaxy S8 and iPhone X. The remaining characteristics can be called normal: last year's flagship processor Snapdragon 821 and 4 GB RAM. The software is also outdated for a year, Android Nougat is used here, although in the near future the developers promise updating to Android Oreo. 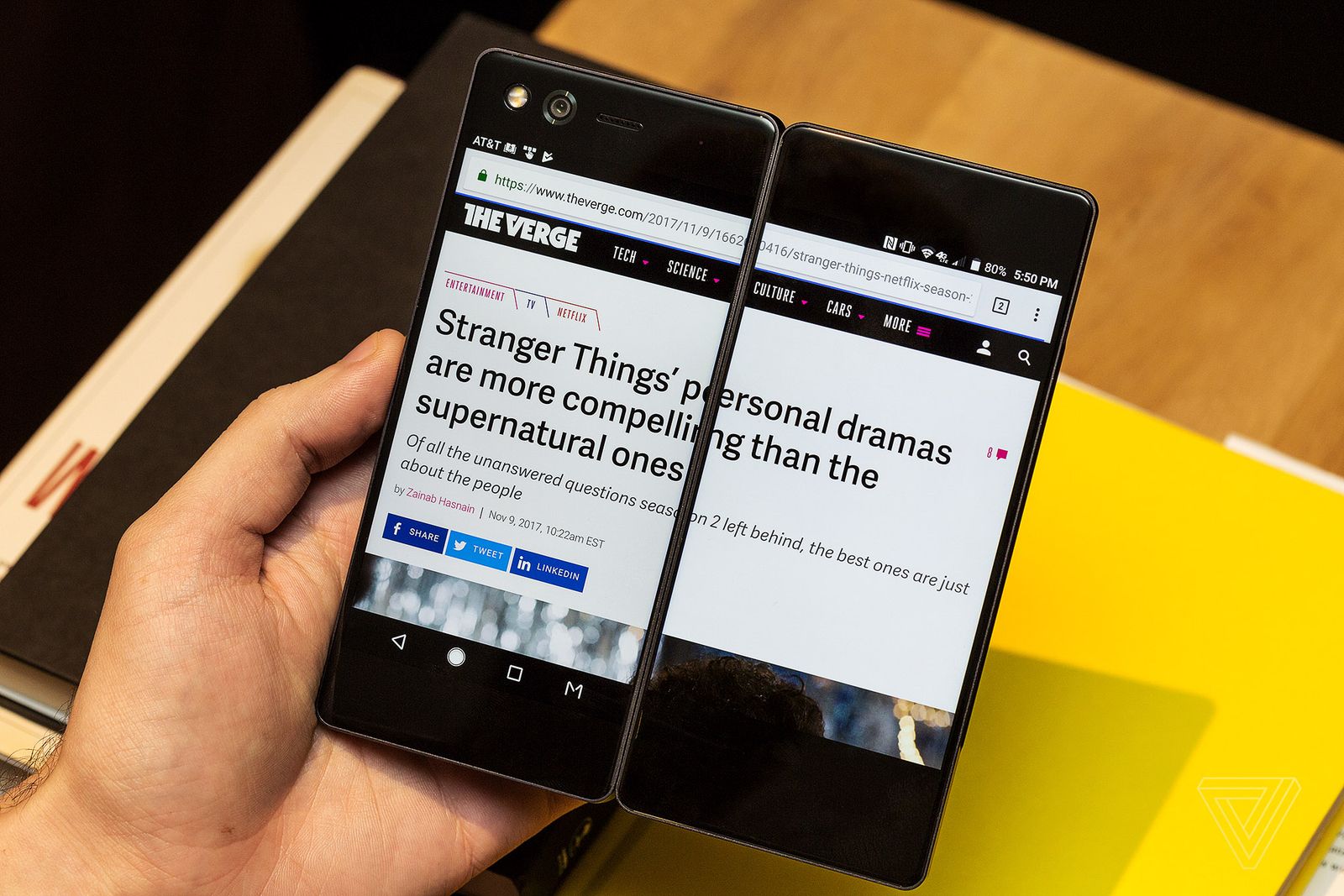 But Axon M has a trick in a sleeve that other smartphones are not. He is hidden from behind - this is the second screen, which unfolds and creates a kind of small tablet.

You are reading the review of the portal The verge.com, The original material was published on November 17, 2017.

As well as the main screen, the second has a diagonal of 5.2 inches and a resolution of 1080p. Together they form a larger screen of 6.75 inches. There are three modes in which you can work with the second screen, you can switch between them using the letter M, which complements the "Back", home and "recent applications" usual for Android.

The first mode is the easiest, it is called double. Here you can simultaneously run two applications, one on each screen. It works both in portrait and landscape positions, this application script can be called the most useful. For example, you can run Google maps next to the postal client or watch video on YouTube and correspond with friends in Messenger. Each offer in this mode has its own set of software buttons, you can close one and open another, not touching neighboring. Also Axon M manages sound, so you only hear that the screen with which you interact. Let the specifications are not the most modern, the smartphone works well even in demanding tasks, like a simultaneous game and watching video on Netflix.

Then there is an extended mode where you can run one application on two screens in the tablet style. For this, some popular applications were optimized, including Facebook, Chrome, YouTube and Twitter browser. If the application has not been optimized to work on Axon M, you need to manually make it go to full screen mode. When testing, everything worked normally, even applications without optimization under large screen.

The main concern is that it is often difficult to find a reason to use the advanced mode. It would seem that the video is more convenient to look at the big screen, but in this case the advantage is minimal. The picture becomes only slightly larger because of the large black stripes from above and below, the frame shares the video in the middle. Video in 4: 3 format is displayed best, but it is hardly worth buying such an expensive smartphone for this.

It is strange that the developers are so promoted here. There is even a highlighted hardware button that can be assigned to the launch of applications such as YouTube, Netflix or DirecTV.

Applications like Chrome, Facebook and Twitter use the advantage of a larger screen, but they appear the same problem that on Android tablets: no optimization for larger screens. Due to the Android measuring the screen size, if you keep the device vertically with two open screens, you will have a tablet version of the application, but too short. The turn gives a shorter version of the standard application for the smartphone.

It seems that ZTE offers only the most simple features for work with two screens. Periodically, you can see the glimpses of the potential, such as the launch of YouTube in full screen mode on one screen and the ability to simultaneously view the browser or search for video next. And still it seems that it would be possible to achieve more. For example, there is no application for reading of electronic books, although it would be possible to turn two screens into two pages. In games, you could put the virtual buttons and a digital controller to one of two screens.

There is still a mirroring mode, where the same thing is shown on the two screens. For example, you can put a smartphone as a tent and two people from two sides will watch the video. It is unlikely that it is required often.

Software gestures are also available, which theoretically allow you to quickly switch between modes, move applications from one screen to another or expand it into two screens. In practice, the benefits of them are dubious. Gestures work far from always and you have to use the physical button. 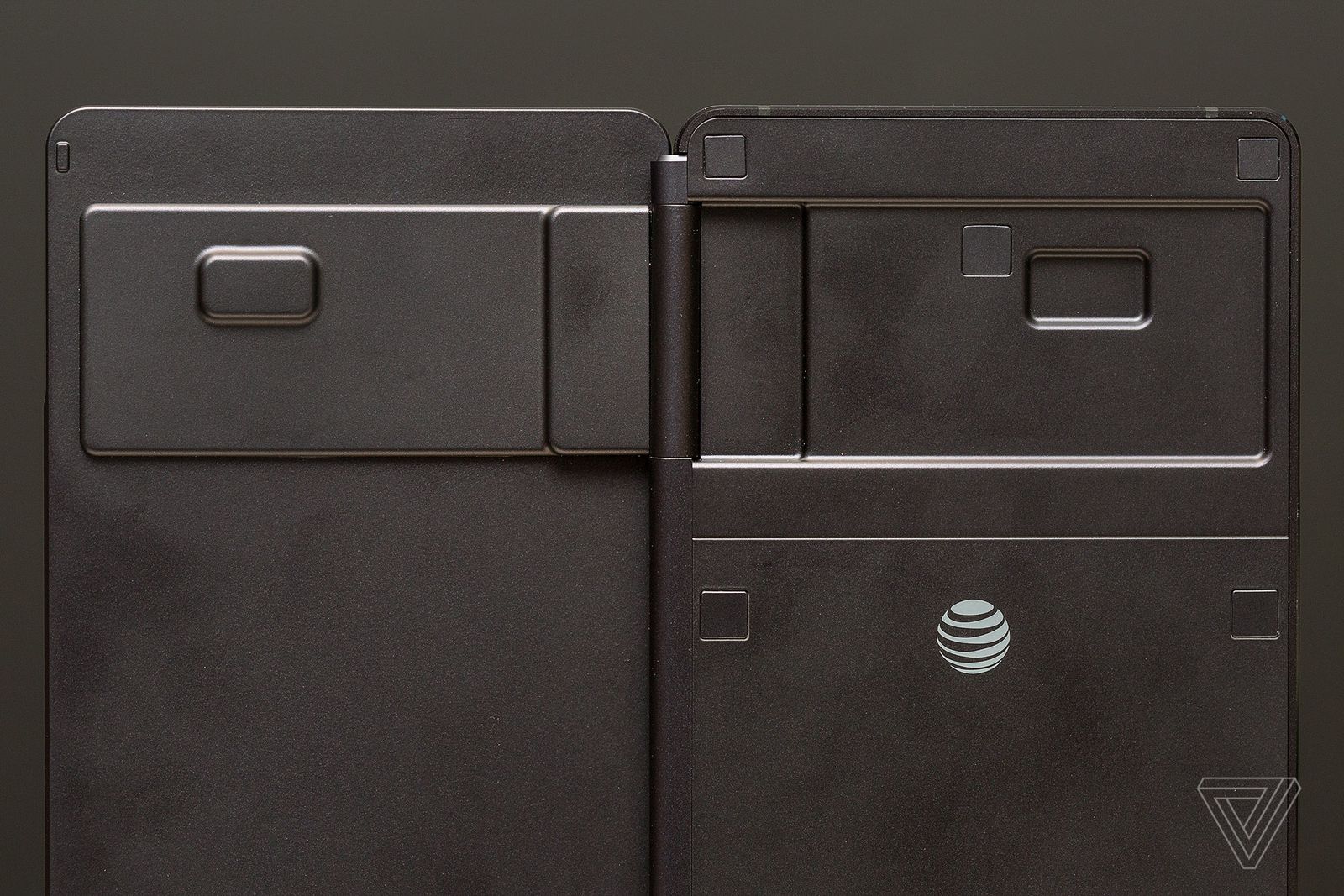 For testing, the smartphone was used for several days as the main one. Even with a heavy load using two screens, the battery capacity of 3180 mAh allows you to reach without any problems until the end of the day with the residue at least 15%. Screens are not too much to increase energy consumption, but some components of the device are felt as the price you need to pay for the second screen.

For example, there is only one chamber, the resolution is 20 megapixel. Pressing the switch button between the front and rear cameras on this smartphone switches the screen to another. In practice, it looks strange, when leaving the camera application, after shooting, you can see a black screen on the rear sensor, since the device was turned off. The camera is located in the left corner on the main screen. Also, this means that applications using the camera, such as Snapchat, are extremely poorly working with modes with two screens, since they can only do selfie with a strange position.

Location of the loops on the right side of the smartphone means that all buttons are transferred to the left, including the power button, whereas for many years we are used to see them elsewhere. If you combat the power button on the right, then in the end it turns out that the main screen is turned over.

The last strange hardware solution lies in the fact that the two panels have different calibration. One displays more warm colors, the other is colder. This is especially noticeable when you work with applications in advanced mode.

Axon m became not the first attempt to release an Android-smartphone with two screens. More productive components allow you to offer a more attractive device, the ability to run many applications and full-screen mode, which apparators like Kyocera echo could not do.

If Axon M can be called the first smartphone with two screens, which is well embodies this idea in theory, in his practical advantages there are doubts. Of course, the device looks unusual, especially on a purely technical level, it will be interesting to boast of them before friends, deploy and run the game or a couple of applications. However, due to the lack of productive applications for working with such a device, it seems just a bizarre gadget. The price of $ 725 and the presence of numerous more productive flagships on Android with a more beautiful appearance is unlikely to contribute to the wide popularity of Axon M among buyers.

Android alarm clock: where it is like installing and configure

How to learn yourself to spend time on the phone?