While in Europe cafes and restaurants are equipping platforms for wireless charging of smartphones, for Russians this technology continues to seem something “out of the ordinary”. To fill in the gaps in the knowledge of domestic users, we will talk about the pros and cons of wireless storage.

Wireless transmission of energy until recently seemed like a crazy dream of a science fiction writer, but today it is quite feasible. Wireless chargers, which are rapidly replacing traditional wired chargers in the Western market, are likely to win the windows and hearts of consumers in Russia in the near future. It is still difficult to find wireless chargers in domestic communication stores, however, gadget users are actively interested in how these unique devices work and whether they cause harm to human health. We will try to answer the most common questions in this article.

How does a wireless charger for mobile phones work?

To understand how wireless charging works, you have to remember the school physics course and, in particular, the meaning of the term " electromagnetic induction". Induction is the formation of a current that occurs due to a change in the magnetic flux in a closed circuit.

Wireless charger contains a transmitting electromagnetic coil ( Transmit Coil ) - one that generates a magnetic field. Inside the gadget, there must be a receiving coil ( Receive Coil ) - that is why not every smartphone can be recharged wirelessly. The greater the distance at which the two coils are from each other, the weaker the energy flow. It is also important to keep in mind that the two coils must not touch each other.

Wireless charging method has long been relevant for dental brushes and electric razors. Alas, all this time the technology was accompanied by customer complaints to the fact that charging is too slow and unstable.

To recharge the smartphone, it is enough to simply put it on a special stand - after that the transmitting coil is activated and starts to "share" the current. Charging this way can be done anywhere - at home, in a car, in a public place. In some countries, the Wireless Charging Stands are located in a cafe so that the visitor can spend time, waiting for the order.

How effective is the charging on a wireless standard?

The wireless charger is still less efficient than wired charging - this statement is not able to challenge. It is easy to confirm its enough - with the help of simple calculations.

Charging efficiency mainly depends on 2 indicators: The current forces (measured in amperes) and voltages (measured in volts). Traditional charging on average delivers 1 amp current at a voltage of 5 V - as a result, the battery with a capacity of 3000 mA is charged from zero "to edge" approximately for 3 and a half hours. Wireless charging at the same voltage delivers only 0.65 amps (again on average) - this means thatwill , at least 4 hours led to the filling of the battery.

All the above calculations, of course, is approximate. The efficiency of the wireless charging depends on other factors - for example, from:

The advantages and disadvantages of wireless charging

Despite the fact that the efficiency of wireless charging devices leaves To wish the best, these devices have plenty of advantages:

On the main disadvantages of wireless memory already mentioned - it is low efficiency and the need to keep coils in close proximity to each other. The following, less significant minuses can be included as follows:

Is it safe to use wireless charging?

Part of mobile devices users refuses wireless charging, because it is experiencing, no matter how magnetic radiation has not been harmful. fears about health - no more than paranoia : not only experts are stated, but also members of the wireless electromagnetic energy consortium ( WPC ) - organizations that developed technology Qi.

The power of the breaking memory is only 5 watts - this is completely definitely not enough to influence the human body. Negative consequences can only be when using a power with a power of 120 watts - such devices are also produced, but not on an industrial scale, and they are intended to recharge laptops.

The electromagnetic signal of the wireless memory from the point of the impact on the body is similar to the cellular signal - with the only difference, which is weaker and stops together with the charging of the smartphone.

users are worried not only for health, but also for the safety of personal data. In mid-2016, it became known about the new way of hacker attack. Thanks to the fake USB wires hackers, data ( passwords and PIN codes can be stolen from the words of the victims, while those recharge gadgets from ports of computers - a security agency ARIES Security told about it.. Due to such news, users have become even more careful to the charging devices placed in public places - including to wireless.

Theft of information via USB cable was possible, because the wire has 2 functions - it ensures the recharging of the mobile device and the data exchange between the gadgets (smartphone and PC). Wireless charging the second function is not capable of performing. You can begin to worry when the developers will endure wireless stations with the functions of the data exchange point, but this is not expected in the near future.

The best wireless chargers for phones

to the user who is interested in the prospect of wireless charging gadget, it is worth paying attention to the following models of the memory.

Despite the fact that the wireless charging market is still young, from Samsung has already managed to become his classic. Key advantages PG920 - Compact sizes, attractive appearance and quite low price (about 1000 rubles). 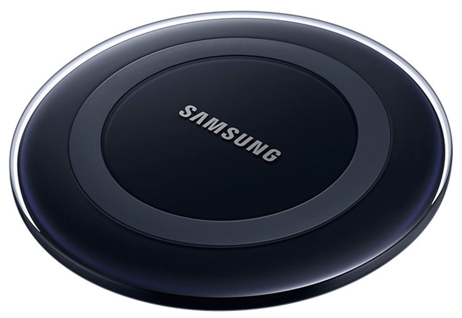 Please note that charging from Samsung is universal, and therefore can recharge gadgets not only Korean "Giant", but also from other manufacturers.

Home Feature Charging Tylt Vu - Unique form. Charging is a broken plane consisting of 3 surfaces. Thanks to this form, the gadget is conveniently used while it is in energy. 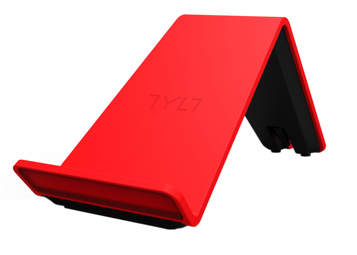 TYLT VU, will undoubtedly please the lovers of bright shades - buyers are available in 4 Color versions: black, yellow, red and blue. However, for the original form and the possibility of choosing a color will have to pay a substantial amount - about 30 dollars.

Charging from Anker has very modest dimensions, but it is not the only advantage. In addition, it has a temperature sensor Temperature Control, which will ensure that the device does not overheat during the charging process. After the gadget battery turns out to be filled with all 100%, Anker Wireless Charging Pad will automatically turn off and will not spend excess energy. 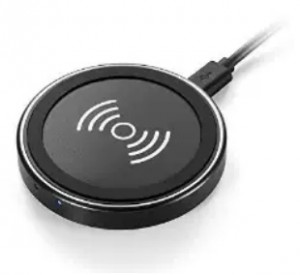 Another advantage of charging from anker - price. Zu is among the most affordable; It is for sale in just 10 dollars.

Users might be put off by the $40 price tag, but it's worth paying for. Woodpuck is not only the most stylish and original wireless charger, but also the most efficient.

Woodpuck is made from real bamboo and is therefore considered the most " environmentally friendly” memory. The device works with all gadgets equipped with the Qi function and charges them much faster than analogues - studies have shown that the user can save up to 40% of the time.

DT-903 is another charger with an incomparable design. While charging the gadget, the platform burns brightly enough, so the user can do without a night light. If the glow interferes, it is easy to turn it off by pressing the button located on the bottom plate.

The efficiency of DT-903 is at a fairly high level: according to engineers Nokia wireless charger charges your smartphone in the same time as wired charging. The device from the Finnish company is compatible not only with devices Lumia, but also with gadgets from other manufacturers. The cost of this curious device is about 2500 rubles.

Wireless chargers captivate not only by their combination of efficiency and effectiveness, but also by their simplicity. Everything ingenious is simple : it is enough to use two inductors to stop being a slave of wires - even Faraday could have reached the creation of a wireless memory a century and a half ago, if he knew what era his descendants would have to live in.

The primitiveness of the design can push the owner of the gadget to independent experiments with electromagnetic radiation and conductors - on the Internet, alas, there are a lot of articles advising how to assemble a wireless charger with your own hands, authored by indoor inventors. We recommend that you start such attempts only if you have a physics diploma in your desk drawer. An amateur in the course of such experiments can easily disable the gadget.

Why does each owner of the phone need an advertisement blocker for Android or iOS?

How to choose a car charging for your phone?

Why the stylus is a useful phone accessory

The best headphones for your phone

How to choose portable columns with Bluetooth for phone?

What is better: iphone or samsung?