Are you considering the purchase of a tablet based on Android? In this article we will tell why you should pay attention to anything else, as well as provide several recommendations for buying tablets.

Today, the tablets have already come out a little from fashion compared to the initial burst of popularity (immediately after the release of the first models), but they still exist. Many people know that Apple's iPad dominate the market, but what to do Android fans?

In this case, you will probably think about buying a tablet based on Android OS, however, we do not recommend investing your funds into a device of this type. And below, we will tell why. 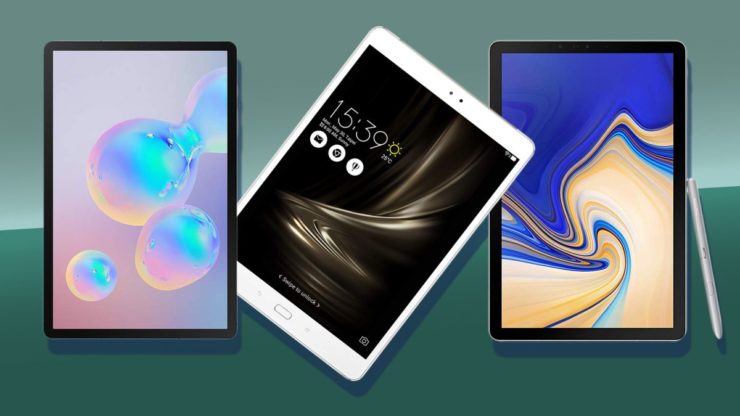 One of the main advantages of smartphones based on Android is to find a device that meets your needs, pretty easily.

Indeed, regardless of your preferences (small or large screen, a clean Android OS or a shell, the presence of a headphone jack and much more), you will find something for yourself.

However, if we talk about Android tablets, then the choice is quite meant. On the official page of Google, dedicated to the phone and tablets based on Android, there are "Already" three models:

Of course, these are not the only plates available on the market today. But rather sadly that only 3 models appear on the official website of Google. Most of the other devices that you find in stores are often cheap and unpopular devices.

In fact, even Google itself has already fallen out of the tablet market. The company refused to produce expensive Pixel Slate in 2019 and announced that it does not plan to continue the tablet line in the future. It does not promise anything good for the Android tablet market as a whole, since it is Google developing an operating system.

Android updates are one of the largest shortcomings of the system. Yes, when buying a smartphone Pixel (from Google), everything will be fine, but if we talk about most devices from other brands, you will not be able to install the latest version of Android for several months after its release.

And in some cases, the smartphone will receive only one major update (or will not receive at all). This problem also concerns Android tablets.

From the devices mentioned above, Lenovo Tab M10 and Yoga Tab came from Android 9 released in August 2018. If you check the update table on Lenovo Android Update, then you can see that both models have received an update to Android 10 much later (M10 in October 2020 and Yoga in January 2021). It is also indicated that on this all: no additional updates are planned. 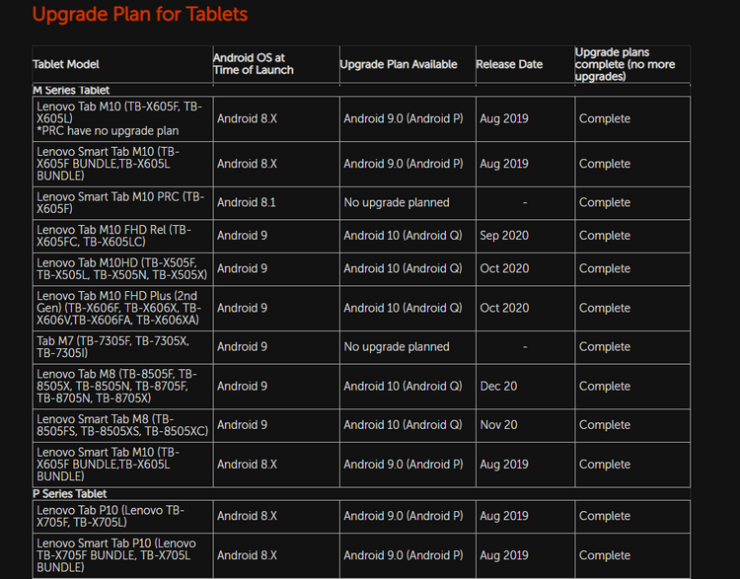 Suppose you bought the Yoga Smart Tab in October 2019, immediately after the output of the model. Then the tablet was already installed OS one year ago. Then you had to wait for a year and three months, in order to update the device. And finally, you updated to Android 10, the version that at that time was released more than a year ago.

Galaxy Tab S7 was supplied with Android 10. Samsung has released a tablet for a few weeks before launching Android 11, but the newest version of the OS reached Tab only in January 2021.

When buying a budget device, you can and at all forget about the operating system updates. Most likely, such models will work under the control of the old version of Android, and they rarely, if at all ever, will receive any updates.

If you assume that you already have a phone on Android database, the tablet is probably needed for recycling. The usual purpose of the device of this type is mobile gameing. But the fact is that in this case it is much better to buy an iPad.

This is a fact: iPhone and iPad better suitable for mobile games, because many titles are first produced on iOS (in some cases - exclusively for it).

As Apple lays only a few telephones and tablets compared to thousands of Android devices available, game developers, as a rule, focus on iOS due to ease of development.

In addition, rather often performance games on the iPad is much higher. Especially if you compare the modern iPad with most cheap or outdated Android tablets.

It is worth mentioning about the Play Store, in which fake / unwanted content often appears.

Another big advantage of the iPad is the use of Apple Arcade. For 5 dollars a month, the service provides you with access to more than 100 games in which there is no advertising or in-game shopping. You can download them for an offline game and even make a family subscription.

Android is a similar service called Google Play Pass. What service is better to solve you because much depends on the games and personal preferences of the user.

Considering that the Android tablets most often do not cost their money, many will see the question: what to buy in return? First of all, think what exactly you need a tablet, as it will help to find a suitable device.

Let's consider some alternatives by category: 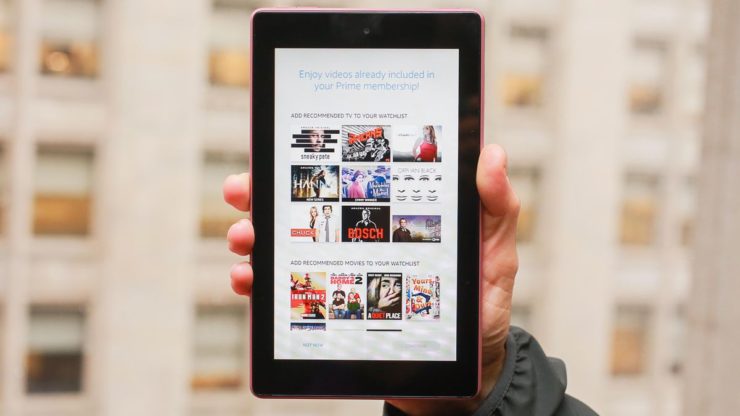 If you want to purchase Budget Tablet for your children or simple tasks, Fire 7 Tablet - Excellent choice. It integrates with your Amazon Prime account, offers an extensible storage and is often sold at a reduced price.

The device is running Amazon Fire OS. This way, technically, it is still a tablet Android. However, given the price, it is better not to find the device.

Suppose you decided to purchase a tablet based on Android. Surely you want to buy a model Ponuhee to get the best functions and the latest OS, so select the Samsung Galaxy Tab S7 mentioned above.

Despite the fact that when buying an iPad, you get a smaller memory, the difference in Price is still noticeable. And considering all the points mentioned above, it makes no sense to overpay for the device on the basis of android.

If you need a tablet for the Internet, games and viewing video content, then the usual iPad will do it all for less money.

What if you are interested in a tablet for professional use? If you do not mind to pay a little more, we recommend paying attention to the 11-inch iPad Pro - prices for it start with 67,000 rubles for 128 GB of memory. Of course, the price is not cheap, but if you want to get the maximum experience when working with the tablet, it is probably worth additional costs.

When buying an iPad, you know exactly what you will receive OS updates for many years immediately after their release. In addition, Apple highlights iPados as a separate operating system with special features for the tablet. Android did not receive any updates for tablets for many years.

It makes no sense to spend tens of thousand rubles on the tablet, if your only goal is the game. In most mobile games there is nothing special, and many of them are styled by in-game purchases that negatively affect the gameplay. In addition, many of them can be played on their smartphone.

If you want to play anything interesting, why not buy Nintendo Switch? For the price of the tablet (or even less) you get access to the SWITCH extensive library, in which there are many interesting games. The prefix is ​​portable, so take it with you on the road will not be any difficulty.

For general use: Chromebook

To be honest, it is quite difficult to perform on the tablet any serious work, especially if you do not buy the keyboard and other auxiliary accessories.

If you need an additional device that can be taken with you on a trip or use lying on the sofa, pay attention to Chromebook - laptop computer with physical keyboard, which happens different sizes and shapes.

Some chromboards are 2-B-1 devices, so you can add them and use as a tablet. Agree that you purchase two devices for the price of one better than buy Android tablet. Modern Chromebook can also run Android applications thanks to the support of Google Play Store.

Here we considered the reasons why you should not buy Android tablets. The main problem is that the market is basically shrinking and frozen in place. Now devices with outdated versions of the operating system from Google predominate.

In addition, the best modern Android tablet is more expensive than the iPad, which makes it unnecessary for ordinary users. The conclusion is that any other device is superior to the Android tablet.

It is also worth noting that many smartphones now have large screens making small tablets useless, and e-readers such as the Kindle are much better suited for reading. If you don't have a good reason to buy a tablet, then you shouldn't pay attention to this type of device at all.

What is OEM products and why buy it profitable?

Most wanted apps for iPhone

How to choose an SSD for your computer

How to use voice recorder on iphone?