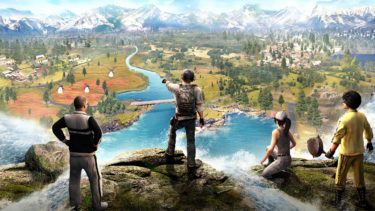 Modern smartphones can be heated to too large temperatures. Why does this happen and can you fight it?

Push-button phones never heated. The first smartphones operating under the control of Symbian and Windows Mobile operating systems did not have such problems. Everything changed only with the promotion of Android. With the development of this operating system, increased requirements for processor power began to occur. Also began to appear non-refined applications that adversely affect the performance of the device. And it is only a few reasons that cause overheating of a smartphone or, in rare cases, a tablet.

Most often, the degree of heating of the device depends on the processor. As an example, let's remember the home computer. In its system unit, also is the processor. But it is hidden under a massive cooler, as the chipset under load heats greatly. ARM architecture used in mobile processors made it possible to reduce power consumption, and at the same time and reduce the degree of heating. But sometimes the device is still seriously heated. Why?

The fact is that not every processor is ideal. Sometimes engineers admit some errors that are detected only after the mass production of the chipset has been launched. Something similar happened with Qualcomm Snapdragon 810. The product got a huge computing power, but at the same time the processor under little serious load began to heat up much. Against the background of the competitors, he was incredibly hot - it was especially noticeable when shooting various devices by thermal imager. MediaTek from a similar, but less noticeable problem suffer from Helio X10, X20 and X25 chips. 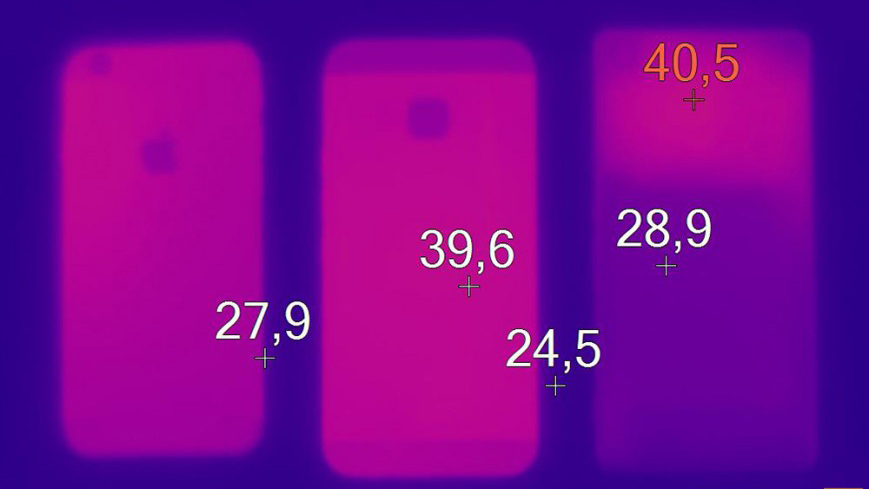 You can't do anything with the installed processor. It is also not worth worrying for the smartphone. With a strong heating, the system reduces the clock frequency of the chipset. This reduces performance, but it saves the inside and the battery from damage.

Using a smartphone while charging it

Push-button phones at one time could be safely used at the moment when they are being recharged. But modern smartphones receive current with a very high voltage from charger. And if you are talking on your smartphone at this moment, then a heating processor will be added to this. As a result, severe overheating may occur. And in rare cases, this leads to battery swelling and even fire.

Never talk on the phone when it is charging - after all, it is not difficult to disconnect it from the charger. But you can open a browser and perform other simple actions.

Another problem that cannot be dealt with. It happens that the device heats up due to the fact that the engineers have messed with its insides. Remember Samsung Galaxy Note 7 — there, the creators did not add space between the battery and the case walls, which made cooling extremely inefficient (there was also a problematic controller that did not take the phablet into reboot when overheating occurs). In the case of using the Snapdragon 810 and some other processors, the installation of heat pipes operating in the manner of a passive cooler is required. Do I need to say that some manufacturers are abandoning this idea for the sake of savings?

Some people do not want to part with their gadget even on the beach. And then they are surprised that their Android phone is heating up and the battery is running low. If direct sunlight falls on the body of the device, then the smartphone cannot help overheating. The plastic case heats up the most. You can solve this problem very easily: do not take your smartphone out of your bag on the beach. In the end, this way you will rest not only your body, but also your mind.

Earlier devices from Nokia got very hot when using GPS or Wi-Fi. Now wireless modules are more energy efficient, and therefore they practically do not emit heat. But there is one exception. The mobile communication module itself depends on the quality of the coverage and the equipment used by the operator.

If you are in a car, bus or other form of public transport, then the smartphone will regularly switch from one tower to another. With poor coverage, the device will regularly switch from 4G to 3G and back. If this is this situation in your city, then you can leave only a 3G connection for the time of movement in transport - this will reduce the heating and increase the duration of the offline work. This is done as follows: 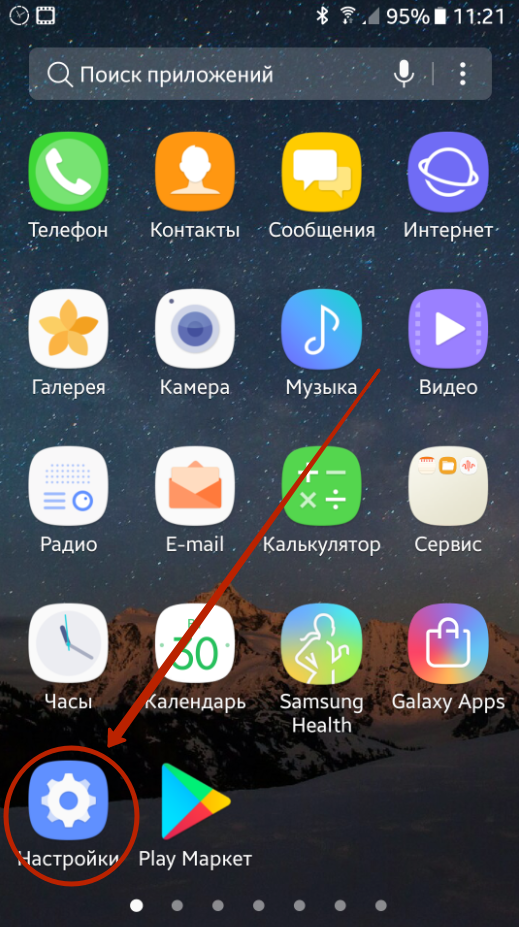 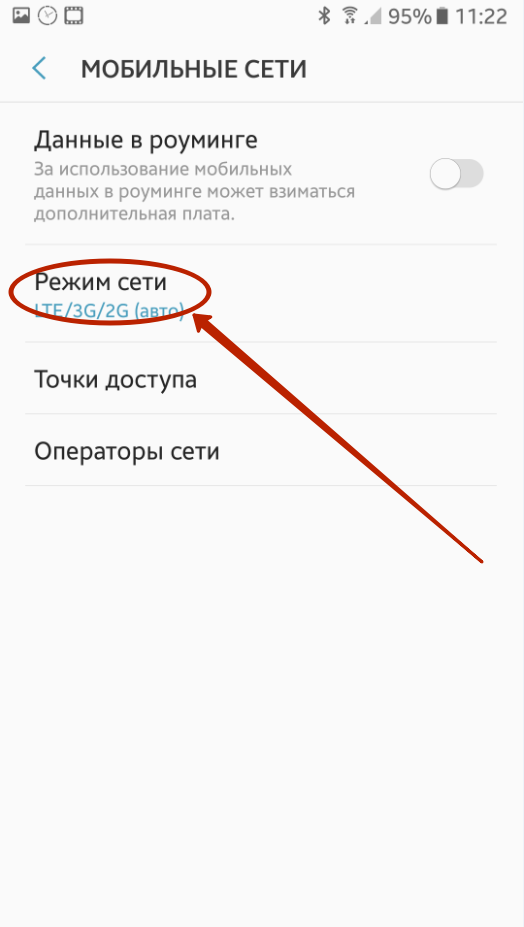 Step 5. Select the option you need. Please note if your smartphone does not support the LTE network, only 2G and 3G will be in the list of available options. 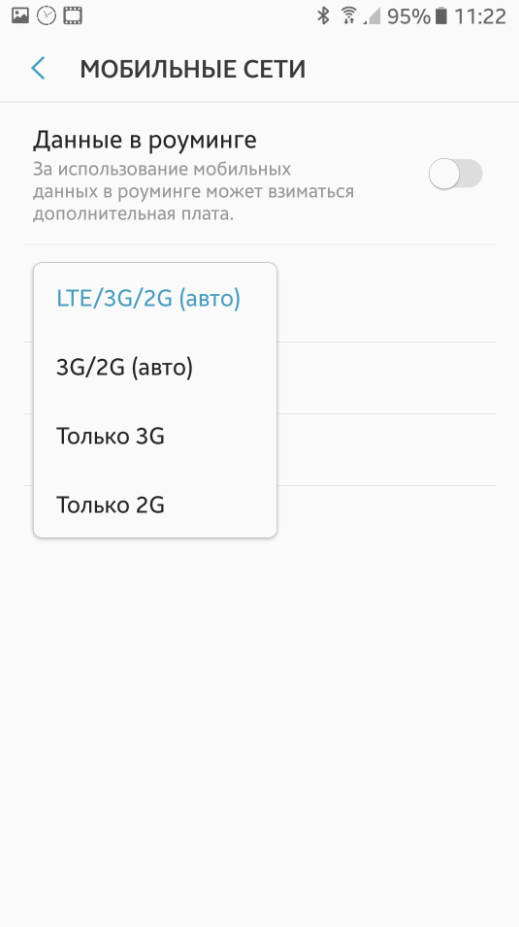 The device may be warm when downloading large amounts of data. For example, you can via a torrent client for Android download a high resolution film, which weighs about 7 GB - at this point the smartphone can warm up to a sufficiently high temperature. If it scares you - in the settings of the application, you can set a speed limit, then the load on the device will decrease.

Virtually any processor under a certain load begins to heat up. Modern chipsets in many modes of operation use only two or four cores. This allows it to be practically not heated, at the same time it reduces energy consumption, extending the duration of autonomous work. But some applications have bad optimization - they load the chipset on the full program. Do it and practically all games with three-dimensional graphics.

If everything is clear with the games, it is much more difficult to identify voracious applications. You can see which of the programs most spent battery charge. But this does not mean that it is they who heat the processor, although the probability of coincidence will be high enough.

From well-known programs, we recommend deleting or at least disable Facebook. The client of this social network collects almost any information about the user's activity, which adversely affects the performance of the device.

Physical defects of the smartphone

If you wondered why a phone is heated on Android "only six months-a year of use, then it is fault Either some kind of installed application or physical defect. If you regularly drop your device, then lean to the second option. As a result of one of the falls, the antenna could move, which leads to a deterioration in the reception of the signal - the smartphone will try to improve its software methods every time, thereby straining components. Or the moisture could oxidize the contacts, thereby causing elevated resistance - the energy in this place will go into heat, increasing the temperature of the battery.

If you think that the problem is precisely in the inlets of the device, then contact the service center. There will help you, even if not free.

How to transfer data from android for android

Most wanted apps for iPhone

How to recover deleted files on Android?

How to trim the video on the iPhone?

6 most incredible phones from MWC 2019