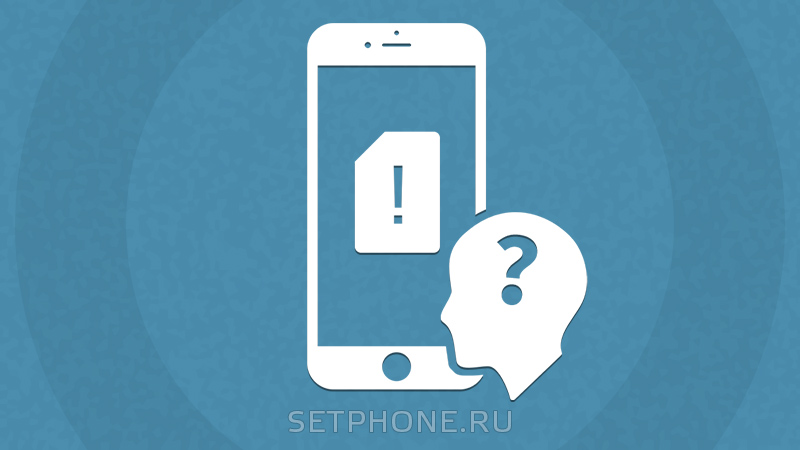 If the iPhone does not see the SIM card, the owner of the gadget does not immediately "sprinkle ashes head" - first it is worth finding out the reason. It is possible that no more than a few minutes will leave for this problem.

Despite the fact that the iPhone is considered the most reliable mobile device, its owner is also not insured against breakdowns and related remittant cash spending. A common malfunction has recently been the failure of "apple" smartphones to recognize SIM. On the iPhone screen, which stopped seeing a SIM card, a similar message appears:

There are plenty of possible causes of such an error. We will tell about each of them and give recommendations what to do to solve the problem.

Most A frequent reason why idhone does not see the SIM card - incorrect SIM trimming. It is not so difficult to perform a trimmer - even a dilettant, armed with scissors, can cope with this work. However, the risk of touching the chip and thereby remove the SIM is always there. Employees of salons that cut cards for money are also not able to ensure that everything will be "like oil".

The case can be not only in incorrect trimming. SIM cards have a property to demagnetize - that is, failure without a visible cause. The refusal of the iPhone recognize sim card is caused by the fact that the card has an old sample chip. Now such chips are used extremely rare, but no one is incorporated from the "meeting" with them.

Here are such SIM cards to users of the iPhone there is nothing to try to trim: 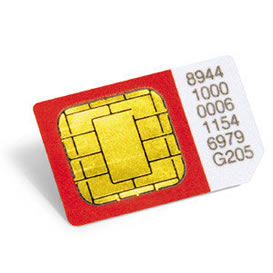 How Check if the case really is the case? Very simple: get the card from the phone and insert into another device with a suitable connector under SIM. If this device does not see SIM card, you need to proceed with the passport to the communication salon and ask the consultant to replace the card. The procedure is completely free; She takes no more than 5 minutes.

After replacing SIM, the number on the card will not remain. Therefore, before you go to the service office, it is worth to copy contacts from the iPhone to the computer.

If another machine recognizes a card and does not experience any problems when working with it, the owner of the iPhone will come true - to solve the problem just as simple Will not succeed.

The presence of SIM-Lock on the iPhone

Large shops and networks of salons are "locked" iPhones do not trade. But when buying a gadget in a small shop, in a buying or "from hand" on Avito, there is always a risk of getting a device that can work with a SIM card of only one provider - and the fact that the services in Russia does not have.

Most often, the iPhons are locked under the sims of AT & T and Verizon operators.

Of course, the best way to solve the problem with SIM-lock will return the device to the unscrupulous seller and the subsequent purchase of the gadget, certified for work in Russia. However, most often sellers refuse to return, argumenting by the fact that the smartphone is working - because the SIM-Lock is not a breakdown.

"Hang the nose", being with the "mounted" iPhone in your hands, do not need - this problem has many solutions:

The official "unlock" has a significant advantage - it does not entail the loss of warranty on the iPhone.

The fact that the "apple" gadget does not see SIM, may be a consequence of iOS software failure Because of which the firmware of the cellular modem was selected. To identify such a malfunction without having a special equipment at hand, will not be able to. However, if the user tried to install several cards in the gadget and the device did not recognize any one, it is not worth a hurry to the service center. First you need to try to change the firmware on iPhone.

Itunes should be used to replace the firmware. The user must be connected to the PC gadget, go to the device control

and click on the " button to restore the iPhone..."

iTunes Self The latest official firmware and install it on the smartphone. If the user wants the iOS on its gadget in the current version and not updated, it should independently find the appropriate firmware on the Internet (IPSW format file) and load it to the mobile device by pressing the combination " to restore" (in iTunes) + SHIFT (on the keyboard).

To replace the firmware, it is better to use the ITunes mediacombine of the latest version.

If the flashing did not solve the problem with SIM, most likely, the iPhone broke.

is just a few reasons that can lead to the physical breakdown of the iPhone and the inability of the gadget to see SIM card:

If the user is inactively inserts the idone tray, it can cause a malfunction for a SIM card. Eliminate such a breakdown will be only one way - a complete replacement of the slot.

Whatever the cause of the iPhone malfunction, disassemble the mobile device and try to solve the problem independently is not recommended. There is a risk to make only worse. To accurately diagnose the breakdown and correctly eliminate it can only specialists from service centers that have professional equipment at their disposal.

Regarding the finance, it is not necessary to worry much: with a modern, proceedable level of competition, service centers establish enough loyal prices for their services. Replacing the SIM connector, for example, will cost the owner of the iPhone at 1.5 - 2 thousand rubles.

What an iPhone sees a SIM card is almost always a consequence of the inaccurability or inattention of the Gadget owner. Even if the user has become a victim of an unscrupulous seller, who "has" a locked smartphone, he should only blame himself - this he did not pay due attention to preliminary verification of the expensive device.

Solve the problem much more difficult than warning its appearance - and in addition, more expensive. If the iPhone does not see the SIM card, because it is "locked" or broken, the user will definitely have to part with a certain amount of money in order to make the device workable. Frequently corrected the situation only if the problem lies in the SIM card.

The phone does not see the headphones: what to do

iPhone does not turn on: the apple is burning and goes out

How to Check the Security of an Android App?