The wider the assortment of McBooks, the hardest flour of the buyer. Still: Prices for "apple" laptops such that it is impossible to make wrong.

Before the manuals for choosing MacBook needed, there was no need, since the assortment of "apple" laptops was limited to only 2 models. The main criterion of choice was the sum of the potential buyer. Little money - take the air, a lot - Pro.

Now the buyer's headache has been gained because the range has expanded. Several compromise solutions appeared - in particular, Liliput MacBook (simply) and model Pro 13 without Touch Bar. The article will present current models and help choose the best McBuck.

How is MacBook better than an ordinary laptop?

Before you go to the store behind McBuck, you should ask yourself a question: Do you understand why you need a "apple" device? It is better to carefully weighed all the "for" and "against", since the purchase of MacBook - the pleasure is not cheap. For money that you spend on the most promotional laptop from Apple, you can buy a very good and powerful device with Windows "on board".

Why then users prefer products from Cupertino? She has a number of advantages:

The main disadvantage of Macbooks is the meager number of programs and games adapted for iOS. The second most important is, perhaps, a small number of ports. The MacBook model, for example, has only one port ( USB Type-C ) – and that one is for recharging.

Let's say you decide to stick with an Apple device and find the money to buy it. Next, a pleasant headache awaits you - choose a Macbook. We will briefly describe each of the models that are sold in 2018-2019 below.

Air is a suitable option for those who doubt whether after Windows they can get used to MacOS, its features and closedness. This model is cheaper than others, as it is considered somewhat outdated. Macbook Air can be bought for 65-70 thousand rubles. 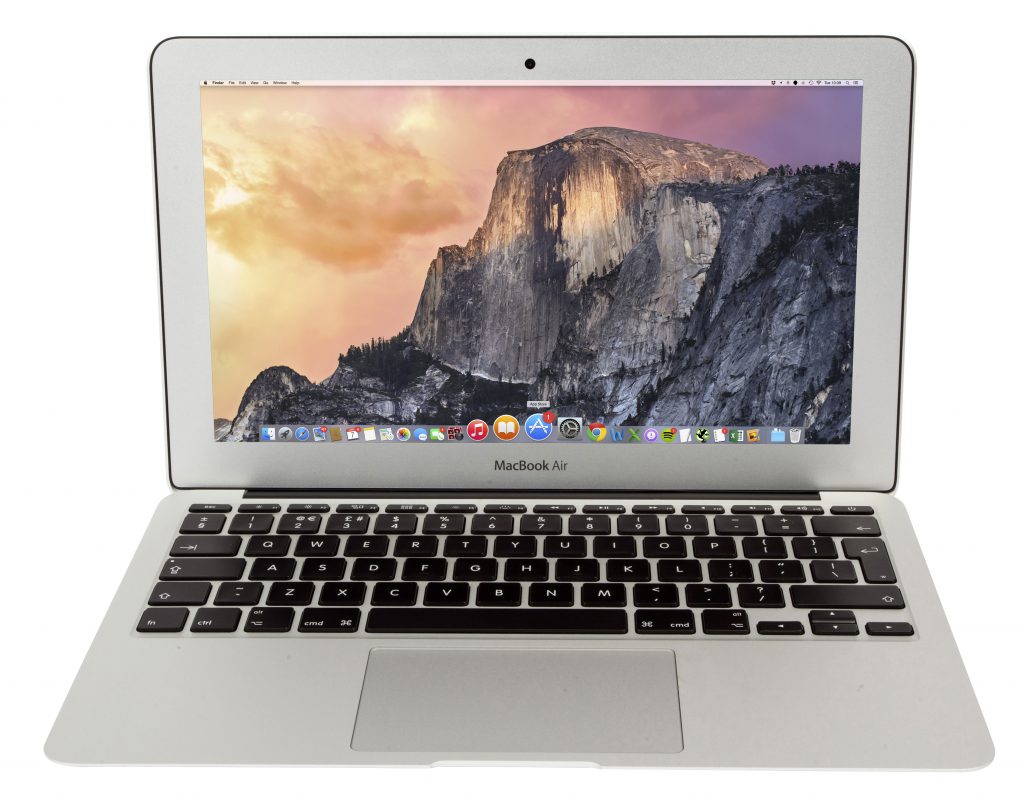 Air is a very light laptop, weighing about a kilogram. It has a sufficient number of ports (a couple of regular USBs) and a slot for an SD card (which makes it very easy to transfer data, for example, from a camera). But, alas, the trouble is with the screen: its frames look too large at the present time, and the resolution is ridiculous - 1440 × 900 pixels. You can’t call the keyboard modern either - it doesn’t smell like “butterflies”, the key travel, according to user reviews, is unusually large.

Most likely, in 2019, Air will become part of history and disappear from the windows. Therefore, those wishing to buy a cheap Macbook should hurry up.

In terms of dimensions, the MacBook, released in 2016, is the most compact. It weighs even less than Air - only 900 grams. The language does not turn to call it a laptop - it is rather a netbook. The screen size of the device is 12 inches. MacBook is the ideal companion for those who, on duty, have to travel frequently on business trips.

Even if you compare just visually, you understand that the MacBook is a newer and more advanced product than the Air. "Baby" looks neater, its screen has small frames. And when you use it a little, you will see that Apple in just a year (Air was released in 2015) has taken a big step forward. The MacBook has a comfortable modern butterfly keyboard and a contrast screen with a resolution of 2304 × 1440 pixels. In addition, the MacBook is passively cooled, thanks to which it works silently.

We have already mentioned the main disadvantage of this model - there is only one USB Type-C port. But this is a logical consequence of the compactness of the device. We also note that the MacBook is significantly more expensive than the Air model - you will have to pay about 100 thousand rubles for it.

The MacBook Pro is not as straightforward as the models described above. There are many modifications in this series, which differ not only in the amount of memory, but also in the diagonal of the screen, the presence / absence of the Touch Bar, the year of manufacture - and, as a result, in price.

The Touch Bar is a touch bar that replaces the F1-F12 key row on recent Apple laptops.

Do not rush to label the 2015 model as “old” and refuse to buy it! This device has good functionality and a reasonable price. The 2015 MacBook Pro costs the same as the "baby" MacBook, but:

True, this model is not so convenient when traveling - the laptop weighs over 1.5 kilograms. In addition, the 2015 MacBook is problematic to find on sale in stores - apparently, in 2019 this will become an impossible task at all.

MacBook Pro 2016 without Touch Bar can hardly be called an alternative to MacBook because of the big difference in price (about 15 thousand rubles). But this “apple” laptop is considered by many users to be the best in terms of the “price-functionality” ratio. The 2016 Pro models are easy to distinguish from their "predecessors" - their Touch Pad is simply gigantic. 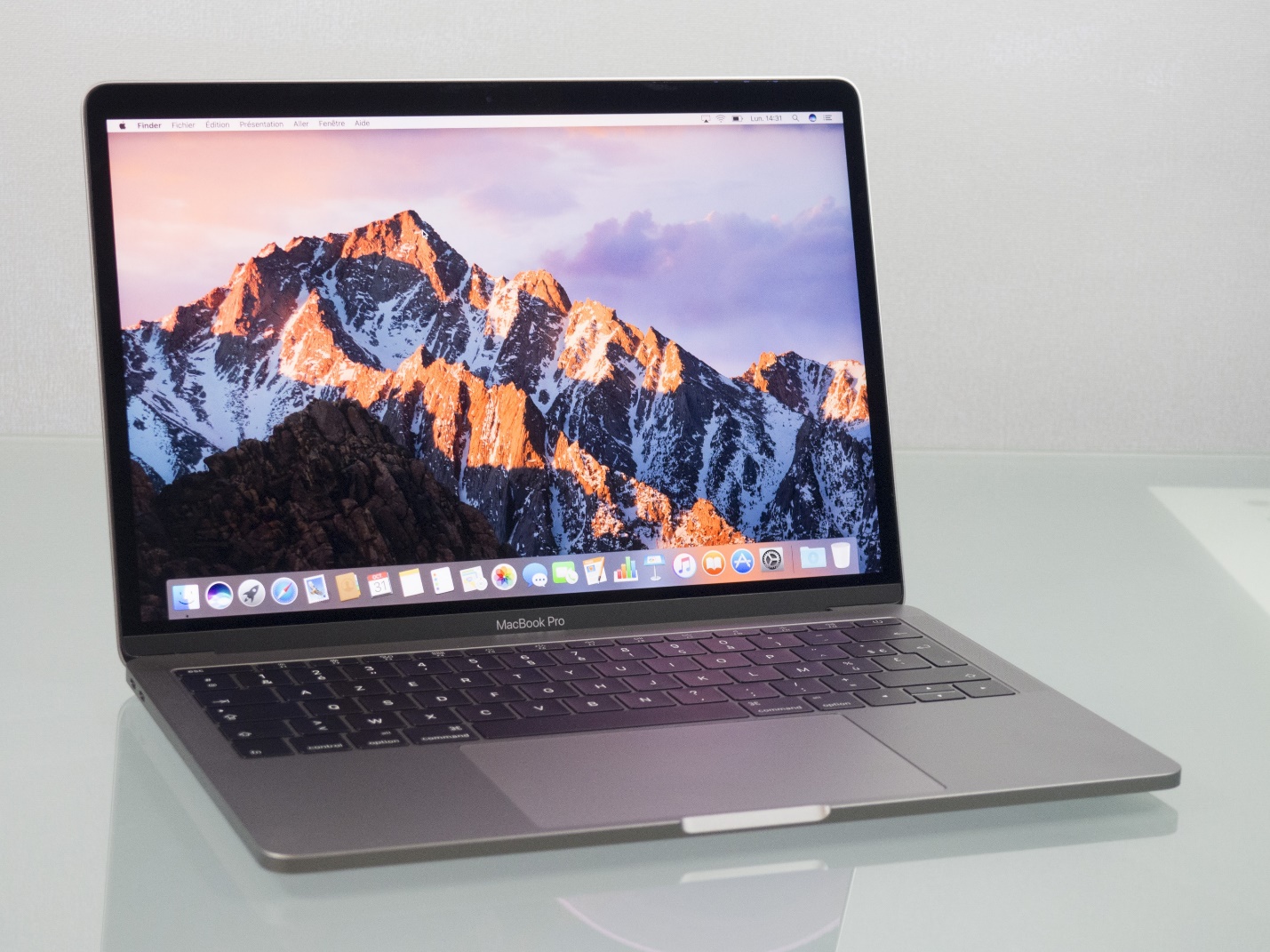 It may seem strange, but the new Pro models are even slightly inferior to laptops released in 2015 in a number of criteria. They do not have USB connectors and slots for an SD card - only USB Type-C. In addition, the new models have less capacious batteries - no longer 5800 mAh, but only 4300 mAh. The laptop is only enough for 5 hours of battery life. Perhaps for these reasons, users in 2019 will remember the MacBook Pro 2015 with nostalgia.

Let's dwell on the differences between the 2016 models with and without Touchbar. There are more than you probably think:

Design, of course, is also important. Touch Bar is the image thing thanks to which the laptop looks special. But is it worth overpaying 20-25 thousand rubles for such visual sizes? Let us leave this question open.

The flagship model admires the design and functions to the same extent that it scares its price. In the simplest configuration, it stands as a used foreign car, in the "tricky" as an apartment in a deaf province.

MacBook Pro 15 Traditionally take the guy suspended on performance, or successive entrepreneurs who have to work with large data volumes and Require from a laptop to perform resource-intensive operations. For example, for rendering video or in recording studio, this device will be indispensable.

MacBook Pro 15 put Core i5 and Core i7 processors with Broadwell architecture and clock frequency to 3.1 GHz. For those who do not say this data, we will specify: the laptop performance laptop is enough for several years.

Volume of RAM is also varied and depends on the modification - 8 GB or 16 GB.

Outstanding performance is the key dignity of the MacBook Pro 15, but it also has other advantages. This is a magnificent screen, characterized by color coverage P3 (color space by 25% wider than when RGB), and loud speakers that sound no worse than columns, and premium design. True, with all this, the laptop is inferior in autonomy, other actual models.

How much does MacBook cost in 2019: Table

Without pretending to pharmaceutical accuracy, we have collected in the table prices for McBooks, topical at the beginning of 2019 years:

Prices are taken from the official website of Apple. If you explore " Yandex. Market", you can find stores that sell cheaper.

Here we will not give banal tips in the Spirit "Choose, pushing out from the amount of cash." If you firmly decided to buy MacBook, it is understood that you have a sum of 120-150 thousand rubles. Otherwise, there is enough money only for an outdated AIR, from working with which you will not get as much pleasure as from the use of new models.

The best option for the purchase in 2019 looks like model MacBook Pro 13 2016 without Touch Bar, which costs about 114 thousand rubles (in Re: Store ). This model came out only in 2016, it is considered one of the freshest and looks with its wide touchpad just great. But if you are not so important than the release of a laptop, like its autonomy and the presence of a variety of ports, it is better to buy MacBook Pro 13 2015. This machine will also be cheaper - you will probably find an offer for 100 thousand rubles.

But MacBook and MacBook Pro 15 models are more specific. MacBook is a "modest kid" and "Ladiesky", glorious primarily with its compactness. And Pro 15 - on the contrary, the device for serious people, ready to spend serious money on high-quality equipment.