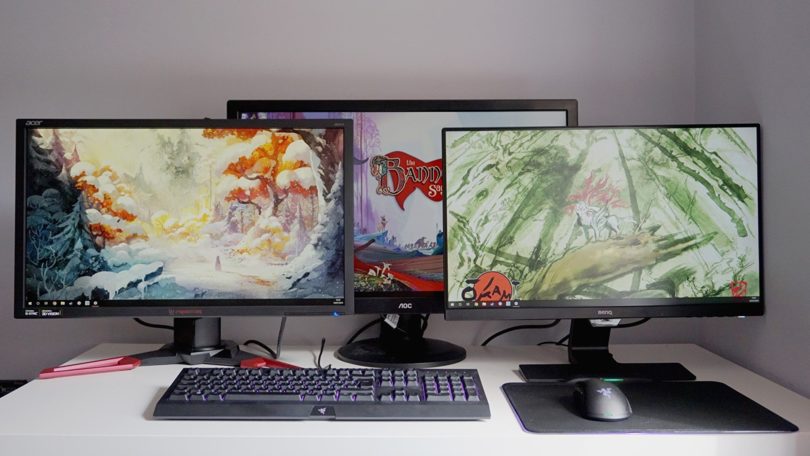 Computer monitors have passed a long way of development. It all started with huge, bulky models, and now we have displays for every taste: ultra-thin, ultrashire, gaming and many-many others.

All of them differ from each other in color, price, viewing angles, screen diagonal and used matrix. It is about the last and will be discussed in this article.

What is a matrix? 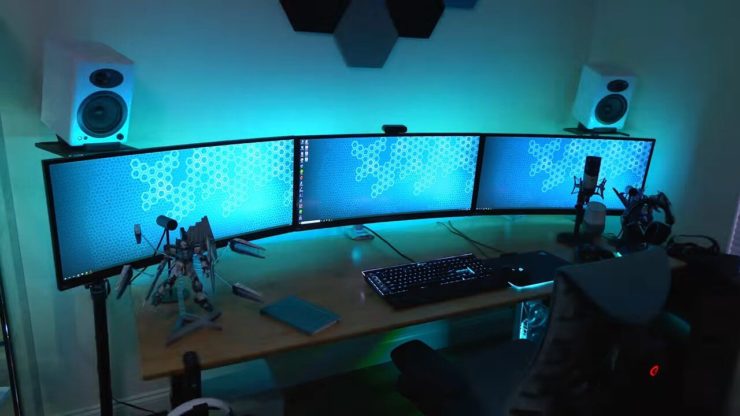 The choice of the matrix when buying a monitor - the question is extremely controversial and complex. But first, we suggest find out what it is.

In the appearance of the matrix is ​​a glass plate, inside which contains liquid crystals that are responsible for changing the color.

Thus, the matrix, in fact, is directly working part of the monitor, which is responsible for the transfer of colors on the screen. 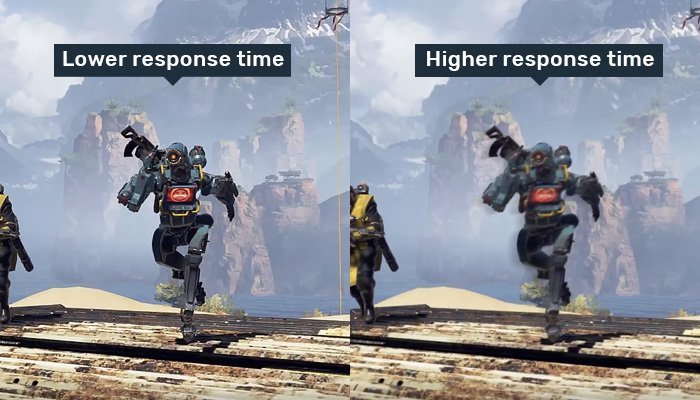 Answer the question of which matrix is ​​better, it is impossible without mentioning such a term as "response time". This indicator is measured in milliseconds (MS) and is responsible for the minimum time required by the pixel to change its brightness.

Here you can immediately designate what type of monitor matrix is ​​best suited for gemina. As you could already guess, with the minimum possible response time. And what about everyday tasks? Over time, 10 ms response and less. 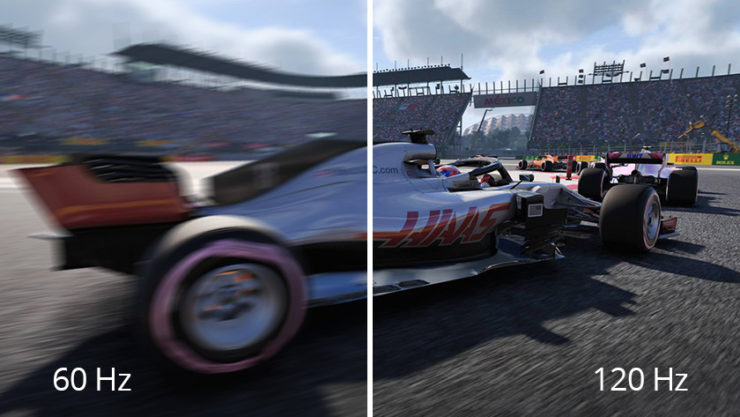 About what matrix is ​​better suited for gemina, the indicator will tell Update frequency. The picture on the screen changes very quickly, because of what the highest quality monitors are capable of updating with a frequency of more than 120 Hz.

What matrix is ​​better suitable for the monitor as a whole? Of course, with good viewing angles. What is it? Here everything is simple: just just look at the monitor from different sides. In the perfect display, the picture will be visible from everywhere (that is, from any angle).

Cheap model will not be able to boast such an element. The picture becomes black, blurred and fuzzy. In addition, when using the display of this type of eye is tired much less. 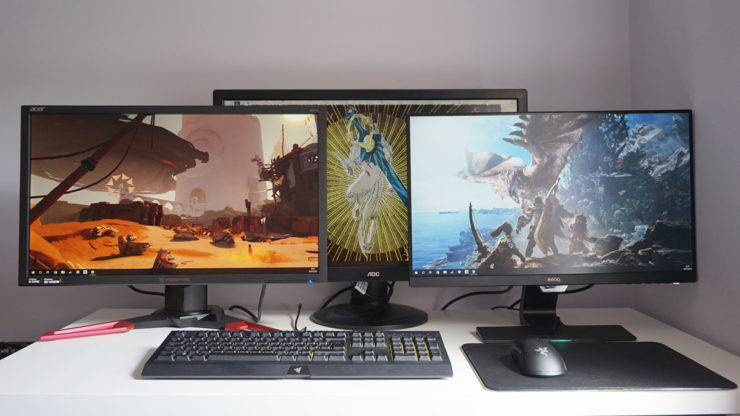 For a fairly time, this matrix was considered one of the best for the monitor. It is simple and cheap, because of what many devices are equipped with it to this day.

Special love for this technology appeared due to its value. It is thanks to the availability of many users are ready to forgive TN + Film all its disadvantages that are not so little.

First of all, the viewing angles are pretty scanty. To clearly see the picture, you need to sit right in front of the monitor. Some manufacturers use a special film to increase the viewing angles, but this will not change the situation globally.

The human eye is a unique mechanism capable of distinguishing more than sixteen million different shades. The TN + FILM matrix will not allow to implement such a feature, since the colors are usually dull, faded and unnatural. However, this is not critical for the undemanding user.

The main users of monitors with such a matrix are office workers. Working with text on the monitor requires a special concentration. Low contrast text is not the best combination, because the eyes get tired very quickly. On the monitor of this type, it is good to watch movies and play games (the response time is smaller, and the update frequency is more).

The only thing that can please this matrix is ​​a quick reaction to black and white shades. However, given the modern "color" realities, it is pretty a weak advantage.

Almost every budget laptop in the world is sold with a TN matrix. 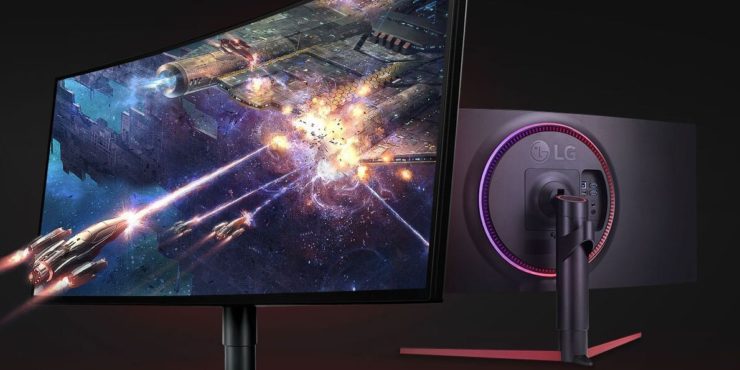 Numerous user complaints pushed manufacturers to develop a new technology "matrix type of monitor ", Which would be better and more productive compared to the previous one.

New Development was called IPS (in-Plane Switching). This type of matrices are manufactured by Hitachi.

What is the main difference between the IPS from TN? First of all, this is a color rendition. The old bulky elt-monitors did not like almost everyone, but they extremely accurately transferred shades. Thanks to IPS, it has the opportunity to re-enjoy bright and rich colors.

The viewing angles were also significantly improved compared with their predecessors.

Disadvantages include color change from black to purple when viewed from the side. Also, the first models were notable for their high response time - 60 ms.

Many users even complained about the low contrast. Blacks appeared to be gray, making typing difficult and nearly impossible to work in applications that required the development of fine details.

However, manufacturers took all this into account and after a while the world saw S-IPS (Super IPS) technology, which eliminated many of the shortcomings. First of all, the novelty pleased gamers: the response time decreased by almost five times - up to 16 ms. This indicator is great for solving the vast majority of everyday tasks.

A little later, the world saw a new matrix, with the development of which took into account the numerous wishes of both gamers and office users - it was called MVA.

when deviating from the center of the screen, some color shades begin to “float”, i.e. be slightly distorted. As for color reproduction, it was noted as quite tolerable and suitable for most tasks.

Of course, not everything was perfect from the start. The first monitors were quite slow even compared to TN models. Sometimes, with a quick frame change, the user could notice a frozen image for a few moments. This problem was solved somewhat later, when accelerated matrices of this type entered the market.

But these monitors are in perfect order with contrast and viewing angles. Particularly expressive is the black color - the detail is brought to the highest level. It is not surprising that professional designers choose MVA.

There is another variation of this matrix called PVA. It was developed by the Korean corporation Samsung and is much faster and more contrast.

It is a pleasure to work with such a matrix, so it has taken its rightful place in a niche for real professionals.

So there are three main types of matrices.

Optical or mechanical switches: what to choose for gaming?

How to choose an SSD for your computer

Portable routers: what to choose for travel?

What memory card to choose for smartphone

Whatsapp and Telegram: Which messenger is better?

The most powerful plates