Wireless technology has many standards. Many of them were offered only on paper, only some exist and develop to this day. One of these wireless networks is called Wi-Fi.

Wi-Fi is the form of a local network used to exit the Internet wireless method.

What does the word Wi-Fi mean?

The term Wi-Fi came to us from of the English language. As it is customary, it has become a reduction from Wireless Fidelity. It was invented in an attempt to find a bright memorable name for recently invented wireless technology, which at that time had a purely technical name IEEE 802.11b Direct Sequence.

But according to Wikipedia and a number of other sources, there will be no deep meaning for Wi-Fi to the Wi-Fi itself. It was invented by Interbrand, which gave advice on branding, after the Wi-Fi Alliance trademark concluded a contract for the development of the name for a new wireless technology. At the same time, it is not mentioned anywhere that the basis served as Wireless Fidelity phrase, reduced to four letters.

Where did Wireless Fidelity come from and why many people continue to assume that these words are directly related to the advent of the term Wi-Fi? There is an explanation. The Wi-Fi Alliance brand advertising campaign was held under the Slogan "The Standard for Wireless Fidelity", and it was already after a new type of communication received its name. It turns out common letters in the slogan and the name of the technology - just a coincidence, no more.

What is Wi-Fi from the technical side? 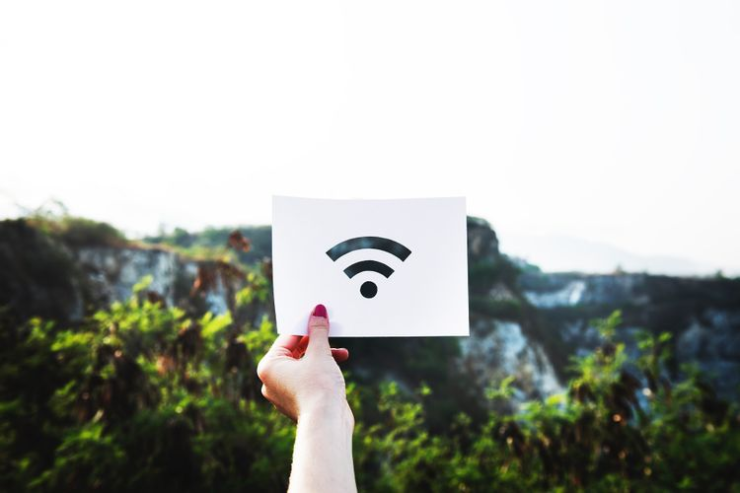 Wi-Fi connections operate in 2.4 GHz frequency bands and 5 GHz without the need for licensing. They do not create interference for wireless networks operating at the same frequencies.

What is needed to work Wi-Fi?

Modern Wi-Fi networks are designed for the same as wired LAN networks: transmit data for short distances at high speed. The only difference lies in the fact that Wi-Fi uses unlicensed frequencies.

Under a small distance, a distance of 50 meters without obstacles is usually understood.

The Wi-Fi standard was developed by the Institute of Electrical Engineering Engineers and Electronics IEEE to provide wireless access in small zones, usually within an apartment or office building.

In order to operate the wireless Internet, it is necessary to have a base station with a wired connection - router or router. It distributes communication to supported devices by radio frequency signals. Approximately the cellular telephone numbers also receive.

How is Wi-Fi used?

Wi-Fi is a convenient alternative to wired networks for exchanging data between devices within a single building or a small location. The range of this relationship varies greatly depending on the power of the router and the presence of obstacles in the form of walls and furniture.

Wi-Fi eliminates the need for cable connections. The Internet cable goes only to the router or a modem, and from it access to the network opens to all devices with a Wi-Fi module through an access point.

Wi-Fi access point is a place with wireless Internet access (usually free) or a device that provides this access. Free Wi-Fi is often offered in cafes and restaurants, airports, hotels and other public areas.

Public access points Wi-Fi are considered unsafe, since they do not guarantee protection against viruses and data embezzlement.

What else do you need to know about Wi-Fi?

Simple manifiers it is not necessary to know the history of Wi-Fi, the differences between different generations of standards and other technical details. But useful can be knowledge about how to choose a router for home, how to connect it and what to do if the signal was weak. Read about all this below.

What are Wi-Fi calls and how do they work?

How to know if someone is stealing your Wi-Fi

How to trim the video on the iPhone?