Considering how many devices surround us, it would be very convenient to somehow save the integrity of the files on all platforms so that the desired was always at hand. Synchronization has been invented for this.

A modern person today uses an inclulted number of services and constantly accumulates any data. From banal progress in online games or other applications, before saving photos, video files, music, important emails and not only.

Most of all this information and files have any importance, so when a mobile device or a computer fails (for example, a hard disk has fallen) to lose all this is quite simple. But here to help and comes such a function as synchronization, which can allow not only to save important data, but also to maintain the integrity of the files and, in some way, their "freshness".

This is especially true for people actively using a computer, smartphone, tablet and other devices. Next, consider the basic ways to synchronize devices of different operating systems and in general will understand why synchronization is needed.

Synchronization: What is this, for what, howworks

In fact, we have already sufficiently exhaustively answered the question About what we need synchronization. Simply put, it simplifies the process of obtaining information from a variety of devices. For example, you use the photo processing program and video on the computer. Suddenly, the developer released the mobile version of the utility that is suitable for your smartphone and tablet.

While at home, you work on installation in the usual place, at the computer, but during travel you can safely do the same on the tablet or of the smartphone screen. And if synchronization did not exist, during work on projects from a computer, you would, for example, could not have access to any sketches created on the phone.

That is, synchronization allows you to link files that belong to the same service account / application account / games between different devices so that you have fully access to everything else. On smartphones running the Android operating system, for example, used Account Google.

It allows you to synchronize elements such as browser bookmarks, contact list, received and sent messages, program data, events in the calendar and so on. Thanks to this, you can easily take any other Android device, logged in your previous Google Account and almost instantly transfer old data. This is called synchronization.

The principle of operation of the entire process is quite simple:

Now that it became clear that it is synchronization, it's time to figure out how To associate various devices among themselves and, in principle, learn how to manage this feature. Let us consider the process on the example of Android devices and a computer.

WINDOWER 10 was very lucky. Microsoft has a special program for any Android devices (version 7.0 Nougat and later), which allows you to establish a connection with the computer. In order to synchronize the smartphone / tablet and PCs, we do the following:

Step 1. Take the mobile device and open the official Google Play application store and download the application "Your Phone Dispatcher - Communication with Windows "or simply go to of this link. Run it.

Step 2. Press the button "Binding a phone and computer". 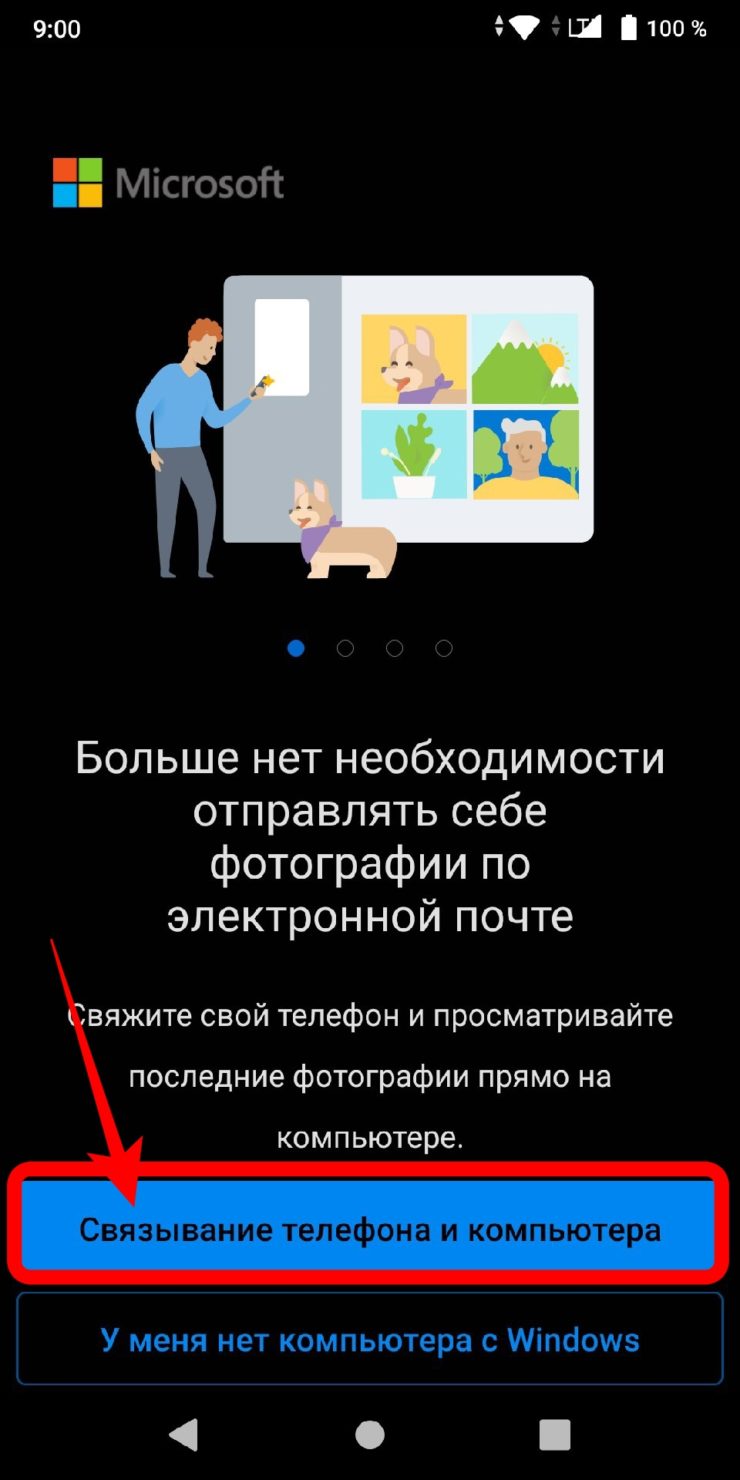 Step 3. On the computer, open the settings menu. Go to the "Phone" sectionand click on the "Add Phone" button. 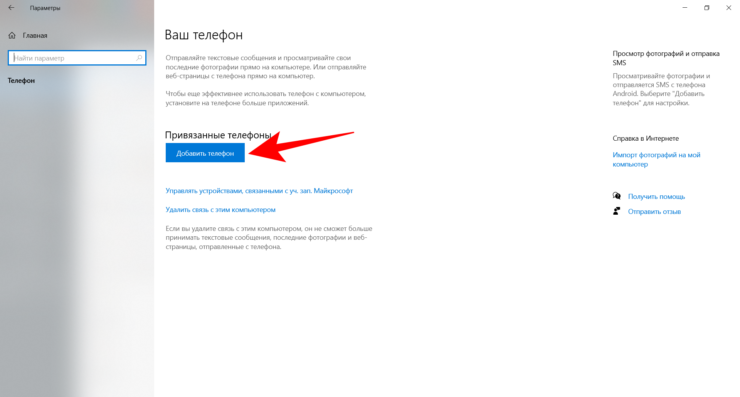 Step 4. Press the key "Getting Started". Next, select "I already have an application-companion", then press "Tie with QR code". 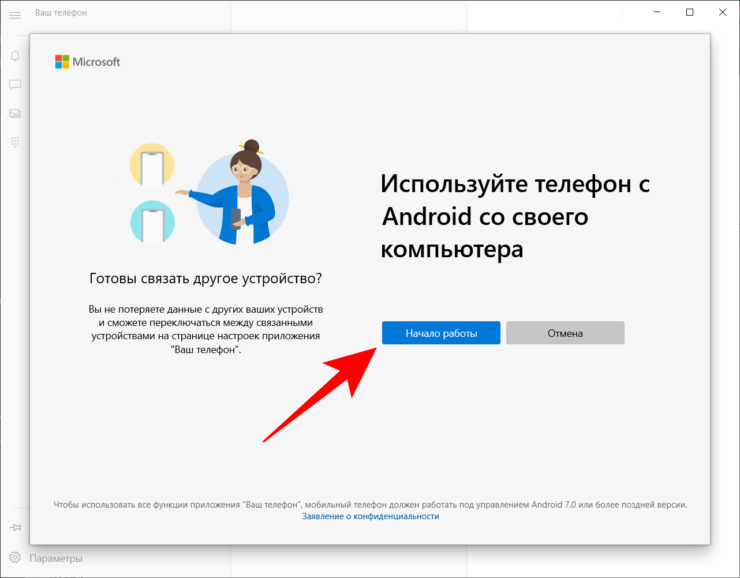 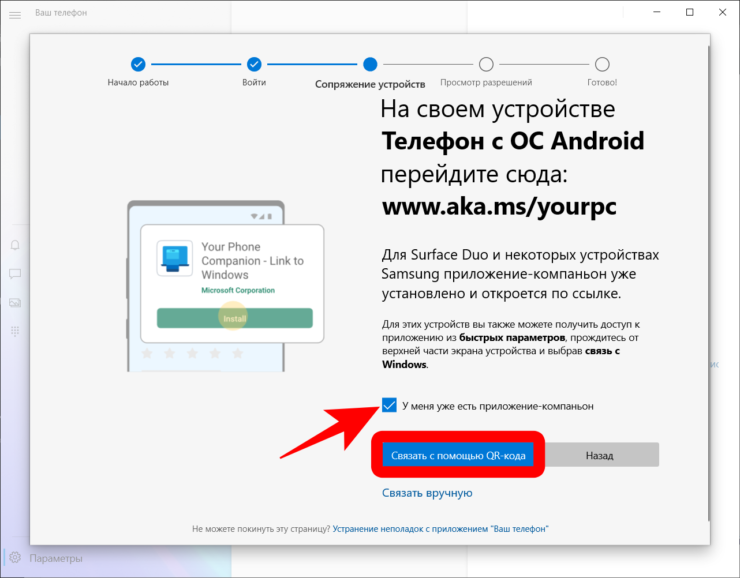 Step 5. after a few seconds on the monitor screen should appear QR code. Return to the smartphone and press the button "Continue".

Step 6. On the device, select "Allow" to gain access to the camera and hover the lens to the QR code shown on the computer screen.

Step 7. Last Step: Take the smartphone again and press to "continue". Alternately provide the necessary permissions that will request a program by pressing everywhere to "resolve". 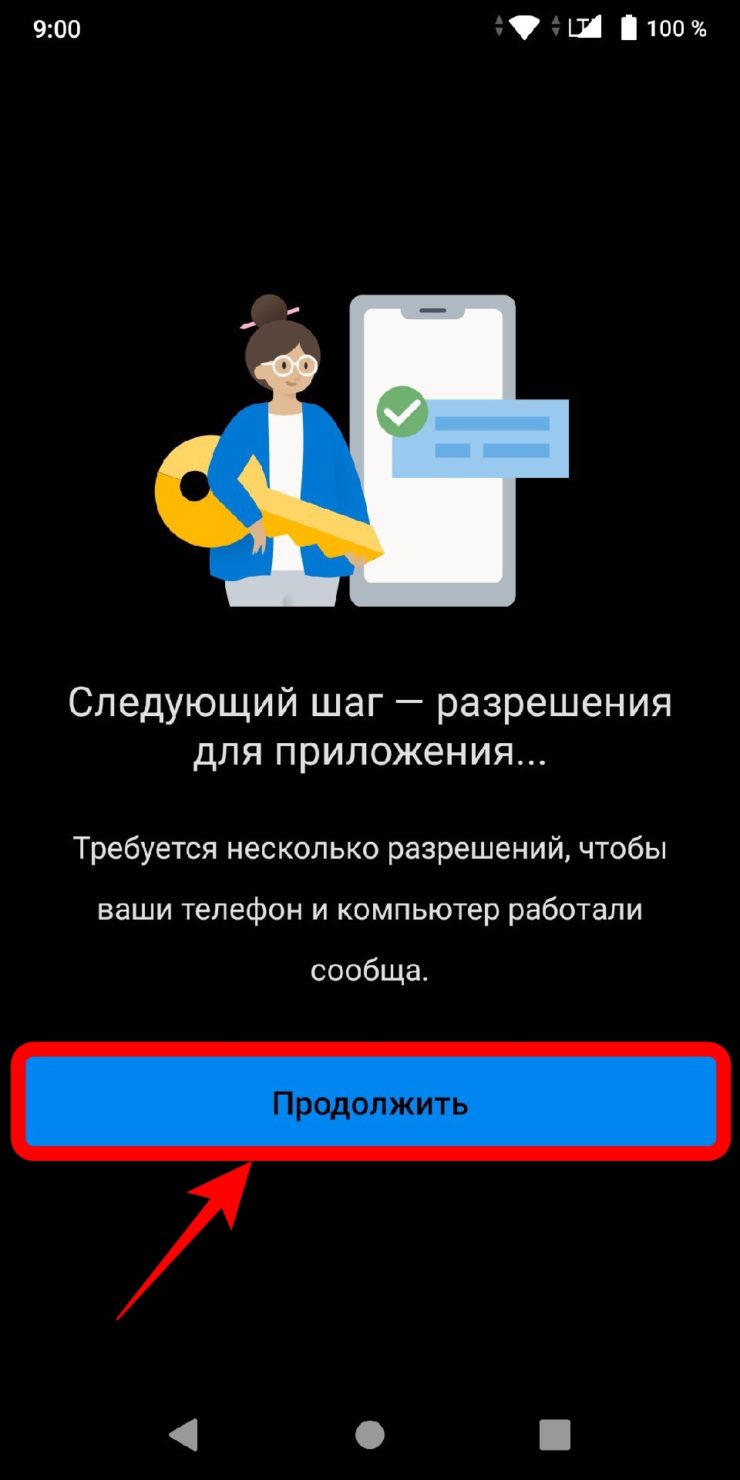 The devices are now connected. Notifications, messages, calls and photos will be synchronized between the computer and the smartphone. If necessary, you can always add a new device, repeating the steps described above.

For those who want to learn about the synchronization between two telephones / android tablets, we already have detailed instructions.

Synchronization is a very convenient feature that allows you to constantly maintain the integrity of the files used on multiple devices. This mechanism monitors all changes and allows you to conveniently exchange data between the devices of the same or different platforms, systems and not only.

Most often this process is automatically occurring, and it doesn't matter whether we change any files or not: they will always remain in integrity and will have a single appearance, despite the fact that we use at the moment.. Although manual synchronization is also distinguished when the user independently makes copies of the data and later restores them at the right moment.

What is FastBoot Mode on Android