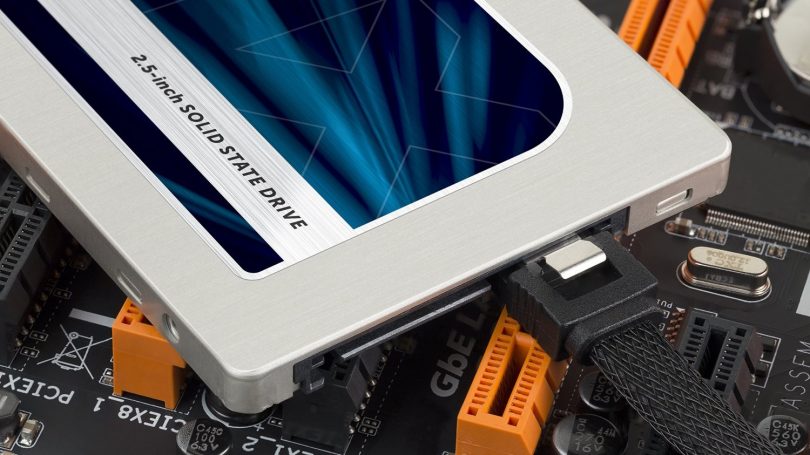 Low probability of failure, endurance and high speed are the main reasons why people today choose solid-state drives, and not classic hard drives.

When assembling a new computer or upgrade, the old one has to take into account a bunch of little things. The main question that worries users is how to make the computer "flew." This is possible if a good processor will stand in the PC, a discrete video card and a sufficient amount of RAM. Much depends on the type of internal memory. In one article, not to tell all the nuances, so we devoted it to one topic - solid storage. Today we will tell how the SSD discs are arranged, what types they are and what their advantages are before HDD.

What is a solid-state drive?

In the computer and laptop, the permanent memory is presented as an HDD or SSD disk. In HDD, information is stored on rotating plates, and is read by the movable head. SSD solid-state drives are arranged in another principle. Unlike HDD, they do not have moving elements. Data is written on flash memory chips similar to those used in smartphones, tablets and USB flash drives. SSD is characterized by high speed: the entire amount of memory is available immediately, you do not need to wait until the disc will be promoted, and the reading head will find the area with the desired file.

Solid-state drives are available in various sizes and with different amounts of memory - from 32 GB to 10 TB. Their manufacture is more expensive than the production of HDD, although every year the price is lowered even below: if five years ago SSD cost 3-4 thousand rubles for 64 GB, then today the same amount can be purchased a 7.5 TB drive.

The advantages of SSD

There are not only internal, but also external solidents.

Solid-state drives are found in all types of computers - from super-power gaming stations to initial level netbooks, and this is not profitable. Before classic HDD and built-in EMMC memory, SSD discs have a number of important advantages.

Lack of mobile mechanics. Any mobile element is a potentially vulnerable place. If in HDD one of the moving parts fails, then with a large share of the probability will have to say goodbye to the entire disk. Winchesters require cautious operation, it is categorically impossible to drop. Here lies the reason for their rapid wear.

SSD is also not eternal. Their resource is limited, but in general they are more durable and reliable than HDD. There are no torque plates in them, no moving head, and they are not so scary to fall on the floor.

Speed. SSD read / write processes are far faster than on hard drives and EMMC, which is very important when working with large amounts of data. Arbitrary access time (that is, access to the opposite disk sectors) is several microseconds, which is why the system installed on SSD is loaded so quickly.

Mobility. Solid-state drives are smaller and lightering hard drives. They can be put in ultra-thin laptops and tablets. The most subtle solid storage drivers have a width of only a few millimeters. Such a size is ideal for use in small devices with high speed.

Low frequency failures. On improving SSD, manufacturers spent not one year. Today, solid-state drives will be submitted much less frequently than hard drives, and their speeds are maintained throughout the entire service life. Low probability of failures is explained by the presence of software functions, for example, automatic ECC error correction.

Size and design. Solid State Drives are available in a variety of form factors: SSD can fit into a graphics card slot, compartment for 2.5 "hard drives or memory M.2. It all depends on the number of memory chips and their location. For any computer you can find a suitable SSD form.

Long service life. The HDD limit is 5-10 years. Moreover, not only intensive operation affects the health of the hard disk, but also such factors as temperature and humidity.

SSD service life is measured in the number of terabytes of information that can be written to it before flash memory cells will lose the ability to maintain an electric charge. Decade can go for it: the drive will rather outreach morally than fails. 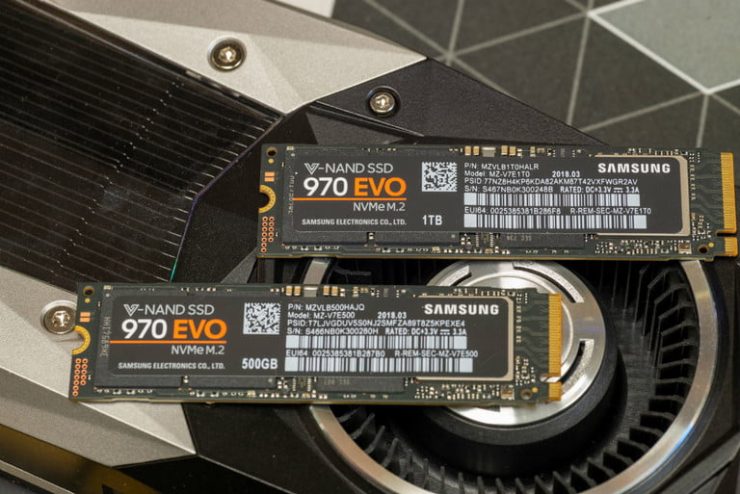 SSD drives differ from the connection interfaces. Each is characterized by its own speed, capacity and heat generation indicators.

SATA III. The last iteration of the long-standing connection interface has maximum compatibility. The presence of SATA III is especially convenient when switching from HDD to SSD, since HDD-compatible motherboards are able to operate with solidotors. This is the most common type of connection, but also the slowest - its speed is a maximum of 550 MB / s. To connect the disk with the motherboard, the SATA loop is required, which often badly affects the cable manager inside the computer.

PCIE. Expansion SlotPCI Express is commonly used for video cards, audio cards, etc. Through it, you can connect to PC and compatible SSD. Its explicit advantage over SATA is a higher bandwidth, on average about 780 MB / s, but in expensive solutions it can be higher.

Recent generation PCIe 4.0 interface drives (their support for the first time appeared in AMD X570 motherboards) provide a consistent reading speed to 5000 MB / s, and records up to 4400 MB / s. It is necessary to recognize that the increased bandwidth does not always provide a tangible increase in computer speed. In addition, the price tag of these disks is two times higher than that of SATA analogs.

M.2. The smallest SSDs are equipped with a connection type M.2, they can use SATA or NVME controllers (this must be clarified before purchase), so speed varies greatly. They have a short contact connector and fit tightly to the motherboard, which allows economically to use the space inside the case. However, due to its compactness, SSD M.2 is easily warm up, it applies to high speed drives. For this reason, they are often equipped with cooling elements, as chips of RAM.

NVME. Non-volatile express memory is a separate standard of solid-state drives. This is the fastest disk interaction with the host system. In combination with PCIE and M.2 connectors, the NVME interface provides maximum bandwidth.

The best gamepads for PS5

Why the phone is heated on android?

Does antivirus need for Windows Phone?

It's time to say goodbye to Google Nexus.