GPRS is one of the mobile data transmission technologies. In many ways, it is with its appearance that everyone binds the beginning of the mobile Internet.

In 2021, the overwhelming majority of people will not be able to submit their lives without the Internet. We use this huge computer network permanently: while working when we are looking for any information or exchange data with employees, while relaxing when you entertain yourself with games or watching interesting films / TV series and other things.

No matter how trivially, but today we really cannot imagine the world without such privileges, allowing us actually to exchange any information with a person at the other end of the world. At one time, it opened the huge opportunities in science and at the moment the Internet continues to develop.

But many probably interested in the question: why did it all start, from where and when for the first time and the phones have access to the network? After reading this article, we recommend familiarizing themselves with with the previous our material, where we told in more detail that there are mobile communication technologies, which kind of varieties there are and what they differ.

This time we will focus in detail on GPRS. Consider the architecture, the principle of operation and compare the technology with earlier and late generations of mobile telephony.

Abbreviation "GPRS" denote the add-in over GSM technology (it is "2G"), which brought a large number improvements and allowed old phones to have access to the Internet. At least, the GPRS support devices could already receive emails and generally exchange data literally through the air, which a few more years ago seemed nonsense, especially for a simple population, in no way related to technologies.

The GPRS is decrypted as "General Packet Radio Service", which translated from English means "radio communications where batch data transmission is carried out. Tariffication here was calculated on a new principle and took into account only the number of information received or sent, and not the time of staying on the network.

As already noted, GPRS is precisely to the superstructure over GSM. This is not a separate technology, but a service based on the development of the World Digital Cellular Standard. It is structurally divided into two parts: BSS and GPRS Core Network. The first is a system in which a variety of services are concentrated to support the work of the batch regime. The second is called the reference network.

The GPRS structure in the case of a mobile phone.

to BSS, in turn, two more blocks are attributed: PCU and BTS. The first - Packet Controller Unit - is used to directly control the packages between the recipient and the sender, the second - Base Transceiver Station is a coding device and is needed to properly interact with TCP / IP protocols, based on which information is exchanged in GPRS between SGSN and GGSN.

Now to what SGSN and GGSN is. The SGSN component denotes the subscriber service node and, as it can already be assumed by the title, it is directly involved in the organization of data transmission. A kinda is a point of connecting all BSS stations and many other services. Speaking with simple words, SGSN acts as a switcher.

GGSN or GPRS Gateway Support Node (from English. "Gateway Support Node") serves to routing outgoing and incoming traffic between the subscriber and the SGSN switch. In general, the composition of the BSS on this ends, and the second part of the GPRS consists of DNS (domain name system) and sets of gateways (special software for the organization of data transmission) for external networks: x.25, internet, etc.

What is the difference between GPRS from 2G and 3G

above, we tried on an understandable human language at least partially introduce you to the GPRS structure, but if you Still, they were able to get tired of the huge number of incomprehensible words and abbreviations, then everything will be even easier. Let's talk now about what the GPRS differs from other mobile telephony technologies, which belong to 2G and 3G. We will not compare architectures and principles of work, but only affect interesting facts arising from this.

To begin with, consider a comparison of the GPRS add-in (often Related to the "bearing" 2. 5G - transitional turn between 2G and 3G) with the main international representative 2G - GSM.

Among the main representatives of the third generation mobile networks can be called UMTS, CDMA and WCDMA. Partially to the same list include HSPA, but this technology, like GPRS, is also a transitional, only between 3G and 4G. Structural GPRS and UMTS are largely similar to each other, since both standards are add-ons over GSM. UMTS sometimes even call "3GSM", emphasizing her belonging to third-generation networks and great similarities with GSM.

Below we consider the main differences between GPRS and UMTS:

How to enable GPRS on the Android device

on any device running the Android operating system you can manually set the parameters Connects to the network. If in conventional settings you can choose only between generations (2G, 3G, 4G, etc.), then in a special engineering menu there is a possibility of more detailed settings:

Step 1. Open Appendix "Phone" on the smartphone and expand the digital panel.

Step 3. In the window that appears, select Section "Phone Information" and go to it.

Step 4. Locate the string "Configure the preferred network type:" and click on it, To deploy a complete list.

Step 5. Select "GSM ONLY" and close the menu. 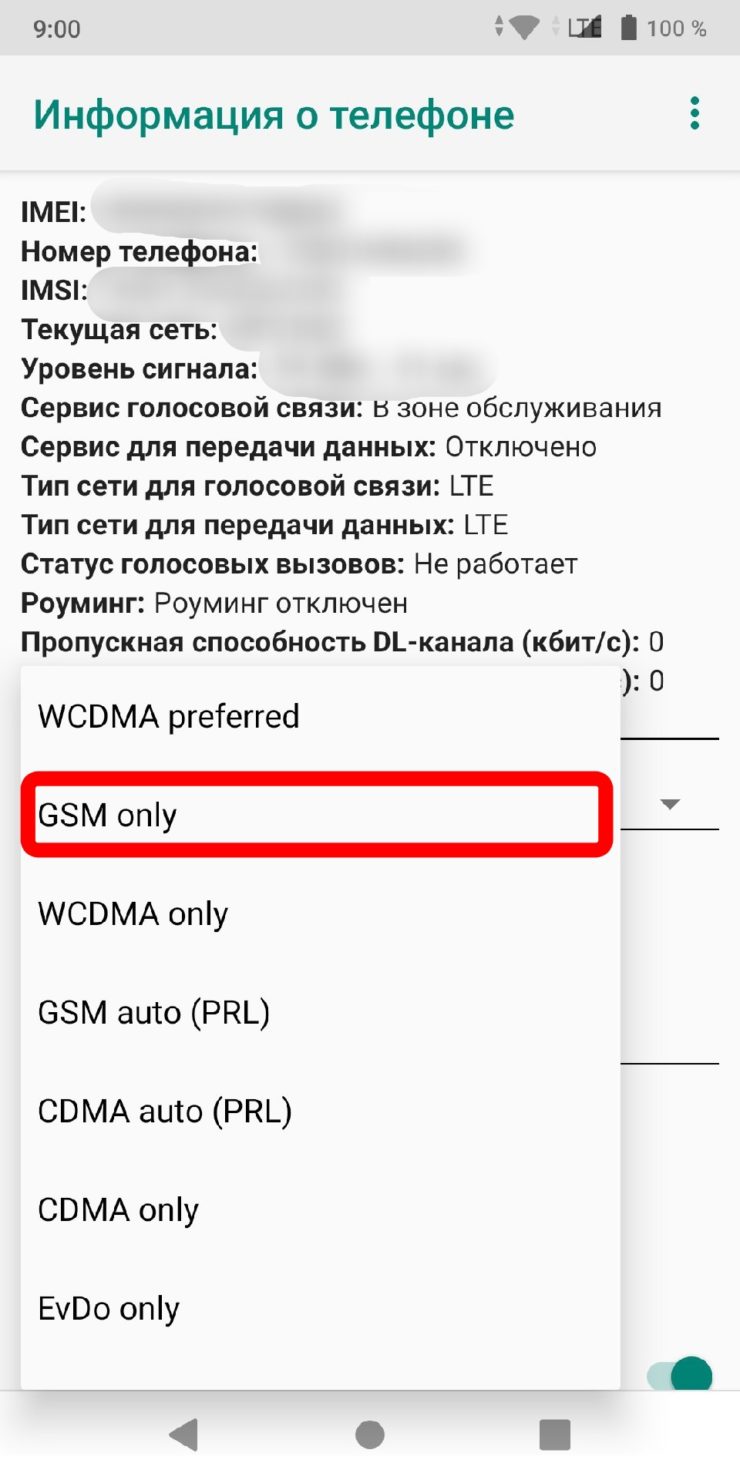 The GPRS technology itself in the list you will not find, as it is an add-in over GSM (such as HSPA) and with a probability of 99% on Any modern device will work by default. To check it, just try to enter the Internet.

The creation of GPRS is a truly significant event, from the moment of which many begin to count the appearance of the era of the mobile Internet. The technology was intended to improve at that time already developed by the standard of mobile communications. And, it is worth recognizing, she completely justified his hopes.

Of course, it is comfortable to use all the benefits of the network, including GPRS, today it will not work. All the more speech about online games, watching streaming video and other things. But at one time the technology provided at least basic capabilities: exchange of MMS, emails and not only.

What is a VPN in the phone

7 signs it's time to buy a new iPhone

How to enable T9 on Android

What you need to do first after buying Galaxy S9