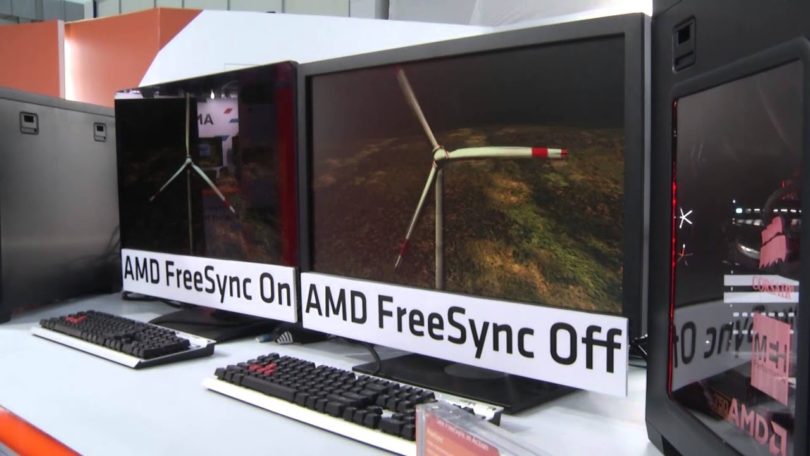 The image breaks appear when the monitor update rate and frame rate of the graphics processor are not synchronized. The gap is a horizontal separation in one or several places of the image. It negatively affects the gameplay, especially if it happens too often.

However, there is a way to synchronize the update frequency with rendering of the graphics processor, but for this you will need the presence of freesync technology. Many who do not know about it, and the use of Freesync does not cause any difficulties. Below we will tell you what kind of technology, as well as describe its use.

What is AMD Freesync?

Freesync allows graphic and hybrid processors from AMD to manage the frequency of updating the connected monitor. Most of them default give out 60 updates per second (ie 60 Hz), but now models are available on the market, which are updated 75, 120, 144 and even 240 times per second!

In general, Synchronization - the main reason for the occurrence of discontinuities on the monitor. It happens because the graphics processor displays the frames faster than the display updates the screen, which is why horizontal stripes appear.

In the same way, if the graphics processor is not able to output the data according to the frequency of the display update, the "Stutter" effect appears on the screen.

If the monitor is equipped with Freesync technology, the device will dynamically update the screen synchronously with frame frequency. If this is a display with a frequency of 60 Hz, then it will support only 60 frames per second. If Performance Video cards drops, then the display update rate is reduced accordingly.

If you are mainly playing with relatively simple games (such as original Half-Life), then you probably do not even need Freesync. High update frequency plays an important role in eliminating screen breaks, so adaptive synchronization technology is not needed if the video card is able to constantly extract the high frame rate.

But if you're playing newer, more demanding titles (like Assassin's Creed: Odyssey) at 4K resolution, then even a powerful gaming PC will only be able to display 40- 50 frames per second, which is quite below the refresh rate of the monitor.

With AMD FreeSync, the screen refresh rate increases or decreases according to the frame rate, so the monitor never refreshes in the middle of the frame and tearing does not occur. 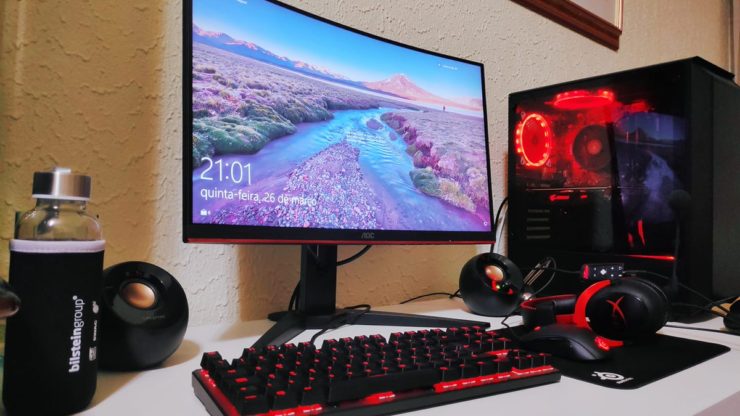 You will also need a compatible monitor or TV that supports VESA Adaptive-Sync. AMD developed and released FreeSync in 2015. In essence, the technology provides two-way communication between the Radeon GPU and special cards installed in certified Adaptive-Sync displays. These boards handle all processing, rendering, lighting control and more.

It may seem that manufacturers just label their devices as FreeSync compatible, and that's it. However, not entirely true: according to AMD, the panels go through a “rigorous certification process to ensure smooth operation and minimal latency.” Nvidia does the same with its adaptive sync technology G-Sync.

Both technologies are competitive in the market, but FreeSync monitors tend to be cheaper than their G-Sync counterparts. This is because models with G-Sync are equipped with a special module inside the display, which makes it much more difficult to implement the technology. This module controls everything from refresh rate to backlight.

A list of all FreeSync compatible monitors can be found at link.

How to enable FreeSync 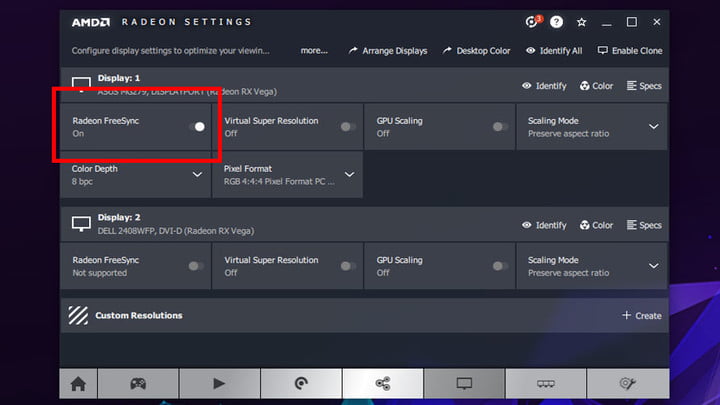 FreeSync itself does not require additional drivers to be installed. If your equipment is compatible with technology, then it is already included in the driver mentioned above. Install it and, if necessary, restart the computer.

Next, go to AMD Radeon settings: Right-click anywhere on the desktop and select the appropriate option in the pop-up menu. Go to "Settings", then "Display"> "Radeon Freesync" and select "Enable".

Note. Some Freesync monitors work only in a predetermined frame rate range, so depending on the game you may need to limit frame frequency.

AMD Freesync Premium is a supplement to Base technology and adds LFC - a low frame rate compensation. It efficiently expands the freesync monitor screen update frequency range, providing flawless smoothness of the gameplay at frequencies up to 30 frames / s or less.

Freesync does not offer any other improvements in its version of Premium, and you can use all the functions in the basic version.

Monitors with Premium Pro give a low delay with SDR and HDR quality, as well as thorough color and brightness certification.

Freesync Premium Pro and its functions - the future, since the HDR function will soon be necessary on all monitors.

WatchOS or WearOS: which is better?

The best applications for watching photos on Android