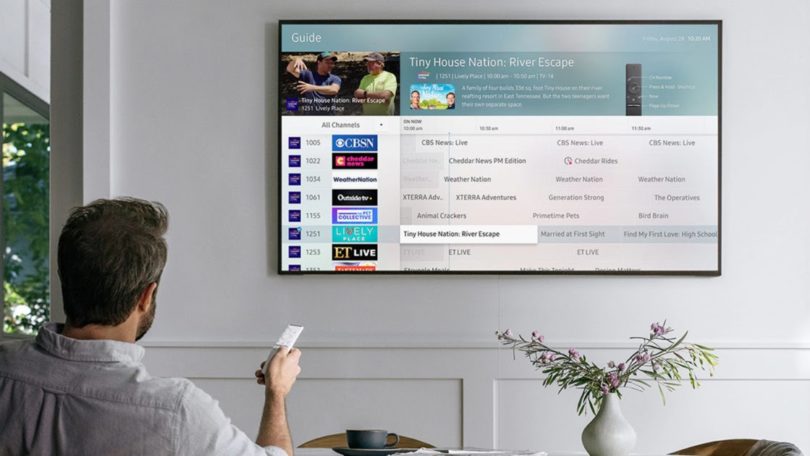 TVs are developing with an incredible speed, but choose a really good model - not the simplest task.

If you did not buy a TV, then you will probably be surprised by the current position of the market affairs. Over the past few years, television technologies have been actively developed.

Before deepening into details, it is important to clarify that 4k and HDR in no way compete with each other. That is, you do not need to worry about what technologies choose. Ideally, the TV should be equipped with both.

HDR is an extended dynamic range. In fact, this is a range of colors and brightness levels that can play display - from the darkest black to the brightest white colors.

Technology significantly increases the contrast and the color of the display. Bright sections of the image become much brighter, so that the picture looks deeper and more realistic.

OLED TVs are most famous for their deep dynamic range, because they can disable individual pixels, thanks to which you can see pure black color.

The brightness is measured in the "Nits" (candelates per square meter), and some models of TVs are capable of issuing thousands of threads, while devices with a standard dynamic range (SDR) - Only a few hundred.

Many of you probably have already heard about 4K (UHD) permission. It was so named due to the number of pixels horizontally (which actually is 3840). Vertical 4K has 2160 pixels.

If you have ever searched for 4K HDR TV, then most likely seen in the characteristics 8-bit, 10-bit or 12-bit. These are not just numbers - these indicators are very important to know in order to understand the concept of color scheme.

With the advent of 4K, the TVs are capable of processing a much larger number of colors.

HDR10, HDR10 Plus, Dolby Vision: What is the difference? 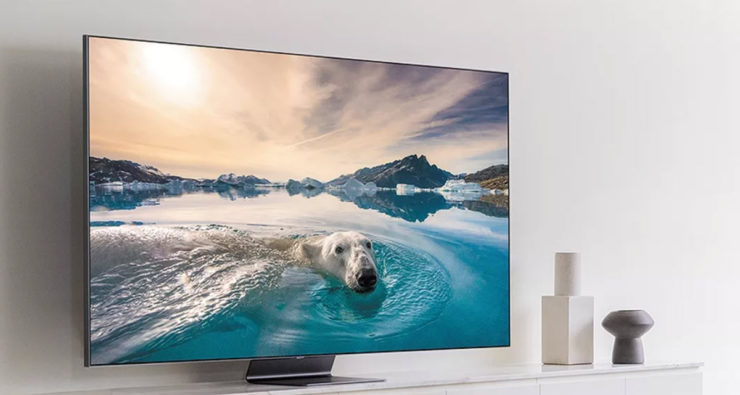 There are several different HDR standards to know. Learn below, we will tell how to distinguish HDR10, HDR10 Plus and Dolby Vision: 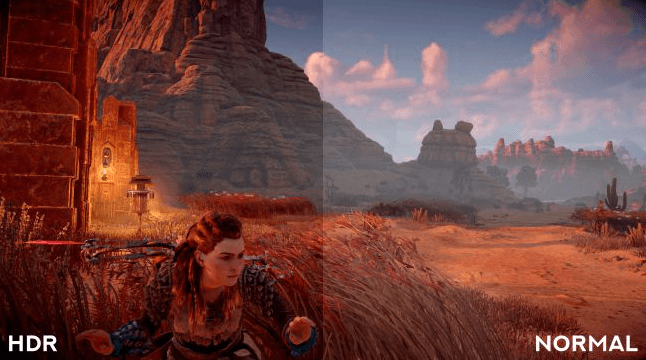 HDR10 lags behind Dolby Vision in terms of efficiency, but its use is much more accessible to manufacturers, since this is an open standard that does not require the payment of licensed Dolby deductions.

The technology issues brightness in the range from 1000 to 4000 NIT, as well as a 10-bit color format (more than 1 billion colors).

All this makes HDR10 excellent and universal choice for manufacturers, but a significant drawback of the standard is that video metadata remain static - so they remain unchanged regardless of the brightness of individual scenes.

HDR10 PLUS was significantly improved compared to the predecessor due to the addition of dynamic Metadata, which provides more accurate display of content. This type of data tells the TV, how to automatically adjust the brightness levels from the frame in the frame. Content creators can accurately indicate how each scene should be displayed (or each frame).

The standard is open, and was announced Samsung and Amazon in 2017, but it is harder to find both on TVs and on video service than the usual HDR10.

However, hundreds of TVs with Plus support from manufacturers such as Samsung, Panasonic and Hisense, and supported services, in addition to Prime Video, include Hulu and YouTube.

Dolby Vision appeared a little earlier than HDR10 But not so popular for one simple reason: manufacturers must pay licensed deductions for the release of televisions with this technology. As a result, most suppliers prefer to avoid additional costs and offer a more affordable product.

As in the case of analogs, the maximum brightness of the Vision is 10 000 NIT, but the content is usually processed at 4,000 NIT or lower.

The reason for higher prices also lies in the fact that the technology offers both dynamic metadata and a 12-bit matrix, so that the picture is extremely saturated.

In fact, to find a TV, which would fully use the advantages of technology, is quite difficult, so many still choose the HDR10 due to the difference in value.

Some high-end TVs are equipped with the Vision IQ function. It is an advanced version of the HDR standard, which provides for the use of built-in TV lighting sensors to automatically calibrate the image on the screen depending on the level of lighting in the room at a particular time.

At the moment, direct television broadcasts usually do not support 10-bit color, and even more than a 12-bit one. However, you can take advantage of these technologies on some streaming services and Blu-ray discs. For example, Netflix has a video in HDR10 and Dolby Vision, but for this you have to make a premium subscription, and not every video will be compatible with the format.

It is also necessary to remember that, in addition to the TV, any streaming devices and cables HDMI must be compatible. Fortunately, even Chromecast with Google TV now supports both HDR10 + and DOLBY VISION.

What else to pay attention to?

Now that you know the fundamental bases of 4K HDR, it's time to make purchases. There are hundreds of various models with many functions on the market. Never forget that 4k and UHD are synonyms, and, although many HDR-TVs support 4K, not all 4K TVs support HDR. That's what else to pay attention to.

Here manufacturers can go to cunning. Some companies march their televisions as an HDR, even if they support only 8-bit color. They do it because HDR is classified both in contrast, and in the depth of color, and in this case you get more first, that is, a big difference between the black and white flowers.

Some manufacturers tend to squeeze the maximum brightness (i.e., the amount of NIT). Thus, it turns out a brighter panel, and it will at least look better than an 8-bit standard TV range.

There is still a standard REC 2020, which many do not know about. It primarily refers to the color range (color scheme). It can be a 10-bit or 12-bit and works with TVs with a resolution of 4K and 8K. Especially for HDR there is a REC 2100 standard, although it uses the same gamma as 2020.

This range is supported by the TV processor, not the panel, so you need to check its compatibility. Some companies can produce televisions with 10- or 12-bit panels, but without support for REC 2020. Thus, the manufacturer may mark the TV as HDR and will comply with brightness requirements, but do not offer additional colors.

We have collected almost full information about TVs 4K HDR and hope that they helped to understand this issue so that you can choose the best TV For your needs.

Why you need to turn off the computer overnight?

How to install Google camera on any Android smartphone