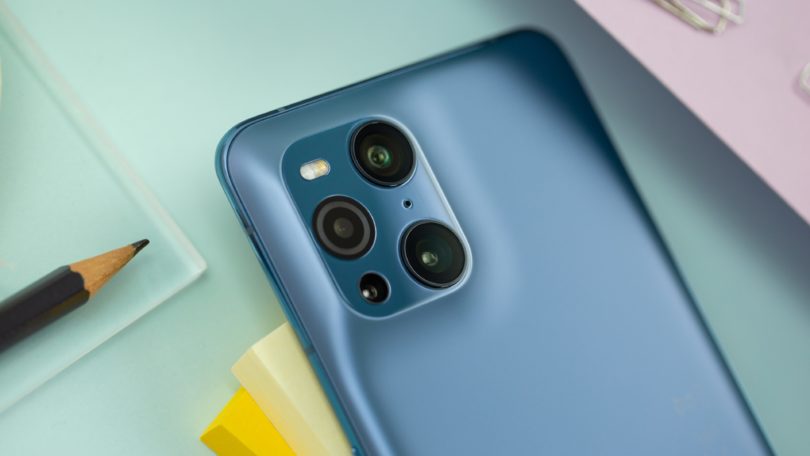 You may have never heard of it, but BBK is one of the biggest smartphone manufacturers on the market.

There are several major players in the smartphone market today, in addition to giants such as Apple and Samsung. Huawei tried to carve out a niche in this area through successful sales in Asian and European markets, but the company's position was greatly shaken after it was included in the "Forbidden List of Organizations with which US companies are prohibited from working, including Google.

Now the lesser known brand BBK Electronics is outperforming the competition, challenging even market goliaths like Samsung and Apple.

BBK is a Chinese multinational corporation. It owns a number of popular brands in various consumer electronics markets, including headphones, Blu-ray players and smartphones. In addition, BBK is the parent company of a number of major phone brands including Oppo, Vivo, Realme and OnePlus. 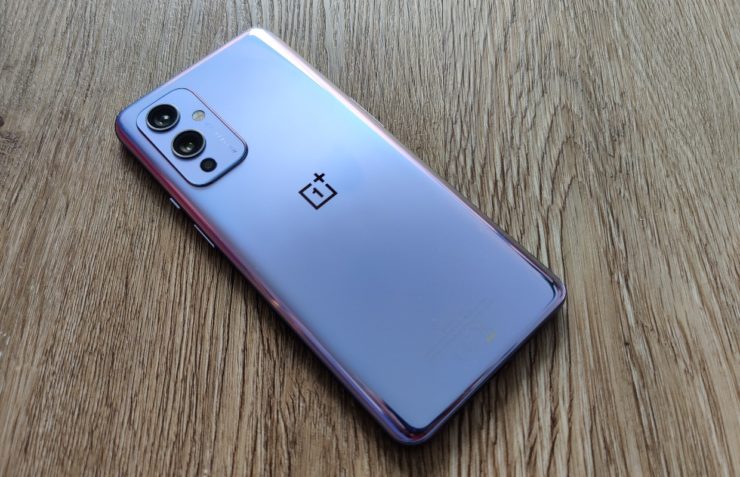 BBK Electronics has been active in various sectors of China's electronics industry since the 1990s. The founder of the corporation is billionaire Duan Yongping. First, he created the game console Subor, which brought him over 1 billion yuan and eventually even forced competition from the Nintendo Entertainment System.

In 1995, Duan left the management position at Subor and founded Bubugao, which eventually became BBK. Now the brand owns factories, the area of ​​​​which is equal to 10 hectares of land, and has more than 17,000 active employees.

What brands does BBK own? 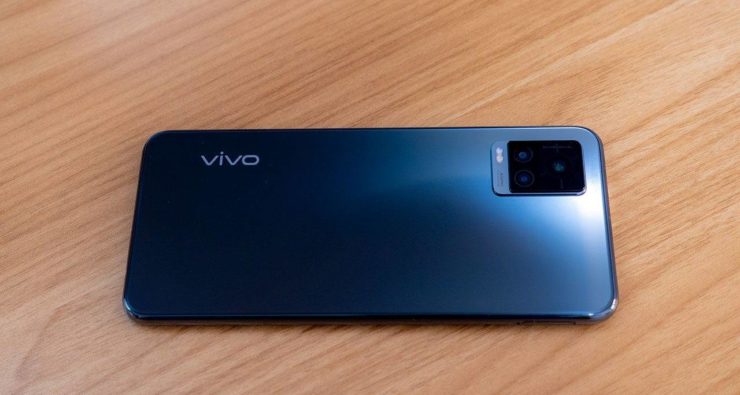 Vivo is BBK's first major subsidiary. It was founded by Duan himself and Vivo CEO Shen Wei in 2009.

The first smartphones under the VIVO brand began to appear in 2011 and were mainly notable for ultra-thin form factor.

The main goal of Vivo is the creation of multifunctional medium-class devices, however, the company has attracted a lot of attention thanks to the creation of experimental conceptual Apex and NEX devices. Today, Vivo is the most famous devices of the series X and Y.

Realme - the newest brand that was formed after the departure of Skye Lee from the post of vice president of Oppo Electronics in 2018.

In fact, the first Realme mentions are dated again 2010, when OPPO introduced the OPPO Real line. Then rebranding was made, and in 2018 and 2019 the company reached a number of new markets, including Europe and India.

Smartphones Realme are notable for the combination of advanced technologies and affordable prices.

Next, we have sublus. Duan also did not participate in the foundation of this brand, which was quite popular in Western markets.

The company was established in 2013 by the efforts of the former Vice-President of OPPO Pita Lau and Karl Pey. Despite the fact that the main idea of ​​OnePlus was the distribution of smartphones outside of China, it is still a subsidiary of OPPO. In this way, it automatically enters both the BBK group.

In addition, from all three OnePlus brands creates the highest quality products. However, it uses a completely different approach, which is the opposite of the OPPO and VIVO business model based on retail. Oneplus is primarily aimed at online sales through platforms such as Amazon, which eventually helped BBK to enter the markets in Europe and the United States.

BBK is the largest manufacturer of smartphones in the world?

BBK Electronics is an unconditional large player in the market, if we talk about the production of smartphones, although most users have never heard of this group of companies.

OPPO and VIVO have long taken their niche not only in the Chinese smartphone market, but also at the international (India). Oneplus and Realme are quickly gaining momentum and are focused on sales outside of the subway (Europe).

In China, OPPO and VIVO even managed to exceed the growth rate seemingly invincible Xiaomi. Companies even built a network of local shops.

Apple and Samsung did not be able to introduce their mobile brands into the Chinese market as BBK did.

If we talk about a global scale, then the COUNTERPOINT study puts BBK to the first place in terms of the aggregate market share. In the second quarter of 2021, Samsung was technically leading, and Apple and Xiaomi were catching across.

However, it is important to remember that BBK is represented by several brands, two of which made it to the top. Oppo and Vivo each hold 10% of the market, which is 20% in total. Meanwhile, Samsung's market share in the quarter was 18%. And we don't even count OnePlus and Realme, which in this case fall into the "other" category (grey column): 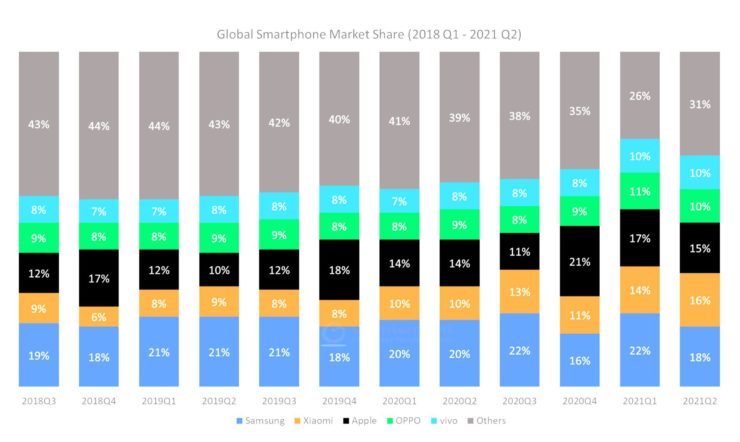 If we consider BBK brands separately, the picture will be completely different. The familiar first, second and third places are staked out for Samsung, Xiaomi and Apple, respectively.

BBK's progress was primarily due to the huge growth in China and India. Chinese brands are doing well in the domestic market, and the value for money of their devices is well established in India and Southeast Asia.

All of this, combined with aggressive marketing and investment in retail chains, has meant that the giant in the form of Xiaomi, which is the leader in the Indian market, began to feel serious competition.

Meanwhile, Apple and Samsung have failed to establish themselves in these markets, so they rely on more traditional but unchanging fundamentals.

BBK Electronics certainly has little solid leadership in China. All of the company's sub-brands have already surpassed Xiaomi in India, which remains a key growth market. And Realme and OnePlus, meanwhile, are gaining momentum outside of Asia.

In addition, a few years ago, BBK also launched another brand called IQOO. Since then, this sub-brand has developed dynamically, releasing smartphones with an attractive performance-price ratio.

As you can see, BBK follows a very interesting and correct strategy: the company managed to introduce its products into various market segments through several brands. It paid off in China and is rapidly spreading throughout India and now parts of Europe.

After all, it's hard to ignore the corporation whose subsidiaries produce devices like the OnePlus 9 Pro and Oppo Find X3 Pro.

Face ID: What is this technology and is it so safe?

The best waterproof headphones for swimming

How to choose a smartphone so that it does not become obsolete in a couple of years?