Looking through the list of smartphone features, you can stumble upon the mention of VoLTE. With the usual LTE, everything is clear - this is a type of wireless communication that allows you to receive and transmit data at high speed. And VoLTE - what is it in a phone? In short, this is a technology that allows you to transmit over 4G networks not only traffic, but also voice. But let's touch on this topic in a little more detail.

Initially, cell phones were intended only for making calls, even the possibility of exchanging SMS messages did not appear immediately. Cellular networks of the first generation actually transmitted only voice, most often even in unencrypted form. Only with the advent of the 2G era did different data transmission standards appear, including GPRS, which is familiar to many . But priority in those days continued to be given to voice communication, so far very few mobile phone owners used the Internet connection.

Now the situation has changed dramatically. Each new cellular communication standard is geared towards ever-increasing data rates. It got to the point that the fourth generation (LTE) is completely tailored only for the transmission of Internet traffic. Voice calls are still carried out via 2G or 3G, there are no other options. It wasn't until recently.

The main advantages of VoLTE

Now almost all large cities have LTE networks. Theoretically, a smartphone could only work in them, without wasting energy on switching between different communication standards. However, an outgoing or incoming call forces the system to use the 3G connection. Each such synchronization takes away some amount of charge. VoLTE technology solves this problem. This function, roughly speaking, consists in transmitting voice in digital form using 4G networks for this. With the support of this technology, voice calls will no longer force the device to connect to legacy networks. And in the future, this (purely theoretically) will allow telecom operators to refuse to support 2G and 3G equipment. But for this you need to wait for the moment when the population does not remain old mobile phones who do not have support for LTE and, most importantly, Volte. 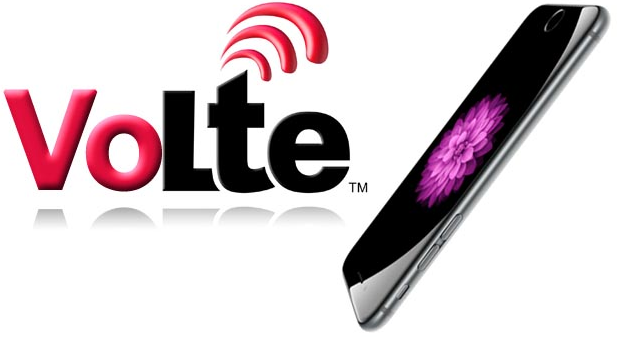 In fact, the new technology has other advantages:

Support for a new type of communication is available in many devices, even in relatively inexpensive. For example, the corresponding technology is built intoXiaomi Redmi 4x. This smartphone is one of the most sold on Aliexpress. People like a low price tag and optimal characteristics.

Of course, many flagships are endowed with support for Volte technology. In the theory, it is allowed to talk through LTE networksSamsungGalaxy S8, iPhone 8 and Xiaomi Mi6. In less expensive VOLTE devices, also occurs - the corresponding technology is endowed, admit,MeizuM5 Note andiPhoneSE.

If the manufacturers of smartphones are already supporting the transfer of voice to LTE, then about communication operators You will not say that. In Russia, while it is more profitable to use equipment working with networks of past generations, reserving 4g only for Internet traffic. Progress in this area is observed, but very slow. This is how things are in different Russian operators:

Some people prefer to disconnect all modules that for some Reasons are not used. Deactivation of Volte does not make sense, because this function does not spend additional energy volumes. On the contrary, this technology will save the battery charge if the operator suddenly starts to support it.

However, turn off the Volte is very easy. To do this, go along the way: "Settings -> Connections -> Mobile Networks -> Volte Calls". Here it remains only to deactivate the corresponding switch. Please note that on some smartphones the path may differ.

When choosing a smartphone should not be seriously given the attention of the VOLTE function, since Russian operators have only yet limited technology support. The exception is the inhabitants of Moscow - they will take advantage of the new type of communication the easiest way. However, technologies are developing, the operators are gradually purchased new equipment. It is possible that one day the support of Volte technology will appear in your city. Therefore, the function will not exactly.

HDR in the phone phone: what is it?

How to sync Android devices

The best apps for shooting Selfie

The best applications for Smart TV