In 2018, Xiaomi launched the Pocophone F1 smartphone. Even a few years after the release, it continues to be remembered. In 2020, a new line was introduced and the news that POCO is now an independent brand.

The POCO sub-brand was originally created to operate in the Indian market. The success of the first device showed that the products are interesting not only in India. By 2020, the company's smartphones have already been presented in 35 countries around the world. However, until some time, POCO models were renamed devices Redmi. M3 and X3 NFC will be released in autumn 2020. Both devices are different from anything that could be seen on the market before. These are completely independent products, which underlined the statement of independence of the manufacturer from Xiaomi. In addition, a new player in the market showed that he has enough resources to produce original smartphones. Today they combine excellent performance and original appearance, and each new product invariably makes people talk about it. All this is complemented by a pleasant price.

Conventionally, the brand can be divided into lines:

Let's see what the best POCO smartphones are. 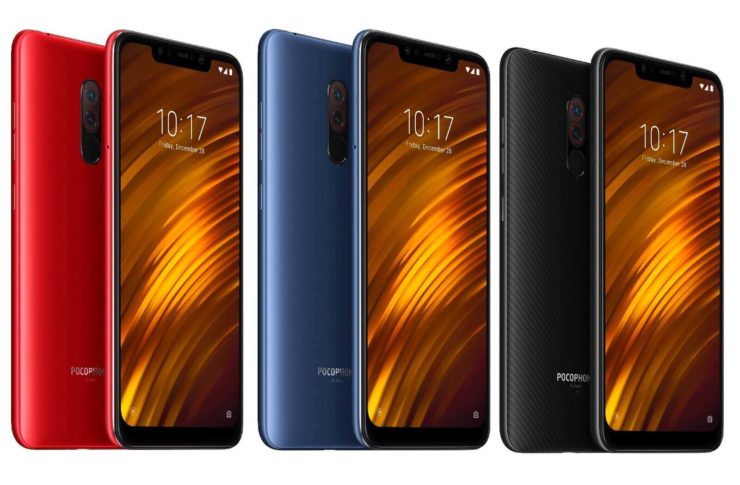 Pocophone F1 is the company's first smartphone. It was released in 2018 and today it no longer strikes the imagination, but for its time it was the most inexpensive device with top-end stuffing.

The model received a flagship chipset, a lot of memory, good cameras and a capacious (for 2018) battery. In addition, it has a high-quality IPS screen with Gorilla Glass protection and fast charging. Pleased with the phone and a pleasant appearance, although the case was plastic, but it was a quality material with pleasant tactile sensations and non-staining.

In 2021, POCOPHONE F1 can still be bought from individual sellers, but at its current cost there are much more interesting and new devices. 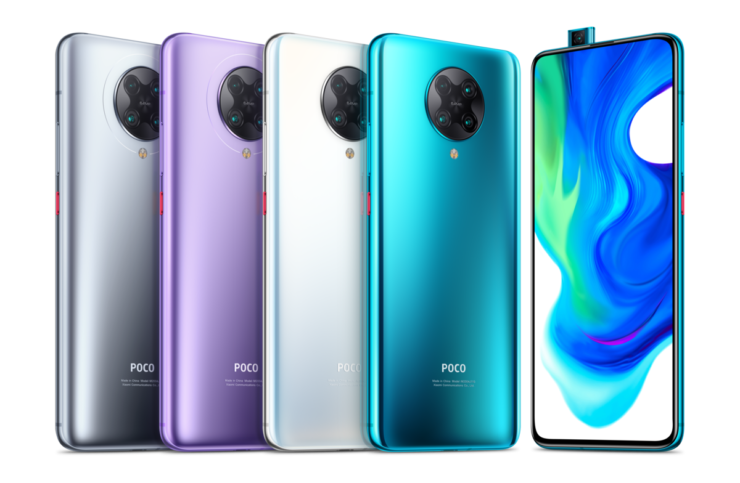 F2 Pro became the successor of the F1 model. He came out two years later, it turned out more expensive, but his capabilities is better. At the same time on the background of other devices with a similar filling, F2 Pro cost cheaper. Today this device is no longer so easy, so the price tag is not the most loyal, but it is still interesting.

First, the smartphone turned out to be powerful. The flagship chipset, a lot of speed memory and a huge evaporative chamber made a good gadget gadget from it. The picture complements AMOLED Matrix with Touch Touching 180 Hz, which enhances the impressions during games.

Secondly, the device was hampered by the chamber. If F1 removed not bad, then F2 Pro does it better. It has a wide-angle module, macro, depth assessment. The camera is decently coping with tasks not only during the day, but also at night. And it writes the video at all in 8K.

The third key point is design. From the front and behind him Gorilla Glass 5 glass, the back panel is rounded, the main chamber is decorated with a round block that it looks unusual to this day, and the front-line pulls out of the housing.

In addition to the above, this model has NFC, fast charge, capacious battery, subeerated dactyloskop, IR port, connector 3.5. But what the device was not enough, so it is protection against moisture and dust, stereo speakers and support microSD.

Poco M3 is the first inexpensive smartphone of the company and he has something to please buyers. He got a high-quality IPS display with high resolution, a smart processor, a good memory set and a very capacious battery. It charges with a block of 18 W, but because of the large volume it still happens for a long time, about 3 hours. In addition, the device pleases the appearance.

The hull is plastic, but the back is stylized under the skin, it is a non-commercial and pleasant way. There are three colors on sale - black, blue, yellow. The display was closed with Gorilla Glass glass, which is also nice. The above is worth adding a high-quality chamber, the presence of 3.5, side scanner of the finger, a non-combined tray and of stereodynamics. From what can face - no NFC. 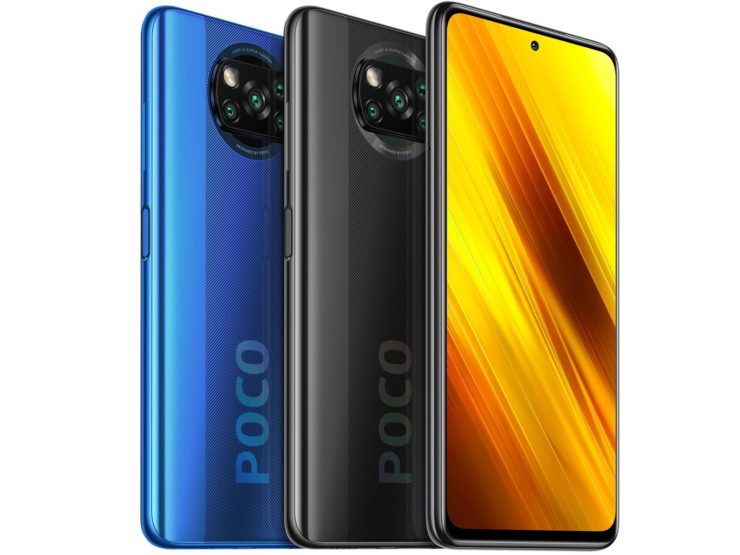 X3 NFC came out in the fall of 2020 and became one of the best smartphones of the middle class. It has a powerful gaming chipset, an IPS display with a frequency of 120 Hz and a response of 240 Hz. In order that in the heat of the battle "did not disappear" the Internet the phone is equipped with 5 antennas, and he also put a superior vibromotor, which is responsible for tactile returns in games.

In addition, the model has an excellent camera with original design, interesting design, fast charging 33 W, stereo sound and a capacious battery, which is enough for a couple of days of work. There is NFC here (by the way, there is a version without NFC, but with a battery of 6000 mAh), and even here they set such a pleasant trifle as IR port.

X3 Pro is an improved version of X3, published in half a year. Devices do not differ visually (only added one new color - bronze) and have a number of identical parameters (display and battery), but the differences in favor of the older version are quite serious.

The novelty works on more a powerful processor - Snapdragon 860. This is the same SNAPDRAGON 855+, but with another name, which means doubt Performance do not have to. It is at flagships. Increase the maximum amount of memory, and it has become more connected (UFS 3.1 against UFS 2.1).

Chambers became another difference, they became easier by numbers, but due to a more serious chipset (and therefore improved processing algorithms), photos will be similar or better.

In addition, in X3 Pro there are stereo speakers, an improved vibromotor, evaporative chamber, 3.5, IR port and NFC, as well as fast charging. In addition, there is a modest moisture protection of IP53 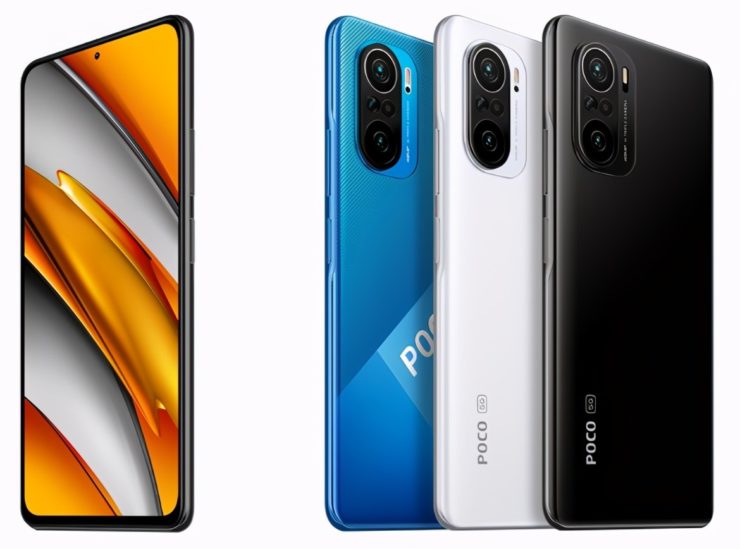 F3 is the continuation of the company's top models. It is already officially represented and accessible to purchase on Aliexpress, but at the time of writing text to Russia did not reach Russia.

Like the previous F1 and F2 Pro, the novelty - the top for your money. She has a very powerful chipset with a maximum frequency of 3.2 GHz, fast memory, AMOLED display with a frequency of 120 Hz and a response 360 Hz. All this is packaged in a thin case (7.8 mm), which is a metal frame and glass Gorilla Glass 5 in front and rear. The smartphone has a perfect microphone segment for the segment with an improved microphone system that allows you to record sound on video qualitatively, but the absence of optical zoom and optical stabilization.

There are in the stereo-speaking device (with excellent loud sound), 5G, Wi-Fi 6, fast charging 33 W. The battery does not affect the numbers, but according to the reviews the phone is optimized well, so it is enough for 1.5-2 days depending on use. For completeness, the painting was added here with moisture protection, the truth is very modest IP52.

Headphone connector and MicroSD support are not provided.

How to check the temperature of your laptop?

The best apps for changing voice on Android

How to reset the Android settings to the factory?

Why the smartphone is so quickly discharged?