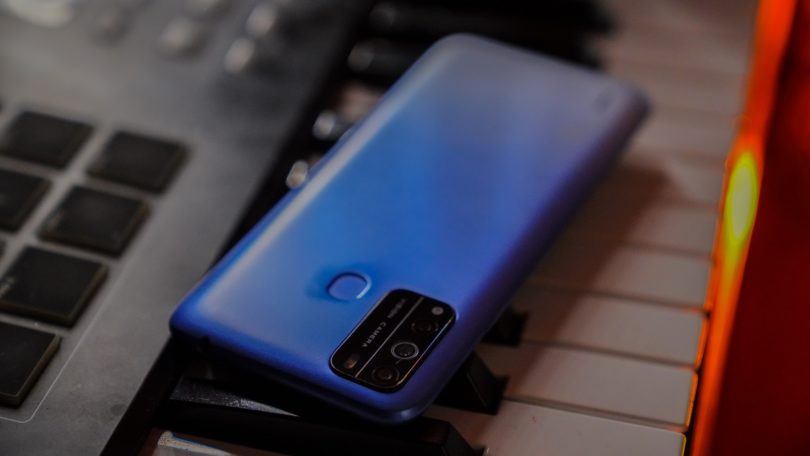 nor Xiaomi, nor Realme nor other brands that have proven themselves in the budget market do not offer so available smartphones. Itel managed to make price tags for their models as low as possible, while proposing quite modern (albeit weak in absolute value) filling.

Itel Mobile is the Chinese brand of mobile devices of ultra-budget level. The manufacturer releases inexpensive smartphones that will be perfectly suitable for undemanding users to watch movies, reading books, work, communications in messenger or social networks and other things.

The company's model range is not the most extensive, but among it you can select versatile devices suitable for different tasks. This selection will introduce you to the Itel brand and the best inexpensive manufacturer smartphones. 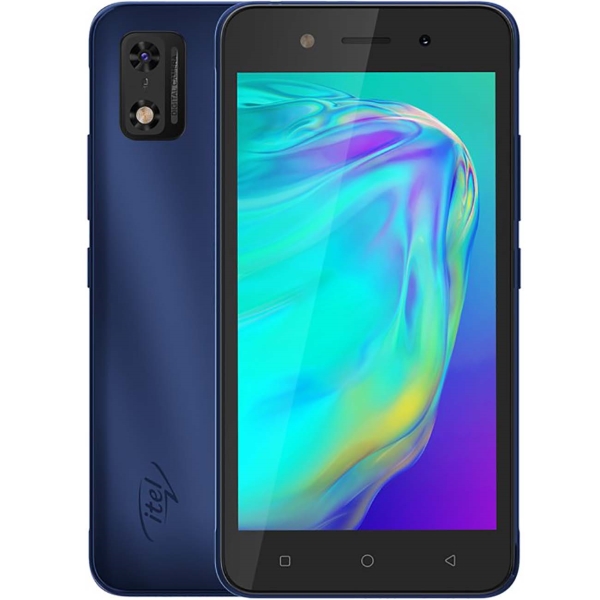 Opens the ITEL A17 smartphone rating. This device with the most modest technical equipment and the lowest possible price tag for those whose budget is strongly limited. In the face of this model, we get the most up-to-date version of Android 10 (Go Edition), a compact case with a TN-display of a diagonal of 5 inches, support for two SIM cards.

The main 5-megapixel camera together with the flash is located in the upper left corner on the rear lid. The front module received a resolution of 2 MP. There is autofocus, shooting in the resolution of HD 30fps.

For Performance of the smartphone corresponds to the 4-nuclear SC7731E processor. For games, this is not enough. There is not much memory, but the volume of the internal drive can be increased by another 32 GB with microSD. The full charge of the battery should be enough about a day, given the lightweight version of Android and the presence of energy saving modes. 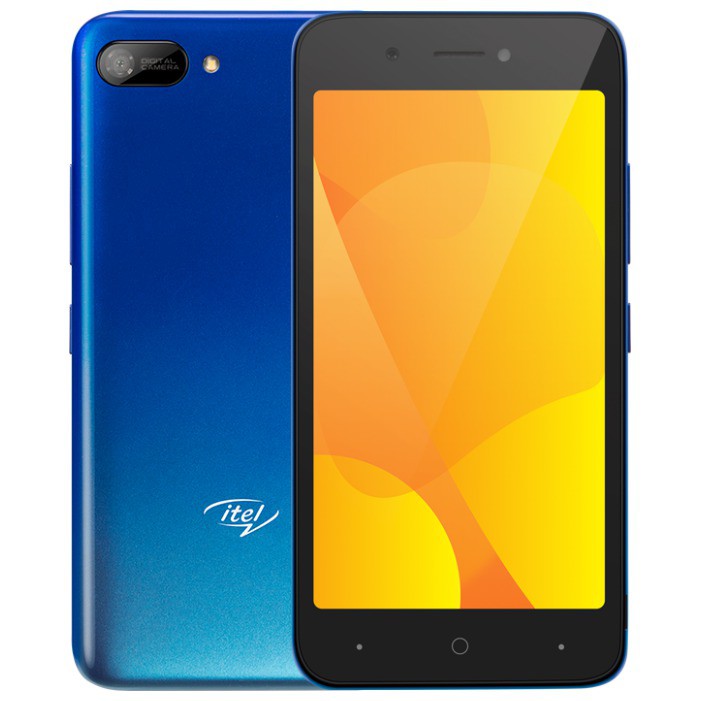 Slightly more expensive than the previous device was the model of the Itel A25. The difference in 500 rubles already gives us a larger battery, about 2 times more Powerful processor and IPS-screen in HD-resolution. Support for 4G networks also appears, but all of these have to sacrifice the version of Android: instead of 10th, we get more old 9-ku.

Multimedia features are represented by the main 5 megapixel and frontal 2 megapixel chambers. There is an autofocus, LED flash. From wireless communication modules there are Bluetooth 4.2, Wi-Fi 4, GPS / A-GPS navigation systems.

In comparison with the Itel A17, a more powerful SC9832E processor is installed here. In combination with the lightweight version of Android 9 go, this will be enough for normal operation of the system while communicating in messengers, calls, watching movies or any other content. The battery at 3020 MAH is designed for about a day of active use. 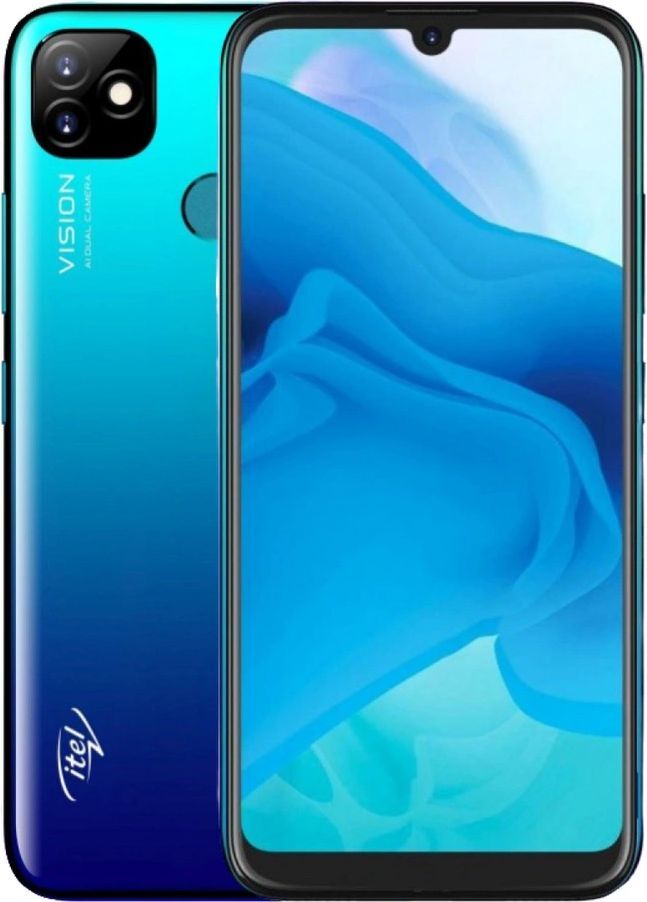 In case you need a more powerful and modern filling, you can pay attention to the ITEL VISION smartphones. A large emphasis in such devices is made by the manufacturer on the chambers. Vision 1 received a double module with the main lens on 8 MP and the depth sensor for portrait photos. From other features, it is possible to highlight the presence of 3 GB of RAM in the maximum configuration and the capacious battery.

The front camera with a resolution of 5 MP was placed in with a drop-shaped neck in the display, which allows the frame on the screen minimal. There is no large set of features and technologies, but in concerning the quality of photos Vision 1 shows the average results corresponding to the smartphones of this price range.

The smartphone operates on the basis of the 8-nuclear uniser system Unisoc SC9863A with a maximum frequency of 1.6 GHz. By its structure, it is a much more powerful chipset than the previous models, but still not a game, although something undemanding like "three in a row" and such projects will be launched without lags. 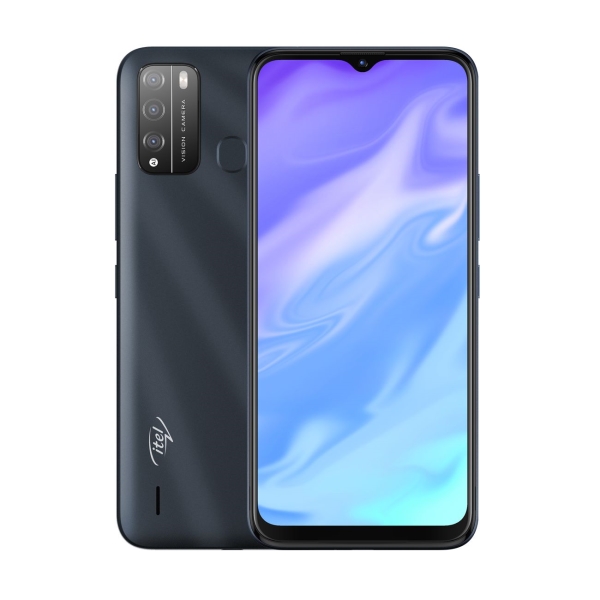 itel Vision 1 Pro is an improved version of the Vision 1 with three rear sensors and a larger HD+ IPS display. Other characteristics remained almost identical, except for the processor.

On the back of the body is a triple camera with an 8 MP main lens. Additional sensors are needed for portrait shooting and improving the overall quality of photos. There is support for night mode and automatic adjustment of parameters by artificial intelligence.

The heart of the Vision 1 Pro is the Unisoc SC9832E quad-core chipset, announced in 2018. The processor is aimed at inexpensive LTE smartphones, which is what this model is, so you should not expect much from it. The device will cope with any base load, but with regards to games, such a filling is still not enough. 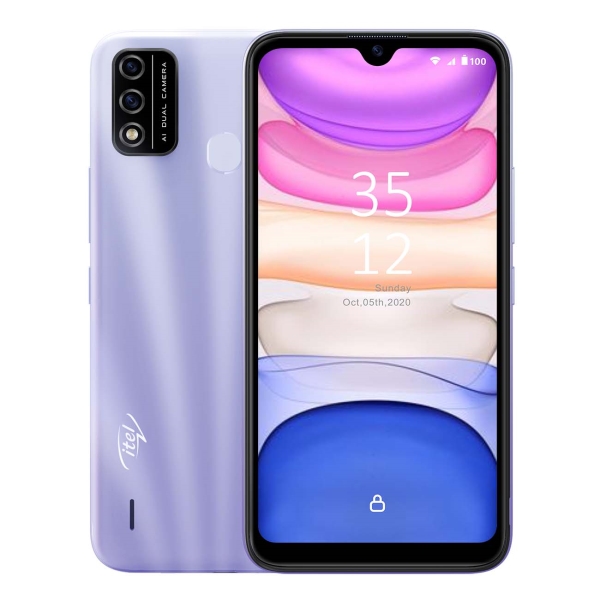 If you read up to this point, but models like Itel A17 or A25 for you too weak in terms of filling, and Vision 1 or Vision 1 Pro does not fit into the budget, you should pay Attention on A48. The device is a long-playing modern dialer with one of the most affordable price tags among similar smartphones on the market.

On the back of the main sensor on 5 MP there is also a depth sensor. Both the main and front cameras here are quite primitive. However, the quality of the pictures will be acceptable if you want to photograph the text, capture some moment or even download a new photo on social networks, working in the editor.

in Itel A48 Used 4-nuclear SC9832 Single System from Spreadtrum, which will be enough to view movies or listening to music, working with documents, Internet surfing. Constantly charge the device or carry a portable battery does not have to: Batteries for 3000 mAh it is quite enough for a day of use. 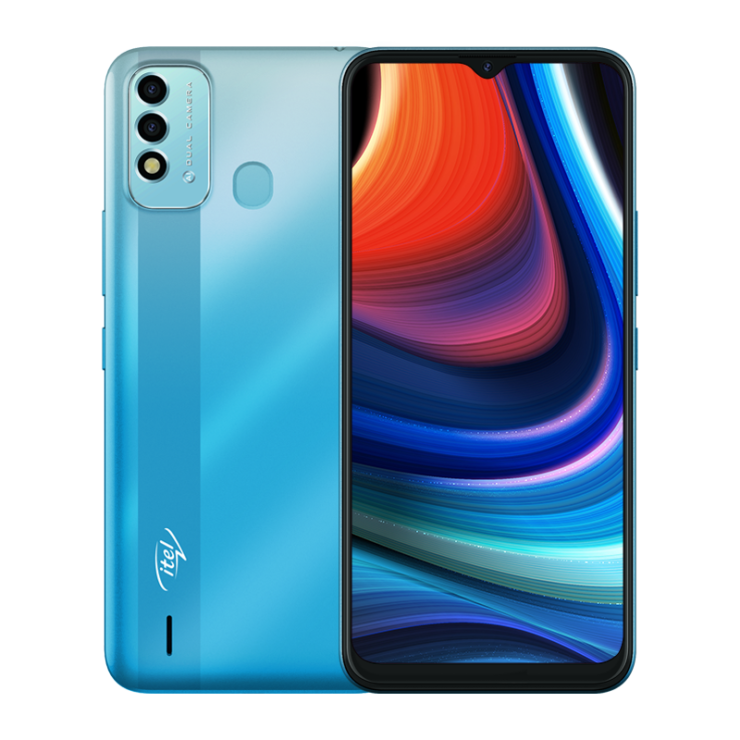 reached the queue and up to, undoubtedly, the best smart Manufacturer's background - Itel Vision 2S. The novelty recently debuted on the market, so it is not possible to purchase it in all online stores. In the Indian market, the model was announced back in September, but on sale in Russia only a few weeks ago. The main feature of Vision 2S is the presence of a module for contactless payment ( NFC ).

The main rear camera with a resolution of 8 MP works along with a 0.3 megapixel additional sensor that opens bokeh mode for smartphone. For shooting in a light setting and with good lighting, this is quite suitable, however, at night, the quality of photos drops greatly, which is characteristic of any ultra-jettle.

ITEL Vision 2s received an 8-core chipset SC9863 from Spreadtrum. In its architecture and potential, this is an analogue of MediaTek Helio G35, which are equipped with even more expensive devices. To work with applications that are not associated with "serious" 3D graphics, this will be enough. But in terms of autonomy, the smartphone is perfect. Given the lightweight version of the new Android 11 and a huge battery, from one charge, the device will work at least 1.5-2 days.