The world of wireless technologies does not stand still and on the market has already begun to appear routers with support Wi-Fi 6, which provide faster and stable connection to Internet.

Since this is a completely new standard of communication, before turning to the description of the routers themselves, it is worth talking about the features Wi-Fi 6. The first such Routers began to appear back in November 2018. However, we learned about really interesting devices only on the exhibition CES 2019. It was then that several companies announced not only Wi-Fi 6 Routers, but also other mobile Devices with support for this communication standard.

Most routers use 802.11ac wireless standards, while Wi-Fi 6 routers - 802.11AX. The new standard was developed for years and only now the devices with his support began to go on sale.

due to the fact that most consumers sees the difference between 802.11Ac and 802.11ax, Wi-Fi Alliance (combining the largest manufacturers of computer equipment and Wi-Fi wireless devices) decided to use a more understandable terminology. Therefore, instead of referring to 802.11ac and 802.11AX, router manufacturers will start using the term Wi-Fi 5 to designate AC support devices (802.11ac) and Wi-Fi 6 for the new AX standard (802.11AX).

In addition to the simplest to memorize the name, Wi-Fi 6 boasts a number of updates that significantly expand the possibilities of wireless communication. Multiplexing with orthogonal frequency separation of channels (OFDMA) increases the efficiency of the device by separating the selected radio spectr to smaller blocks. In addition, Wi-Fi 6 adds new channels using 1024-QAM modulation to increase bandwidth. Among other features are advanced control capabilities traffic and a more economical flow rate of the battery of mobile devices connected to the network via Wi-Fi 6 router. As a result, such routers provide a faster data transfer rate, as well as smooth and stable operation.

ASUS RT-AX88U is the first ASUS router with support for the Wi-Fi standard 6. This is a two-chain router with a bandwidth up to 6000 Mbps. Four positioning antennas provide a worthy signal covering, and eight LAN ports allow you to connect several computers and mobile devices to it.

ASUS makes a bet not so much on high speed as other features. The router comes with ASUS AIPROTECTION, which uses Trend Micro cloud protection. Therefore, RT-AX88U can filter and block traffic from infected devices, to keep statistics on clients / protocols, to make logs of visited URLs, etc.

In addition, the ASUS RT-AX88U supports the AimeSH system, which allows you to combine more than two ASUS routers together, into a single mesh system, thereby increasing the coating of the wireless network. 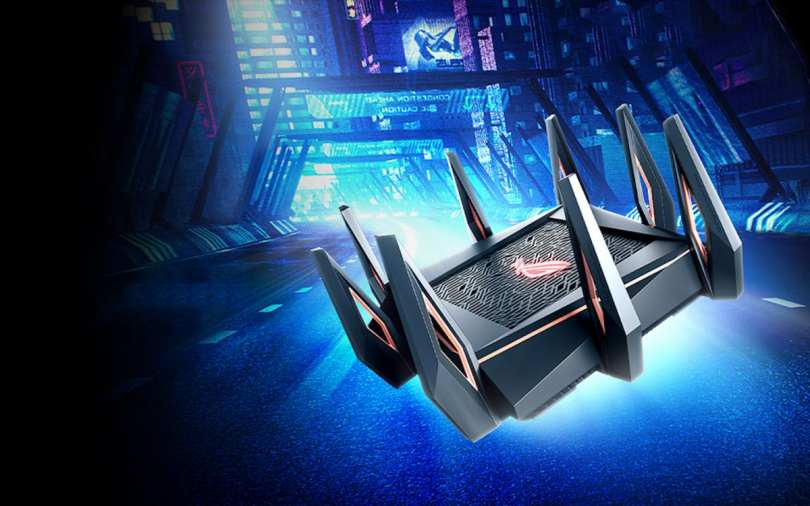 ASUS ROG RAPTURE GT-AX11000 is a three-frame game router with support for Wi-Fi 6 which maxima uses all its advantages. The main options for wireless networks are configured independently for each of the ranges. For example, you can select one 5 GHz band just for games.

The router also has a function VPN Fusion, which allows you to program several profiles for connecting to VPN. Moreover, four of them can be active at the same time. Like RT-AX88U, ROG Rapture GT-AX11000 uses Trend Micro cloud protection, which can filter suspicious traffic.

With its help, you can significantly increase the Wi-Fi coating zone, while saving the high data transfer rate on all devices connected to the router. If the possibilities of the wireless connection are not enough, then you will accurately make the presence of gigabit ports for each of the devices: one WAN and four LANs. With their help, you can double or triple the size of the cellular network, thereby even more increasing the coverage area.

The router is distinguished by an angular design, has eight high-performance antennas, four Gigabit LAN ports, one WAN port 5 Gb / s and USB 3.0 connector for connecting removable media and other devices.

Netgear is significantly ahead of its competitors in terms of release Wi-Fi 6 routers. Your first router with the support of a new wireless communication standard, oriented to the consumer market, the company has released back in November last year.

Netgear Nighthawk AX8 (RAX80) is a Wi-Fi 6 router, which boasts a truly wide coverage area. The device operates in 2.4 GHz and 5 GHz bands, and is also characterized by a high bandwidth of 1.2 Gbps in the first and 4.8 Gb / s in the second range.

In addition to the impressive "filling" and four high-performance antennas, the device has an incredibly stylish design, something like a scat-like wings. Thanks to this unusual design, you can combine two gigabit compounds.

Netgear NightHawk AX12 is the elder brother of the Netgear NightHwk AX8 router. Like the predecessor, AX12 is a model with a stylish futuristic design and support for Wi-Fi's wireless communication standard.

Netgear NightHawk AX12 can boast the data transfer rate to 6 Gbps and is currently the most The powerful router from NetGear among those were issued for the consumer market. The device is compatible with such smart assistants as Amazon Alexa and Google Assistant, which means to manage the router you can not only with the usual ways, but also by voice teams. 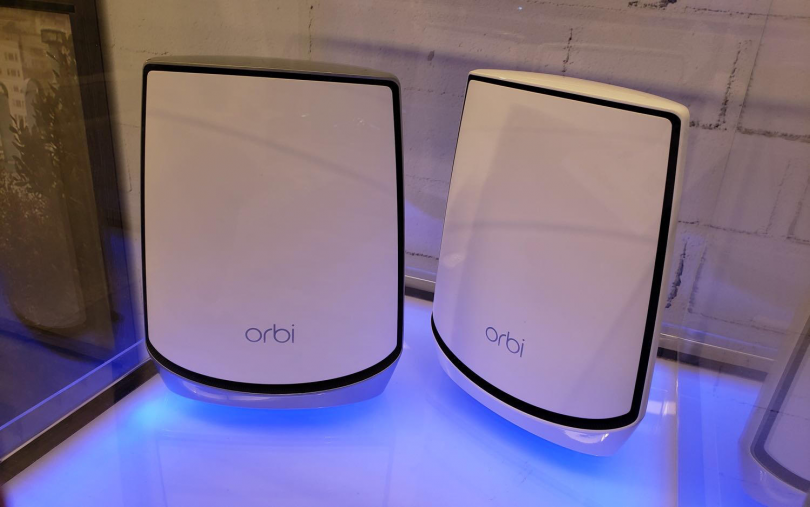 Most recently, NetGear announced the release of routers with support for the Wi-Fi standard for the ORBI cell. This is the first three-band home system Wi-Fi, which boasts high speed and a huge coverage area (up to 350 square meters). Through the use of a new wireless standard, ORBI will still have one of the best in its category.

According to NetGear, ORBI offers gigabit velocities throughout the cellular network. In addition, the router supports NETGEAR Fastlane3 branded technology, which provides excellent performance. Like the NightHawk AX12, the new three-band ORBI system will simultaneously process 12 Wi-Fi streams, and also have a selected transit connection 4 × 4. This means that the data will quickly and freely move between all devices.

NetGear planned to submit Wi-Fi 6 Orbi Mesh for the general public in September. But we already know that the updated version has support for MU-MIMO and OFDMA, which makes work with multiple users and devices more efficient.

TP-LINK Archer AX6000 is an ideal router for a smart home. The model is a two-band band with support for Wi-Fi communication standard. 6. The device is equipped with eight antennas, several Gigabit ports Ethernet, one 2.5 Gbps, as well as additional USB 3.0 and connectors. USB Type-C to connect external devices. Plus, you get network protection with TP-Link HomeCare, a cloud-based security service from Trend Micro. 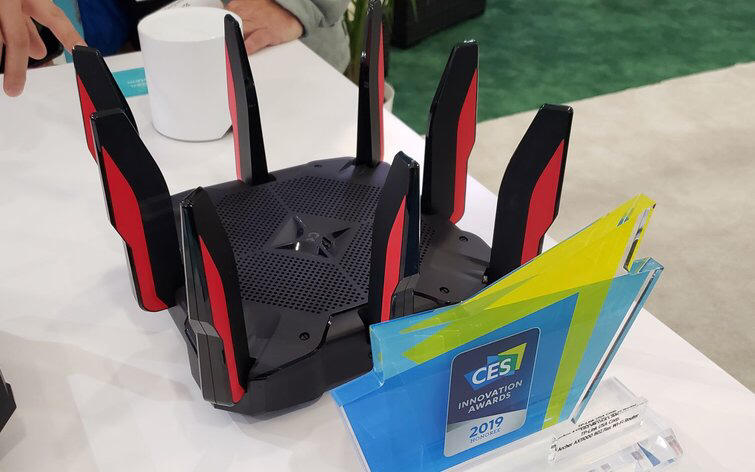 The Archer AX11000 is far from the only TP-Link Wi-Fi 6 gaming router. one of the best routers among those that we have already reviewed. The device works with tri-band wireless networks and provides speeds up to 10756 Mbps.

As for the "stuffing", the router boasts a quad-core processor with a clock speed of 1.8 GHz, an external WAN port operating at a speed of 2.5 Gb / s and eight gigabit LAN ports. Among the additional functionality is support for OFDMA and MU-MIMO technologies, which allow you to increase the efficiency of the network to run multiplayer online games. It is for this reason that the TP-Link Archer AX11000 is one of the best routers for gamers. 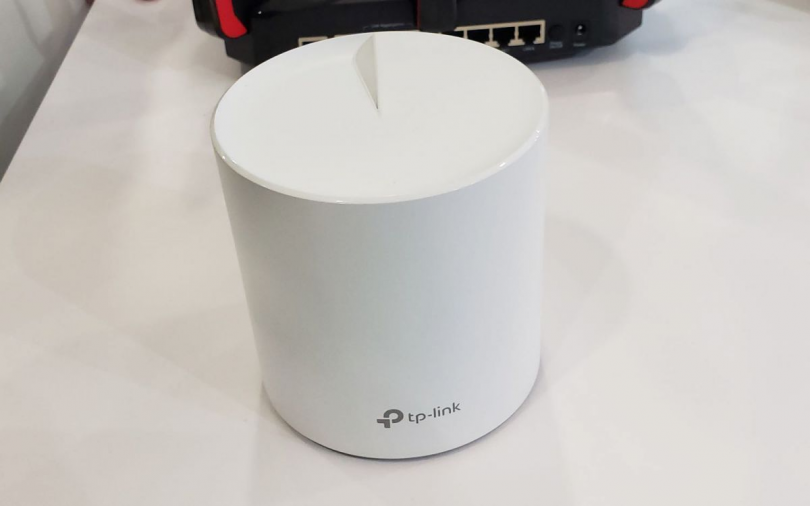 Like other network equipment manufacturers, TP-Link also decided to upgrade its system to create mesh networks. Therefore, already at CES 2019, it announced Deco X10 with support for the new Wi-Fi 6 wireless standard.

The system will consist of two modules and have an impressive coverage area. In addition, it can be combined with models of previous generations from Deco and thereby upgrade the coverage area to Wi-Fi 6 speeds. The TP-Link Deco X10 system is capable of dual 5GHz Wi-Fi bands and one 2.4GHz Wi-Fi band, rated at 1200Mbps and 300Mbps respectively.

How to distribute Wi-Fi from the phone on Android?

How to determine that you will catch a computer virus in a couple of days?