At the moment, we have already managed to get acquainted with quite interesting flagships, like Galaxy Note 10, Huawei P30 Pro, Galaxy A50 and Pixel 3a. But this is not all the new items that should go on sale this year.

Among them are the new lines of smartphones Pixels, iPhone and OnePlus. It is already known that major manufacturers do not plan to focus on predecessor models. Apparently, Apple will add a third lens for the main camera to the new iPhone, and Google will introduce its first flagship with support for face recognition.

But that's not all. We have every reason to expect that the first foldable smartphones will hit the market this year. Especially considering the fact that Samsung planned to release its Galaxy Fold just in the fall. In addition, we can expect that major manufacturers will continue to produce 5G smartphones, some of which were already introduced at the beginning of 2019.

innovative foldable smartphone as early as April 26. However, due to display issues, the release had to be delayed. According to representatives of the company, Samsung managed to correct all the shortcomings. To do this, it was necessary to increase the protective layer of the screen, as well as to strengthen the hinge mechanism and the display itself. The foldable smartphone is expected to go on sale as early as September. Although we still do not have exact dates and other details.

The $1,980 Galaxy Fold is the perfect combination of a 4.6-inch Infinity Flex display on the outside and a massive 7.3-inch screen on the inside. Moreover, for smoother switching between them, Samsung uses special software. And thanks to the App Continuity feature, everything that opens on the external display will be immediately displayed on the internal one when the device is opened.

In total, the Galaxy Fold will be equipped with 6 cameras, 512 GB of internal memory and 12 GB of RAM. This is quite enough for the stable operation of the device.

Very soon Google should introduce its Pixel smartphones 4 and 4XL. And we already have a clear idea of ​​what to expect. The rear panel will house a dual main camera module with support for face and gesture recognition technologies. In addition, smartphones will be equipped with a proprietary Project Soli sensor.

All this is not just guesswork, but verified information that Google has already confirmed several times in its official blogs and tweets. Given the amount of information disclosed, it's hard to imagine what else Google plans to surprise the public during the immediate announcement of the Pixel 4 and 4 XL. 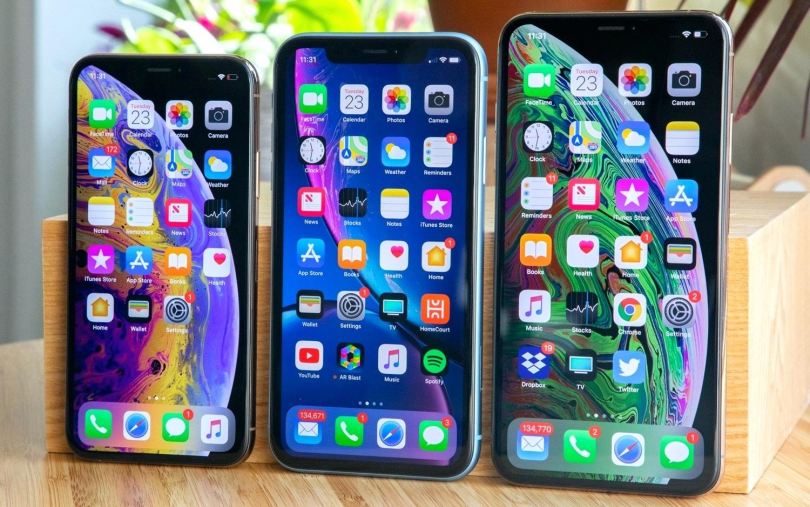 Even before Apple announced the new iPhone, the network Leaked a lot of details about the technical characteristics and other features of the smartphone. In particular, the presence of three cameras on the back of the iPhone 11 Pro and Pro Max was confirmed.

The standard iPhone 11 was expected to replace the iPhone XR, which would feature a dual lens, support for wireless charging, improved Face ID with the ability to multi-angle authentication, and support for Apple Pencil on Pro models.

As expected, on September 11, Apple introduced three iPhone 11. In Russia, the United States and a number of other countries of the first wave, the start of sales is scheduled for September 20.

Another flexible smartphone from Samsung 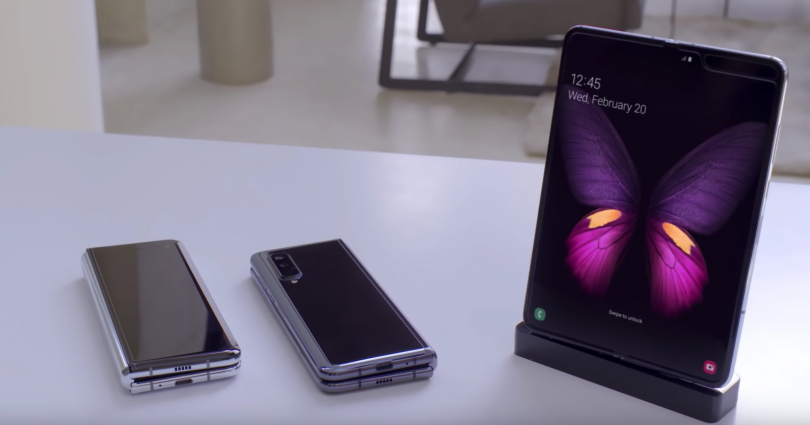 Samsung's persistence definitely deserves respect. Despite the failed attempt to release its Galaxy Fold, the company has continued to work anyway and, apparently, is preparing another foldable smartphone, with a unique form factor. According to the Bloomberg portal, we are talking about a miniature version of the Galaxy Fold with a 6.7-inch screen that will fold into a square.

The smartphone will be equipped with two external cameras and one internal camera. In addition, Samsung is already working on a protective glass of a new type. It is expected to be only 3% of the thickness of Gorilla Glass, allowing for an ideal balance of flexibility and strength.

It is unlikely that Samsung will decide to release it in 2019. Therefore, the fate of folding smartphones depends entirely on the success of the Galaxy Fold. And if everything goes well, then the square version can be presented already in 2020. 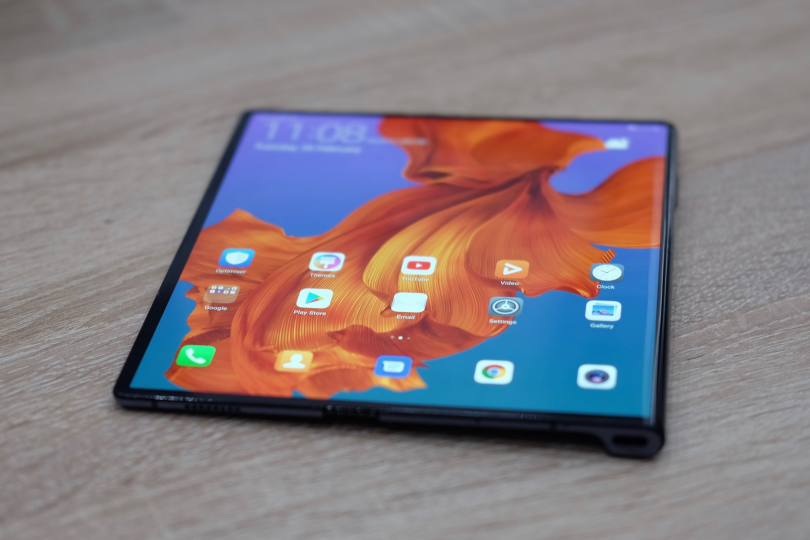 Huawei entered the foldable smartphone race back in February with the introduction of the Mate X. In the unfolded form, the device is an 8-inch tablet that is convenient to use for work and games.

Unlike Galaxy Fold, Mate X has only one chamber module, equipped with four lenses. Although this seems quite enough. From point of ergonomics and design, Mate X looks more competitive than what Samsung introduced. In addition, the smartphone works with 5G networks.

The exact cost of Mate X, like Galaxy Fold, is still unknown. But most likely, it will be about € 2200. So far, we have no information and about when Huawei decides to release your flexible smartphone for the consumer market.

Mate X was developed before the start of the trade war with the United States. Therefore, it is not clear how this situation will affect the plans for its release. Considering that the smartphone was to work on the basis of Android. Even in the summer Mate X planned to be released in September, because It is at this time that support 5G networks will appear. But so far we can only guess.

Are we really waiting for the restart of the legendary phone from Motorola? If you believe in the February leak from the Wall Street Journal, the company will present the famous " clamshell" until the end of 2020. Considering that Motorola did not provide his flexible smartphone on Mobile World Congress, and then at all refuted all the rumors associated with RAZR, during the release of the budget line G7, it is difficult to say when the announcement will be held. And whether he will be held at all. Since the mention of a smartphone in various reporting documents still had a place to be, then we hope to see Razr this year.

No details, besides the fact that the device will be released by limited edition, only on Verizon (mobile operator in the USA) and sold at a price of $ 1500, so far. But who knows, it is Motorola RAZR worthy of a worthy competition of such flexible smartphones as Samsung Galaxy Fold and Huawei Mate X. 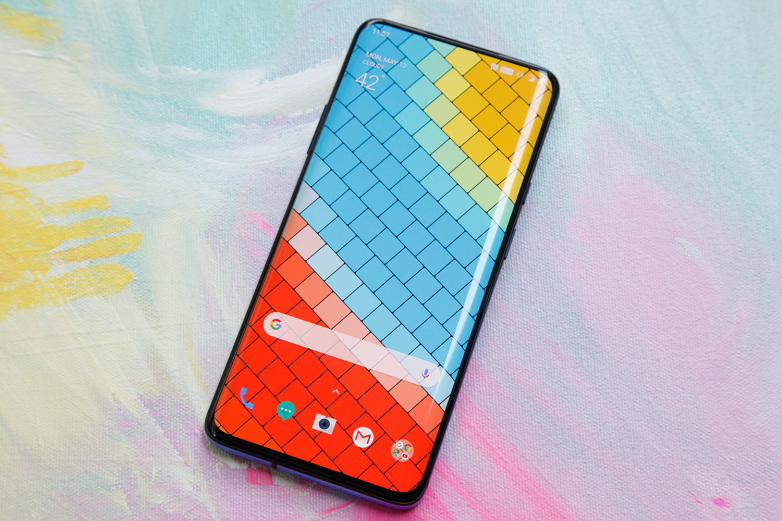 OnePlus 7 Pro appeared on the market only in spring. Nevertheless, the Chinese manufacturer has already got used to producing new items at least twice a year. And we have already heard the details of the more productive model "T", which should see the light before the end of 2019.

Most likely, OnePlus 7T Pro will operate on the basis of a powerful processor SNAPDRAGON 855 Plus from Qualcomm. It boasts slightly with increased peak clock values, as well as improved software, which will allow the most efficiently using the main chamber with a triple lens.

As for other details, so far they remain a mystery. And although OnePlus 7 Pro with support for 5G networks was released relatively recently, it is not known what exactly the model "T" from its predecessors will differ.

The most reliable smartphones

The most expensive laptops