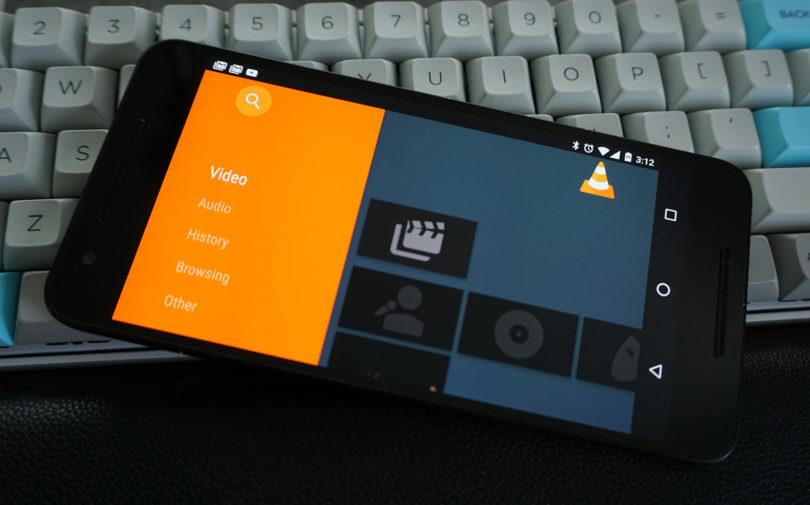 You can find at least a dozen video players on Google Play. But not every one of them can do a good job just with video playback, not to mention more.

Even a modest team of three or four programmers can create a competently working video player. But not everyone is able to provide the application with a thoughtful interface and wide functionality. That's why less than ten video players are the most common on Google Play right now - the rest are outright garbage, which is why almost no one downloads them. In this review, we will look at several video players designed for Android. Each of them is interesting in its work and can be recommended for installation.

This player has not only been steadily gaining momentum in recent months, but is also recommended for installation by the editors of Google Play. The application understands any audio and video formats, can play content with UHD resolution. The program has a convenient file search - users can configure scanning of the entire drive, individual folders, specify the search for hidden files and disable synchronization with audio if they listen to music in other places. For those who want to hide some content, there is an option to set up a private folder - access to it will be possible after entering password.

The player is very functional - you can configure the parameters for each launch - start location, brightness, and so on. Directly during viewing, convenient playback, brightness, and sound control is available. The application can load different audio tracks and subtitles for videos. For those who like to customize the theme, there are several free skins, as well as those that will become available after watching a short commercial. The player also has a paid version. It removes all ads and unlocks additional features. The purchase will cost 319 rubles. Lack of the program one is advertising. It does not appear in the most inappropriate moments, but it rushes into the eyes, because there is practically in all windows and it annoys.

VLC is a player with support for different platforms. He downloaded more than a million people and many remained them satisfied. The application combines several functions at once - play video and audio from an internal drive or from a local network, as well as view IPTV. For those who want to watch video only there are a number of convenient settings, control directly while viewing, support for subtitles. The program boasts a simple and visually pleasant interface. In addition, the control is easy to figure out - when you first start the video, the prompts will appear, but even without them there is no problems.

Among the functions - a paddown video for the size of the screen, saving segments, playback from the end of the end or the specified minute, timer and much more. The player has codecs to read any audio and video formats. For owners of weak devices in the settings there is a hardware acceleration. At the same time, three options are available - the greatest stability, the balance between stability and acceleration or the maximum performance. Another useful option is to increase the volume. If the roller was removed with a quiet sound, then this player will help to fix it and strengthen it twice. A pleasant fact is the absence of any advertising.

For those who are looking for the simplest possible player, an application called "Video Player and Media Player" will be a great option. It cannot boast of a large number of downloads - only about 30 thousand people use it, but at the same time, the rating is quite high - 4.5 out of 5 points. The player is good because immediately after launch it scans the memory and displays the video in the folders that contain it. That's all.

After starting the video, the user will see tips, all available settings are located right in the playback window - brightness, rewind, pause, night mode, timer, and more. The description of the player says that it has hardware acceleration and can read any video format. The disadvantages include an inferior translation - part of the menu is in Russian, part is in English, but this does not interfere with comfortable use. Everything is clear and without translation. The application is not burdened with advertising and this is also a positive point.

video player with all formats

Another empty player will delight users with good functionality. He knows how to play video and audio - there is support for all modern formats, and can also act as the IPTV of the Player. The application has a convenient search - it will immediately display the video folders. At the same time, the user has a convenient conductor to look into all folders and find short rollers that are not detected in automatic mode.

The latter can be configured so that it unloaded short videos into playlist, for example, from the Telegram folder, as a rule, most of the players such video does not find or ignores. Of the additional options - search for a double, trimming audio for ringtones. There are so-called applications, however, there is no sense of particular in them, since only the color of the top panel changes. At night, you can turn on the night mode - everything will be inverted in black color with gray text.

The application has an advertisement, however, it is located at the bottom and does not prevent the player at all.

This player has existed not one ten years. Initially, he worked on Windows OS and a sign of many, as a very functional player with a large number of seded codecs. Today, the application is adapted and on Android. It is worth noting that the player is estimated by Google Play and is recommended for downloads, but user evaluation here is not the highest - total 3.5 scores from 5.

This is easily explained by the fact What software is English and, if you understand how to run the video here, you can still understand the settings, and their impressive quantity without knowing the language is hard enough. However, those users who still decide to install this player waiting for playback from internal media and devices located in one local network. An interesting solution is to work with cloud storage facilities - it is possible to link accounts Google Drive, OneDrive or Dropbox. It is much more convenient than you first download the video to the phone, and then reproduce it in the player.

The application has a very wide range of video management directly during playback. To deal with all the capabilities will help prompts when you first start the roller. An interesting option is to play in a 360-degree review. This will require VR glasses. The application has an advertisement, however, it is completely unobtrusive and no particular inconvenience causes.

one of the most popular Video players. The amount of its installations exceeds 200 million! Think, this is a number comparable to Brazil's population! What qualities of MX Player hooked all these people? First of all, it is characterized by omnory. They are supported by all common formats not only video files, but also subtitles. Even subtitle styles are recognized, so they can have different color, size and font. And another video player has the "Smart Lock" function. In this mode, it is impossible to exit the menu or press any controls. How easy it is to guess, this function is intended for young children, so that they did not press something superfluous.

Like many other similar applications, MX Player supports hardware and multi-core decoding. This allows you to use it on any devices, no matter how the processor they are not equipped. But in the case of completely old tablets and smartphones, it will be necessary to install the corresponding plug-in (also available in Google Play). The disadvantage of this video player is the lack of support for some audio codecs. At least, this concerns the version distributed in online store owned by Google. That is why it makes sense to download a program from the official site, and commercial codecs are built into it. Another option is to establish a PRO version, which costs about 350 rubles. She also will not annoy advertising, which usually arises while you put a film by pause.

Like the previous application, KMPlayer is impressively omnivorous. It can even play.flv format content. For control, familiar gestures are used, in this regard, the video player also does not lag behind its competitor. But in what it even surpasses it, it is in the possibility of background playback. For those who are not in the know, this is when you can simultaneously watch a movie and be in some other application. For example, it is very convenient to combine watching a series and chatting with friends in social network in this way.

Supports KMPlayer and streaming. It also provides support for creating playlists. The application does not have the above problems with audio codecs. In general, there are no significant shortcomings here. Judge for yourself: the interface is made in Russian, almost everything is reproduced, there are no problems with sound, and you can even watch movies in the background... And this miracle is distributed for free!

One of the oldest video players. It is present on different platforms, but it is the Android version that controls the most convenient way. Like two previous applications, BSPlayer supports many video files and subtitle formats. Also, the search function for external subtitles on the Internet is also implemented here - it should like the amateur and foreign TV series. And the BSPlayer developers have implemented the background playback function when video is displayed on top of all windows.

There is also the possibility of streaming playback. Well, the multi-core decoding function will not give brakes to manifest even when viewing a film in very high resolution. From other useful features you can mark the sleep timer. It is upset only the presence of advertising here, displayed during the pause. Only buying the PRO version will help to get rid of it.

is already slightly less functional, but still quite suitable for use video player. Here is the support of folding video in the thumbnail, as is implemented in the latest Youtube versions. Do not forget the creators and about multi-core decoding. Video formats are supported by almost everything, but with audio not everything is so rosy - some films are reproduced without sound. You can solve this problem, but only if you are not new to it.

This application leaves after a mixed emotion. On the one hand, the interface is performed at the proper level, and video playback occurs without any brakes. But the problem with commercial audio codecs makes itself felt. And Media Player is unstable function in budget and old devices. In a word, not the best choice, but you can get acquainted with the product. As the competitors considered above, Media Player is a free video player.

Watching video on the smartphone is now more accessible, because these devices have become much more productive. Yes, and the displays have increased significantly in size, which has a positive effect on the comfort when viewing. The main problem is only that the built-in players do not know how to work with some formats.

Therefore, it is better to install a third-party player to play video. In this material, we reviewed only the best products from respected developers. However, only you choose the application that you like the most.

The best audio players for Android

Top smartphones with a powerful battery

How to steal credit card data?

Modem against router: what's the difference?