The company HTC has fallen out of the cooler of the top manufacturers of smartphones, but continues to produce new models.

Despite the fact that "the patient is rather dead than alive", smartphones with the name HTC continue to appear on store shelves. This article will tell about affordable to purchase in 2021.

What rules of smartphones have HTC in 2021?

In 2021, the following HTC smartphones remain up to date:

It's time to get acquainted with mobile devices at HTS.

This is the most inexpensive model among topical smartphones of the company. The device is frankly budget, so it's not worth waiting for him. But there are pleasant moments here.

First of all please build. The housing is made of matte plastic, so it does not collect prints. Color Only one - black. The screen is small, the TFT matrix, the brightness margin and the viewing angles are modest. Performance Enough to solve the most simple tasks, contributes to this and light version of Android 10.

The main chamber is double, but the auxiliary sensor is nominal. However, for this price, photos are not bad. There are in the phone Dactyloskop and fingerprint scanner. Among the pleasant bonuses is a non-combined tray and support for two ranges Wi-Fi. The latter in smartphones with such a low price is extremely rare. 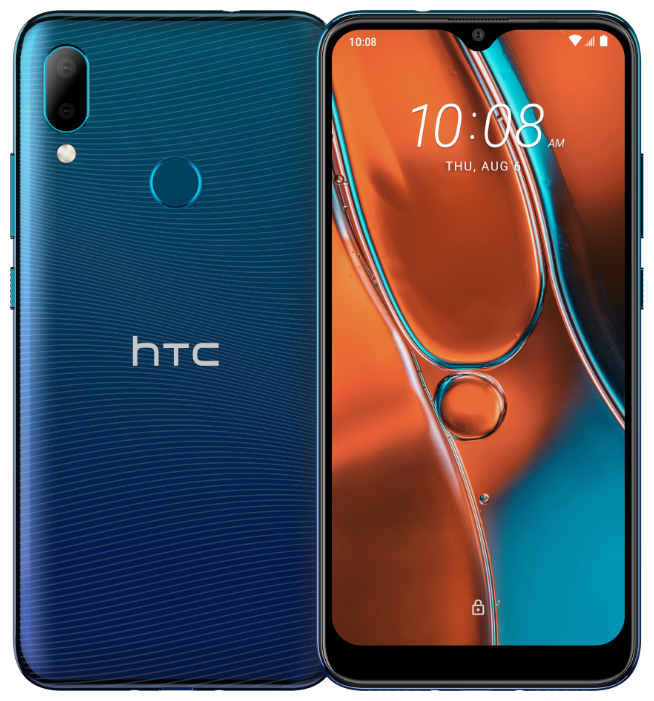 Budget smartphone 2020 Wildfire E2 is a device for solving basic tasks. He is quite small on modern standards display and a decent memory supply for this price tag. The processor is quite old, but you can play simple games or solve everyday tasks without freezing. The device has a double chamber, snapshots are not bad, but no more. The tray here is combined, NFC No, but the device was equipped with a modern yield USB-C. 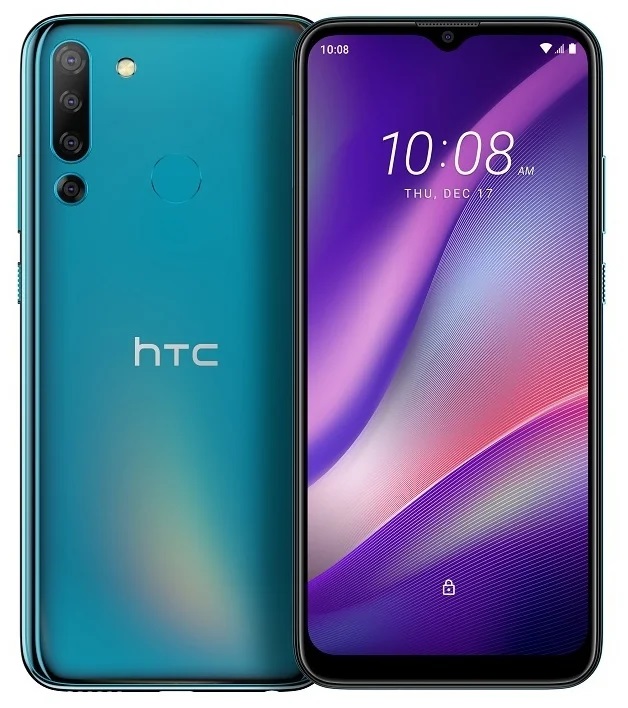 New for 2021 from HTC is an entry-level model that has become an update of the previous model. She received a plastic case in two colors with an iridescent surface, a large display with HD resolution and an old Helio P22 chipset, which is still enough to play undemanding games.

The nice things about this device are a capacious storage, a modern USB-C and the presence of 3.5. The set of cameras is quite typical for this class of smartphones, the battery is standard. No fast charging or NFC. 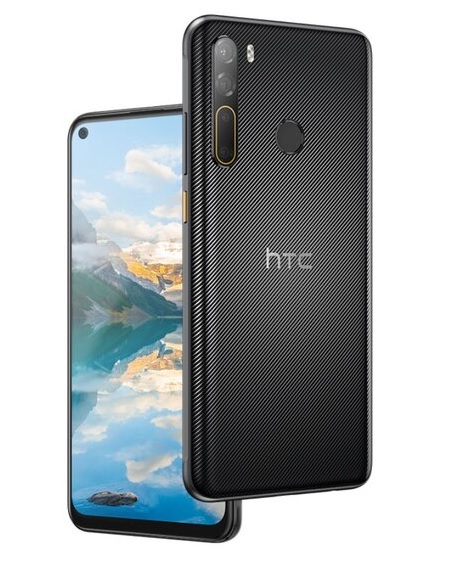 The Desire 20 Pro is HTC's mid-range smartphone that hit stores in 2020. It has a rather visually pleasing plastic case and a large FHD display with a neat cutout for the front camera. By the way, she takes great photos. The main camera received four sensors, where additional ones are portrait, macro and wide-angle modules. The pictures are pretty good for this price tag.

In terms of filling, the device offers quite good performance. For this money, there are more powerful devices, but this is enough to run games or work in multitasking mode. The phone pleases with a capacious battery, but it charges slowly. He has NFC and 3.5. Desire 20 Pro runs on Android 10 and it is the cleanest OS, which also has a number of advantages.

U20 Pro is the first HTC smartphone with support 5G. It was released in 2020 and despite belonging to the flagship U line, it did not receive the top parameters. However, even with the filling that it has, the model looks interesting, although it has a lot of competitors.

The device is powered by the Snapdragon 765G gaming chipset. With 8 GB RAM it has no problems running games. The permanent storage also looks impressive. 256 GB is enough for data storage, and if necessary, you can add microSD, but the tray is combined.

The model has a beautiful appearance - a green body with a matte finish. In addition to powerful hardware and a nice body, the smartphone will please with a large screen, capacious battery, support for fast charging QC 4. It has NFC, 5G support and good cameras. U20 5G works on Android 10. 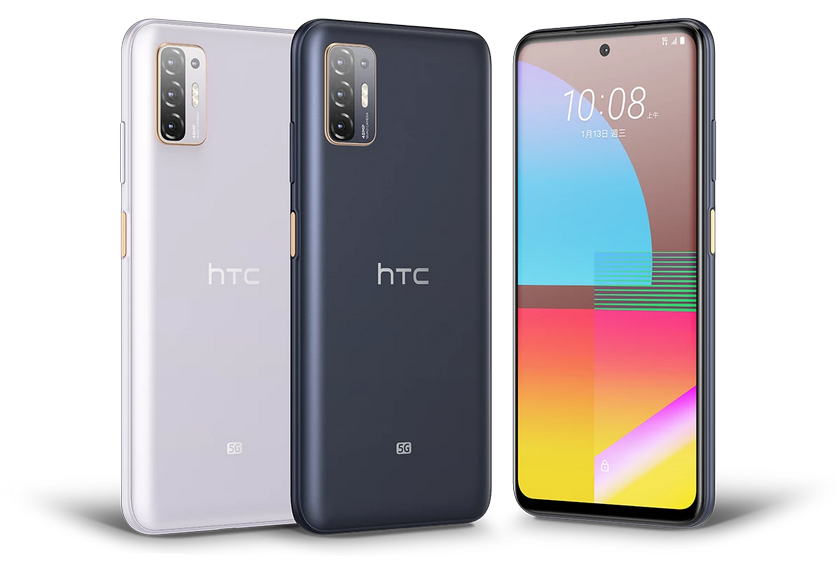 At the beginning of 2021, the brand modestly introduced a mid-price novelty - Desire 21 Pro 5G. For its price tag, this is not the top, but in general, you can consider buying. It is still problematic to buy a phone, but still it can be done through Ebay, perhaps in the future the model will appear on other sites.

The device is available in two colors, has a IPS high-resolution 90Hz screen and a neat cutout for the camera in the center. It has a good processor, plenty of memory, 5G and NFC support. Among the nice features are the camera and a capacious battery with 18W fast charging.

This is a compilation old company devices. You can still buy them, but you should understand that the characteristics in most cases have already lost their relevance, and the prices hardly correspond to the filling. We do not recommend buying these gadgets, but we talk about them for review. 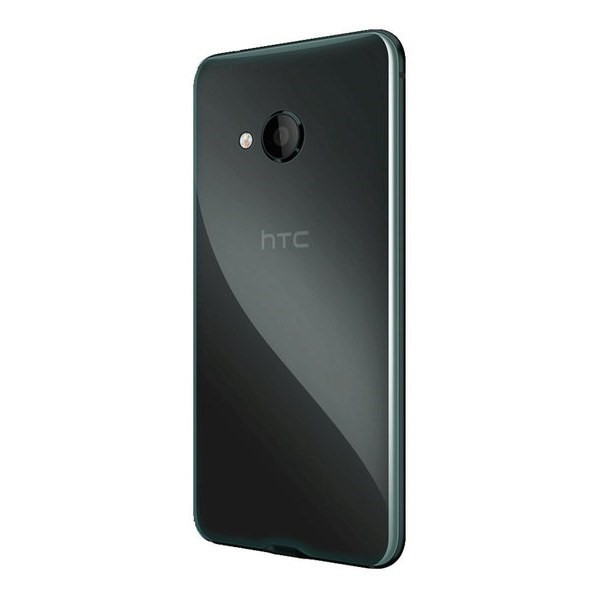 The HTC U Play doesn't just sound good, it sounds the way the user likes it. The gadget is equipped with a unique U Sonic technology that is capable of analyzing the shape of human channels and customize the sound, pushing out the data obtained. It looks like this: connect the branded headset, you go to the settings of the U Sonic application and run the check. Then listen to the noise for a while and finally, enjoying the sound optimized specifically for your ears - because the shape of the ear canal is as unique, as, for example, fingerprint. What is curious, Sonar on the HTC U Play phone can be started again at any time. 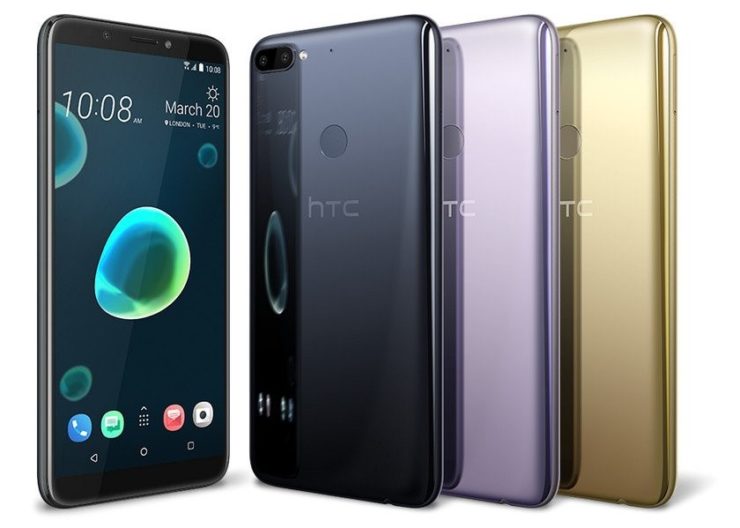 From the Desire 12 model, the HTC Desire 12+ smartphone is characterized by an enlarged screen, the diagonal of which is 6 inches. At the time of the release of Desire 12+, it was a record diagonal among all the smartphones of the Taiwanese company.

The screen has a modern aspect ratio of 18: 9, however, besides for it, the display is especially not for that. It is performed on the "budget" IPS technology. HD permission to a 6-inch screen gives a rather modest density of dots per inch - 268 ppi. In reviews, users complain about minimal viewing angles and that in brightness and clarity of the picture, the Desire 12+ matrix is ​​more seriously inferior to displays performed using technology OLED.

Camera HTC U11 EYEs is another proof that megapixels are not the main thing. Modest by today's standards, the camera resolution of 12 megapixels did not prevent the HTC U11 EYEs from scoring as much as 90 points in the DxOMark rating. This is one of the best results of 2018 – in terms of shooting quality, the smartphone will outperform even those models that cost twice as much.

What's the trick? Wide aperture (f/1.7) and large pixel size (1.4 µm). Thanks to this, the camera captures more light, and the pictures are of sufficient quality, even if they are taken in a poorly lit room. The main camera of the device also boasts that it supports both optical and electronic stabilization when shooting. It can record video in 4K format. 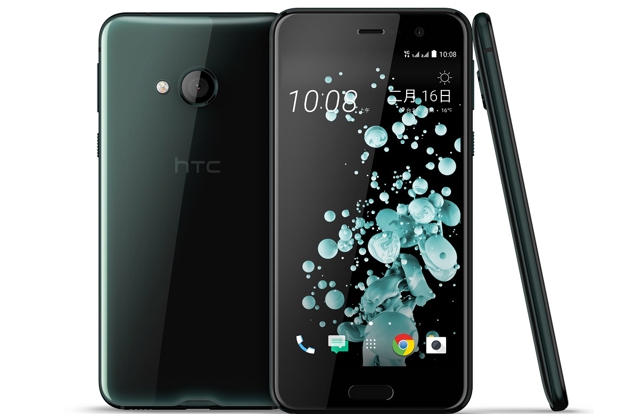 HTC U ultra can attract or repel its appearance - but it will not leave anyone indifferent. The smartphone looks completely "alien" and futuristic - and all thanks to the special covering of Liquid Surface, which changes the color depending on the degree of illumination and distorts the reflection in the glass.

HTC U Ultra is also amazing yet by the fact that it is a carrier of artificial intelligence - which is called HTC Sense Companion. The device is able to study the user's habits and give helpful tips. Moreover, the gadget can customize the sound of music, pushing out from the structure of the ear channel of its owner - the technology U Sonic This model also supports.

HTC U11 Like U Ultra, has an unusual "overflowing" design, which is the subject of fierce disputes: supporters praise Thaivans for courage in experiments, opponents find the appearance of U11 vulgar and argue that the glossy body is quickly covered with prints (this is, by the way, though).

However, in the case of the HTC U11, design comes second. The main feature is the innovative Edge Sense technology, thanks to which the user can control the gadget by simply squeezing it. The device recognizes the force of pressing and, depending on the settings set, performs some action - for example, launches the camera application or takes a screenshot of the screen. It's an amazing piece of technology that's been updated and enhanced on the more modern U12.

HTC U12 Plus – classic flagship with top filling, amazing performance and a host of innovative features that are not intended for entertainment, but bring real benefits. It retained the ability to control compression - a "feature" that surprised everyone on the HTC U11 - and added new gestures, such as double tap. While other manufacturers are busy remaking Animoji in their own way, HTC makes sure that their smartphones are really convenient to use - both right-handed and left-handed.

HTC U12 Plus cameras deserve special praise. The products of the Taiwanese company were especially liked by the authoritative expert agency DxOMark. At one time, HTC U11 set a record, gaining 90 points in its rating. HTC U12 Plus climbed much higher - it has 103 points. The device's camera boasts 10x digital zoom, ultra-fast autofocus, the ability to apply studio-quality effects, and shoot 4K video at 60 FPS.

Select current HTC smartphones is not as large as before, and modern models are no longer amazing. On the one hand, the brand's unique approach to the development of mobile phones attracted attention - they were expected, surprised, accepted or not accepted. On the other hand, such a strategy led the company to decline, and today new models, although they come out, look good at best, but they cannot impose competition. Perhaps HTC will be able to rehabilitate themselves and make them talk about them again, but so far there are no prerequisites for this. Tell us what you think of old and new HTC smartphones.

The best manufacturers of smartphones covers