We picked up several interesting gadgets that will help your children stay in motion.

Why do you need fitness trackers for children? For the same goals as adults - to make them move more, instead of sitting at home. Of course, a list of functions in a children's bracelet is different from an adult. Moreover, in order to interest the child, it is necessary to do this in a game form so that it is interesting for him. Famous manufacturers of sports trackers for children, for example, Garmin or Fitbit, are well understood.

It is worth noting that many manufacturers have abandoned the manufacture of children's trackers in favor of smart watches. The latter more possibilities, and the functionality they get useful not only for children, but also for parents who buy a smart watch may not worry about the whereabouts of Chad.

Read the most interesting ones in our thematic selection - The best smart watches for children. For those users who only want to make their kids more actively spend their free time below are the best children's trackers.

Tamagotchi and Pokemon were popular among children by certain The reason - children attracts care of a small virtual pet. To encourage babies to move more, Leapfrog takes this idea and mixes it with a fitness tracker.

The choice of 8 pets from the frog to the unicorn, together with which you want to perform tasks, collect points and play games. Initially available 14 tasks, but parents, if desired, can add 36 more. Total, in the amount of 50 different tasks available.

glasses that the child earns performing tasks, used to take care of the pet and feed it. In Pet Chef mode, you can assemble food for a pet. In this mode, the child will be able to recognize interesting facts about proper nutrition. The bracelet is completely moistureproof and supports the "School" and "silent" regimes, so the gadget will not distract children from classes.

This device is intended for use by children between four and seven years of age. There are three colors to choose from: green, blue and pink. 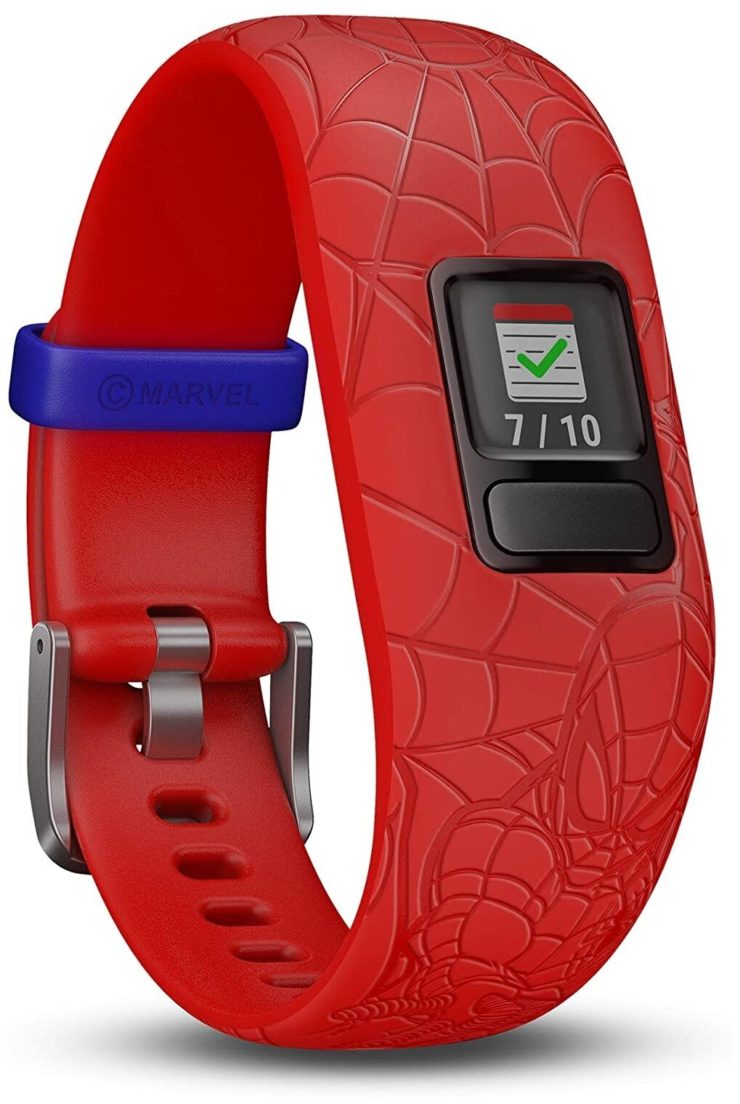 Vivofit Jr. 2 is Garmin's next generation smart bracelet for kids. Counting steps and reaching goals with Disney characters, including Spider-Man and the princess, will become even more interesting.

But what makes the process so exciting? When children reach their goal of 60 minutes of daily activity, they move to the next level. The scenario depends on which Disney character is installed in the bracelet.

Here, too, parents can use the app to track their child's steps, sleep, and activity levels. If you want to set reminders for housework, the bracelet will ring and vibrate to remind your child what they need to do (for example, paper and pen means it's time for homework). For completing reminders, you can earn virtual coins, which can then be exchanged with adults for rewards.

Garmin offers a choice of two sizes: a one-piece band for children ages four to seven, and an adjustable buckle equivalent for children six and older. You can choose from five Disney, Star Wars and Marvel character designs. All trackers are available in both versions.

In addition, the bracelet does not have to be charged every night. From a tablet-type battery, according to the manufacturer, the device will work for about a year.

The first version of the tracker was actually copied from the Fitbit Alta, but without a heart rate sensor. The design of Ace 2 has been completely redesigned, becoming brighter and more fun. The device received children's dials with an animated target indicator, moisture protection and a bezel around the screen to protect against shock, which, given the lower price tag, makes the gadget many times better than its predecessor. Later, when the child grows up, the tracker can be changed to an adult Inspire bracelet. Despite all the advantages, Ace 2 has not received a cardiac tracking sensor.

Smart bracelet allows you to track the number of steps covered and sleep time. The resulting data in automatic mode is synchronized with the application on the parents smartphone. A child can connect the device to its smartphone to receive call notifications or send messages asking for help if it is necessary.

According to the manufacturer, the device fully complies with the requirements that are presented to children's fitness trackers. Using the application on the smartphone, you can customize who from family members or friends will view information received from the bracelet.

Inexpensive Fitness Bracelet ITSImagical offers buyers the most necessary set of features - Tracking Physical activity traveled distance, burned calories. To force a child to play sports, this device works in conjunction with the brand application. The more active the kid does, the more points the points - which means it buys toys for his virtual pet, treats and gets other pleasant bonuses.

The bracelet is made of silicone. He is lightweight, feel good on his hand, and most importantly - the material will not cause allergies. Reliable fastening ensures that the tracker is accidentally lost. The recommended age of users is from 6 to 9 years. The device is synchronized with a Bluetooth smartphone or tablet - Android 4.4, iOS 7.0, and their newest versions are supported. Works accessory from the CR2032 battery, it is enough for an average of 3 months. Made a device in red or blue color. 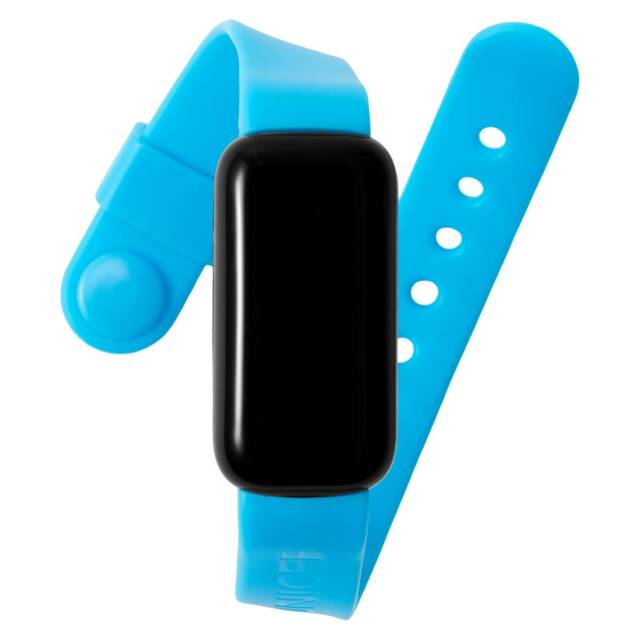 As an additional promotion of your children's activity, Kid Power Band from UNICEF helps send packages with food to need children worldwide. The longer your child will run around the playground and stay active, the more food will send UNICEF.

But the Kid Power Band goes even further. Upon completion of missions, you can view new videos, more detailed company revelation. For parents, a special application is available in which the missions passed and the current achievements of children are displayed.

The bracelet on the background of analogues is thought out worse, but the incentive that he puts in front of the children is a wonderful encouragement to move even more. According to UNICEF calculations, one battery charge is enough for 7 days of autonomous device. If the child likes the idea and he wants to move more than usual, charge the tracker, perhaps and more often.

Power Band is available in five different variations, three of which are limited versions of Star Wars.

The best apps for fitness bracelets

How to enable modem mode on Android

How to hide a photo on the iPhone?