TeXet TM-8041HD is very familiar for TeXet tablets design, although, of course, in this model, the housing is metallic, which gives the gadget more stylish look.

Virtually the entire front surface occupies a touchscreen display, over which the front camera is located, you can see the camera on the back side and the company's logo.

On the top and bottom faces are the on / off button, the headphone connector, the "Home" button, the card slot microSD, the MicroHDMI connector, port microUSB, "Reset" button. 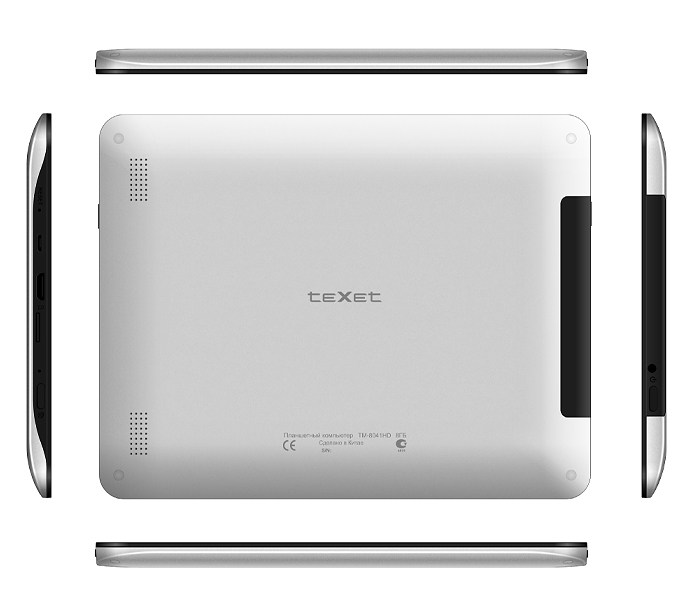 The assembly was performed quite well: we did not notice the backlash and squeaks. It is convenient to use the device. 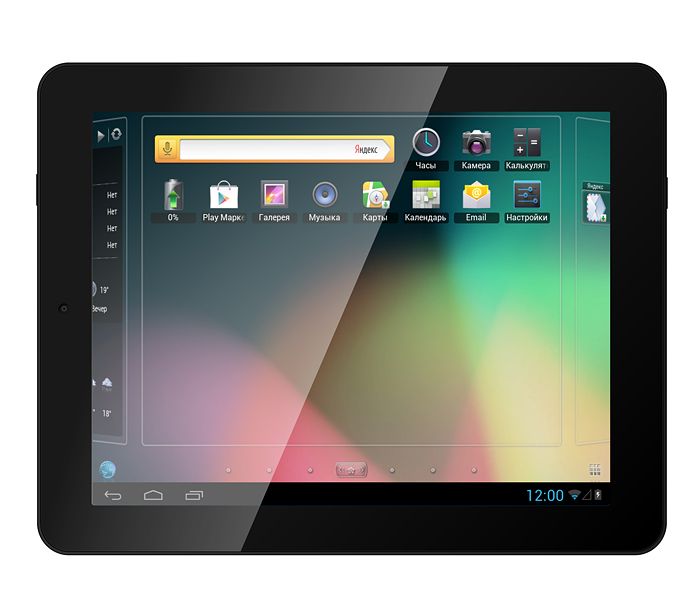 TeXet TM-8041HD based on a 2-nuclear processor Amlogic AML8726-MX Cortex-A9 with a clock frequency of 1.5 GHz, MALI-400MP graphic accelerator and 1 GB of RAM DDR3. The device has shown a good performance : games and applications work well, without "glitches".

Integrated memory - 8 GB, there is a microSD / SDHC card slot. The gadget supports work Wi-Fi, but Bluetooth and GPS are missing.

From the software installed: Yandex. Shell and some other services from the search engine (train, car, market, etc.), Adobe Reader, Chrome browser, email client and some other programs, But there is not one, even the simplest, pre-installed game.

Software updates occurs "by air", you only need to connect to the Internet.

In TeXet TM-8041HD, an 8-inch capacitive IPS-display is used with a resolution of 1024x768 pixels and ratio parties 4x3. The screen is bright, the viewing angles are wide. Pixel density - 161 PPI, which is a very good indicator for models of this class.

The image is quite high-quality: natural colors, good clarity.

Note that the light sensor is absent, so the brightness of the screen will have to be adjusted manually.

TeXet TM-8041HD is equipped with a 2 megapixel main chamber, which allows you to take pictures with a maximum resolution of 1600x1200 pixels. Of course, quality image with such parameters will not be good. In any case, this chamber will not even replace the "soap".

There is a 0.3 megapixel front camera for video link in the tablet.

The tablet is equipped with a lithium-ion battery capacity 4000 mAh. In practice, battery is enough for a long time. For example, when watching a video for 5 hours "non-stop" there remains 12% of the charge. In standby mode, when the display is turned off, there is a discharge of 3% for 6-7 hours.

How to enable developer mode on Android

How to Connect iPhone or iPad to TV?

How to upload photos to Instagram from a computer

How to create playlists for iphone?