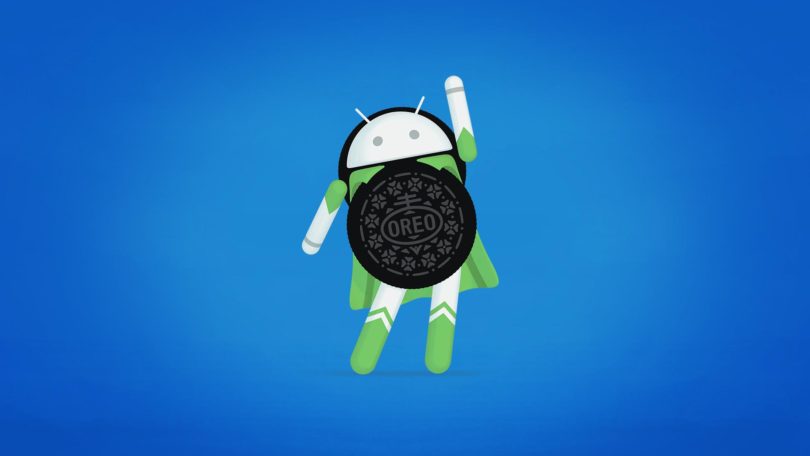 Description of the five innovations of the system that can do work with it more pleasant.

The Android 8 operating system begins to spread on smartphones and there are enough reviews on the Internet that managed to introduce readers with the main innovations. These include the channels of notifications and video "Picture in the picture". However, inside the system there are not such notable changes that are also significantly improving Android. Android Oreo received important improvements that may not be apparent at first glance, but will have a significant impact on everyday work with devices.

Applications In Android, there are two main states: in on the background and in active. Active applications are those with which the user is currently running. They are on the screen or can perform tasks in the background, but notifications support their activity. An example can be called Audio player. Background applications are used periodically, but at the same time continue to work constantly.

In Android Oreo, active applications can still do their affairs by activating the desired services in the front and rear plans. When you leave the application and it is sent to the background mode, the system gives a program for several minutes to complete the tasks. After that, Android marks the application as inactive and prohibits him to run tasks. This does not mean that the application cannot do anything. If developers want their programs to work in the background, they should request permission from the system task scheduler.

With the help of the task scheduler, the smartphone will awaken less often, since individual background services will not be launched when they want. The device will be activated periodically, perform the queue of the task scheduler and move again into Sleeping mode. If the results of the scheduler will be a notification, the user will see it. True, some programs, like Twitter customers, can send notifications with a delay.

The next time, during the selection of Android text, it can surprise you. Android Oreo can recognize the contents of the highlighted area and provide links to certain applications. This feature is called Smart Text Selection and it acts at the system level, nothing needs to be configured.

You need to highlight the phone number or address to start working. Next to the usual commands to "Copy", "Insert" and other reference to a specific application appears. For example, the phone number gives a link to the dialer, the addresses open in Google maps, the URL links lead to the browser.

You may also notice that on Android 8.0 programs began to look better than the previous one. The reason is that the system now supports a wide color range. Developers can use Adobe RGB and Pro Photo RGB Color Profile. Favorite photo editing applications will be able to better display colors.

Animation within applications will be improved. In the old Android versions, the Animator class was responsible for her, which was not too suitable for complex movements. Now there is a new interface of application programming for the physics-based animation using the SpringForce and FlinNimation classes. Developers introduce variables to create animation and the system displays it more smoothly and realistic.

In the process of its development, Android receives some functions that improve the convenience of operation. For example, work with networks Wi-Fi has become smarter than the former. The system can be remembered to which Wi-Fi networks the user has already connected in the past. As a result, when repeatedly connected, the input will be automatically executed.

Imagine that you are disconnected from Wi-Fi and left the network coverage zone. Then you returned to it and forgot to turn on the network. In previous versions, the Wi-Fi smartphone would use mobile traffic. In Android Oreo, the device knows what is in the area of ​​the network area and turns on to work with it automatically. In the extended settings, this feature can be turned off, but it is hardly worth it.

Work in public networks Wi-Fi was also improved. Instead of waiting for redirecting in the browser, you can click on the new login button to enter the login, which appears after selecting Wi-Fi from the list. This opens the login input page in the Chrome browser on a separate tab.

One of the main improvements of Android Oreo users can never notice. Google has changed the Android update process by changing the platform architecture using the Treble project. Unlike most other changes in Android 8.0, this will not appear on most devices that will receive Android Oreo. Not examined by Pixel smartphones, only those smartphones and tablets will support Treble, which will be released on Android 8.0.

Previously, Android updates on devices were to include updated drivers and a related code for working with hardware components. This code has produced manufacturers such as Qualcomm and MediaTek processor developers. These companies do not support their processors infinitely, and additional work on the integration of the code to update the devices slowed down the process of distribution of updates.

Treble gets rid of this barrier due to Android modular updates. Leaving on Android Oreo devices will have a low-level VENDOR IMPLEMENTATION layer, which will manage all hardware components. Instead of changing all this in each new version of Android, devices manufacturers can create an update for the next version of the system that will connect to VENDOR IMPLEMENTATION. This layer must be compatible for the future, so updates can go faster and for more time. Treble cannot guarantee that manufacturers and telecom operators will generally produce updates, but if they want, they can do it easier.

How Android Oreo GO is different from Android One

Smart shoes: what is it?

The best apps for gardeners and gardeners

How to calibrate the screen on Android?

Tips for choosing a laptop-transformer

How to connect the iPhone to the radio?