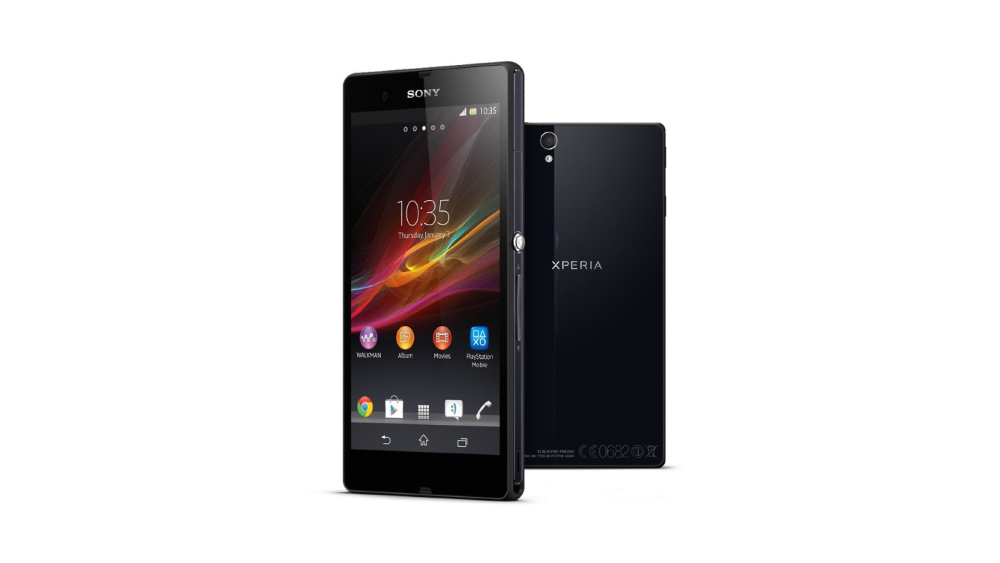 The Japanese company has launched a new smartphone Sony Xperia Z on the mobile market, which will be a very serious competitor to current and future flagship devices. It is the first major manufacturer to use a 5-inch 1080p screen. In our review, we will try to tell you about the features of this smartphone.

So, let's start with the appearance of Sony Xperia Z. It comes in a compact package that contains the smartphone itself, USB cable, headphones, power adapter, memory card 2 GB microSD (availability will vary by region).

The gadget is easily recognizable as a Sony device with its angular design. Glass covers the front and back of the device, blue plastic is used on the sides, and the edges are rubberized. There are several covers that make the machine waterproof (IPX57 standard) and dustproof (IP55 standard).

The choice of materials also has negative aspects. So the glass is quickly covered with fingerprints and loses its brightness, but at the same time, you can always wipe it.

The build quality is excellent: it seems that no squeaks, other sounds or backlash were found during operation. Since both sides are glass, the smartphone is reliably protected from scratches.

The Xperia Z has a fairly standard set of features above the screen - speaker, front camera, touch sensors and the company logo. Beneath it are touch-sensitive navigation buttons, which are part of the display, and a microphone.

On the right side are the volume control key, the power/lock button and the microSIM card slot, which is covered with a plastic cover. Unfortunately, there are no camera controls here. On the bottom right is an external speaker. 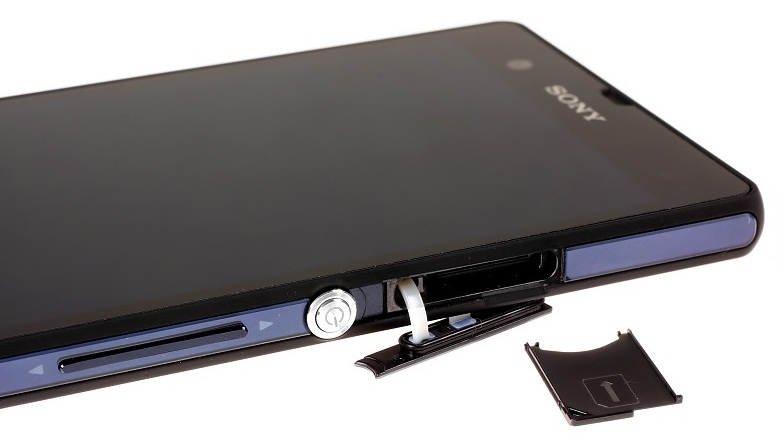 A 3.5 mm audio jack is hidden under a plastic cover on the top end.

On the left, under the covers, you can see the microUSB port and the microSD card slot, and under it the connector for the docking stations.

The lower end of the gadget is completely devoid of functional elements.

Finally, on the back you can see a 13-megapixel camera, LED flash and a second microphone that serves for noise reduction and for capturing stereo sound.

Sony Xperia Z is based on Snapdragon APQ8064 S4 Pro chipset with 1.5 quad-core Krait processor GHz and Adreno 320 graphics accelerator. The smartphone also has 2 GB RAM. In general, the gadget will not disappoint in terms of performance and speed, resource-intensive games and applications just fly on it.

The device is running Android 4.1.1 Jelly Bean. Built-in memory - 16 GB (there is a slot for microSD cards).

Let's move on to the GLBenchmark 2.5 test Egypt (1080poffscreen), which will allow us to test the graphics capabilities of the device. Sony's novelty did not disappoint here either, almost catching up with Oppo Find 5.

But most games will probably work in native resolution, so we made the Epic Citadel test, which uses Unreal Engine 3, which is very popular among mobile game developers. So this is a very important test. It was held at high quality settings and, surprisingly, the gadget was again in first place.

We already thought that all the tests would pass the smartphone perfectly, but the browser tests were not very successful for the Sony Xperia Z. 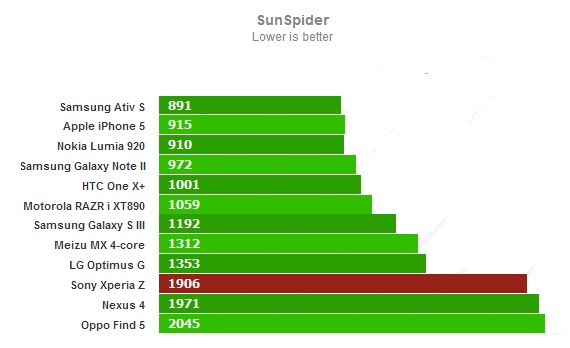 You can actually see the advantage over 720p displays with the naked eye, but the difference isn't that big.

Below is a dedicated sunlight readability test:

However, the screen is by no means perfect. First of all, the viewing angles are not very large. Of course, a step forward has been made compared to the Sony Xperia T, but a very small one. So in this direction, Sony needs to work more carefully in order to catch up with competitors.

Also note that the display does not have very good contrast and not very inspiring colors. Below is a test.

pictures with a maximum resolution of 4128x3096 pixels. If you use the default improved automatic mode, then get a photo with a resolution of 3920x2940 pixels.

The difference between advanced auto mode and normal mode with all auto settings is that the unit first tries to guess what scene you are trying to capture and adjusts all picture parameters accordingly. This includes color saturation, contrast, exposure metering mode. In normal auto mode, only the exposure is set, but you can experiment with the rest of the settings.

In improved auto mode, the smartphone takes good quality photos, although the colors are a bit oversaturated in our opinion. The noise level is average, the dynamic range is good, and the contrast is just excellent.

In general, we note that the results are quite good, although we did not find any noticeable advantages compared to the flagship 8-megapixel models. 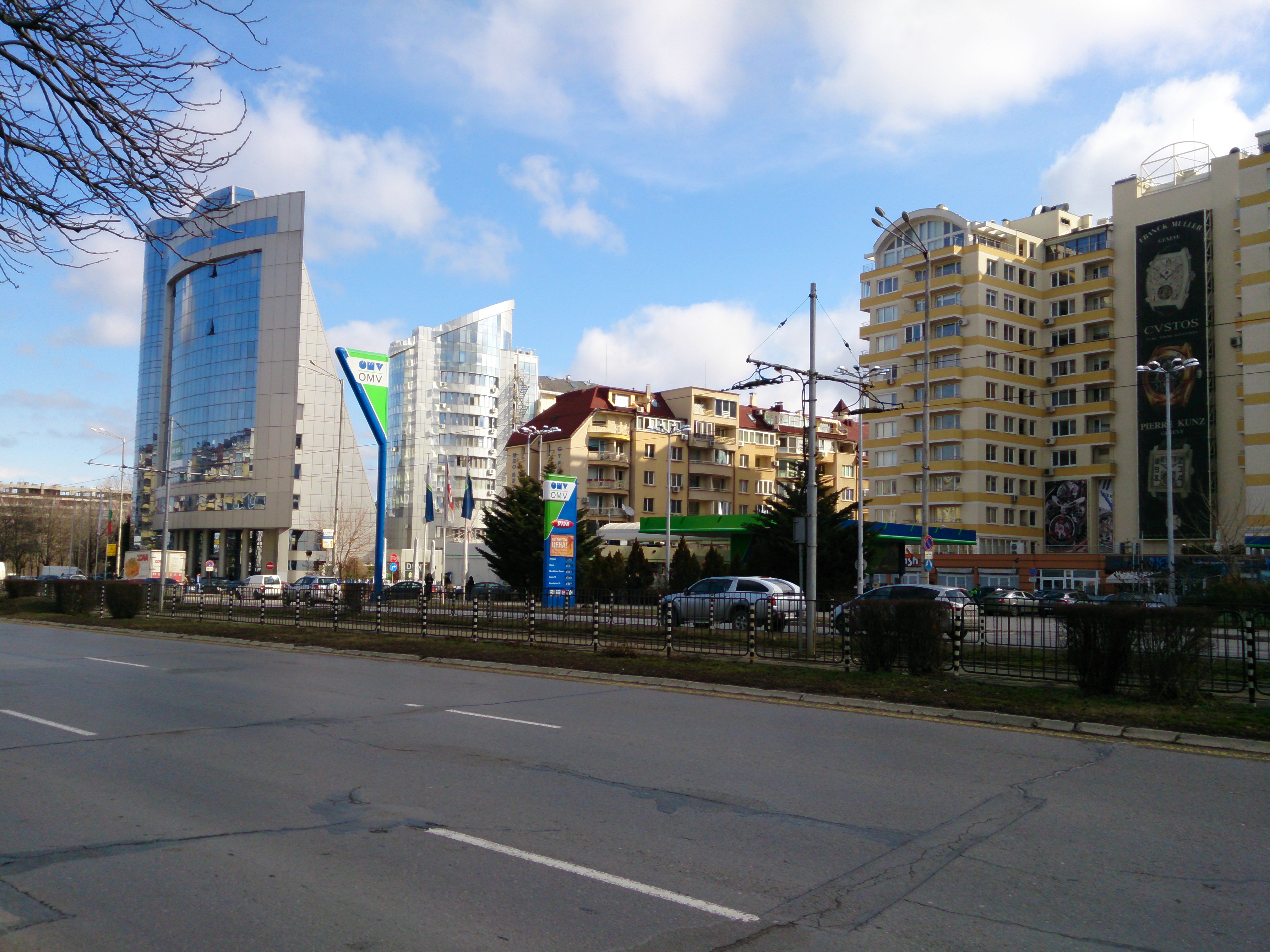 Xperia Z is able to shoot video with a resolution of 1920x1080 pixels with a frequency of 30 frames per second. This model also provides an opportunity of HDR for the video, which distinguishes it from most other smartphones.

This is, of course, a slight disadvantage, as the main things to do the device very well. Video has amazing detail. Bitrate fluctuates about 16 Mbps, which is a worthy compromise between the quality and size of the file.

In Sony Xperia z, a non-coordinate lithium-ion battery is used Capacity 2330 mAh. One charge should be enough, according to the manufacturer, for 11 hours of working in talk mode (GSM) and up to 14 hours via UMTS networks, up to 550 hours of standby mode, up to 40 hours - in music listening mode and up to 5.5 hours - In video viewing mode.

With the average loading of the battery smartphone, we were enough for about a day.

We summarize the main disadvantages: the low contrast of the display, the unable battery, a weak speaker.