New android is coming soon flagship is Samsung smartphone Galaxy S5, which incorporates all the latest technological advances. It seems that this year it can become the most popular smartphone, for this he has everything. There have been many rumors about what it will be, but compared to the S4, the company's new flagship has taken big steps forward. And so let's start the review of the Samsung Galaxy S5.

In terms of appearance, the smartphone looks more rectangular, it has become closer to the Note 3 than the Galaxy S4. The Samsung Galaxy S5 is nearly 6mm longer and 3mm wider than the S4 and weighs 15g. more. The body of the smartphone is completely protected from moisture and dust and is certified according to the IP67 standard, which means that the phone can be completely submerged in water and absolutely dustproof. The phone is equipped with a fingerprint scanner located on the button below the screen and note the sensor can also be used to securely enter any application on the smartphone, and not just to enter the main menu of the phone. On the back is a sensor that detects your heartbeat.

The body material has not changed, it also remained plastic, but its texture is good, so it is pleasant to hold it in the hand. The smartphone is also equipped with an IR infrared port, with which you can control all appliances in the house, that is, you will have one remote control. The phone has a compass, gyroscope, accelerometer and barometer.

There is a sensor on the back of the phone that detects your heartbeat when you place your finger on it.

USB port, the port is closed with a plug. It's not a mini USB, it's a USB 3.0 port. This gives the smartphone very fast data transfer as well as fast charging from a computer.

The Samsung Galaxy S5 is an ultra-high performance smartphone that uses a Qualcomm Snapdragon 801 quad-core processor clocked at 2, 5 GHz and Adreno 330 graphics chipset.

Android flagship functions on the basis of the Android 4.4 Kitkat operating system with the new version of the TouchWiz from Samsung. The interface is changed and improved it becomes more understandable. Completely changed the settings menu and updated part of the applications. 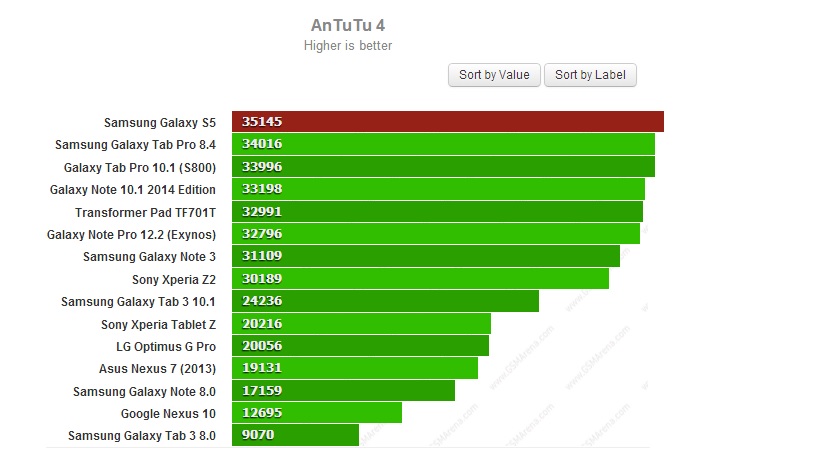 Very pleasant icons, lungs and some air. The menu has become nicer.​​ 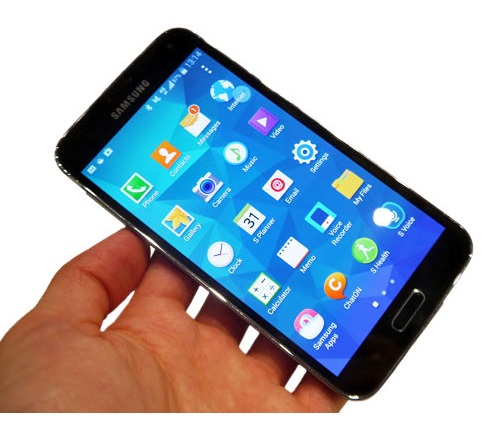 The smartphone is provided 2 GB of RAM. Internal memory 16 or 32 GB, which can be increased with memory cards microSD (up to 64 GB).

What can be said, the image on the Samsung Galaxy S5 screen has excellent qualities: large viewing angles, bright and saturated colors, fading on The sun is very low. Martphone is equipped with a 5.1-inch capacitive touch SUPERAMOLED HD screen with a resolution of 1920 × 1080 pixels, a density of 431 (PPI) pixels per inch and color reproduction of 16 million shades. The display is covered by Gorilla Glass 3.

The quality of the pictures is excellent for the top-level smartphone.

Pictures from the S5 camera.

can now say that the quality of the pictures is higher than on the Samsung Galaxy S4. The camera does not disappoint anyone in this phone.

The new smartphone is equipped with removable battery with a capacity of 2800 mAh, which is slightly more than on Galaxy S4.

The capacity of this battery is calmly enough for a day of use at an average load. In the smartphone, there is also a special Ultra Power Saving mode when it is turned on it is shown a black and white image on the screen, while you can only make calls and send messages, the Internet is turned off. The manufacturer says that at 10% of the remaining energy, the smartphone can still work for a whole day.

It is expected that the prices for Samsung Galaxy S5 will be from 29990 rubles for 16 GB version.

Sales in Russia and around the world will begin on April 11th.