The company Samsung in mid-October announced the new smartphone Galaxy S III Mini, which has an i-8190 index. This model externally is a reduced copy of the flagship apparatus Galaxy S III - the same design, housing materials, location of control keys. But this similarity ends, the characteristics of smartphones differ dramatically.

Samsung Galaxy S III Mini has dimensions - 121,55x63x9.85 mm, which resemble the size of the original Galaxy S. As we mentioned, the new model will have similar to Galaxy S III design. Thus, the South Korean company decided that the consumers of this gadget would be those who need more compact sizes and a smaller price.

As in the flagship model, almost the entire front surface of the device takes the display over which the front camera is located, the light sensors and the approximation, the speaker and the company's logo, and under it, the control key. On the back cover you can see the main chamber with a LED flash. Scroll for dynamics and logo.

The assembly of the apparatus is made very qualitatively: there are no screens when working and the backlash.

Samsung Galaxy S III Mini is based on a 2-core ST-Ericsson Novathor Modap processor of the U8500 / U8520 family with a clock frequency of 1 GHz, a graphic accelerator MALI-400MP and 1 GB of RAM.

These characteristics, of course, worse than the original Galaxy S III, but still provide good performance and allow you to reduce the cost. Below we give several tests that will help you evaluate the capabilities of the new smartphone.

The Benchmark PI test allows you to determine the performance of the CPU (the fewer points, the better), then the gadget was ahead of smartphones such as Sony Xperia Go, Sony Xperia Sola and Samsung Galaxy S Duos.

Test Sunspider - this is Benchmark for JavaScript, in it Galaxy S III Mini appeared very close to HTC ONE S.

BrowSermark shows how good the smartphone when working with the latest Web standards. Here the gadget was able to bypass Apple iPhone 4S. 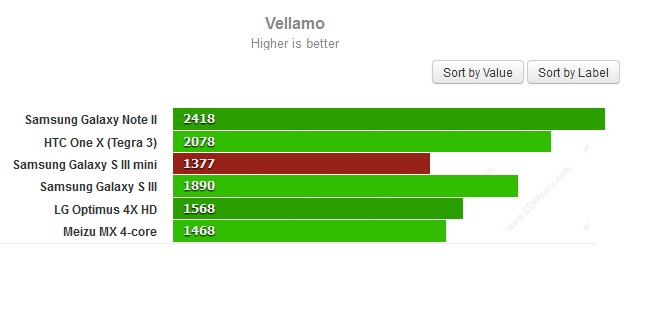 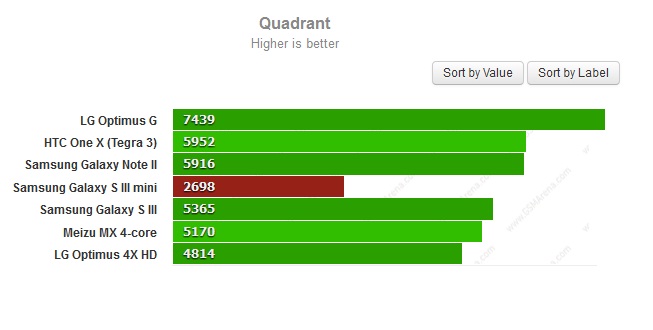 Right out of the box, the smartphone will work running the Android 4.1 Jelly Bean operating system, which, of course, is a big plus.

Pixel density 233 ppi, but since the generation AMOLED is used by a pentile matrix, then you can detect familiar point. Although it does not matter much, but this is one of those things that notice once and it will not leave your head. In Samsung Galaxy S 3 mini uses a 4-inch touchscreen display, made using Super AMOLED technology, with The resolution of 800x480 pixels and color reproduction of 16 million shades. It is identical to the screen that is used in the smartphones of Galaxy S and Galaxy S Advance, so the image quality is the same.

Considering all this, we can say that the display has more than a decent image quality for the middle class of devices. The colors are saturated, the black color is the same deep, as in other amoled screens, and the viewing angles are very broad.

Galaxy S III Mini is equipped with a 5-megapixel camera with LED flash and autofocus function. The novelty allows you to take pictures with a maximum resolution of 2592x1944 pixel.

The photo looks quite well, especially considering that this device is not a cameraoriented.

Examples of the photo you can see below. 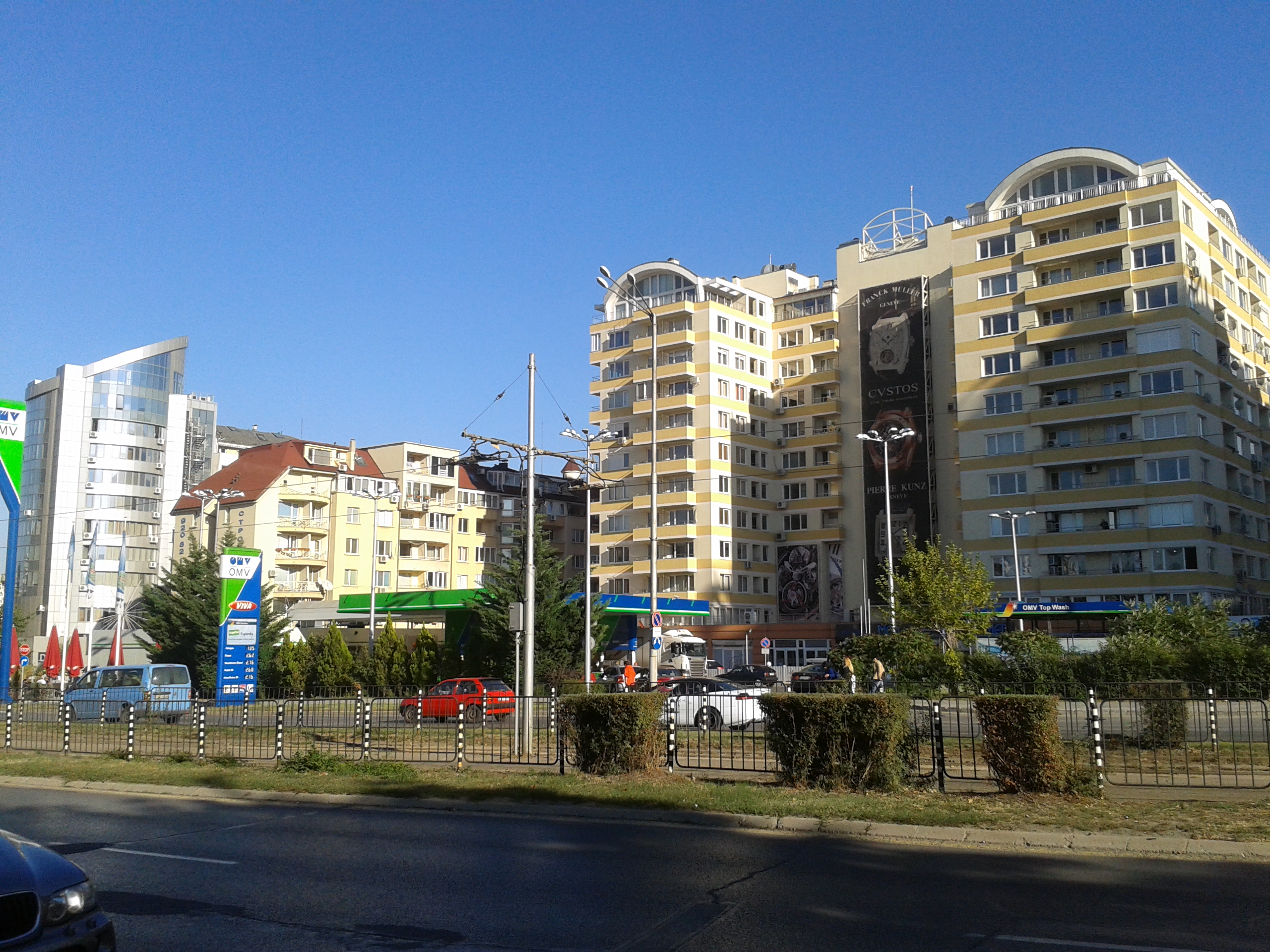 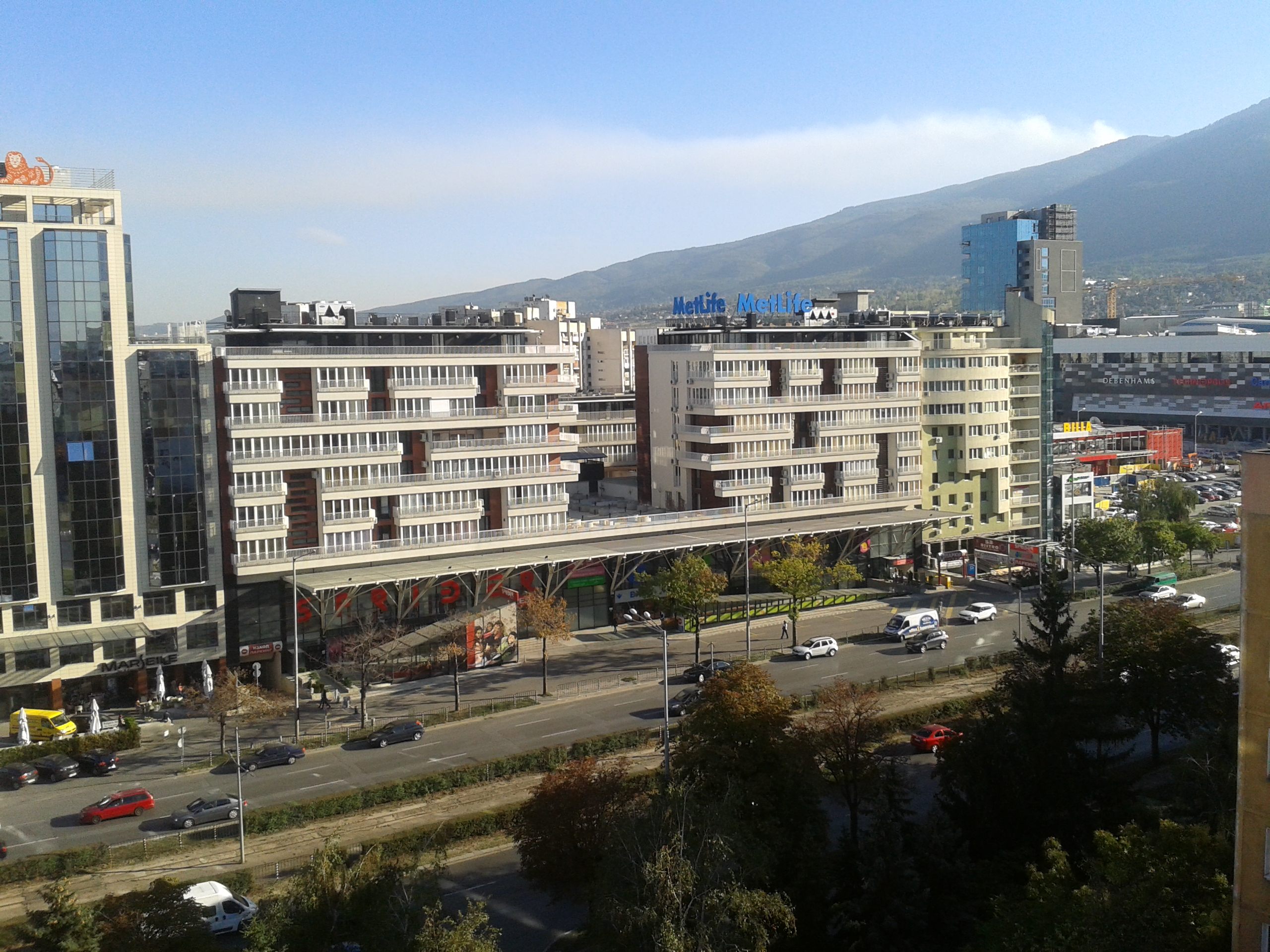 The camera allows you to record video in HD format with a frequency of 30 frames per second, which makes movements when playing Smooth enough.

Also in the smartphone is provided with a 0.3-megapixel front camera for video links.

The device has a lithium-ion battery with a capacity of 1500 mAh, which is enough for 6-7 hours of intensive use (Games, Wi-Fi and 3G-network, video, music and conversations).

The recommended value of the Samsung Galaxy S III MINI in Russia has not yet been voiced, but focusing on the European - 400 euros, it can be assumed that The price in the Russian market will be 18,000 - 20000 rubles.

How to view a password from Wi-Fi on the phone?

The best manufacturers of smartphones covers