Galaxy Note line of smartphones are designed to promote new hardware components, but this time nothing radical has appeared here. Of course, the rear camera has become dual, each module has optical stabilization, but the question arises, do people want to shoot from twice the distance or in portrait mode with artificial background blur?

There will certainly be those who wish. Note 8 meets these two needs and retains the highest quality photos and videos of the main sensor. The Note 8 camera is one of the best on Android. We'll explain why below.

The quality of the main camera speaks for itself

Even if the sub camera did not appear, the main one is one of the best in modern smartphones. In the S8 line, Samsung started using an updated Sony 12MP sensor, although rumors claimed that the sensor would remain unchanged from the S7. In most cases, this means small improvements in quality. The Note 8 developers had a few more months for additional improvements and optimizations. While most photos are on par with the S8, the camera app launches a bit faster thanks to software optimizations and a increase in RAM by 2 GB. 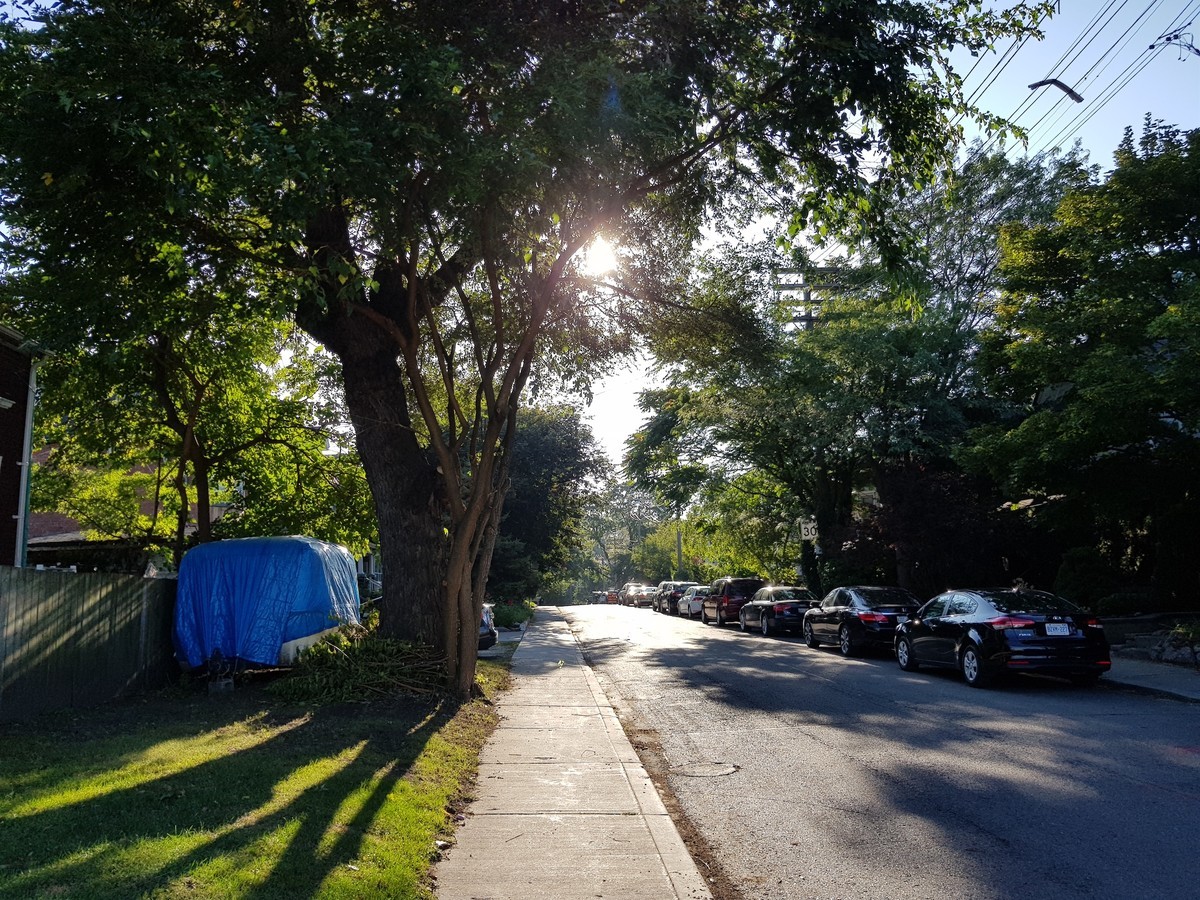 Testing showed extremely warm image tones, rich colors, high definition. Software correctly defines the shutter speed and exposure settings for different scenes. As with S8, Note 8, in most cases, high-quality photos gives. In the most difficult conditions, you can apply manual mode, which is also among the best. You can manually set the focus and other parameters, which are usually available only on mirrorless and mirror digital cameras.

This section will keep a comparison of photos with live focus on Note 8 and in portrait mode on iPhone 7 Plus. The latter gives simple images and erroins the background more than the Samsung apparatus. The good news is that Note 8 allows you to configure the effect of blur in real time. It helps to find the right combination between realism and effect. On the other hand, even the maximum use of the blur effect does not reach the iPhone level.

Live Focus Mode on Note 8 uses the second chamber to create a three-dimensional image depth card. On it, the object in the foreground is separated from the background. It resembles the use of lenses with a very narrow depth of the image that create the bokeh effect. In this case, it is artificial because the sensor on the smartphone is tiny, and the lenses are even less.

Although this is the first Samsung attempt in this direction, the developers brilliantly coped with their task. There are scenarios of shooting, in which the edges of the object are a bit clipped, but it happens infrequently. On the descriptions of the photos Note 8, not far behind last year's Apple devices.

Digital zoom satisfies the needs of not all photographers. When the real movement of the lenses does not occur, the digital zoom is an image circumcision option.

The exceptions are smartphones with telephoto lenses, such as Galaxy Note 8. And here the lenses can not be called Present telephoto, but they have a focal distance almost twice as high as on the main chamber, which allows without loss of quality to shoot at a distance of 2 times more and lose much less at a 10-fold increase.

Thus, it should not be afraid to use the zoom on Galaxy Note 8, at least compared to other smartphones, quality is at a higher level.

If you compare pictures with a 10-fold increase on Note 8 and iPhone 7 plus, the advantages of an improved sensor are manifested in reducing digital noise when shooting the sky and more readable text on Advertising announcements.

The new Samsung device allows you to remove with a speed of 240 frames / s per resolution of 720p. Results are obtained very high-quality.

SAMSUNG makes it easy to find a slow motion mode in the camera application and even easier to use it. Also in the gallery there are video editing tools that have been improved compared to last year's Galaxy models. This will allow you to quickly edit the videos without the need to move them to the computer.

Continuing the subject of editing, there are opportunities in the gallery to improve images. Basic functions like rotation, circumcision and filters are available in the default editing kit, and pressing the menu button starts Photo Editor Pro and allows you to make more subtle changes, like illumination and colors. Similar modes are usually available in professional editing packages like Lightroom. I would like only that these opportunities are in a more prominent place.

The main chamber has a sensor 12 mp and lenses with aperture F / 1.7. The second camera has a sensor of 12 MP and lenses and F / 2.4. In both cases, there is an optical image stabilization. 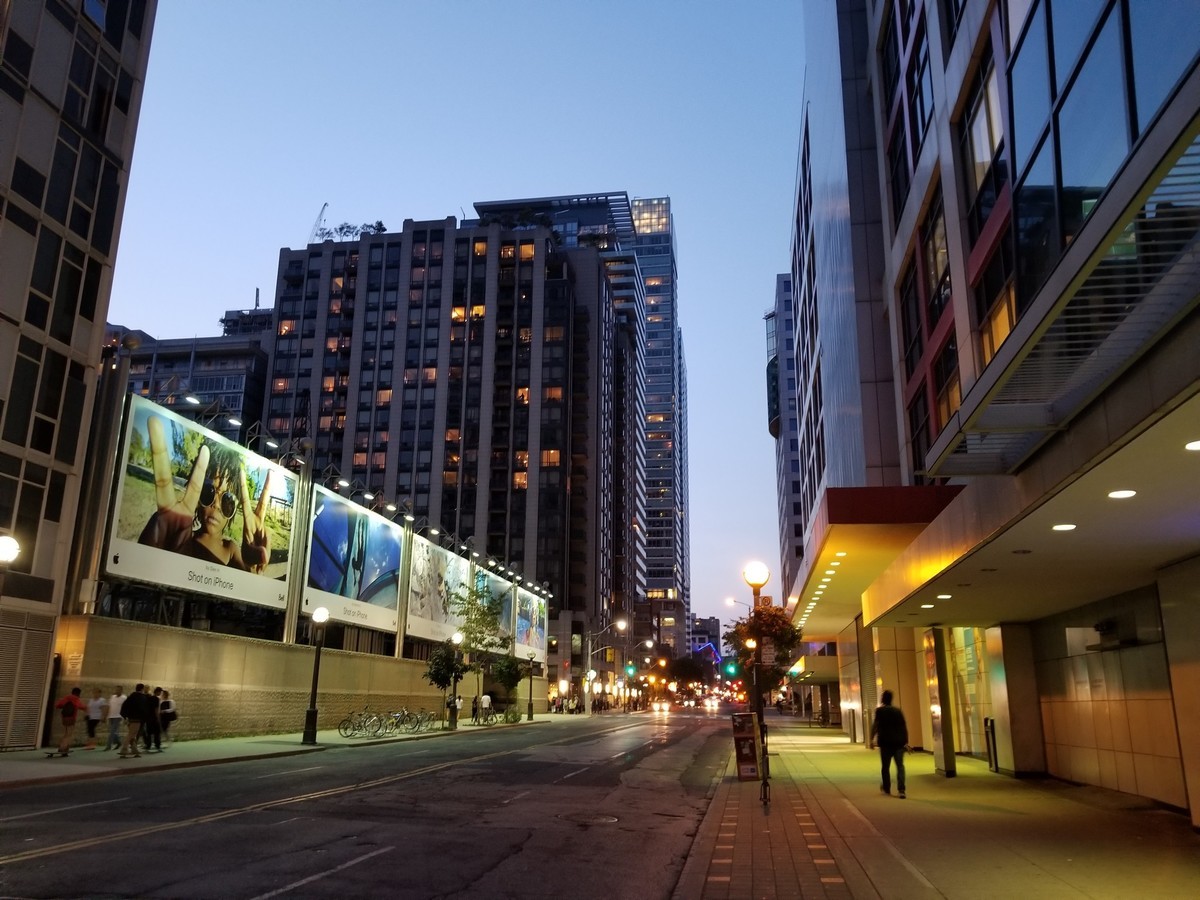 This means that good photos should be obtained at any level of lighting, regardless of the tremors in hand or increase the image. The presence of optical stabilization in the second chamber means that with a large probability, it will take part in the shooting with weak lighting instead of transition to the main chamber with a digital zoom.

If the Camera Appendix makes the gesture to the right, additional functionality will open with which the owners of previous Galaxy Note models may be familiar. There are modes of filming "Food", "Sport", Hyperlapse, slow motion. Separately, you can call the animation GIF.

If you do not want to set third-party applications to create gifs or they do not satisfy your requests, you can do it right in the camera application. It is enough to download this mode from the Galaxy Apps store, what is needed account Samsung.

The fastest and easiest way to start the camera application from any place By default, it consists in a fast dual pressure on the power button on the right side of the housing. High speed provides the volume of RAM in 6 GB.

You can shoot a lot of photos and video and not be afraid to fill 64 GB of integrated flash memory, not to mention unlimited disk space in Cloud storage Google photo. The more you take off, the better the photographer becomes over time.

The smartphone will become an excellent companion. Although the second wide-angle chamber on LG V30 or monochrome sensor on Huawei P10 Plus is also good, many prefer portrait iPhone mode, and now on Galaxy Note 8.

The best fitness trackers for children

How to make iPhone from Android?

The best applications for watching photos on Android

How android is better iOS?