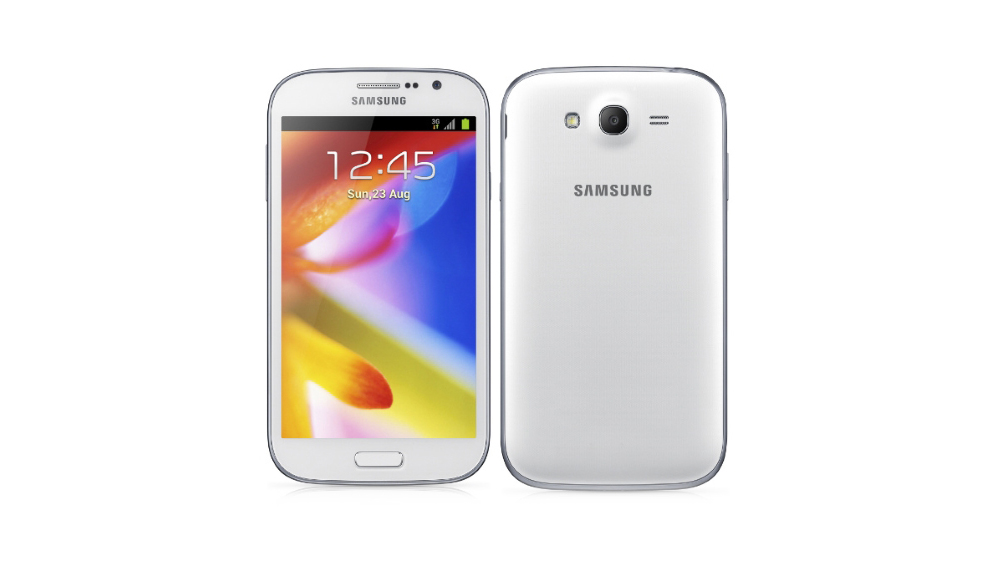 South Korean company issued a new Samsung smartphone Galaxy Grand, supporting the operation of two SIM cards. The device is a good apparatus with a 5-inch screen and a relatively low price. Of course, do not count on the characteristics of the similar Galaxy S III, but probably it is one of the best Dual-SIM smartphones.

As expected, Samsung Galaxy Grand is not the most compact device that can be found on store shelves. Its dimensions - 143,5x76.9x9.6 mm, that is, it is not the most thin smartphone with a 5-inch screen, but it is convenient to keep it in your hands, since Samsung was able to maintain a thickness of less than 10 mm. The weight of the device is 162 grams, which is relatively good for such sizes.

The smartphone has a color similar models that appeared after Galaxy S III. The main features of the design are borrowed from him, but somewhat different, more slippery plastic is used. It does not look good as Galaxy Note II plastic, therefore, it can be assumed that in this way the cost was reduced. Note that slippery plastic can cause some problems, but if you have enough hands (or when working with two hands at the same time), it will be convenient to manage the device.

On the front surface of the device there is a screen under which the home control key is located, and over it is speaker, sensors, front camera and company logo with the inscription "DUOS". On the right side of the end you can see the on / lock button, and on the left - the sound volume key. There is a 3.5-mm headphone output on the upper face, and on the lower - the output microUSB and the microphone. On the back, the main camera with LED flash, slots for external speaker and company logo.

This is actually everything about the appearance of the device. 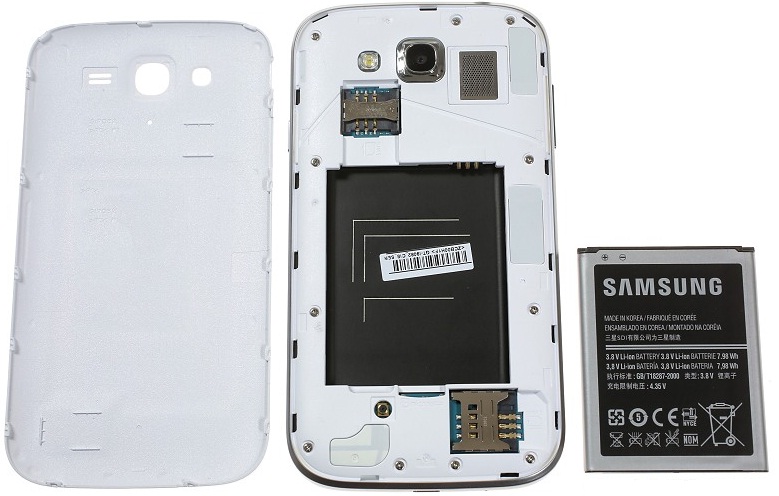 Now let's see what is under the lid of the battery compartment. There you will find two slots for SIM cards and one for the map microSD. To access one SIM slot, you must pull out the battery, it is enough to remove the back cover for the second. 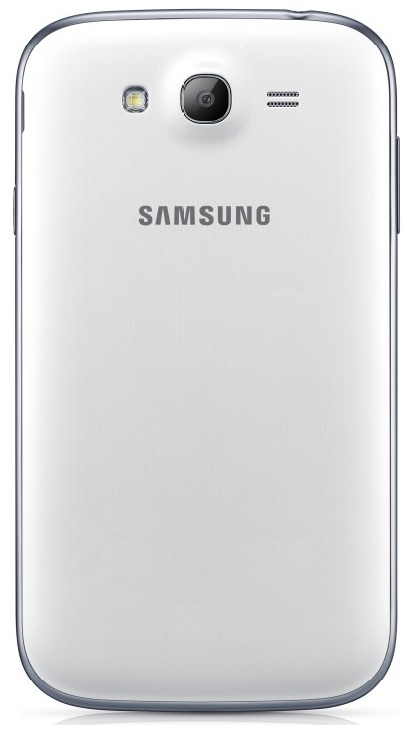 Although the specifications are similar to the Galaxy S II Plus, the architecture is somewhat different, so the test results may vary.

Benchmark Pi's single-threaded process test showed rather poor results. But that was predictable, as it lost out mainly to smartphones with higher clocked processors.

In the GLBenchmark test, our subject could not get past the Mali-400MP graphics accelerator used in the original Galaxy S II, but it is still close enough to him. 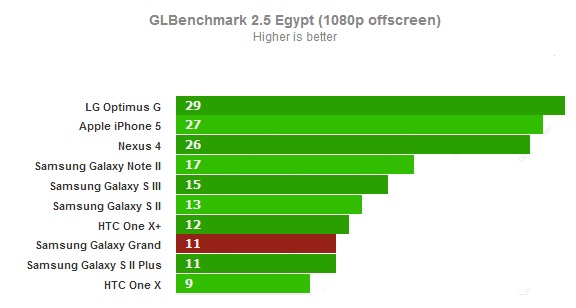 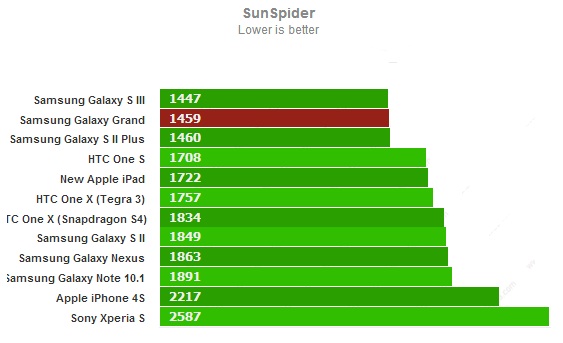 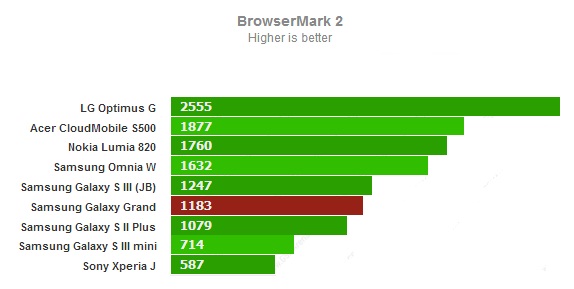 The Galaxy Grand has 8 GB internal memory that can be expand with microSD cards (max. 64 GB).

The device comes pre-installed with: browser, email client, programs for integration with social networks, audio and video players, as well as some other applications and games.

The Samsung Galaxy Grand uses a 5-inch capacitive TFT display with a resolution of 800x480 pixels and 16 million colors shades. The pixel density is 187 ppi, which is quite low.

You won't see the high contrast, good viewing angles of AMOLED screens, and the clarity is far from 5-inch FullHD displays.

In general, the screen leaves much to be desired, but do not forget that the device belongs to the mainstream segment and cannot compete with Full HD monsters.

The Samsung Galaxy Grand has an 8-megapixel camera capable of capturing photos at a maximum resolution of 3264x2448 pixels and recording Full HD video with frame rate 30 per second. It has an LED flash for shooting in low light conditions.

The smartphone has an extensive set of functions: touch focus, smile recognition, continuous shooting, panoramic mode and can take photos while recording video (but only in 720p resolution). But it lacks here HDR.

Snapshots are quite good. But if you compare, for example, with Galaxy S III, then the flagshipis better developed by the shadow, and the gadgets are almost identical to the color rendering and detail. 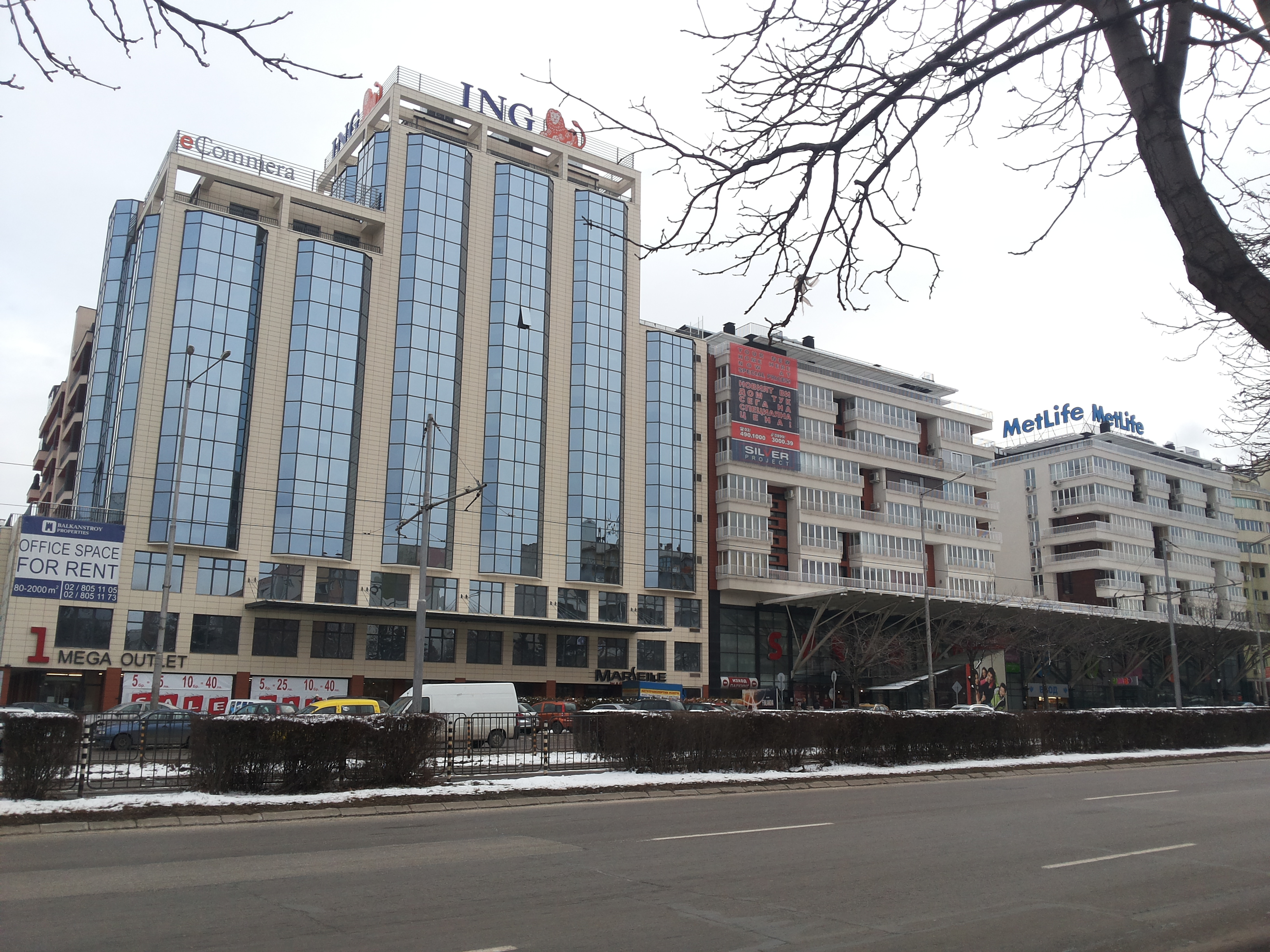 Also in Grand there is a 2 megapixel front camera for video links.

The device has at its disposal a lithium-ion battery with a capacity of 2100 mAh. One charge of a battery, according to the manufacturer, should be enough for 10 hours of 10 minutes of autonomous work in talk mode and 440 hours of operation in standby mode.

The price of Samsung Galaxy Grand on the Russian market - 17,990 rubles. Note that this smartphone is suitable for those who need a second slot for SIM cards, a fairly large display and solid software package. If Dual-SIM does not play a special role, it is better to look at Galaxy S II, which will be an excellent alternative to a new smartphone.

How to update android on the tablet

How to choose a TV