The company Ritmix brought to the Russian market a new Smartphone Ritmix RMP-520, which has a 2-nuclear processor, a large display, GPS module, 3G support and Wi-Fi.

Ritmix RMP-520 has nothing remarkable appearance. The gadget repeats the features of previous models of this manufacturer.

On the front of the device there is a display, over it - speaker and front camera, under it - touch control buttons with white backlight. From the side you can see the audio volume key and the on / off button, on the lower end - the port of microUSB, and on the upper - the output for headphones. On the back of the main camera with LED flash, the company's logo and slits for external speakers.

The assembly of the device is performed quite well: there are no backlays and symptops during operation.

The smartphone itself is very ergonomic: the materials from which the housing is made are pleasant to the touch, use the gadget is convenient, despite the large sizes, although, of course, it is not always comfortable to drive one hand. 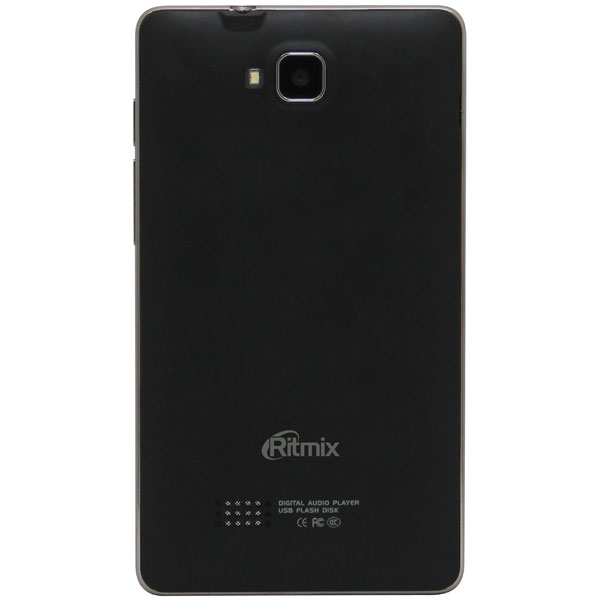 4 GB of integrated memory is also provided in the smartphone (there is a microSD / SDHC slot).

A standard set of pre-installed software is provided: browser, email client, integration with social networks, audio and video players, some other games and applications.

The gadget supports the operation of two SIM cards.

The Ritmix RMP-520 is equipped with a 5.2-inch capacitive TFT display with a resolution of 800x480 pixels. The device supports 5-finger multi-touch. Note that the image does not always have sufficient clarity, natural and saturated colors, although it is convenient to watch videos and videos.

Viewing angles are not very wide compared to IPS panels, and sun fading is significant.

The Ritmix RMP-520 has a 5-megapixel main camera with LED flash and autofocus. It allows you to take pictures with a maximum resolution of 2592x1944 pixels and record video at frame rate 30 per second.

The quality of photos is average, significantly inferior to photos taken on Samsung, Apple, LG and Sony smartphones with similar characteristics.

The novelty also has a 0.3-megapixel front camera for videoconferencing.

The smartphone has a lithium-ion battery with a capacity of 2200 mAh. The battery lasts for 4.5 hours of watching videos at maximum resolution and 6 hours of browsing the Internet via Wi-Fi.

How to open DJVU on Android: 8 best applications