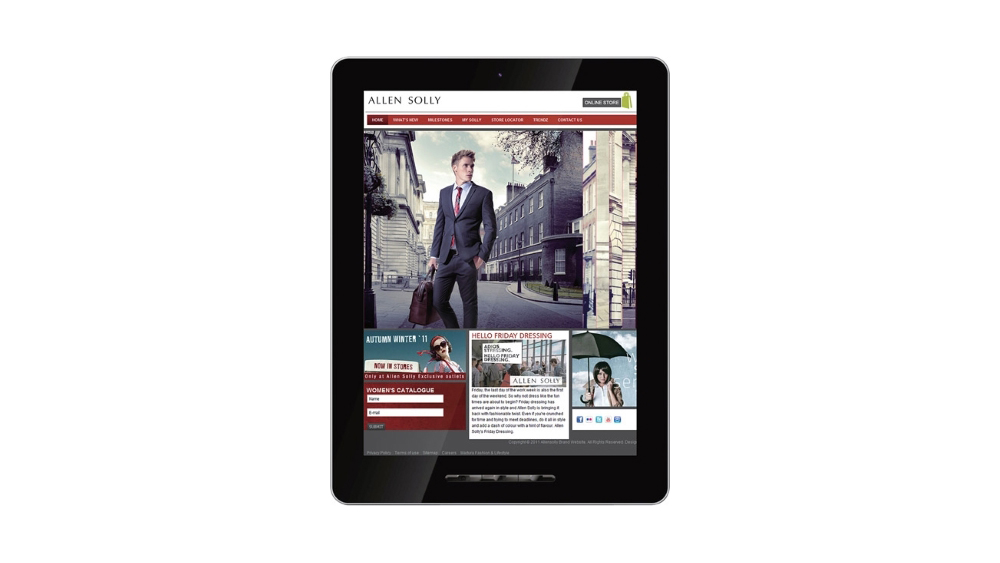 The announcement of the new tablet Ritmix RMD-1030, which can be attributed to budget models, was recently recently recently. From the features of the device, we note the possibility of mechanical blocking of the buttons, the presence of front and rear cameals, HDMI-output on TV. But first things first.

The design of the device is nothing special. The body of the tablet is made of plastic in the form of the monoblock. Almost the entire front surface occupies a display under which the mechanical control buttons are located, and above it is a front camera for video link.

On the back of the main chamber's eyes.

The assembly of the gadget is performed quite efficiently: there are no extraneous symptops when working and the backlash.

Ritmix RMD-1030 is based on 1-nuclear Boxchip A10 Cortex A8 processor with a clock frequency of 1 GHz, graphic accelerator ARM MALI-400MP, as well as 1 GB of operational DDR3 and 8 GB of the built-in memory, the volume of which can be enlarged using cards microSD.

Manages the tablet Operating system Android 4.0 Ice Cream Sandwich. Performance The gadget is not bad, there were no particular complaints when working.

From communicative capabilities in RMD-1030, the following are available: Wi-Fi, USB 2.0, HDMI.

Equipped with a Ritmix RMD-1030 9.7-inch touch capacitive display, made using TFT technology, with a resolution of 1024x768 pixels. The aspect ratio of the screen 4: 3, which is clearly not suitable for viewing the video.

There are no special complaints to the image quality. The viewing angle is wide, the fading in the sun is significant.

The tablet provides a 5-megapixel camera without a flash and autofocus function, so it is quite difficult to use it. Although with sufficient skill, you can get photos of good quality.

The machine is equipped with a 6000 mAh Li-ion battery. With fairly intensive use, the battery life of the device was about 20 hours.

The cost of Ritmix RMD-1030 has not yet been announced, but, judging by the characteristics, the price of the tablet will be around $250-300.

10 tips, thanks to which your video will look like professional