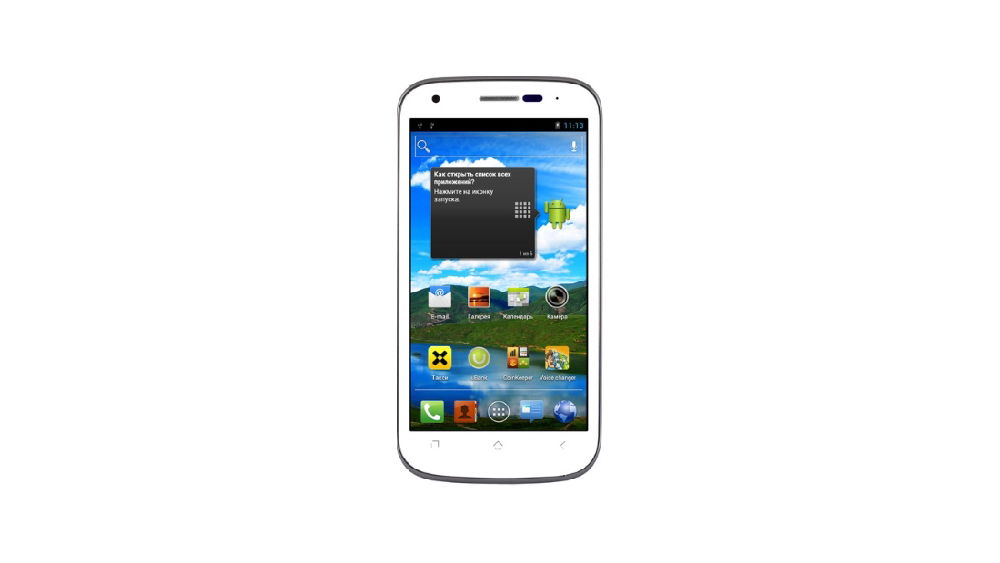 Very soon, namely in February 2013, sales of the first novelty of the new year from the company Fly - IQ443 Trend should start. The model supports two SIM-cards and will be available in two colors - white and black. In our mini-review, we will try to consider the main characteristics and capabilities of the new gadget.

Fly IQ443 Trend is made in the form factor of a plastic monoblock. Its front surface is almost completely occupied by a touch screen, above which there is a front camera, earpiece, proximity and light sensors, LED, below it are touch control keys: “Menu”, “Home” and “Back”. On the left side there is a volume rocker, and on the right side there is a power/lock button. On the top end you can see the USB and headphone jacks. On the back cover are the main camera with LED flash, external speaker and company logo.

The assembly of the device is done quite well: there are no squeaks during operation and no backlash. Although we note that when squeezing the cover on both sides, there are slight creaks.

Fly IQ443 Trend based on 2- 1 GHz MTK6577 core processor, PowerVR SGX531 graphics accelerator and 512 MB RAM. The gadget shows good performance and speed, although, of course, it does not pull modern resource-demanding games. It seems to us that 512 MB of RAM is not enough for a modern device, so it's surprising that Fly released the first novelty of the year with just such an indicator.

The device supports Wi-Fi, GPS, Bluetooth 4.0 and 3G networks. For other characteristics: built-in memory 4 GB, it can be expanded with microSDHC cards (max. 32 GB), the operating system is also slightly outdated, but quite functional, Android 4.0.4 Ice Cream Sandwich.

The smartphone has the following software: audio and video players, browser, email client, programs for integration with social networks, SPB TV, IVI.ru, FBReader and some other games and applications.

Image quality is good: bright and saturated colors, good contrast, wide viewing angles. In the sun, fading, as well as all IPS is significantly lower. Than the usual TFT screens.

In Fly IQ443 Trend, an 8-megapixel main camera with LED flash and autofocus feature is used. It allows you to make photos with a maximum resolution of 3264x2448 pixels and record video with a resolution of 1280x720 pixels with frame frequency 30 per second. There is also a digital zoom.

The following shooting modes are provided in the smartphone: Auto, night, sunset, portrait, landscape, theater, beach, candle light, HDR, panorama and some others. Also on the received photos, you can impose effects: mono, sepia, negative, underwater, chalk on a black board and a white board.

In the gadget there is a 0.3-megapixel front camera for video links.

The device has a lithium-ion battery with a capacity of 1800 mAh, which, according to the manufacturer, should be enough for 5 hours of autonomous operation in mode Conversations and up to 400 hours in standby mode.

The best applications for learning English

How to enable the "Find iPhone" function?

Smartphones from Kodak, Marshall and other unusual brands