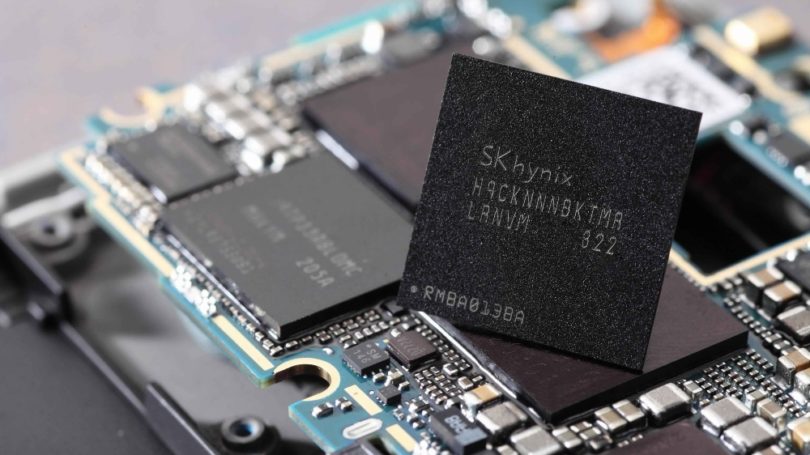 Is it important for a smartphone of RAM? Let's find out it.

The composition of almost any computer equipment includes two types of memory. Permanent (non-volatile) memory serves to storing MP3 compositions, photos, videos, documents and other important files. And what is different RAM? What does RAM affect how much a gigabyte is a modern smartphone? This article will answer all these questions.

What is contained in RAM?

Any smartphone consists of a variety of components. The strongest on the speed of the operating system affects the central processor (CPU). Second place in this rating certainly occupies RAM (RAM). If this component is very slow, and the free volume turned out to be very low, then in the work of the system and most applications will be observed. As an example, let's remember the very first smartphones based on Symbian, the amount of RAM for which megabytes were calculated. On those devices almost impossible to put the playback of music on a pause to answer the incoming call - when returning to the music player, the track began at first, since it was not enough space for storing the current position in RAM.

The main difference of RAM from permanent memory is energy dependence. When the power is turned off - the RAM is reset. But this type of memory is much more high-speed than ROM.

and then, and now the RAM is divided into several conditional sections:

What does RAM affect?

What are the benefits of the user if the smartphone has an increased RAM? On such a device can work in the background more applications. That is, the Internet browser will not load the page from scratch if you returned to him after visiting many other programs. Also, with a large amount of RAM, a huge amount of messengers, torrent client and appointments of other types can work in the background. But the speed of the operating system itself depends not as much from the volume, as from the speed characteristics of RAM. Affects android or iOS operating system and operating system optimization.

Sometime Bill Gates declared that 640 Kb of RAM would be enough to any computer. Now, even the mobile "Operation" requires approximately 1 GB, and to this you still need to add branded shell and then installed applications. And if the code is poorly optimized, then the brakes and hangs will be observed anyway. A good example is smartphones and Samsung Tablets, released until 2015. RAM in such devices had a sufficient amount, but a bulky and non-optimized interface literally forced the gadget from time to time to slow down.

The duration of autonomous work depends on the amount of RAM. Here everything is banal. A larger number of background processes strongly loads CPU. And this, in turn, entails increased power consumption. The manufacturers of smartphones are struggling with this due to a thinner process of chipset, a more capacious battery and better optimizing the pre-installed software.

How many RAM do you need a smartphone?

As mentioned above, the Android operating system can occupy from 512 MB to 1 GB of RAM. Also, the RAM is needed by those applications that will be installed during the use of the device. This means that now it is not worth buying a smartphone, which contains less than 2 GB of RAM. And this is the minimum parameter! If you need to buy a device that will definitely not unload recently running applications from the memory, then you need to think about the device, in the characteristics of which 4 GB are characterized or even a larger amount of RAM.

Please note that it is not necessary to overdo it. 8 GB RAM is only a marketing trick. Android while simply can not spend such a huge amount. Learn this to make only future versions of the operating system, which on the selected device, may be quite possible, will never come.

How to free the RAM?

Many of the owners of smartphones seems to be that to release the RAM, it is enough to open a list of previously running applications, and then click "close everything". In part, it really helps to release some volume of RAM, which will contribute, for example, to better launch of the game. But sometimes more efficient methods are required.

Many corporate shells have built-in tools for freeing RAM. Uploading from it applications can occur automatically, once at a certain period of time. But much more often release memory is manually. Consider the procedure for the user's actions on the example of a smartphone from the company Samsung : 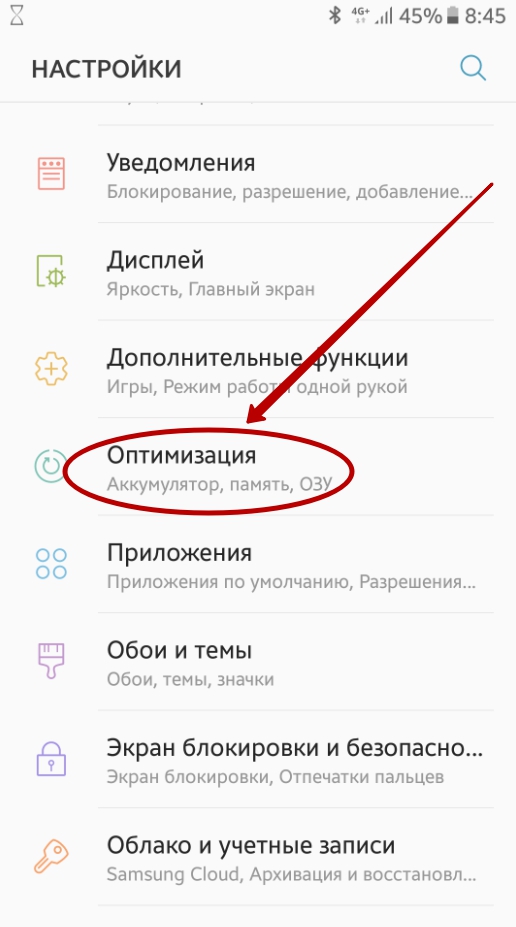 Step 3. Wait for the end of the device check, then press to the item " of RAM. Or click on the " button to optimize, if you want to release a permanent memory at the same time. 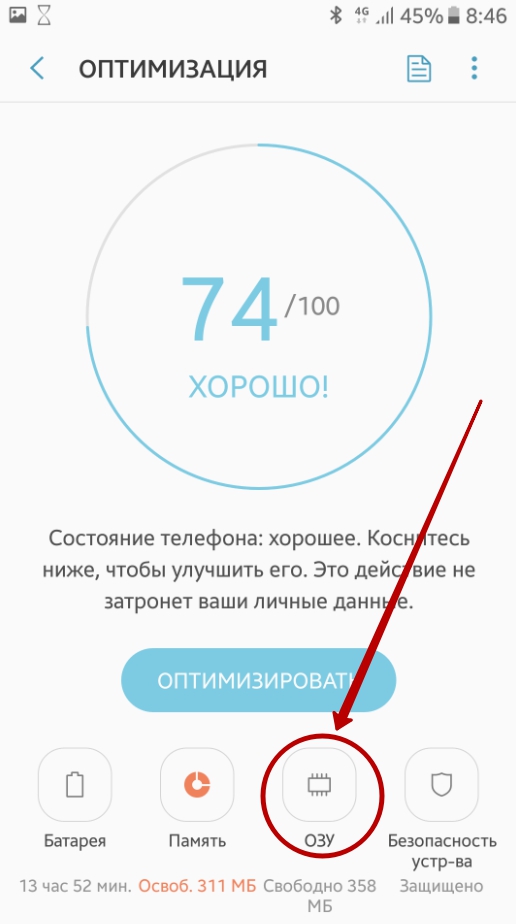 Step 4. In the subsection "RAM" additional will be launched examination. Then you need to press the button " Clear". The system will pre-prompt which amount of RAM will be released. 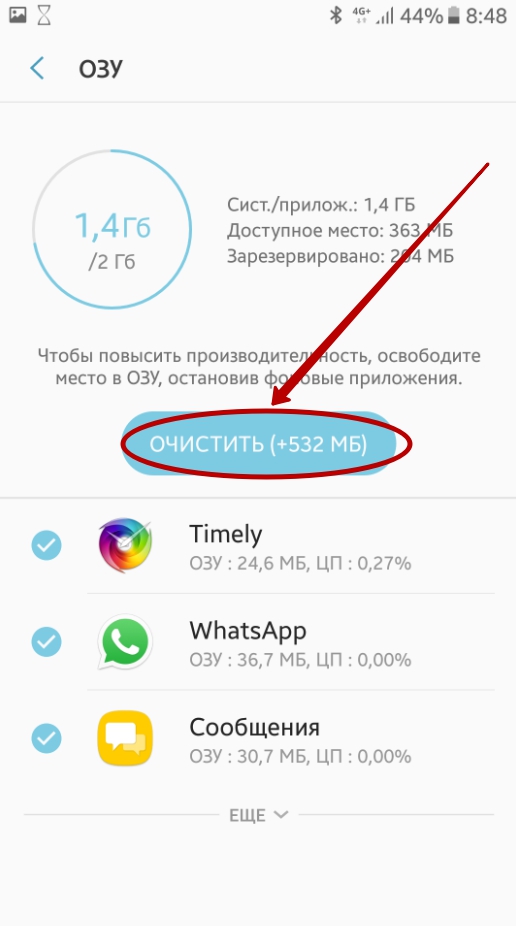 on smartphones and tablets of other companies The built-in optimizer utility can be somewhere in the menu, visiting "settings" in This case does not need. There are corporate shells and without the built-in possibility of freeing RAM. Fortunately, no one bothers the user to download a special application from Google Play, dealing with the same. On SetPhone.ru there is a separate article about best optimizers for Android - it remains to choose the appropriate option. Let's try to download and install CCleaner.

Step 1. Run the installed application. When you first start, you will need to press the " button to start.

Step 2. Also, the program may propose to upgrade to a paid version. It is devoid of ads and is supplemented with some useful features. If you don’t want to spend money yet, then click the “ Continue for free ” button.

Step 3. In the main window of the application, the amount of ROM is filled and RAM. In order for the program to understand exactly how much volume can be freed, you should press the button “ Analysis ”.

a warning that the utility needs permissions to work with certain sections of the operating system. Click the " Clear" button and grant the requested permissions. 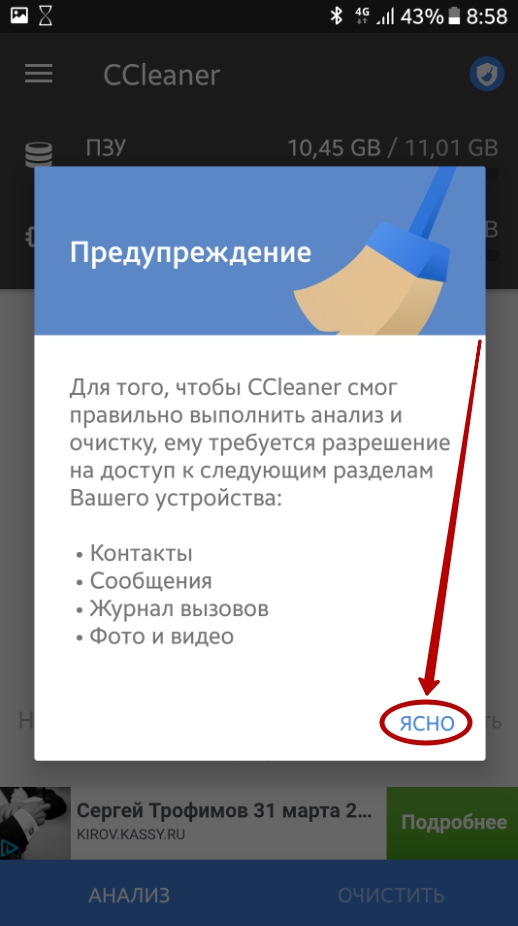 Step 5. Analysis can take quite a long time - everything depends on how long ago CCleaner was last run. When the process is completed, you need to check the boxes next to those elements that can be deleted from the permanent and RAM. After that, it remains only to press the button " Clear".

Step 6. Later you can tell the program to automatically clear RAM and ROM. This is done in a separate section. However, to activate this feature, you will need to purchase a paid version of the application. 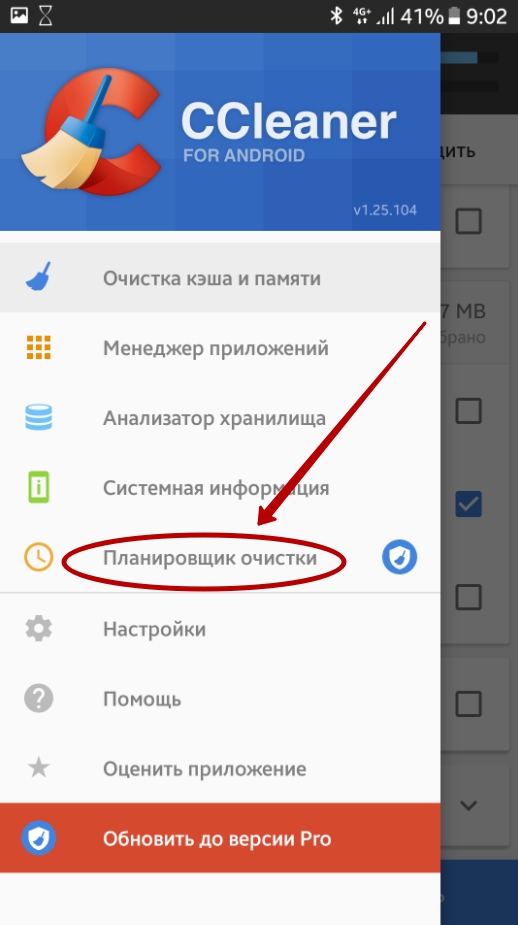 Clearing RAM is rarely required in modern versions of Android. Basically, this action may be needed before starting some very heavy game. In general, you don't have to think about RAM if the amount of this type of memory is equal to or greater than 4 GB.

This article made it clear what the RAM of a smartphone is. RAM is much faster than flash memory, but it requires a constant supply of energy, without which all information will simply be deleted. We also recommend that you familiarize yourself with how to increase permanent memory - this article is also very relevant for owners of budget smartphones.

How much memory you need in a smartphone?

What you need to do first after buying Galaxy S9

How to choose headphones with a built-in MP3 player?