Today we will tell you about what QR code is, as well as on the methods of its recognition.

The most QR code resembles a traditional barcode. But it has a square shape, and instead of strips of different thicknesses, many squares are used here, which ordered users can be taken for a labyrinth of strips. Why do I need QR codes? What application should be used to read them? Our article will try to answer all these questions. 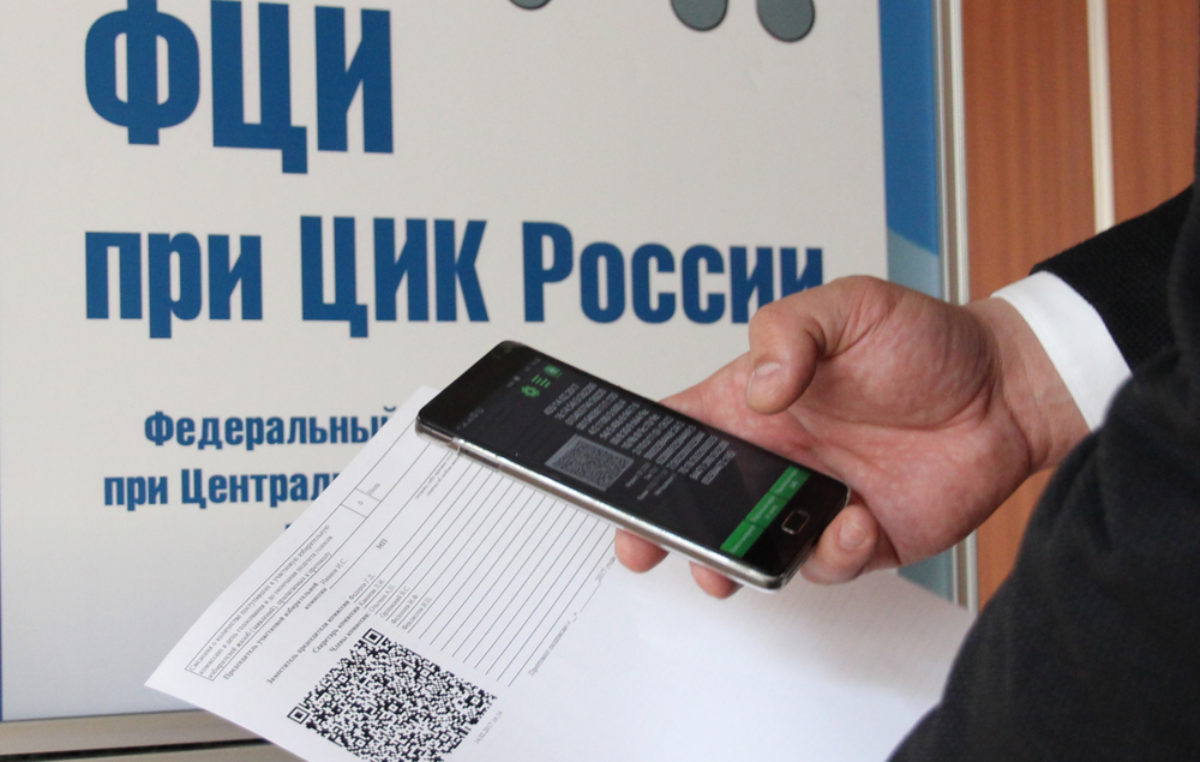 What are the advantages of the QR code?

In any QR code, this or that information is encrypted. It may be of the following types:

Why is the QR code now used, which is impossible to recognize without a specific application? Everything is very simple. If the usual address you can remember, and the phone number is entered into the contact book quite easily, then this focus will not pass with the URL. It is meaningless to photograph - In the future, you exactly be lazy to drive the appropriate text to the address bar of the browser. Take just at least the address of the current page in which there are many Latin letters and special signs!

QR-code scanning is the easiest way to go to some online page and make a bookmark.

We give a very simple example. Drink manufacturers regularly carry out various contests. But the full conditions of their location are impossible on the package - there is not enough space, or the font will become completely unreadable. The solution to the problem is to place the QR code. It will lead to an online page with detailed shares. It remains to scan it. What is interesting, sometimes there is no special reading program for this!

How to scan the QR code?

Some smartphones can recognize QR code without attracting additional applications. This feature is embedded in the standard program " Camera. When reading the code, a green square is displayed or some other sign, pressing which will allow you to read encrypted information or follow the link. We will not list a list of all smartphones and tablets that support this feature, as it is very large. We only note that it is most often so easy to reflect the QR code of the flagships.

Programs capable of decrypting QR code are usually very simple in the development. They weigh a little, so you can download any application even if there is no network Wi-Fi. If you need a similar program on the iPhone, then we recommend setting Scan. This utility has been created for a long time, and its interface is translated into many languages, including Russian. It can be read, including barcodes that contain information about the product. There is a program and an additional feature that consists in creating useful QR codes. For example, you can create a special code, the reading of which will allow you to connect to the Wi-Fi network. 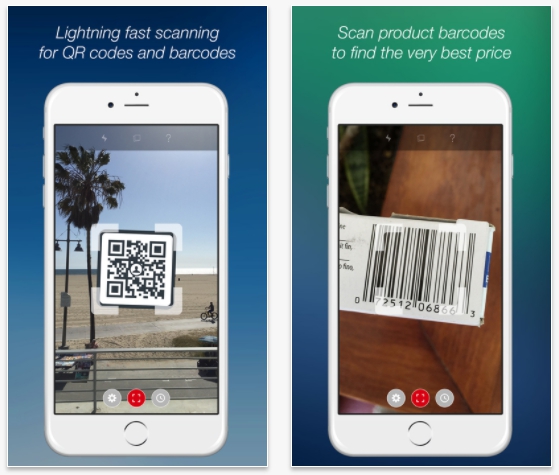 An even more simplified application of this kind for iOS is Bakodo. It also allows you to recognize bar codes and QR codes. There is no extended functional here, but the program works very quickly. Its disadvantage is that among the supported languages ​​there is no Russian. However, the Bakodo interface is so simple that it is not a problem. The application works on devices with iOS 8.1 or by the more recent version of the operating system.

As for the Android operating system, it has developed a huge number of programs that can recognize QR codes. For example, you can set QuickMark. This is a very small, but very functional application. It understands not only QR codes, but also bar codes of various formats. The interface here is made on English, but it does not frighten it. Each of your reading of any code is entered in history, which is very convenient. Links open through Google Chrome or any other browser that you have default. Unfortunately, there are developers and negative sides. They concluded during the time displayed advertising. Eliminate this deficiency can only buy the full version. And in the reviews, there are often mention that the application simply does not work on some smartphones.

For some time, the legislation of the Russian Federation obliges the stores to print at the QR code on the cash receipt, the scanning of which ordinary applications for nothing will not lead. To read such QR codes, you will need a program "Checks check" from the Federal Tax Service of Russia. The application scans the code, after which requests an electronic copy of the check from the tax service (now the data goes there almost immediately after the purchase). With the help of "Checks check" you can store the history of purchases of certain goods. But the program interface is not designed for this purpose. It is better to use the application along with any application that serves accounting income and expenses. Exports of an electronic check should be implemented in JSON format.

A much more popular program for reading QR codes for Android is Barcode Scanner. As usual, she knows how to scan bar codes, allowing you to figure out the average price of the product and read the reviews for it. The functional for reading the QR codes was added later, but it quickly became the main one. The application works very simple - you only need to bring the smartphone camera to the code, but after autofocusing the encrypted information will be displayed. The application is distributed free of charge, with no advertising in it.

As mentioned above, a lot has been created on android created. In this article, we will not list them all, as it does not make any sense.

How to create your own QR code?

There is nothing complicated not only in scanning, but also in the generation of own QR codes. This can be done in different ways - using a smartphone, computer or special site. We will not talk about computer programs, as this is not the subject of the setphone. But about two other ways we will definitely tell.

The easiest way to generate a QR code to go to one of the specialized sites. There are many of them, many of them are fulfilled in Russian. For example, you can go to Decodeit.ru, enter the desired text or link to the appropriate field, after which it remains only to click on the "Send" button. The site even carefully suggests how to keep the resulting picture. Does not allow this resource to encrypt in the form of a QR code only a business card. 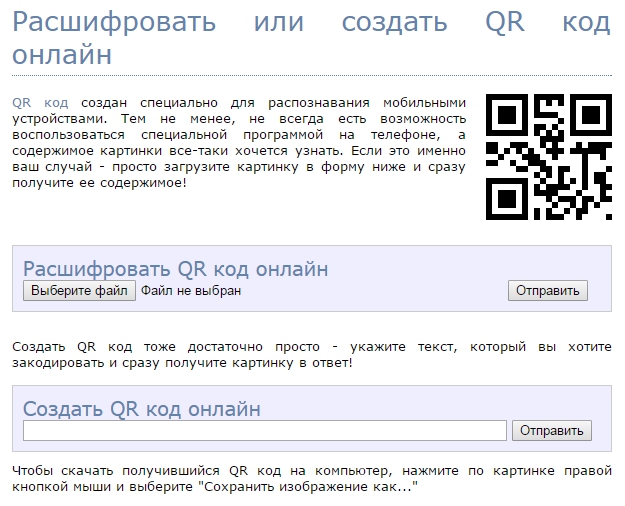 If you wish to use a smartphone, then try using the barcode generator. The interface of this application is translated into Russian, it does not appear annoying advertising, while the creation of developers is distributed for free. With this program, you can create a variety of bar codes - the full list of them is listed on the page in Google Play. As for the QR code, any information can be encrypted in it - from simple text to a full-fledged business card.

There are other programs for this kind. Above we looked at the option for Android, but something similar can be found in the AppStore.

How to scan QR code

What is TTL and how to change it

What is portrait mode and which phones support it

How to enable developer mode on Android

How to remove a page in Odnoklassniki?

How to remove music from iPhone?

Android stopped recognizing the SD card: what could be the reason?