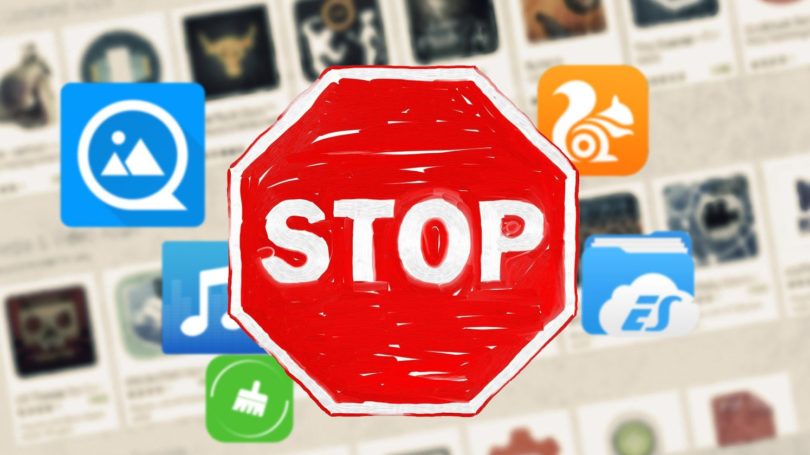 Some Android applications only pretend that are your friends. They promise to make life easier or entertain the user, although in fact just want to harm you and your device.

Google Play Store is very often criticized due to an inadequate approach to unsafe content filtering. With insufficient caution, you can track you, hack or deceive.

Having this in mind, we collected a list of very popular applications that cannot be installed in any way! The problem, however, is that these programs already have millions of installations - so make sure you are not the user.

What is this: Previously, QuickPic was unremarkable and easy to use a photo gallery. The application never highlighted, but thanks to clear informing and frequent updates, it has steadily increased the user's database.

The bad: In 2015, QuickPic was purchased by the infamous Chinese company Cheetah Mobile. Immediately after this, the photo gallery of the VMIG turned into a malicious Android app; The company started uploading user data to their own servers, as evidenced by one of the Google Services users, found a lot of new DNS requests associated with the application.

QuickPic was completely removed from the Play Store at the end of 2018, but returned "on the counters" in 2019. During the "triumphal" return Cheetah reported that QuickPic was removed not due to fraud with advertising clicks (Klikfrod), and because the company allegedly no longer wanted to support him.

Today there are hundreds of QuickPic clones. It is difficult to say which version is original. However, one simple rule will secure you: do not install any of them!

What should be used instead of: There are many gallery applications for Android. One of the best alternatives to QuickPic - Simple Gallery. It has a photo editor, a file manager and a few topics. What is this: ES File Explorer was probably the most popular application to work with files. All because before, about 5 years ago, the tool was really good.

than bad : the free version was filled with malicious and promotional software, and users constantly proposed to load third-party applications through pop-ups in the notifications panel, which cannot be turned off. However, the situation has deteriorated significantly in April 2019, when the once popular application was removed from the Play Store due to the click.

For those who do not know, Klikfrod is one of the types of network fraud, which is fraudulent clicks on an advertising link by a person who is not interested in an advertising announcement.

Today you can download APK file ES File Explorer or download dozens of similar applications that are still available in the Play Store. However, it is worth avoiding any iterations of the application.

What should be used instead of: There are many file managers on Android. If your priority is easy to use, then try Files from Google; If you like castomization more, then it is better to contact Total Commander. 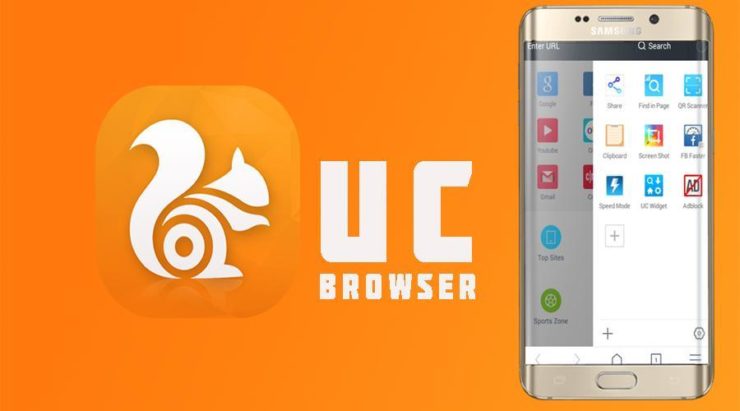 What is this: The most popular web browser for Android in China and India. Developers argue that it has a quick mode that will save your data thanks to compression.

than bad : tracking. Search queries are sent to Yahoo India and Google without encryption. IMSI user number, IMEI, Android ID and MAC address Wi-Fi are sent without encryption in UMeng (analytical tool Alibaba). And the data on user geolocation (including longitude / latitude and street name) are transmitted to AMAP (Alibaba cartography tool), again without any encryption.

What should be used instead of: Chrome and Firefox - two most obvious choices, if you need a quick Android browser, but some people are very worried about confidentiality, and Duckduckgo Privacy Browser - Reliable and universal option.

What is this:"The garbage clever on the phone", which was installed more than 10 million times and received 85 percent of feedback with four or five stars.

than bad : Most of what is advertised by the application, makes harm to your smartphone. For example, Cleaning the Kesha eventually slows down the phone operation, "unloading" of RAM will only lead to a greater battery charge consumption, and disabling running applications does not save charge at all.

What should be used instead of: Greenify - a much better option for saving a battery caused by applications, and SD MAID is a more useful unwanted mail filter for advertising files , magazines, etc.

What is this: HAGO - a universal entertainment application with friends, gemina and communicating with strangers in real time.

What is bad: Is HAGO safe in general terms? Yes, since there is no evidence of a serious "negligence" by the developers. However, the application, as the creators declare, "allows you to earn real money, playing various games and participating in groups. It immediately causes doubt, isn't it?

Add to this the fact that you can "earn more money" only if you download the application not through Google Play, but from a third-party resource. We consider it very suspicious.

What should be used instead of: On Android is available a huge amount of free games that allow you to play against strangers on the Internet, and such applications like WhatsApp will be enough to communicate with friends, And kik - for conversations with random people. What is: Du Battery Saver & Fast Charge is an application for saving battery with an insane download number - in the Play Store the tool received about 7.6 million five-star reviews!

What is bad: Fast charging? No application in the world can change the charging speed of your device. In addition, the number of advertising is incredibly irritable - the application sponsors an absolutely every banner that you see in any other application and shows its own advertising on the lock screen and notification panel. In addition, it is worth noting all these bizarre charts of speed and class animations, which absolutely do not make any sense.

The application was removed from Google Play in April 2019 as part of a fraud scandal with fraudulent clicks (Klikfrod). But you can still find APK files on various sites, and millions of people still run the application on old devices.

What should be used instead of: If you really want to follow your phone's battery statistics, you should use GSM Battery Monitor. For proper battery savings, try the aforementioned Greenify. What is this: Browser without advertising, with support for Flash and video, written on HTML 5. The web browser has 50 million downloads, and their number is only grown.

than bad: Like UC Browser, this is a nightmare in terms of surveillance for users. The worst thing is that the browser retains the history of visits to websites in mode incognito in the file on your phone! Users even found that when used VPN, the browser shows your address assigned by the provider. Therefore, the application is better not to believe and delete right now.

What should be used instead of: As mentioned earlier, Chrome, Firefox and DuckduckGo Privacy Browser are three best options. What is this: An application for illegal download of music, disguised as a musical player.

than bad : For a long time, Fildo was associated with the Chinese online entertainment NETEASE. The application used a trick with a backdoor API, because of which users could upload any song from the NETEASE servers.

Is the application safely today? May be. NETEASE closed the loophole, so many users have deleted the program. Now Fildo positions itself as an application for managing music. But the tool has a terrible background, and he should not be trusted due to the possible data collection and other methods of confidentiality.

What should be used instead of: If you want to listen to music, the obvious choice is such a service as Spotify (already running in the CIS countries). To manage music, try cloud player.

What is this: Another popular "Tool to increase the speed, saving the battery and optimization of the processes of the phone." The application had 600 million users and 26 million five-star reviews before was deleted in 2019. Again, APK file is still available and is widely used.

Why bad: First, Clean Master Created Cheetah Mobile. We mentioned these developers earlier - the company is known to the fact that it is bugging its applications by advertising, malicious and pop-up windows.

Secondly, QuickPic does not represent any utility. Yes, possibly applications for saving RAM once and were useful, but not now. New Android smartphones are capable of treating RAM themselves and ensure that everything is used most optimally - in many cases, the devices even deliberately support the loading of RAM to increase performance.

What should be used instead of: Honestly, nothing. However, if you really insist, you can try SD MAID. that this is: A huge number of different antivirus programs are available; Now most of the well-known antivirus packs for desktop PCs have versions for smartphones.

What is bad : Antiviruses are not bad for themselves, but they are largely popular - precisely because of this, the largest brands in this area began to sell Whole packs, in addition to antiviral capabilities, include other security tools.

However, there are a number of cautions that should be followed: if you install any software from third-party sources (that is, not from the Google Play Store), or your device is rutted, then it is worth thinking about Installing one of the antivirus programs. The fact is that such actions can open access to malicious software that Google is not controlled.

What should be used instead of: This is not the case which program should be installed instead of antivirus, but to make sure that you install a full-fledged security pack from a proven developer.

Applications from companies such as Avast and Avira, as a rule, offer additional useful features: for example, blocking passwords, remote erasing of data from the device and blocker Calls.

Avoid the most dangerous applications in Play Store

Truth speaking, only a few applications in the Play Store are completely "secure". Almost any company can be accused of collecting at least some data. However, the Play Store has really harmful applications. All programs we discussed earlier are only superficial.

If you save even deeper, the boot of APK files is even greater risk. If you at some point were a regular customer of a developer, whose applications were removed from the application store, do not continue to download them from third-party services. They are probably even more dangerous than before.

How to use voice recorder on iphone?