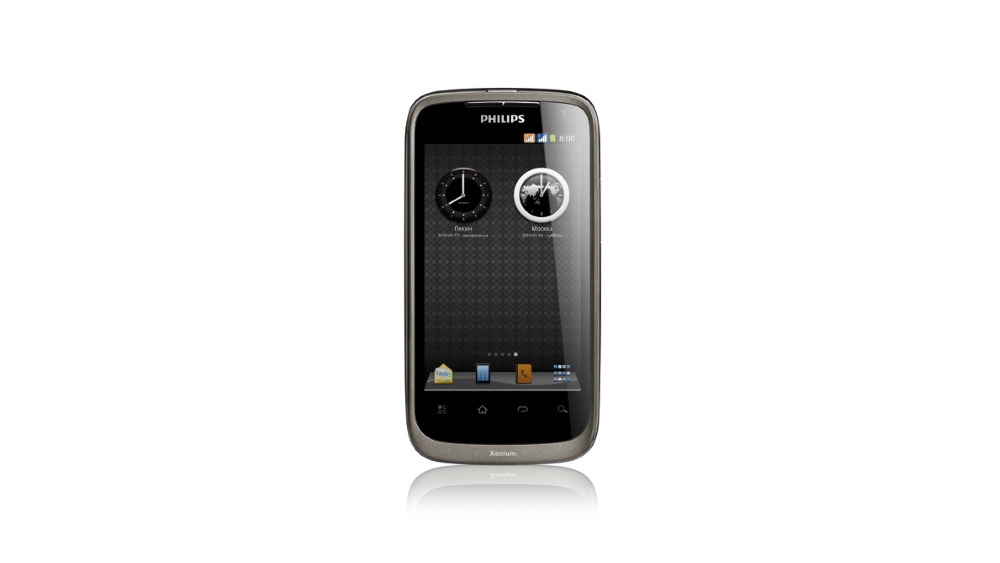 Smartphone Philips Xenium W632 appeared on the shelves of Russian stores in July 2012. A distinctive feature of this device was that it supports the operation of two SIM cards and has a lithium-ion battery with a capacity of 2100 mAh, which will allow autonomously to work up to 33 days in standby mode.

Philips Xenium W632 is made in the form of a plastic monoblock. The smartphone design is not remarkable: the front surface almost completely occupies a touchscreen display, under which the touch control buttons are located on the back side, there are a camera with a LED flash and company logo. Ergonomic device housing: the device is conveniently lying in hand, and the material from which it is made is pleasant to the touch.

Gadget assembly is made at the proper level: there are no symptops when working and the backlash. 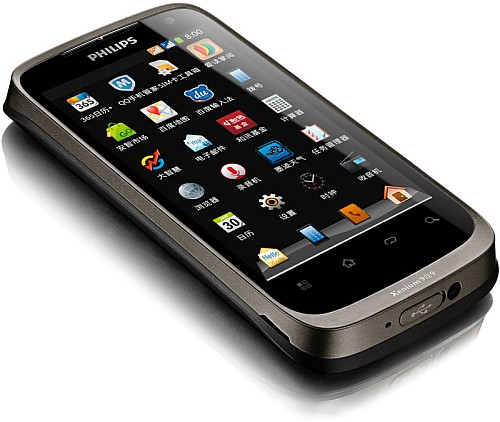 Philips Xenium W632 is based on 1-nuclear MediaTek processor MT6573 with a clock frequency of 800 MHz, 512 MB of memory of which is available for the owner only 120 MB (there is a slot microSD ). The characteristics of the smartphone are not aimed at high performance, so it can be used for the simplest games and for surfing on the Internet.

The gadget supports the operation of modules Wi-Fi, Bluetooth 2.0, GPS and 3G networks.

quality image is not bad, but if you are used to the HD format, then this smartphone is not for you.philips Xenium W632 is equipped with A 3.8-inch sensory display, made using TFT technology, with a resolution of 800x480 pixels and color reproduction of 256 thousand colors.

The viewing angles in Xenium W632 are very wide, but the fading in the sun is significant: the text is not possible to read.

In the Philips Xenium W632 smartphone, a 5-megapixel camera with LED flash is provided. The quality of photos made with this smartphone can be attributed to the average: sometimes the image can be blurred, and the colors are unnatural.

The camera also allows you to record videos in VGA format at a speed of 30 frames per second.

There is a Philips Xenium W632 and a frontal 0.3-megapixel camera for video links.

The battery of the smartphone is its main "highlight", since this The model is positioned as a "long-playing". The capacity of the battery is 2100 mAh, and this will allow the device to operate autonomously, according to the manufacturer, up to 10 hours in talk mode and up to 800 hours in standby mode (and more than a month).

PHILIPS XENIUM W632 - 7990 rubles. This smartphone is suitable for those who need a smartphone that supports two SIM cards and will be able to work for a long time without recharging.

Schedule of updates to EMUI 10 for 33 Huawei models revealed