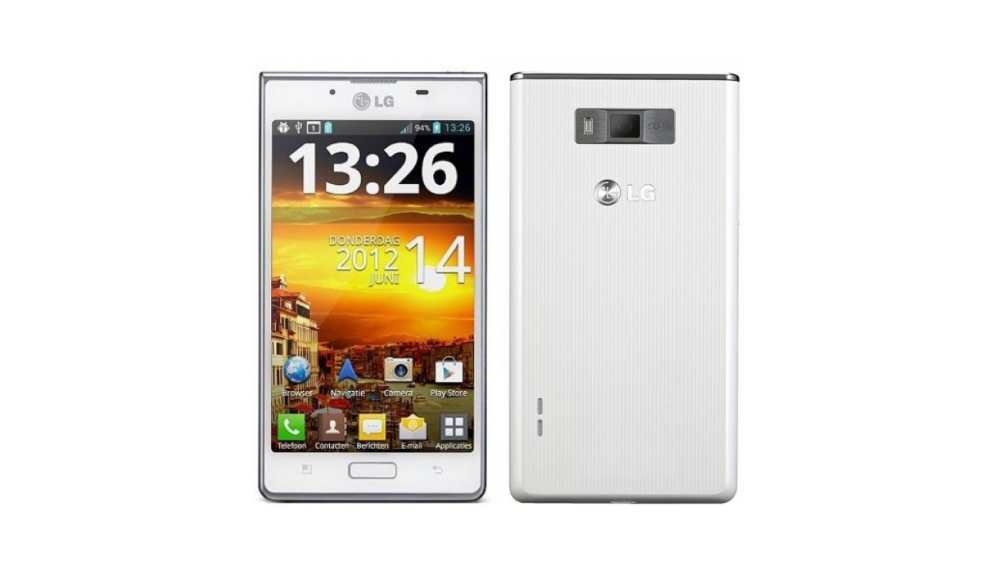 This model is the flagship in the new L-Style series. Like all the devices of this series, LG Optimus L7 has a unique design. The novelty is likely to be attributed to the middle class devices: specifications at height compared to the rest of the L-Style line smartphones, a large display, quite a lot RAM, etc.

As we have already written above, the device has a unique design: the body is made of plastic with some inserts Metal, so the smartphone looks more than solid. The standard on the front surface is a major display and a keyboard control panel, and on the back side, the manufacturer placed the camera.

Build the housing is excellent: no creaks when working and the backs between the parts of the case.

LG Optimus L7 operates on the basis of the Android 4.0 Ice Cream Sandwich operating system, which is quite demanding K Performance of the device. Due to the smartphone is not a super-producing machine, it uses a 1-nuclear Qualcomm MSM 7227A processor with a clock frequency of 1 GHz, which is quite well and according to modern requirements. Also, there is a separate PowerVR 540 graphics chip, which allows you to speed up image processing.

The smartphone provides 512 MB of RAM, which is very well reflected on the performance of the device. Also available is 4 GB of built-in flash memory, which can be increased with memory cards microSD (maximum volume up to 32 GB).

The device is equipped with a 4.3-inch display, which has a resolution of 800x480 pixels, which is still not very much. But at the same time the quality image is very good, the picture on the screen looks colorful and clear.

In the smartphone, a 5-megapixel camera with a LED flash and autofocus function is installed. The maximum resolution of the pictures obtained on this apparatus is 2592x1944 pixels.

The camera allows video recording in VGA format at a speed of 30 frames per second, but in our opinion, the video filmed on the camera, it turned out not very high-quality.

There is also a VGA camera for of video calls.

Smartphone Supports Bluetooth 3.0, Wi-Fi and GPRS, so there will be no problems with access to the Internet. There is a pre-installed HTML browser and an e-mail client in the device.

In the smartphone, the Li-ion battery with a capacity of 1700 mAh is installed that, with moderate operation with the device, it should be enough for a day.

The price of the LG Optimus L7 smartphone at the start of the sales was not officially reported. But as a medium-level apparatus and above listed characteristics, it can be assumed that it will cost it in the area of ​​18,000 rubles.

What is better: samsung or redmi?

How to set up mail on iPhone?

How to take pictures with a blurry background on your phone