How much do you think a smartphone with dual camera, fingerprint scanner and IPS display should cost, made according to 2.5D technology? If you named a five-figure amount, then you were seriously mistaken. All this can be offered to the user by the new BQ-5515L Fast, the cost of which is only 6,490 rubles.

In this review, we will talk about the advantages and disadvantages of the new budget model of the Russian manufacturer.

BQ Fast came to us in a traditional red and white cardboard packaging. On the front of the box, there is a mark about the presence of a fingerprint sensor - a reminder of the key advantage of the device. Behind - a list of the main characteristics. 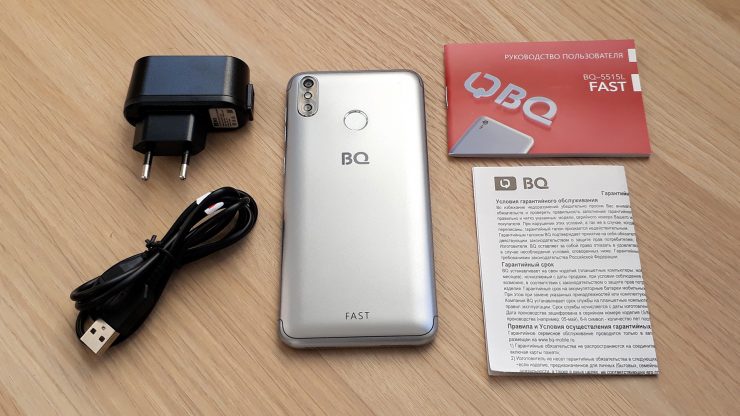 The screen has a factory-installed film, which can also be considered a complete accessory.

Looks like BQ Fast is great - if you do not know the price of this gadget in advance, in appearance you can estimate its minimum of 10 thousand rubles. The solidity of the device clearly add a neat frame of the fingerprint scanner and the vertical module of the double rear chamber. The cover is made of plastic, but do not distinguish from the metal from the metal.

Remove the lid easily. Under it, two slots under SIM and one more under the flash card. No combined slots.

The mechanical elements are mostly placed typically - with the exception of the connector for recharging, which was placed on the upper end, and not on lower. From above, there is also a connector for connecting headphones (standard 3.5-jack). The lower end is assigned to the speaker and the microphone. Right 3 Mechanical keys - " Power" and volume controls. Left face empty.

BQ Fast is available in 3 color options: blue, black and titanium (gray). We first came the sample of gray. Just this version of execution seemed to us most successful because the gray smartphone is equally wonderful for both men and women.

The BQ Fast screen is the first part that gives the budget status of the device. Despite the fact that the display is made in accordance with all current trends (2.5D-glass, aspect ratio of 18: 9 ), it is not top-level. A little annoying vibration when you click on the on-screen keys. Adjust it will not work - just remove.

The screen has a small resolution - only 960 × 480. It does not deliver this to the user - visually the image is no worse than on devices with HD screens. Here, there is also the fact that between protective glass and the matrix there is no air layer. The viewing angles are wide, and this is a pleasant surprise - how cool neither tilting the case, the contents of the screen remains distinguishable.

The BQ Fast's main camera is capable of making photos with a blurred background - actually, for this, an additional lens is needed. There are other modes of shooting - namely " Beautiful face" and " Panorama". The camera supports HDR.

Pictures made on the back chamber with sufficient lighting are very decent quality.

Frontal chamber It has a resolution of 2 MPIX. There is a "beautiful face" mode, as well as HDR.

Although the smartphone and wearing a proud and promising FAST title (i.e. "fast"), "on board" The most common 4-core MEDIATEK MT6739WA chipset. At the same time, there are no complaints to the speed of the device. The smartphone does not hang when you scroll through the menu and change the desktop, it confidently copes with the games of the average demanding - those that do not require installing gigabyte dopiles via Wi-Fi. The key to speed is probably Android 8.1 Oreo - on Fast it is this operating system. Here is what the device interface looks like: 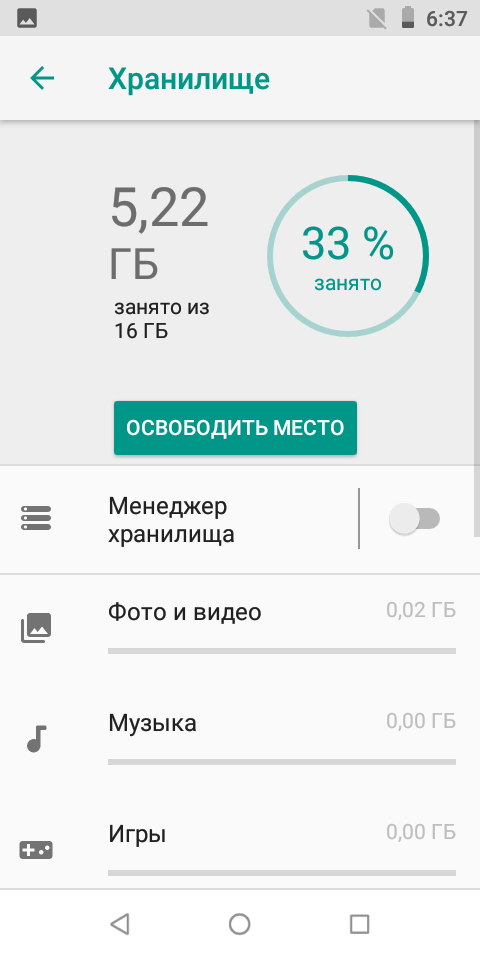 As for the sensors, there are two pleasant surprise. We mentioned about the first - this is a daotyloskop that works well, exactly determines the imprint in 4 cases out of 5. Far from each budgetary device you will find such a sensor. The second advantage is the support of Wi-Fi at a frequency of 5 GHz. The data transfer rate through wireless networks is twice as high as devices that this benefits are deprived.

The speaker placed on the lower end sounds loud and clean. When the volume slider installed on the middle of the scale, the call signal is clearly audible even in crowded places. Besloudness technology is responsible for the improvement of sound - traditional BQ smartphones.

Smartphone has a small battery - however and the functions that eat the charge "in front of the eyes". Therefore, the battery capacity can be described as optimal. "Extend the Life" device will be possible, activating the standard BQ functions for smartphones - " Energy saving with standby mode" and " Energy saving mode". 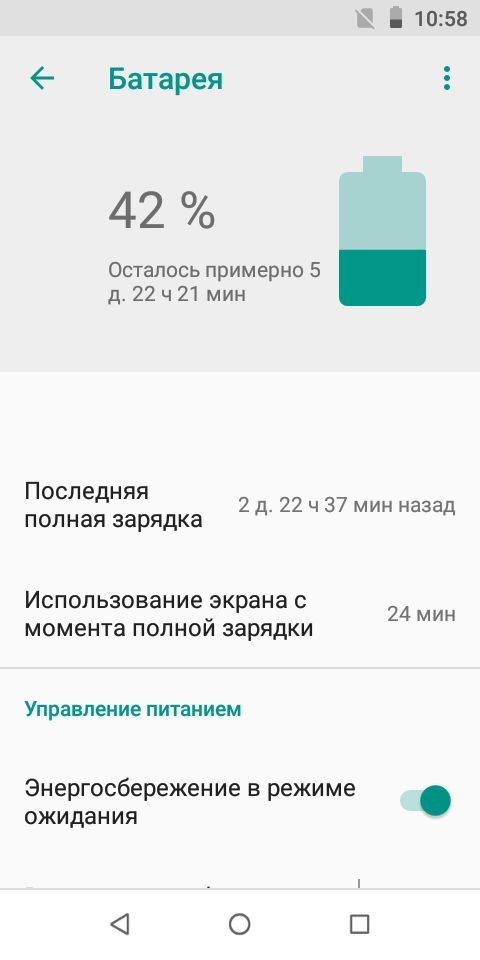 with the first and turned off the second FAST turned on, subject to use in moderate mode (that is, without intensive loads) On one charge full day - and even a dozen percent in the morning will remain. Under loads (for example, if the user plays) the gadget will sit on 4-5 hours.

Fast charge BQ-5515L does not support. To fill the battery to hundreds, you need about one and a half hours. 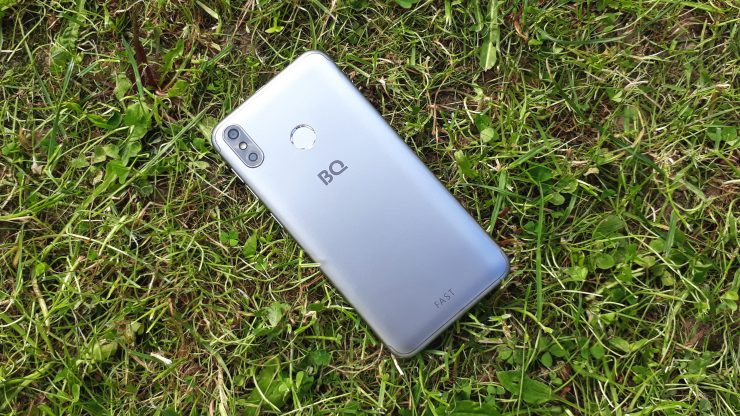 BQ -5515L Fast - Budget disguised under the model of the average price segment. The design of the smartphone is really "at the height", although the developers did not resort to any extraordinary move. Gadget has something to offer from the point of functional. In particular, the device is provided with a decent double camera capable of removing with the bokeh effect, it can boast a good performance and fresh Android 8.1 Oreo.

BQ Fast will suit people who value style and practicality, but are not ready to overpay for the brand and for excessive functions - those that boast more often than you use. Also, a novelty from BQ will be an excellent gift for a teenager - even if you are picky. Just do not tell him how much a gift did - he himself does not guess that he had a budget level in his hands.

The best applications for creating stickers on Android

How to transfer photos from one android to another

How to save or transfer contacts with Windows Phone

What is portrait mode and which phones support it