In June 2012, the Nokia Asha 306 phone was announced, which belongs to budget devices and is equipped with a touch resistive display. In general, this phone is very similar to a smartphone, but in reality it is not.

Nokia Asha 306 is made in the form of a classic plastic monoblock, in which the display occupies almost the entire front surface. Under the screen are touch control keys. On the back of the device are the camera, speaker and company logo.

The assembly of the phone is of high quality: there are no backlashes and squeaks during operation. 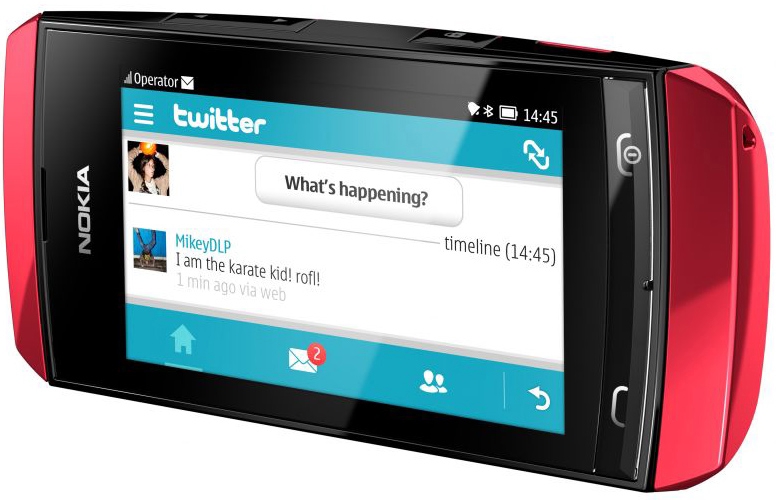 The Nokia Asha 306 has 10 MB of built-in memory, which can be expanded up to 32 GB using microSD cards (2 GB card included).

The gadget is preinstalled with a browser, email client, audio and video players.

The Nokia Asha 306 is equipped with a 3-inch TFT touch resistive display with a resolution of 400x240 pixels and a color reproduction of 65536 colors. The image looks quite good for a screen with similar parameters. Cons - small viewing angles and strong fading in the sun, but this is a problem with most TFT displays.

Nokia Asha 306 has a 2-megapixel camera that allows you to take photos with a maximum resolution of 1600x1200 pixels and video with a resolution of 176x144 pixels.

The phone does not have a front camera.

The device has a lithium-ion battery with a capacity of 1110 mAh. This battery, according to the manufacturer, should allow the phone to work autonomously up to 14 hours of talk time, up to 600 hours of standby time and up to 40 hours of music listening.

The average price of Nokia Asha 306 in the Russian market is 3500 rubles. This is a relatively low price for a similar phone.

The best apps for creating animation on Android

IPhone does not connect to a computer: causes and ways to solve

Protected smartphones with a good camera

Fantastic technologies that smartphones will receive in the future