Nokia has returned to the smartphone market after a gap of several years and warms up buyers before launching heavy artillery in the form of flagship models.

Smartphones Nokia returned to stores this year after a long break. Many changes have taken place over the years, including now Nokia devices operate on a different operating system. Considered in this review, Nokia 6 belongs to the middle price category. For example, in the US it sells for $229, and on Amazon it costs $180. In Russia Yandex. Market shows the price from 15200 rubles. for the 32 GB version and from 16600 rubles. for 64 GB. For this money, the buyer receives an Android smartphone with a 5.5-inch screen with a resolution of 1080p, a 16-megapixel camera, and an entry-level processor from Qualcomm. Nothing but the logo here reminds of the glorious old days of Nokia.

Is the Nokia 6 a worthwhile smartphone? Yes, especially if you find it at a discount. It won't feel like you're holding a more expensive premium phone while using it, but it's a solid device that should last a couple of years, especially if you're not the most demanding user.

There are many competitors in this price range, many of them with roughly the same specifications. The screen is quite large and clear, although not as bright and colorful as more expensive models. The basic version of the device received 32 GB of flash memory and support for microSD cards, the amount of RAM is 3 GB. The processor Snapdragon 430 is used, which is enough for everyday work, but it can be difficult to multitask and play games. The battery can last all day, but with a heavy load, recharging will be required in the late afternoon.

The design of the Nokia 6 also speaks to the low price. A metal monolithic case with sharp corners is used, the device does not seem polished and worked out. The large bezels at the edges of the screen and the microUSB connector are reminiscent of devices from around 2015.

At this price, don't expect miracles from a camera. The rear camera has a resolution of 16MP and is slow to start and focus. In good light, photos can be good, but in low light, things are much worse.

In the US, buying a version of the smartphone from Amazon would save $50. For this will have to endure advertising on the lock screen and pre-installed Amazon applications in the amount of 10 pieces. These include Amazon Photos, Prime Video and Amazon Music. 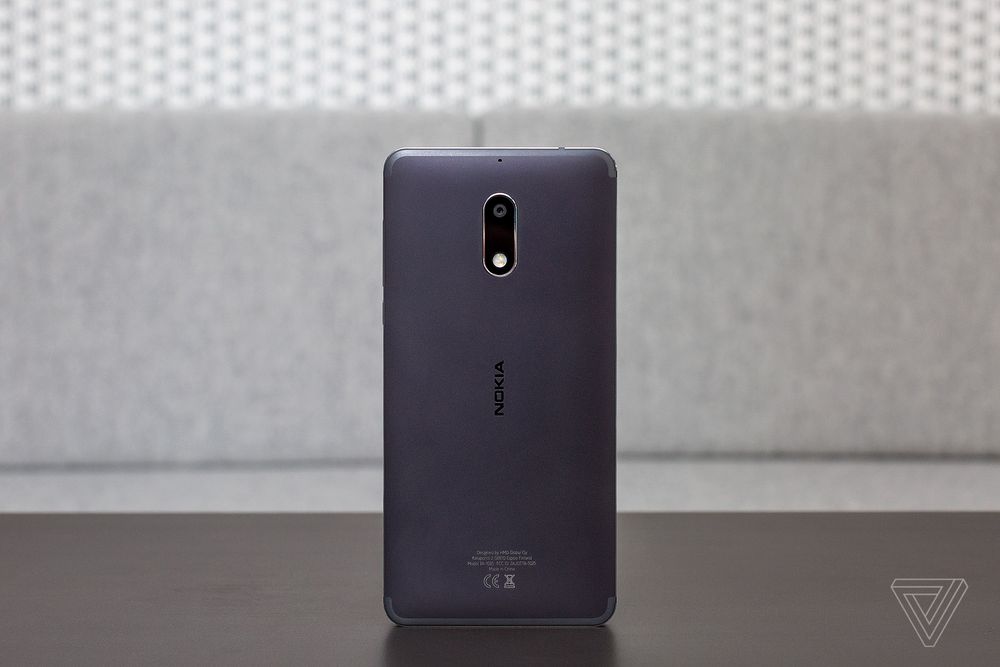 Advertising on the lock screen and in the center of notifications is annoying more. Like many devices, Nokia 6 has a fingerprint scanner, it can wake up a smartphone and open a home screen. Unlike other smartphones, the finger must be placed on the scanner twice, the first time to activate the smartphone, the second to unlock. It is not too convenient.

Amazon did it to display advertising on the lock screen. It is impossible to get around it and advertising products and services Amazon will be forced to watch forcibly. Like other Amazon smartphones in the past, this one shows not the most useful advertising for most users. Even for permanent buyers of Amazon products advertising can be uninteresting. It does not differ in diversity and when unlocking has to endure the same three rollers.

The rest of Nokia 6 has a clean and convenient version of Android 7.1.1 Nougat. There are all the modern possibilities of this system, such as labels on the home screen. It remains unknown, as regularly Nokia and Amazon will update the device with patches and software updates. Budget smartphones usually do not boast the regularity of such updates or do not receive them at all. On the specified copy, a patch for June 1, 2017 was established. Thus, Nokia 6 cannot be called a triumphal return of the Finnish manufacturer to the smartphone market. If you do not have overestimated expectations, then for those who want to get normal software and reliable work is a good option, since the smartphones are much worse. More picky users better wait for Nokia models more expensive.

How to download a movie on iPhone or ipad?