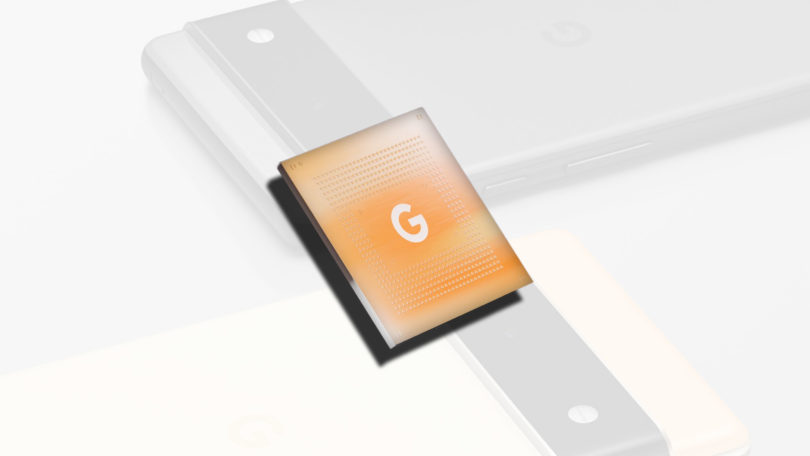 Most recently, Google officially (and unexpectedly!) revealed the design of the Google Pixel 6 and Pixel 6 Pro on Twitter.

However, the tech giant has confirmed another rumor that has long been talked about online: a new line of smartphones will be powered by a processor officially dubbed Google Tensor. Let's take a look at what the new chipset has to offer...

In a bit, we'll take a look at everything we know about Google's new SoC, formerly known by the supposed code name Whitechapel.

In short, the Tensor processor promises to improve the overall functionality of the Google Pixel, from the interface to photos, as well as increase the speed of the Google Assistant. It is expected that the new chip will be able to do all this inside the device itself, and not send a request to Google's servers and back.

We have already seen a similar effect in the Apple A-series Bionic processors. Their software is so adapted to the hardware that the company's flagship phones are incredibly productive and nimble, despite the seemingly low volume RAM.

“Very happy to present our new Google Tensor processor which has been in development for 4 years! Tensor is the result of our 20 years of experience in the field and is Pixel's biggest innovation to date. It will be integrated into the Pixel 6 + Pixel 6 Pro, which will be released in the fall,” wrote Google CEO Sundar Pichai.

In addition, Google also revealed exactly how Tensor is able to improve the functionality of the Pixel 6. Improvements relate to the camera, voice recognition and other features.

Of particular note are the AI ​​and machine learning features on the device, which should improve voice commands, translation, captioning, dictation, and other elements of speech recognition. 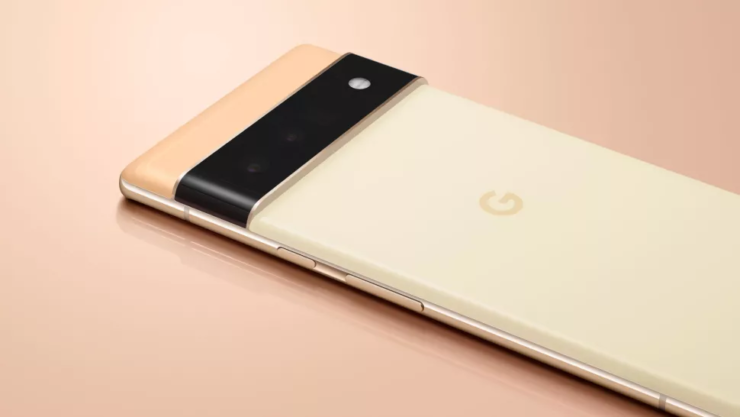 Thanks to the new processor, Google managed to work and above the rear camera of the smartphone. The company has equipped the Pixel 6 with sensors that would simply not fit on the Pixel 5 and Pixel 4 (remember, they had 4 sensors each). Hence the new camera design.

Prior to this, all lines were equipped with sensors of the same size (since the Pixel 2). However, thanks to Tensor, Google is finally able to use larger sensors that can get the most out of the company's proprietary software.

That's why we're looking forward to what the camera has to offer. Google even teased users with "brand new features as well as enhancements to existing ones" and we're really excited to see how cool the camera will turn out to be.

Material You interface and security

Android 12 introduced the new Material design language you. It is a hyper-personalized approach to the look and feel of applications and other interfaces that adapt to users.

It adds a thoughtful and harmonious color palette that will accompany the user everywhere.

In terms of security, Google assures that Tensor will be equipped with its own security core with the new Titan M2 chip. The company said that the Pixel 6 will have "the highest level of hardware security among smartphones." Well, let's see...

What about other phones?

The unexpected announcement of the Pixel 6 was a pleasant surprise, but many expected something completely different. Bloomberg has repeatedly written that the Pixel 5a will be released in August 2021. This raises the question: will the Pixel 5a be equipped with a new Tensor processor?

We assume not, as Google is touting Tensor as a next-generation high-tech processor that will be integrated into the latest phones first.

There are no detailed pricing details for the Pixel 6 yet, so we can't say for sure that Tensor will only equip premium devices.

But it is expected that the company will need some time (and several generations of phones) to optimize hardware and software. After all, Apple's cheaper phones didn't feature the leading A-series processor until the 2020 iPhone SE.

Given all the rumors about the almost finished Pixel 5a, it would make sense to make it based on the silicon that all Google phones used to run (Qualcomm Snapdragon chipset).

What about future mid-range Pixel phones? They will also be powered by Qualcomm, according to a tweet by Walter Bloomberg, who refers to a Qualcomm spokesperson: "Qualcomm will continue to work closely with Google on existing and future products based on Snapdragon platforms."

Now we just have to wait to see how Tensor will manifest itself inside Pixel 6. Recall that this is the first single-chip system from Google, which raises several questions.

Having your own 5G modem is one of them, since Google has never mentioned a new generation network.

In any case, the company has made enough announcements about Tensor, and we are looking forward to the release of the device, which will take place in the third quarter of 2021.

Whether Pixel can take any market share from Apple, Samsung, Xiaomi and other high-profile brands with Tensor remains a question open.

What if you hacked Apple ID from iPhone?

What is glass ceramics? Everything about Apple Ceramic Shield

Siri from Apple: what the program can do and how to use it?

How to connect smartphone to TV

Smartphones from Kodak, Marshall and other unusual brands