The ratings of the most popular smartphones have already been summarized - market experts and authoritative Internet portals have pleased with fresh data. Who, according to statistics, turned out to be "in the ladies" in 2016? We consider world and Russian ratings.

The first half of January is the traditional period of summing up over the past year in the mobile technologies market. Manufacturers of gadgets for a while postponing their innovations aside and with fading hearts follow the ratings that publish international research centers, large online stores, as well as companies that provide access to popular search engines - Google, Bing, Yahoo and Yandex. The importance of such ratings cannot be exaggerated: Thanks to statistics, manufacturers may understand that buyers are really think about their products.

The results of 2016 for sales of smartphones in Russia have already been summed up, and it should be noted that there were quite a few surprises in the top of the most popular models.

The world's most popular smartphones 2016

Mobile manufacturers pay out the opinion of the authoritative Hong Kong Internet -Reurs Antutu, which regularly pleases the tests of gadgets and the selection of the "most-most" smartphones for any single characteristic ("most powerful", "the most inexpensive" and so on). That's just with the general results of 2016 Antutu, it clearly delays - it is not a fact that the resource will publish them at all. Therefore, manufacturers, experts and just persons interested in mobile technology, have to be content with the rating of the most popular smartphones for the first half of 2016. According to Antutu Top 10 in the world looks like this:

If you believe the rating, the past year can be called "Year samsung". Immediately 5 flagship models of this manufacturer were in the top. Models Galaxy 7 are inferior to smartphones of the 6th modification, although it is obvious that in the second half of 2016 they "convicted". The best of "non-Samsung" - REDMI Note 3 from the company Xiaomi, which is often called the "Chinese Apple". But where is the real apple smartphones? Is the last year became for iPhones fail? Not at all - simply Antutu ignores "Applephones" and includes only Android gadgets in its ratings. For this reason, the information submitted by the resource antutu does not reflect the situation in the mobile device market completely reliably.

Top-10 well-known rating agency ToptenReviews looks completely different. In the study of this company, general sales were taken into account, customer reviews, quality and cost of products. As a result, an estimate was estimated on a 10-point scale.

Euphoria from Rating Antutu Samsung managers should ulieve immediately after they Look at the rating TOPTENReviews. In this top, 4 models iphone - but where SAMSUNG smartphones? He is only one - modestly burned on a 4th place, skipping not only two new apple novelties, but also model Google Pixel, the first mobile gadget produced by the search giant independently in the partnership.

The conclusion that can be made from the ratings of two authoritative portals, such: the world mobile market actually continues to remain the market for only two manufacturers, despite the frequent and bold attempts of the "Chinese" to take a significant proportion.

The most popular smartphones in Russia in 2016

According to the rating, the leader is a gadget, which in Russia began to sell more recently in Russia - Xiaomi Redmi Note 3. Its low cost in combination with decent speeds accounted for domestic users of mobile technology. In total, in the top of the 3 models of this manufacturer at once. The second position looks unexpected - it takes ASUS Zenfone 2. Sales of this smartphone in Russia were even higher than in China - about Zenfone 2 We will tell in more detail later.

from the point of view quantity of representatives in the Russian ranking leads Samsung - domestic users continue to buy even the model Galaxy S3, which disappeared from the windows of foreign shops a long time ago. However, in the aggregate, all 4 Samsung models from the rating are barely surpass from the point of view of the alone REDMI Note 3.

We remember that Antutu ignores the iPhone - but how to find out how popular the "apple" devices have been in Russia last year? Let us turn to the rating of the authoritative domestic portal Whatsbetter.ru. This rating is based on the estimates that other thematic sites and magazines and magazines are exposed to gadgets, as well as mobile market experts. The overall assessment of the smartphone is the ratio of the number of positive feedback to the total number of reviews (as a percentage).

according to rating Whatsbetter.ru, at once, two first lines occupy flagships SAMSUNG - GALAXY S7 and Galaxy S6. Apple smartphones are located on sufficiently modest places - the 4th and 9th. Also in the ranking of the domestic portal there are two models of the company Sony, but they are closer to the completion of the TOP-10, which once again emphasizes: "Japanese giant" is not ready to fight for leadership in the market.

Xiaomi smartphones is generally not in the ranking. It looks paradoxically, but actually explained: Consumer preferences are only one of the factors that influence the rating of Whatsbetter. Most likely, the lack of Xiaomi in the top is due to the fact that experts and thematic portals bypass the model of this manufacturer.

The ratings of the popularity of smartphones in Russia and companies owning the search engines. They were based, of course, on the number of users' requests. Russian Troika Leaders Google looks like this:

According to the company, the Russians are very few "goose" other Samsung and iPhones. The model SE of the "apple" giant took the final place in the top 10. Google's Russian rating is very contrary to the world : in the world 3 lines of the first 4 are busy with iphones ( SE, 7, 6S ). The second place of the World Top-10 Google took a model that did not go on sale - a smartphone Freedom 251, notable extremely low price (only 4 dollars).

The rating of popularity of smartphones, based on feedback Yandex, looks different, although confirms the trend: Russians are less interested in gadgets of well-known manufacturers.

In 2016, Russians liked the smartphone of the brand OnePlus more than others – he deserved almost 90% of the "fives". We will also tell you more about this gadget. The LG G5 is also the world's first modular phone, so its popularity is most likely due to the “novelty effect”. There was a place in the Yandex rating and the leader in the opinion of AnTuTu - smartphone Xiaomi Redmi Note 3, and a new smartphone from the company beloved by Russians ASUS. Gadgets from companies proudly called market leaders (Apple, Samsung, HTC ) are located at the bottom of the top.

Samsung was the biggest disappointment. The only representative in the top of "Yandex" - Samsung Galaxy S7 Edge - received only 42% of "fives".

Getting to know Russians' favorite smartphones

Ratings of Russians' favorite smartphones in 2016 include a lot of models from Chinese manufacturers, which are familiar to the average consumer "insofar as". It's time to get to know them better.

The favorite of domestic users in 2016 according to AnTuTu and one of the best smartphones according to Yandex became Xiaomi Redmi Note 3. This gadget combines everything that attracts an ordinary Russian user: wide functionality, a capacious battery of 4000 mAh and a low price. 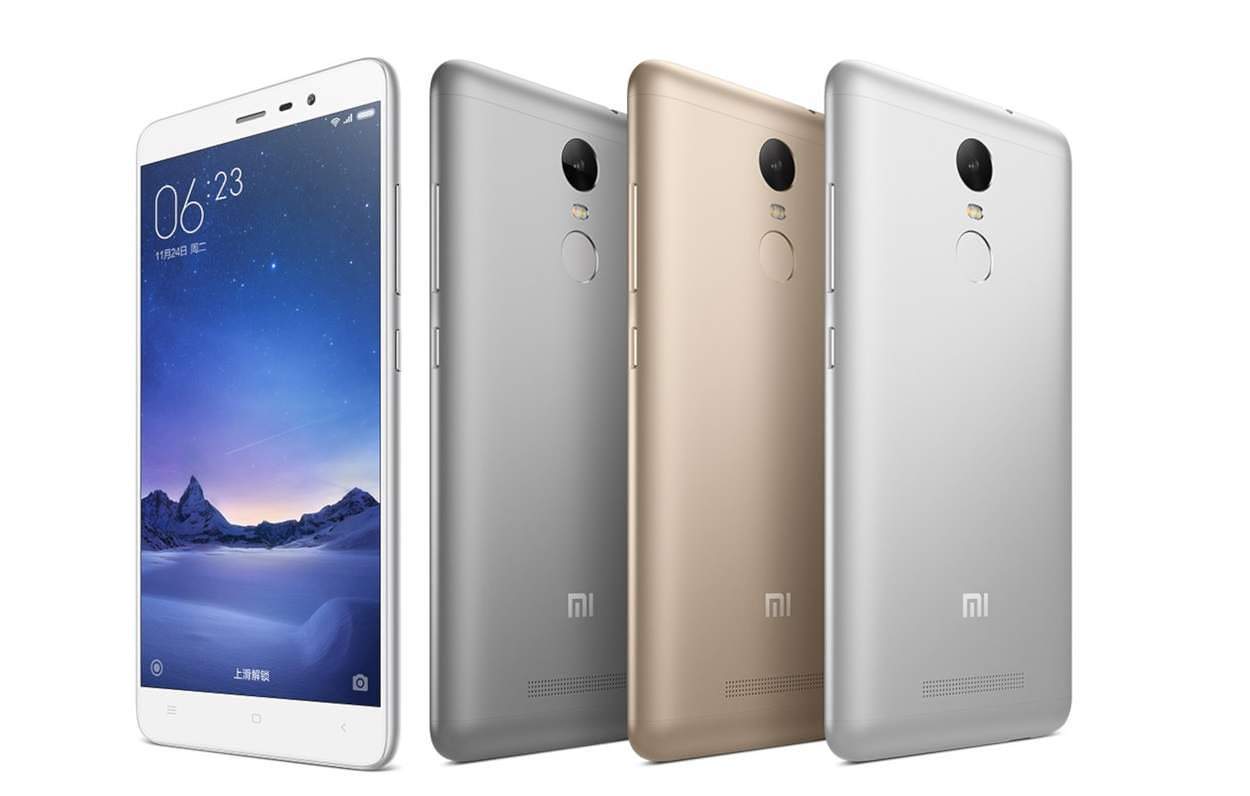 Redmi Note 3 is positioned as a youth gadget, because thanks to 8-core processor Helio X10 games "fly" on it. The body of the smartphone is metallic and, moreover, very pleasant to the touch: the manufacturer guarantees that the initial coating will be stable, and argues that the painting uses anodic oxidation technology – that is, the painting itself takes place at high temperatures.

Cherry on the cake - a fingerprint sensor that allows you to unlock your smartphone in just 0.3 seconds.

With all the advantages Redmi Note 3 costs about 10 thousand rubles (at the beginning of 2017 in the GearBest store ).

ASUS Zenfone 2 was among the leaders in the ranking of the most popular smartphones among Russians according to AnTuTu - even though this gadget was not new in 2016. Released Zenfone 2 in the middle of 2015. Noteworthy, this smartphone was because the first suggested users 4 GB of RAM.

In addition to the large number of RAM , Zenfone 2 have other advantages. For example, the fact that ASUS supports 2 SIM cards - for Russians it has always been important. Thanks to the function ASUS BOOST MASTER, the user can save time on recharging - the device battery is charged from 0 to 60% in just 39 minutes. "Flexible" interface Zenui allows you to configure the appearance of the smartphone "under the user" - changes everything up to fonts.

An important advantage is the price - on the same Gearbest the gadget costs about 8 thousand rubles.

Model OnePlus 3 Noted by Yandex. According to her rating, the smartphone has the greatest percentage of positive feedback - 89%. Main advantage OnePlus 3 - Performance : According to this quality, the gadget will shut even for the belt Samsung Galaxy S7 EDGE for the belt.

OnePlus 3"digested" even the most difficult 3D games - moreover with maximum settings. Such high performance is provided 6 GB RAM and the flagship processor Qualcomm Snapdragon 820 . It is surprising that the performance does not fall as the smartphone. This is proven by tests of the entire portal Antutu.

The price OnePlus 3 biting - 30 thousand rubles. However, sets with the same characteristics from other manufacturers costs all 50 thousand.

Preferences of users of mobile equipment throughout the world in 2016 were traditional - they chose between Apple flagships and Samsung. But the Russians turned out to be more diverse - among their favorites, smartphones of firms Asus, OnePlus, Xiaomi. There is a pessimistic opinion that this harsh economic situation forced Russians to abandon the purchases of expensive gadgets and look for alternatives among Chinese devices. However, much more pleasant to look at the ratings with the share of optimism, believing that domestic users just began to better understand the technique and mastered, finally, Chinese online shopping.

The most anticipated smartphones

Whether to overclock the processor?

What are the advantages of a gaming laptop?

What are gaming glasses and how do they work?