Historically, lithium-ion batteries were more preferable among smartphones and many other portable gadgets. However, now modern devices are mainly equipped with lithium polymer batteries, which are a suitable alternative to a wide range of household electronic devices.

Since many users put in priority safety and durability of batteries, to know the pros and cons of each technology is very important. And we have collected everything you need to know about lithium-ion and lithium-polymer batteries.

How do lithium-ion batteries work? 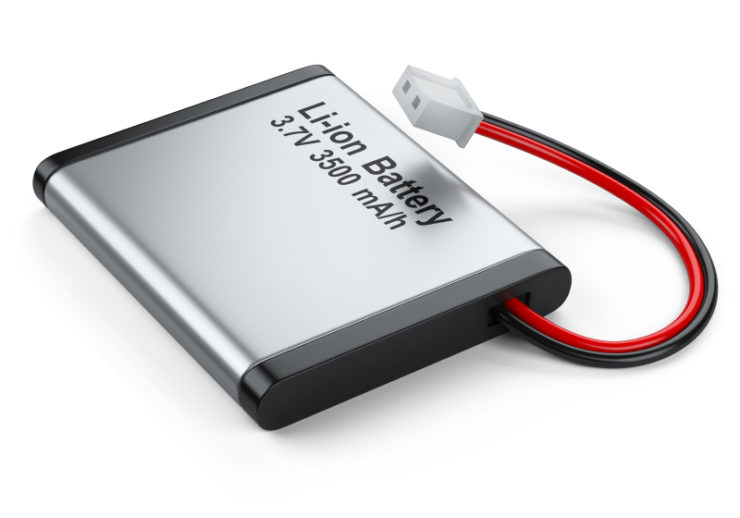 Lithium-ion battery is quite reliable and already tested time. Development of technology started back in 1912, but it was not popular until its development in 1991, Sony took. Since then, lithium-ion batteries nourish a rather wide range of devices, from portable cameras to music players and smartphones.

Lithium-ion battery turned out to be so successful in part due to a very high energy density, the lack of a "memory effect" (loss of the capacity of the capacity), which cannot be said about previous technologies, as well as relatively cheap production costs.

The battery of this type consists of two positive and negative electrodes separated by liquid chemical electrolyte, such as ethylene carbonate or diethylcarbonate. It is because of the chemical composition that the battery mainly has a rectangular shape. The lithium-ion battery capacity decreases with each charging cycle, and also discharged when the device is not used, which is pretty bad. What is even worse, the chemical electrolyte is not entirely stable at extreme temperatures or when punctured, which can lead to a "thermal acceleration of the battery" and subsequent fire. Although, we emphasize, it happens very and very rarely. Electronic controllers are often used to control the charge power and discharge to prevent any overheating.

How do lithium-polymer batteries work?

Lithium-polymer batteries are a bit newer than lithium-ionic. They appeared on the market in the 1970s, and in smartphones began to be used quite recently. For example, Samsung switched to lithium polymer batteries only in the Galaxy S20 series. Nevertheless, other companies use a little longer technology, and Samsung themselves seem to be decided to equip the Galaxy Note 20 line with older lithium-ion batteries.

This technology uses positive and negative electrodes, but the electrolyte has a polymer composition, and the gel consistency. As a result, polymeric batteries can offer a stronger design, high specific energy intensity and have a smaller probability of electrolyte leakage, leading to thermal acceleration of the battery. In short, this type of battery is much safer.

The main disadvantage of this technology is a higher cost of production. The life cycle of lithium polymer batteries is also shorter, and accumulators accumulate less energy than lithium-ion batteries of the same size.

in both types of batteries have its advantages and cons. As a rule, lithium-ion batteries offer high containers at low prices. It is very convenient if you need an inexpensive phone that is able to work for more than one day from one charging. Among the shortcomings of lithium-ion batteries, it is worth highlighting a gradual self-discharge, but it is not too important if you regularly use a smartphone. In addition, there is a tiny, but still not a zero chance of safety problems.

For comparison, polymer batteries are safer, which is especially important in our days when there is a super-fast charging technology. This type of batteries also have a very low level of self-discharge, so you can not worry: it will not discharge if it is not used. However, the battery has a higher price, a smaller service life and density. Nevertheless, the light weight of lithium polymer batteries provides in general the best specific energy by kg.

In general, it is worth saying that lithium polymer batteries gradually displacing ionic in the smartphones industry, and all thanks to the excellent security, versatility of the form factor and the weight characteristics in high and medium-sized devices. Although more accessible phones with a large container cells are likely to eat from lithium-ion batteries for some time.

Are the lithium-ion batteries safe?

Yes. Malfunctions and breakdowns happen very rarely, so the use of lithium-ion batteries is very safe. It is only worth not allowing heavy heating and damage to the battery case.

Yes. A lithium polymer battery is safer than a lithium ion battery because the risk of electrolyte leakage is much less.

Can lithium-ion and polymer batteries be recycled?

Yes. Lithium ion and lithium polymer batteries should be recycled and not simply thrown into the trash. Both types of batteries can be recycled at most local recycling centers.

RAM and VRAM: What is the difference between them?

Modem against router: what's the difference?

USB-A and USB-C: What's the difference?

What is the difference between CPU and GPU

What is fixed wireless internet?