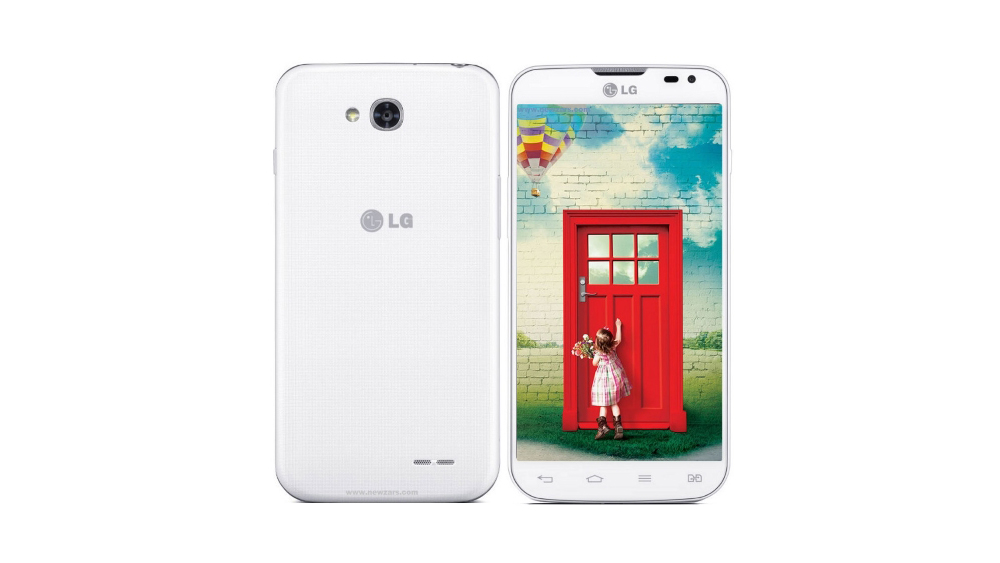 At the exhibition MWC 2014, the Korean company LG introduced a new smartphone LG L90 among the line of mid-range phones price category. The smartphone uses good hardware components, so it has a good performance.

The device has quite a typical design for a middle-class phone - a "classic" rectangle with rounded edges. The phone is available in two colors: black and white. The body plastic, made with a “fabric-like” relief, thanks to it, the LGL90 lies pleasantly in the hand and looks nice. There are no small scratches on it. On the front side of the phone there is a grill that covers the speaker. Next to it are light and proximity sensors.

Under the display there are four touch buttons: "Back", "Home", "Menu" and a button for switching the work of SIM-cards. Along the edges of the device there is a thin edging designed "under the metal". On the cover of the phone there is a camera lens with a flash, a speaker grill and the LG logo. Connector microUSB is located on the bottom edge of the phone. At the top of the phone is a headphone jack and an additional microphone. On the sides of the phone there is an on / off button and a key for volume control.

The edges around the display are thin, which adds to the stylish appearance. In general, although the phone looks pretty "standard", it looks quite solid and attractive.

The smartphone, like previous models of this manufacturer, runs on the Android 4.4.2 operating system, with Optimus interface. In addition to the standard Google Play app store for this operating system, the LG SmartWorld store is installed. The LG L90 smartphone has a Qualcomm MSM8226 quad-core chip, the frequency of each core is 1.2 GHz. The device uses an Adreno 305 graphics card. The LG L90 has 1 GB of RAM and eight GB of internal memory. It is possible to install a microSD card up to 32 GB. These components provide good performance to the device, which is enough for the application and most games. By productivity of the interface, the model approaches many flagship devices.

There are modules Wi-Fi, 3G, Bluetooth, GPS. Also there is an infrared port to which special software is installed, to control home appliances.

In the L90 smartphone, a 4.5-inch capacitive display with True IPS matrix and a resolution of 590x540 pixels are used. Low resolution is a little weak side of this phone, while the image of the display is bright, with excellent contrast and is well distinguishable in the sun.

LG L90 has two cameras: Frontal for video calls and main For photos and videos. Permission of the main chamber of 8 megapixels. The camera uses the autofocus function and four-time zoom. The camera has five shooting modes, in addition to this there are focus settings, brightness, white balance, ISO, inclusion of various color effects, etc. In the novelty, the voice shutter shooting function has been added. The main camera allows you to shoot a Full HD video format, with a resolution of 1920x1080. To save disk space, it is possible to record video in QVGA and QCIF formats.

Battery installed in LG L90, Pretty large tank - 2540 mAh. Thanks to this, the phone works without recharging really for a long time. When watching Full HD video, the smartphone is able to work for about five and a half hours. In addition to the capacious battery, this is provided by the fact that the resolution of the QHD display allows you to significantly reduce energy consumption. When testing the smartphone with the Antutu Tester program, the battery scored 698 points, and this is a very good result.

for buyers who need an inexpensive smartphone, which is at the same time It would be approaching the flagship models, the purchase of this phone will be the best option. The device uses a powerful "filling", providing high performance. Smartphone is well suited for using all modern applications and most games. This model is a good combination of price and quality.

How to pay for shopping on Android