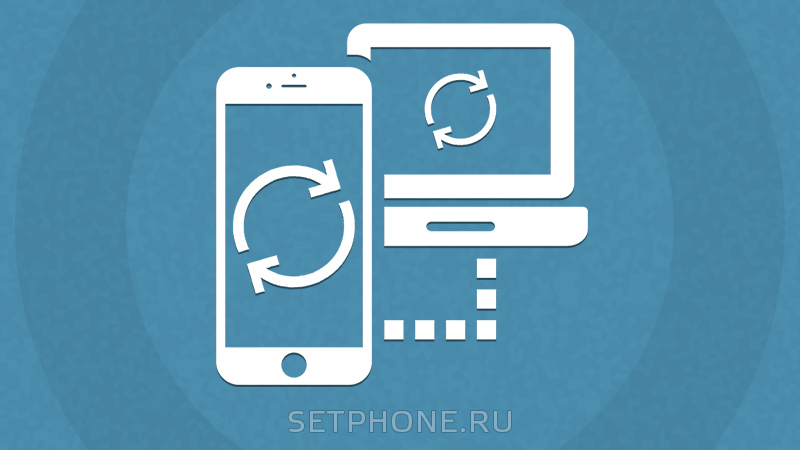 The iOS platform on which the iPhone runs is closed - this means that any new owner of an "apple" smartphone will have to forget about, like he used to copy music to his Android, and start mastering the program iTunes. Without synchronization with iTunes nowhere: of course, there are other programs that can help fill the iPhone with media content, however, all of them are either paid or cannot boast of correct work.

iPhone synchronization is the process during which the contents of the program iTunes are transferred to the gadget. Please note: it is iPhone that is the recipient of information, which means that:

Many users, alas, do not understand the essence of synchronization.

A common mistake : after downloading music to iPhone, the user clears the library so as not to “get confused” when adding new songs. Naturally, the next synchronization will erase all tracks from the device.

How to sync iPhone with iTunes via USB?

If you want to download music or video to iPhone via iTunes, proceed as follows:

Step 1. Connect the gadget to the PC with a USB cable and launch the program iTunes. The following window will appear:

In the left column in the “ Devices ” section you will find your gadget (in our case, iPhone SONY, highlighted in red).

Step 2. Click on the device icon located in the top panel:

You will find yourself in the section dedicated to the connected device.

Step 3. In the tab " review" scroll down and check the box in front of the item to synchronize only marked songs and video. Such a "check mark" will not lose the data that were downloaded to iPhone just, in the course of general synchronization. 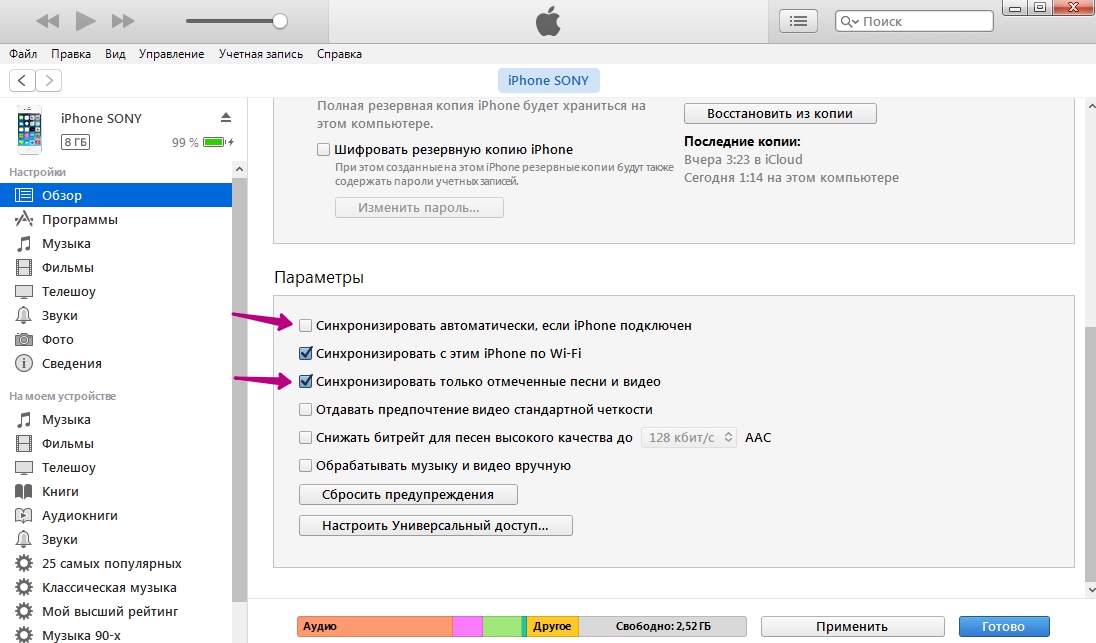 It is also recommended to remove the checkbox in front of the item to synchronize automatically if the iPhone is connected, because the risk of losing the data recorded On the device from another PC.

in the upper field (highlighted) You can watch sync progress. You can use the gadget during synchronization, if the version of the smartphone operating system exceeds 5.0. Upon completion of the procedure, you will see that new compositions are already available in the embedded application " Music.

Important: Do not pull the USB cable from the computer or device until you complete the transfer of the data. The fact that synchronization will stop - smaller of evils: you can also provoke a gadget malfunction.

What to do if the iPhone does not synchronize music?

If you exactly repeated all the steps described, but there are still no new tracks on the iPhone, then the problem is 90% lies in the following: Synchronization in the "tab" Music. Go to this tab and check the box next " synchronize the music":

You can choose the most convenient synchronization option Of the two: when transferring data to the iPhone, either all tracks without parsing will be copied (" the whole media ), or individual albums, playlists, compositions of specific performers (" Favorite playlists... "). 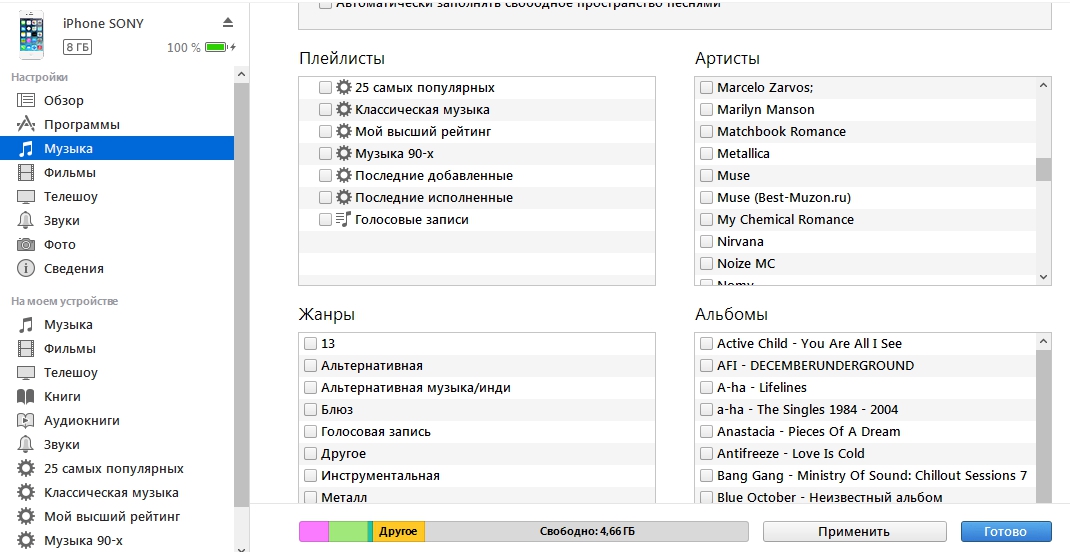 Here you can configure synchronization so that clips and voice recordings are copied together with songs on the iPhone.

How to synchronize an iPhone with a computer via Wi-Fi?

In 2011, after IOS 5.0 output, it was possible to synchronize without connecting the gadget to the USB cable PC. But to those users who are already anticipating savings on accessories, you should know that the cable is still needed for the initial setting. Set up synchronization as follows:

Step 1. Connect the gadget cable to the computer and start iTunes.

Step 3. In the tab " Overview" Find the block " parameters", and in the block itself - item " synchronize with this iPhone software Wi-Fi " Check the box next to this item.

Do not forget to enable music synchronization (video, sounds) in the corresponding tab.

Step 4. Press " to synchronize" and " Ready". Now you can transfer data to the gadget without using the cable.

Now consider How to synchronize on Wi-Fi. Before you transfer the data in this manner, the user must perform a number of preliminary action: 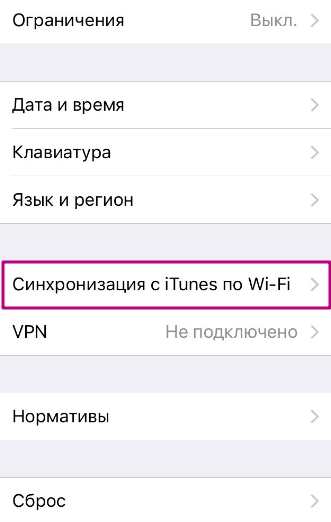 Step 2. Click " to synchronize", and you will see that in the status line in iTunes began the usual counting of steps.

during synchronization via Wi-Fi iPhone can also be fully used.

Synchronization of the Gadget via Wi-Fi has several disadvantages compared to data transfer by cable: first, the battery device is discharged far faster, secondly, synchronization itself turns out to be more long.

Synchronization does not go: Possible causes and how to fix

Most often, the problem of missing synchronization is solved by simply rebooting the iPhone. If this does not help, the reason is most likely one of the following:

The fact that for downloading music will have to use additional software iTunes, Enters many new Apple users to a stupor. However, the application iTunes as an intermediary between the PC and the gadget is extremely important from the point of the of the security: to upload a malicious file to a smartphone through this program - the risk is minimal. In addition, iTunes is one of the effective Apple tools in the fight against musical piracy, as it spreads completely legally and at a low price.

The prerequisites for the next future, Apple will provide other free options to download music on the iPhone, no - therefore, every "apparmer" should know about the methods of synchronization and eliminate possible problems with iTunes.

How to sync Android devices

How to connect airpods to Android

10 reasons not to buy smart watches

Do I need to turn off my computer at night?

Android or iOS: which is safer?