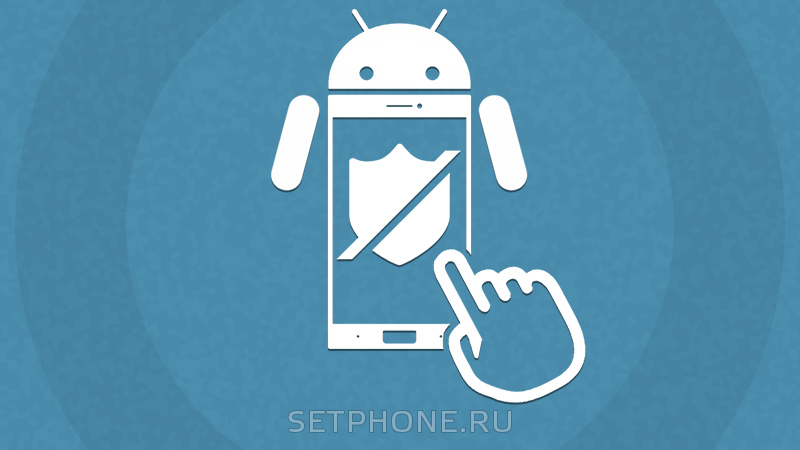 The Android operating system can easily be littered, causing constant freezes and other unpleasant glitches. The safe mode can help to find out the reason for their appearance. Its main feature is the inability to use those applications that you installed after purchasing the device. Only pre-installed and system programs can be run in safe mode. In this article, we will talk in detail about how to start this mode, as well as how to exit safe mode.

Google does not insist that all manufacturers implement a specific way to start safe mode in their smartphones and tablets. Therefore, it may differ from model to model. The most popular way is as follows:

Step 1. Go to the power off menu by holding down the power button for a while. 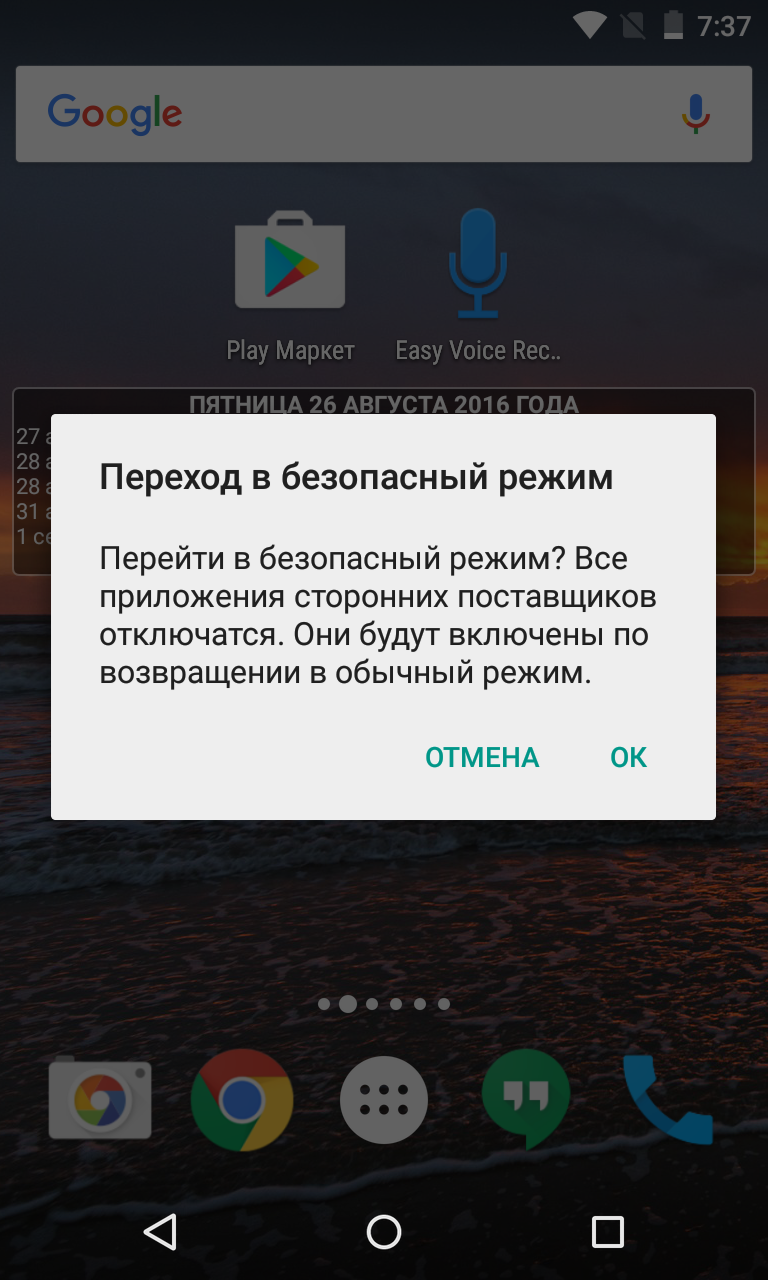 Step 3. Agree with the system by pressing the button “ OK ”. The device will reboot, after which you will be in safe mode. The fact that you managed to enter it is indicated by the corresponding inscription in the lower left corner of the screen.

Programs and games that you installed yourself do not work in this mode. If in safe mode your device works without any brakes, then the problems are caused by one of the installed applications, and not by a bad state of the operating system.

The main method works on devices from the Nexus series and some other smartphones that are not supplemented by one or another proprietary shell. It is also used on unofficial firmware - for example, in CyanogenMod. On other gadgets, in most cases, a special list of actions is used.

HTC with hardware keys. Turn off your smartphone. Next, hold down the "Menu" key, while pressing the power button for a couple of seconds to turn on the device.

Samsung Galaxy S3 and older models (OS version - Android 2.3 and below). Turn off the device. Next, turn it on and wait for the manufacturer's logo on the screen. Hold the "Menu" button while holding it until the end of the operating system boot.

Modern SAMSUNG smartphones (Android 4.0 and above). Turn off the device. Turn on the smartphone by waiting for the appearance of the White Logo of the South Korean company. At this moment, clamp the volume button. Keep it up to the successful boot of the operating system.

Motorola Droid RAZR and some other devices. Turn off the device. Next, turn it on, at a certain moment by pressing and plugging the zoom button and decrease the volume. Keep them until the system boot itself in safe mode.

In many cases, one of the above methods works on the devices of other manufacturers, which we were not mentioned. Try, experiment!

Exit from the secure mode

Some users are interested in how to disable secure mode on Android. Actually make it much easier than getting into a safe mode. Often helps to turn off and turn on the device. You can also open the notification panel - for sure it presents a message with a proposal to remove the secure mode.

Click on the message, after which the pop-up menu should be displayed. It is necessary to press " OK, agreeing with the end of work in safe mode. 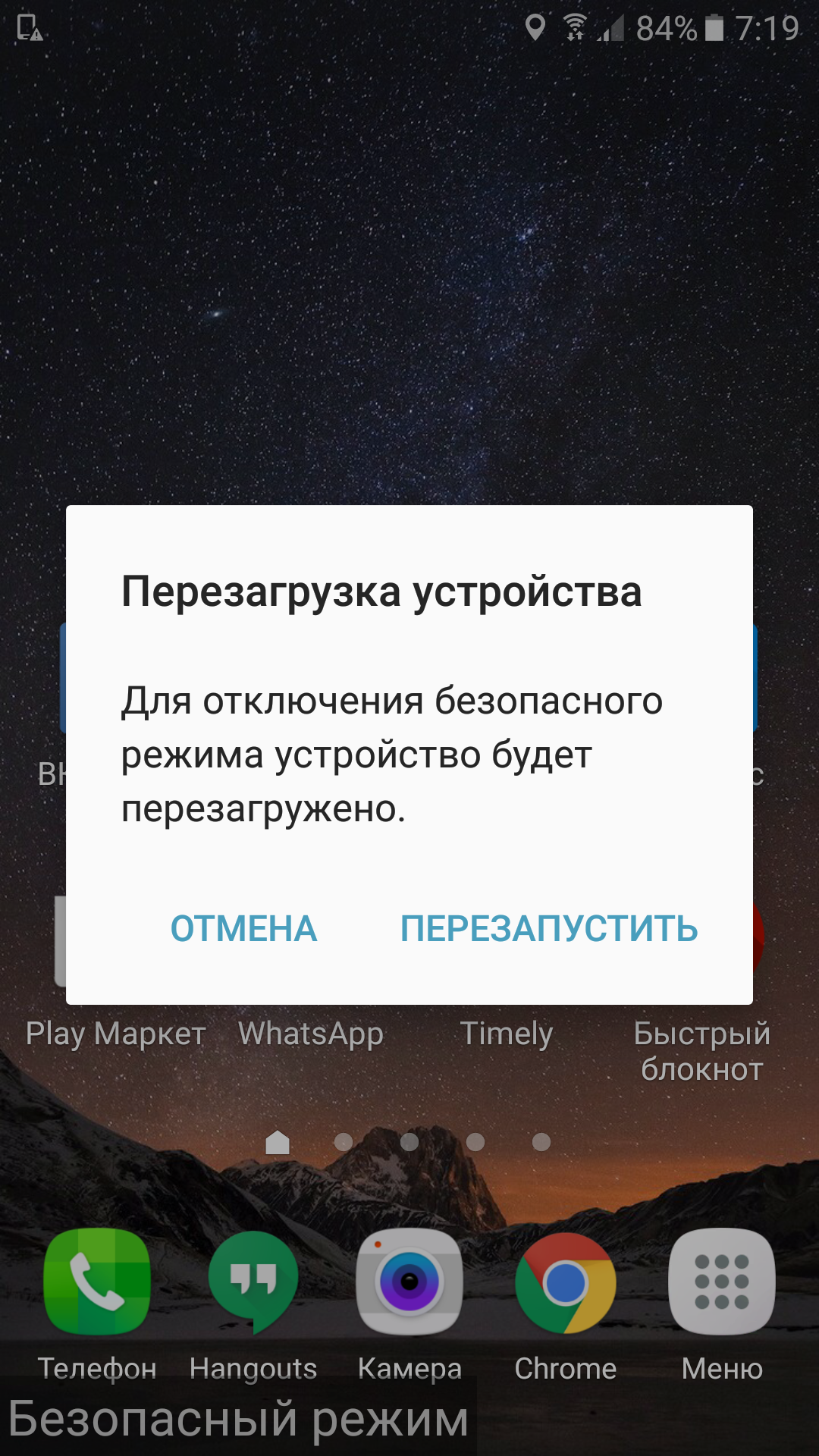 So the device is rebooted, after which you will be taken into a completely normal operating system mode.

On some devices from samsung, it is not possible to remove the safe mode in this way. They require the appearance of the manufacturer's logo the volume button or the key.

How to enable secure android mode

How to turn off Talkback on Android?

How to turn off the Internet on Android

How to disable Android notifications?

How to disable T9 on Android?

"Do not disturb" on Android: how to enable / disable

The best manufacturers of monitors

How to extend the battery life of a laptop

What is incognito mode?