Almost every user can assemble its own game computer, which is able to run all game news. And our guide is designed to help this.

At first glance, the assembly of the game PC may seem a challenge (especially for a beginner). And this is true, since this process requires at least the basic knowledge of the indoor of the computer.

Mainly users are asked for two questions: which components will need, and how to assemble the PC itself.

If you want to create a novice-level gaming PC, or a high-class machine that can run the latest games at high settings, our guide will surely help answer most of the questions that users may arise.

What is needed to build a game PC? 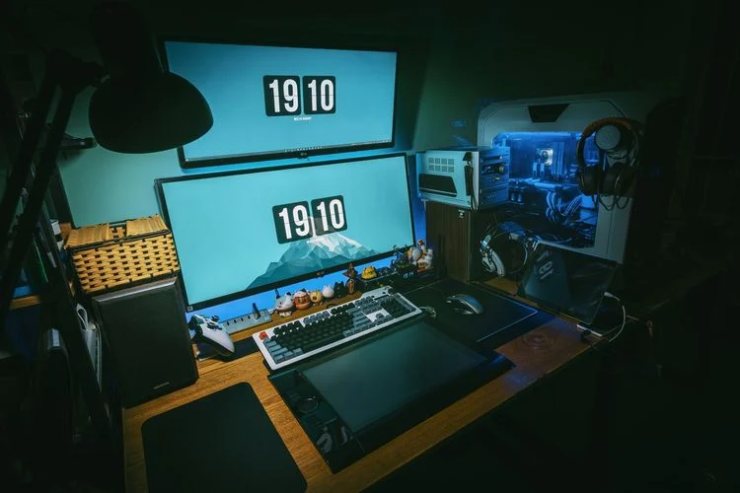 Before assembling the game PC it is very important to choose the right parts. Many people fall into the trap, as they buy expensive main components, such as a central processor (CPU) or of the video card, and forget about no less important RAM (RAM) or block Nutrition (BP).

To simplify the process, here is a list of basic components and how to choose the right parts according to personal needs.

is based on your playing PC undergoing the central processor. Most likely, it will be the most expensive component (immediately after the video card). Thus, it is very important to choose a suitable model.

If you do not plan to upgrade your assembly for at least 3-5 years after purchase, we recommend to invest in an expensive processor, since it will comply with the requirements of the future.

Video card - the main element, if it comes to Performance in games. Always try to choose the best video card, which you can afford. Ideally, this should be one of the models of the newest line of graphics processors from NVIDIA or AMD. 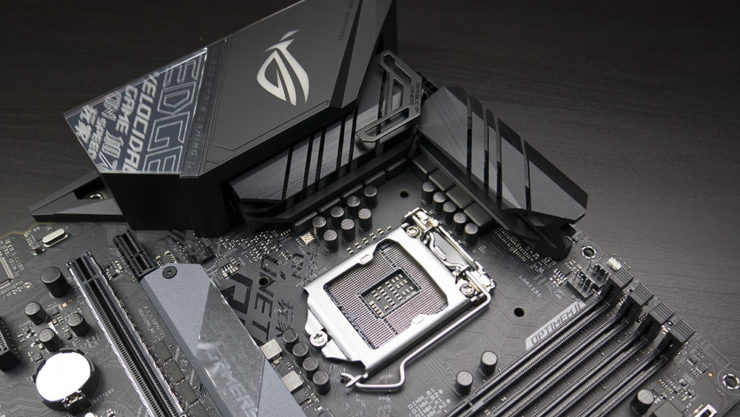 Many underestimate the importance of of the motherboard, And very in vain! After all, this is an element that connects other components with each other. In addition, it is here that most compatibility issues arise here, because some motherboards may not support the selected graphics processor or RAM.

That is why it is important to double-check all ports and connectors (PCIE and central sockets). Do not forget about Wi-Fi with Bluetooth, since some motherboards have built-in wireless communication functions.

RAM - an integral part of any computer, since it technically determines How quickly the PC is capable of processing data in one time or another.

As in the case of a processor and video card, RAM also has a clock frequency - and it is better to purchase a model with a higher indicator. However, it is important to make sure that the motherboard supports these clock frequencies. In order to play the newest games, it is recommended to purchase at least 16 GB RAM. 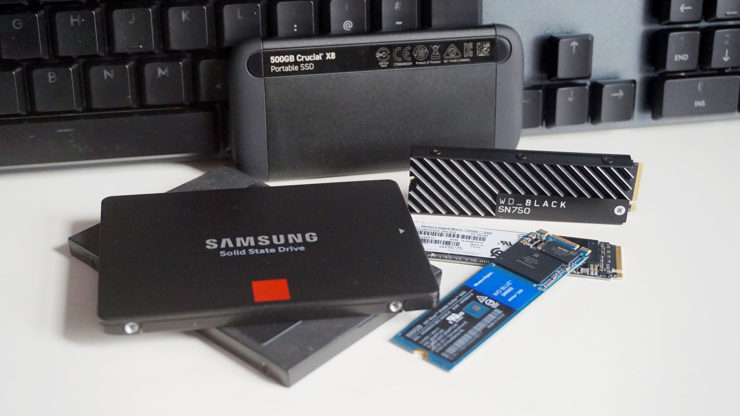 There are currently available two types of drives: hard Disk (HDD) and Solid State Drive ( SSD ). If the budget allows you to always choose the second, since it offers a higher reading speed and write, which leads to quick loading and smooth operation in video games. 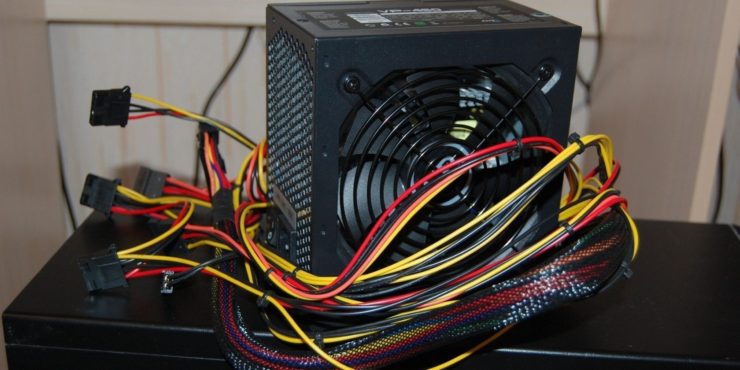 Power supply - what guides power from the outlet to all Computer components. In addition, this component also plays an important role in protecting the computer from jumps and voltage fluctuations.

The power supply is equipped with wires that are connected to the motherboard, a graphical processor, coolers and a storage.

Never save on the power supply and buy a model with energy efficiency at least 80% (standard 80 PLUS).

In the case of the computer, all components are placed, Including coolers, motherboard, power supply and memory. Although everything mainly depends on personal preferences, some models still offer better cable gasket and ventilation. 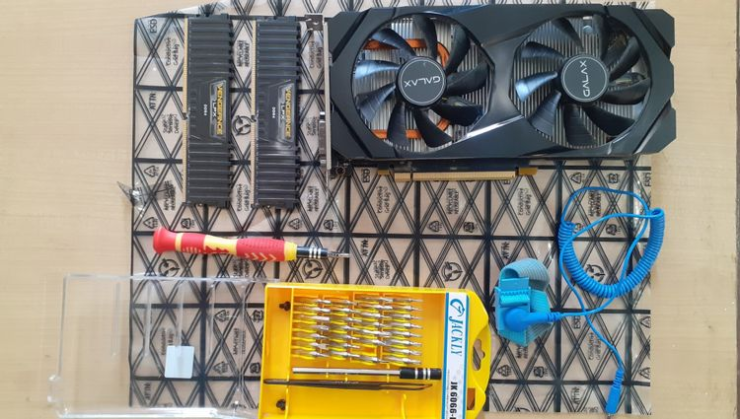 in addition to those mentioned above the main components, there are other details that can It is necessary in the process of assembling PC:

of the thermal paste

before installing the central processor cooler on it The surface must be applied to the thermal colon, so do not forget to purchase high-quality! 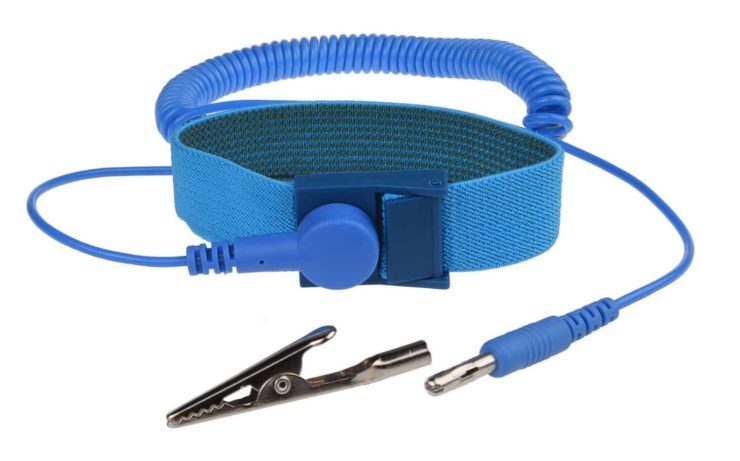 Static electricity adversely affects the internal components of the PC, which is why we We offer to purchase an antistatic bracelet, which will help to avoid this problem. It is a special cuff to which the ground cord is connected, and the other end is attached directly to the computer.

When attaching various components, several types of screws can be used, so it is always useful to have under hand screwdriver set. It is desirable with magnetic tips, as this will greatly facilitate the process of assembling the PC.

We note compatibility. Due to the huge variety of available components, there is a high probability that the list of the parts you selected are incompatible with each other. Therefore, before making the purchase, view compatibility of spare parts on such websites as PC-ARENA.

How to collect a gaming computer

PC assembly is actually much easier than you think. All components of modern computers are designed to be placed in the appropriate slots. However, you need to be careful when handling such delicate details, such as a central processor.

Here is a detailed step-by-step instruction for assembling the game PC: 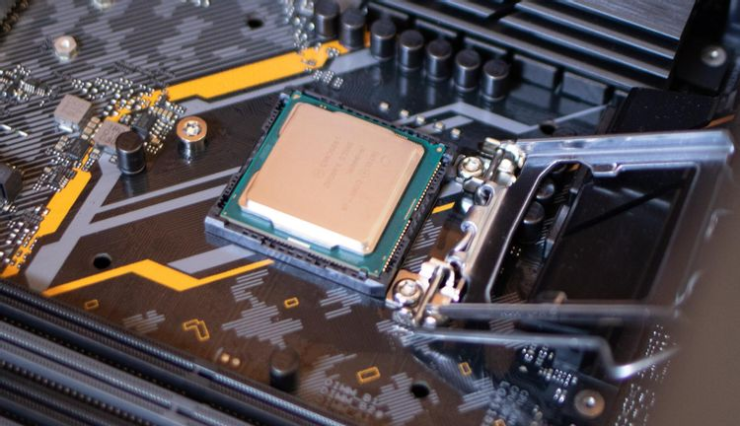 CPU comes with a cooler, which You need to install the processor upstairs and fasten to the motherboard. Keep the thermal chaser at hand, as it will certainly need at this stage.

Now in turn of RAM. Fortunately, it is very simple, and you should not have problems:

Insert the motherboard into the housing

after the installation of RAM It's time to place the motherboard inside the housing:

After that, you will be ready Install the video card and drive. Follow these steps: 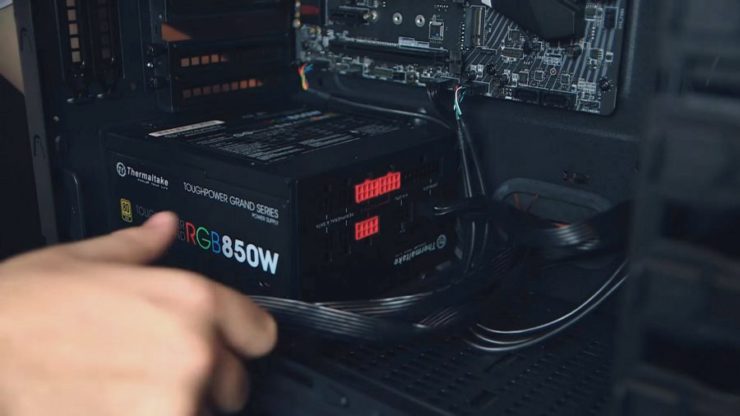 at the last stage of the main The PC assembly process remains only to install the power supply and connect all the necessary wires.

After fulfilling all the actions described above, the assembly of your game PC will be completed by 90%.

All that remains to be done is to connect the desired peripherals (mouse, keyboard) and configure the computer.

How to upload music on the iPhone from the Internet directly (without a PC)?

Choosing the best gifts for the New Year

The best sleep applications on Android and iOS