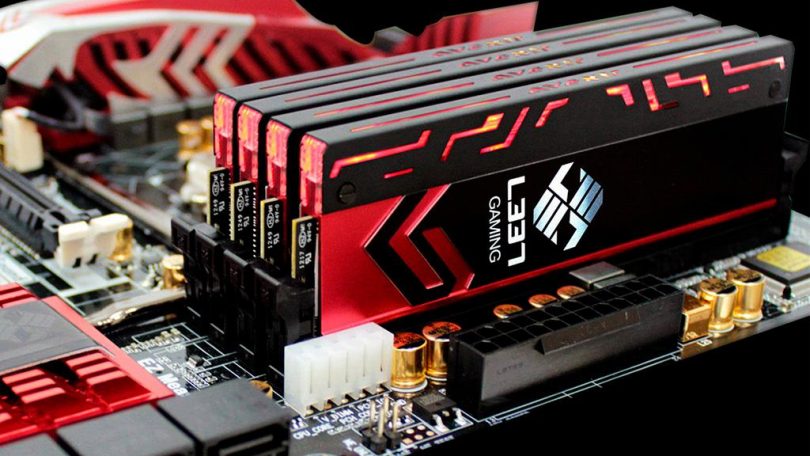 RAM, usually reduced to " RAM", or, as often spoken in the countries of the post-Soviet space, "RAM", is one of the most important components of any computing device.

Modern PCs, tablets and phones usually have from 2 GB to 32 GB of RAM, if not more. But how much does RAM really need? This article will answer this question and will provide a lot of information that you need to know before buying such an important part of the computer!

The required amount of memory will depend on two factors: what you do on your PC, and how much money is ready to spend. Although memory is an important factor when buying a smartphone, this guide will focus on desktop and portable computers running Windows, MacOS or Chrome OS. We also included a section dedicated to the tablets.

What amount of RAM is suitable?

In short, here are some simple recommendations applicable to most personal computers:

Remember that buying a plank with a large amount of RAM than required, no winnings in performance is simply an empty waste of money. Purchase what you really need and sweep the remaining budget to more important components, such as a processor or of the video card.

RAM: All you need to know

The amount of memory is often confused with the repository, The proposed solid-state drive or mechanical hard disk. Sometimes even manufacturers or retailers are confused by these terms.

The table is a very interesting analogy that will help consider the difference between memory and the storage. Imagine that RAM is the vertex (cover) of the table. Accordingly, than it is more, the more papers you can gently decompose, and then without any problems. And the hard drives are more similar to those boxes under the table in which you can store paper that are not used in one point or another.

The larger memory on your system, the more programs it can process simultaneously. RAM is not the only defining factor because, in the end, technically you can simultaneously open dozens of programs even with a very small amount of RAM. The problem is that it will slow down your system.

Think again about the table. If it is too small, it becomes cluttered, and the quality of work falls, and you will not be able to quickly find the right paper. In addition, too often you will have to remove various papers into boxes to store what it does not fit on the table, and from above to leave only the most necessary documents. 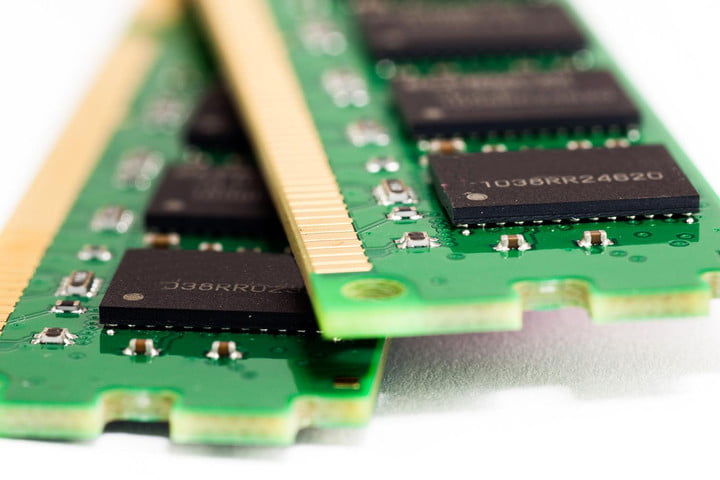 Yes, of course, a computer with a large amount of RAM seems noticeably faster, but this rule applies only to a certain point. A large writing desk will not help you if you just work with several sheets of paper. The goal is to have enough RAM or workplace for all applications that you use on a specific device.

Systemic RAM should not be confused with the allocated memory used by discrete graphics cards. High-quality 3D games rely on video memory, or VRAM, for temporary storage of image data, such as textures. Most of the latest generation video cards use GDDR5, GDDR6 and HBM or similar.

System RAM, meanwhile, is identified with DDR3 or DDR4, where the number determines the generation. A newer standard DDR5 indicates the latest generation of RAM, although not all devices on the market are compatible with it.

DDR6 is currently in development, but so far inaccessible to purchase. Yes, all this may seem too confusing, but do not worry, since most manufacturers are very well and clearly define VRAM so that consumers know what. 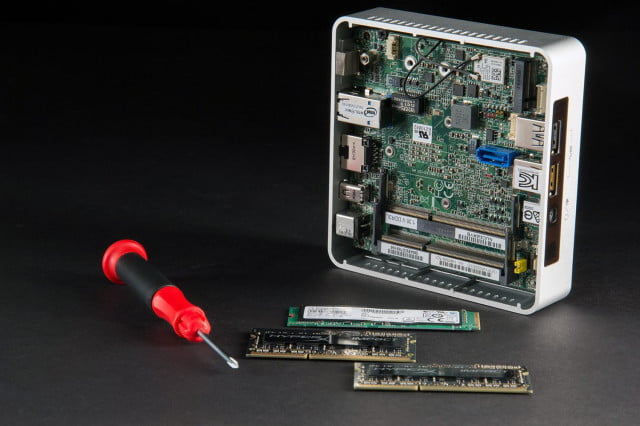 usually, most of all RAM is consumed by operating System and web browsers, but some applications and games can use more than the first two are taken together! You can do little to force Windows or MacOS to use less RAM, but a larger amount of RAM on your computer means that the user will be able to open more tabs in Chrome, Firefox, Edge browsers, etc.

In addition, some websites use more RAM than others. For example, simple text news takes relatively little memory, while something like Gmail or Netflix uses much more.

Programs, as a rule, use more RAM as complexity increases. Chat program or game, such as Minesweeper, almost will not use RAM, while the Giant E-table Excel, a huge project Photoshop or a game with intensive graphics, such as Wolfenstein: Youngblood, can use entire gigabytes RAM! Professional programs and engineering software are created to solve very complex projects and, as a rule, consume the most RAM among all programs.

How many RAM is needed for the tablet?

No one ever requires from tablets to perform complex software tasks, so their requirements relative to RAM are usually quite low - Like many smartphones.

However, multisasadium and more complex software continue to gain popularity, due to which the requirements of the tablets are becoming more like laptops. Current parameters are usually vary from 2 GB to 16 GB of RAM, while other characteristics, such as battery life and processor speed, if we talk about tablets, are often more important.

For example, the iPad has 2 GB of RAM, however, it is more focused on a bright display and long-lasting battery life. Meanwhile, the last 12.9-inch Apple iPad Pro has as many as 6 GB of RAM, so that the device can be applied under the category "2-B-1". Such devices, like Microsoft Surface Book 2, are 16 GB by default, because it is more laptop than a tablet - despite the fact that an unusual hinge allows you to turn the device into an easy and convenient tablet.

Ultimately, the recommendations for the choice of the operational memory of the tablet look like:

However, do not forget that the tablets usually play the role of additional devices that occupy a place somewhere in the middle of the smartphone and computer. If you are more inclined to replace the laptop, buy a tablet with the amount of RAM that you will need for any other desktop or laptop.

How many RAM is needed for a laptop?

Currently, most laptops are equipped with 8 GB of RAM. However, there is a clear distinction: in the proposal of the initial level costs 4 GB, and in high-level machines - 16 GB. In some cases, it is possible to see even 32 GB - such a device can be applied under the category of the most powerful gaming laptops. As mentioned earlier, the requirements of tablets and laptops coincide, but most users feel comfortable, launching more complex programs on laptops, which means that the RAM players a more important role.

For something like Chromebook, which mainly relies on cloud applications and provides very little space for the repository, you will not need a lot of RAM. We recommend choosing 4 GB of RAM when buying a Chromebook, especially since it is possible to use Google Play Store to download Android applications directly to your computer.

However, for devices on Windows and MacBook, it is necessary to think about getting a model with a standard volume of 8 GB. Most of the best models are not in vain equipped with 8 GB. If you work a lot with a graphic design or plan to try your hand in more demanding games, you can consider the possibility of increasing this volume up to 16 GB.

Excess the level of 16 GB stands only if you perform extremely complex tasks, such as editing huge videos or photos (in fact, what you usually make on the desktop). Most people do not use a laptop for such tasks, but if you decide to make an exception, the purchase of a sufficient number of RAM is crucial. Update the laptop's operational memory is more difficult (and in some newest models it is not possible) compared with the desktop computer, so the purchase of RAM in sufficient quantities for your needs is of paramount importance.

How many RAM is needed for PC?

Recently, the RAM strip has become more accessible: a great DDR4 kit, which used to cost hundreds of dollars, now you can buy everything about 50 dollars or 3700 rubles (16 GB).

People tend to use desktop computers longer than tablets or laptops, which is why when buying it is worth thinking about the future. 16 GB is a good stock for a start, although many users will suit the volume and smaller. However, at current prices it is worth investing as much as the budget allows.

upgrade up to 32 GB - good idea for real enthusiasts, and serious users of powerful workstations can come further, but be prepared for higher costs, if you need speed or unusual functions, such as RGB Illumination. Everything else is the area of ​​highly specialized installations created to handle huge data sets, incredibly large video files or niche programs developed for researchers, corporations or performing government goals and tasks.

Gamers can stop at 32 GB, if they want, but the advantage will be limited even on high-performance systems. It is better to focus on speed, not the tank, if it is really not needed. 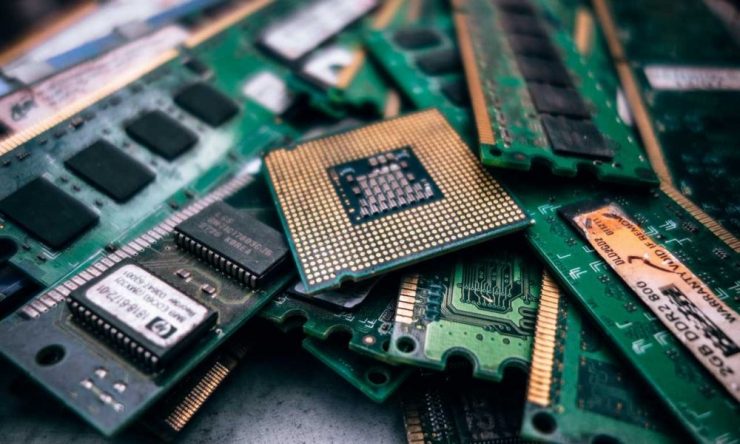 RAM - not such an expensive component of PC which is very easy to update both on desktop PCs and laptops (but not always). Purchase a bar with a large amount of memory - reasonably, but should not be extinguished. To date, even gamer has no special reasons to exceed a limit of 32 GB, and if all you need is to watch the series and Netflix movies, then 16 GB is the limit.

Even if ultimately it turns out that your system does not have enough RAM, you can always add more. Even if you are not quite sure that you can do everything yourself, you can always contact the nearest service where the price for such a service should not be translated.

How to choose headphones

How to choose a robot vacuum cleaner?

How to disable Android notifications?