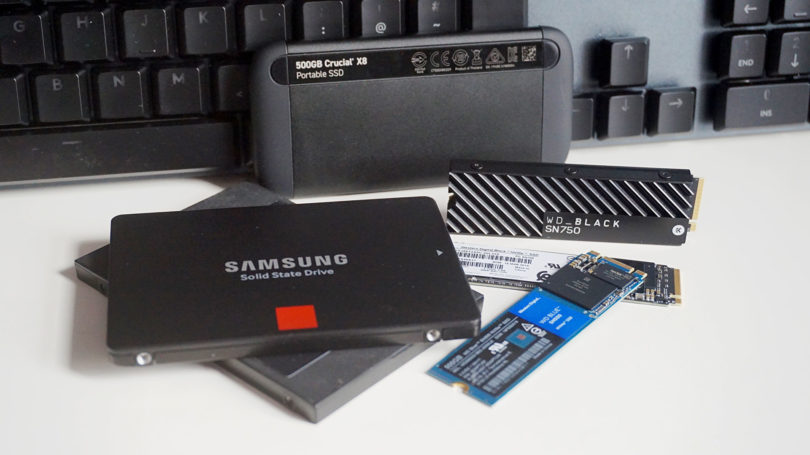 Want to significantly increase Performance of your laptop / PC without special costs? Buying a solid-state drive ( SSD ) - one of the best solutions!

Many people know that this type of drive significantly increases the speed of the computer, but it is important to deal with correctly in which one SSD suits you.

That is why in the next guide we will tell than solid-state drives better hard drives, as well as solve whether such a high difference in price is justified. In addition, we will answer the main question: what kind of SSD to select for a laptop / computer.

SSD is better than hdd?

The answer is very simple - yes.

Why? The fact is that everything depends on the instructions performed by your computer. The average PC can perform countless instructions, but it uses data (operating system, games, images) from the repository that processes information according to the set speed.

Take as an example a large pipe connected to a small one. No matter how big the first pipe, water will still flow out of the second (i.e. small).

Similarly, our computer is able to send a large number of instructions, however The repository cannot cope with all the data due to speed limitations. Previously, the speed of hard drives fluctuated within 4200-7200 rpm, depending on the model.

HDDs are quite cheap compared to SSDs, but have slower read/write speeds. In addition, there is a high risk that valuable files may be lost. The most common problem with hard drives is damage to the mechanical parts of the device (small moving parts such as magnetic heads). 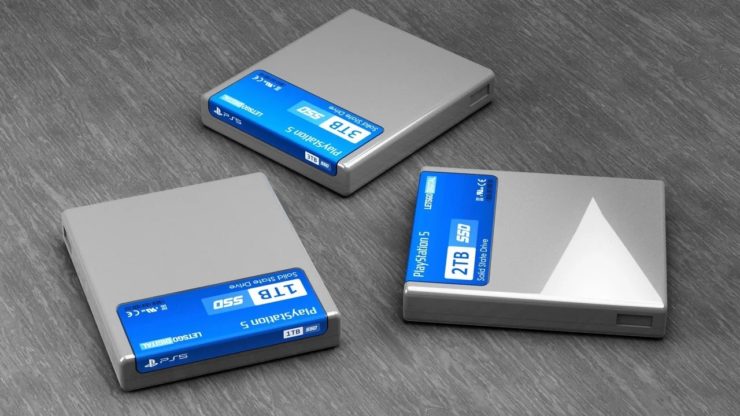 Every user wants to perform everyday tasks on the computer faster, and the solid state drive allows us to do this.

SSDs are also more durable because they have no moving (mechanical) parts. In addition, SSDs generate less heat and consume less power.

There are three important things to note before jumping straight into the important factors regarding SSDs.

How an SSD works

As you already know, SSDs are the main alternative to hard drives, so their main function remains the same (i.e. store data). However, modern SSDs can be used as cache memory due to their high performance.

An SSD works differently than a HDD because the latter stores data in sectors, while the magnetic head locates and reads/writes data from/to the device.

We won't go into too much technical detail, but what you need to know is that SSDs are made up of NAND cells, each of which is capable of storing data. They are small enough to fit easily into the drive, making it much lighter than an HDD. 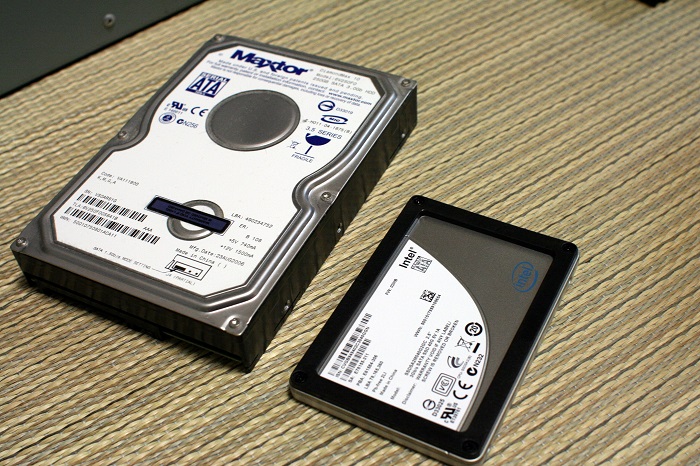 The NAND flash memory has transistors, and in each intersection there is a column from sequentially included cells.

To begin with, it is necessary to determine the amount of money you are willing to spend.

If you figure out the purchase of 128 GB of the model (the cheapest), we would recommend go to one level above and purchase a device with a capacity of 256 GB, because it is more profitable, and you get enough memory (in case If you do not keep huge data volumes).

500 GB, of course, more expensive, but this is the optimal option, as well as a very good price ratio and volume.

At the moment there are three most common types of solid-state drives. Before you begin searching for SSD, you need to know which one is supported by your PC. 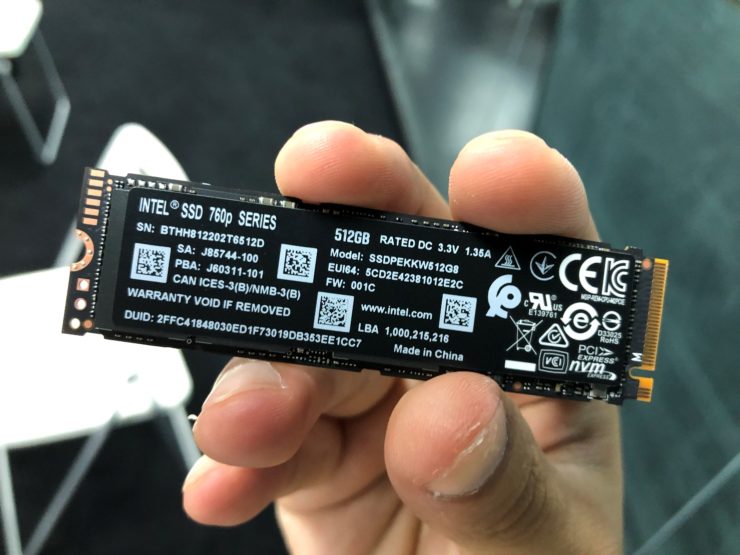 M.2 - the newest Standard of solid-state drives today. Discs of this type are the thinnest (similar to RAM ), which is, respectively, very light and fast.

The maximum volume of the M2 model is 4 TB, and the dimensions are mostly the same and suitable for all laptops, however it is worth noting that sometimes the size of the slot may differ (so you need to carefully check before purchase).

Another advantage of M2 - discs of this type can operate both through the PCI Express interface and through SATA. Needless to say, M2 drives are the most expensive at the moment. 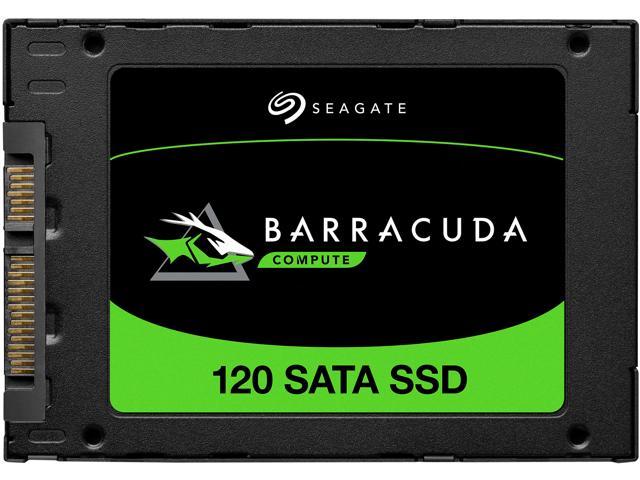 2.5-inch SATA discs are the most popular, simple in update, as well as compatible with most devices. They are connected using the SATA cables and interface, with which any medium specialist in the field of drives is known.

In addition, you can easily go from the hard disk to SSD of this type, since both devices have the same size. However, SATA is one of the slowest options, but in any case, notice a huge difference compared to HDD.

AIC Expansion Board - one of The fastest options, as such type drives work on the PCI Express bus, not SATA.

AIC is suitable only to desktop computers, since they are connected to the slots on the motherboard. However, if your PC is pretty small and in it already installed the video card, then it will not work out his disk of this type.

Expansion cards are distinguished by a certain amount of heat, since the data is moved very quickly, but the devices have a large surface area and provide good cooling.

You will not notice a special difference between SSD-storage facilities like U.2 and M.2, since the main difference is the connector used.

PCIE is thicker than SATA, which is why it is capable of transmitting more data, and as a result of which U.2 is faster than M2. SSD. 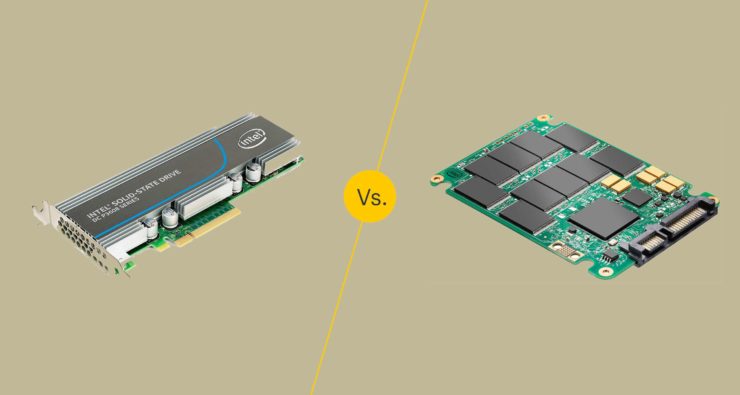 SATA and PCIE are two different types of interface that transmit data on your PC / laptop. We also said that SATA is a slower option than PCIE, but it is worth mentioning another point:

At the moment, the fastest modern drives support NVME, a protocol that has been developed specifically for devices of this type.

But the selection of the SSD interface ultimately depends on what you do on your PC: 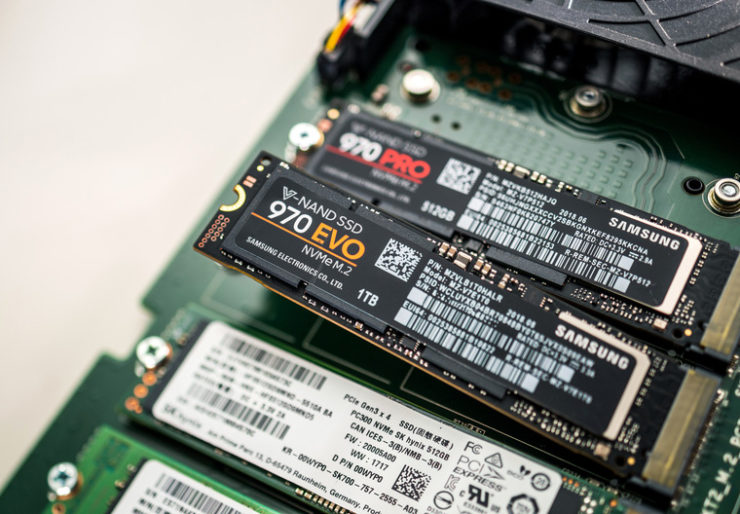 When choosing a container of a solid-state drive, it is important to determine What exactly you need him.

to ordinary users who Most of the time at the computer conducts on the Internet, you will not need a SSD of a large container.

is suitable if you keep a lot of high quality media system and are a gamer, and Also working with large volumes. 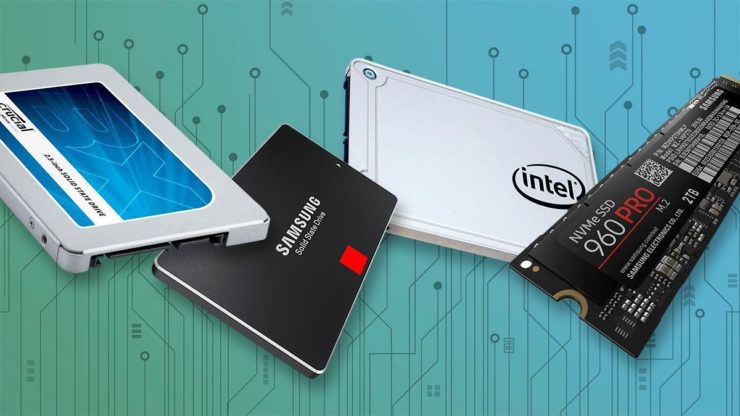 PC users should not worry at all On energy consumption SSD, since it is usually much more energy efficient than a traditional hard disk.

However, there are several models for laptops, which may ultimately lead to an increase in battery life at least an hour.

If you want to achieve maximum battery operation, then standard SSD models may be preferable compared to NVME, since the latter provide greater performance and, accordingly, require additional energy.

The controller is, in fact, the main The SSD element, since it provides data exchange (SATA or PCIE), and also controls the recording / reading operations in the memory cell, controls their condition and maintains maintenance and much more.

Thus, the better the controller, the higher the performance and cost of the drive.

This is a small amount of non-Energy-dependent memory used to caching recording / reading operations.

The cache helps perfectly when transmitting large volumes. The main advantage is to faster access to frequently used files.

These are chips of non-volatile memory in which the information recorded on the disk is stored. NAND flash memory is faster and has a big impact on the performance of solid-state drives. There are 4 types of NAND flash memory, about which we will talk below. 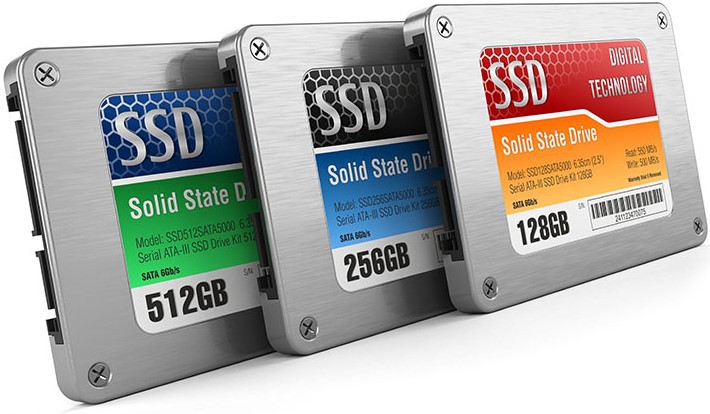 All solid-state drives are more or less similar, since manufacturers are driven into Frames and follow one template. In any case, we still need to know from which the disk consists to successfully select the SSD drive for the computer.

Each device is equipped with a specific type of memory used. Memory consists of cells: first were single-level, but today solid-state drives with four-level cells are available.

Below we consider 4 types of NAND memory: 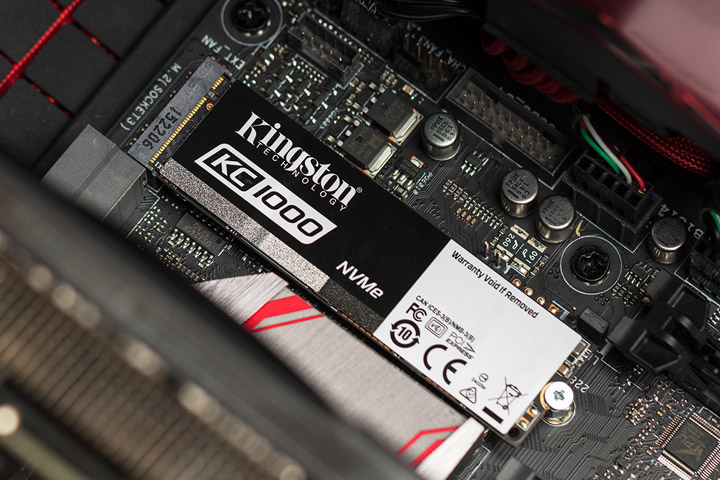 To worry about the service life of the solid-state drive It is worth even if it has a limited number of recording operations. In addition, you are hardly going to record non-stop files on your SSD, 24/7. That is why you can expect that any solid-state drive lasts at least 5 years before its resource runs out.

If you want to achieve maximum service life, then here are some tips:

These tips will help increase SSD service life. Mostly drives do not deliver special problems, however, we recommend from time to time to make a backup copy of particularly important data. 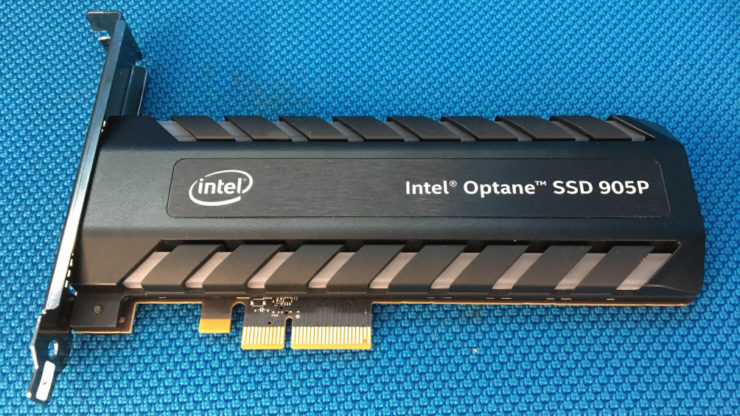 3D Xpoint - relatively new non-volatile memory technology created by Intel and Micron corporations. It differs from the above-described solid-state drives based on flash memory, because it provides better reliability, as a result of the service life of the device rises. In addition, the drives of this type are very fast.

The speed of memory is striking, but Optane drives are very expensive for most users. But still this is a huge step forward, as we can observe the emergence of faster technologies, which in the near future will become standards.

So our detailed guide approached the end, in which we tried to make every important item associated with SSD, the most understandable as possible.

We compared the solid-state drive with a hard disk and came to the conclusion that SSD is the best option, but it is important to know the principle of their work, as well as what volume and type of memory is optimal.

We hope all the information indicated above has proven useful and help to figure out which SSD to choose for a PC / laptop.

How to choose a printer for home

How to choose a video card for a computer?

How to choose a TV

How to connect a computer to the Internet via iPhone?