Manufacturers have finally learned how to make rugged smartphones that look modern, not like small tanks. But how secure are these gadgets in reality?

An active lifestyle is becoming more and more popular. Manufacturers of mobile electronics "caught" this trend in time - and began to regularly replenish their catalogs with smartphones protected according to one or another standard. Even Apple, which is dismissive of "foreign" technologies and ideas, had to give in - starting from the 7th generation, iPhones have been produced waterproof.

However, when it comes to a smartphone, secure does not mean invulnerable. Smartphone security levels vary. The ability to decipher the marking of the standard by which the gadget is protected will allow you to quickly understand what is allowed to do with a smartphone and what is not. And if you don’t already know how, we will definitely teach you!

Ingress Protection Rating (IP) – what is it?

The vast majority of secure smartphones are labeled in the IP(XX) format, with 2 digits instead of X's. These figures just indicate the degree of security of the mobile device. No manufacturer has the right to place an IP marking on their product unless the product itself has passed a series of tests.

The IP rating (Ingress Protection Rating) is the brainchild of the International Electrotechnical Commission (IEC, aka IEC), a non-profit and independent organization that standardizes electrical technologies and devices (including smartphones).

Products that have been assigned one of the IP protection classes comply with the international standard IEC 60529, as well as German DIN 40050 and Russian GOST 14254.

How to decipher the IP marking?

The code is deciphered very simply. The first digit indicates the degree of protection against penetration into the body of solid objects - including dust and sand. The maximum value is 6.

The second digit of the code indicates the degree of moisture protection. Maximum - 8.

As an example, an old push button Fichpone Nokia 3720 CLASSIC. It is protected in accordance with IP54 Protection Standard. According to the encoding, it can be understood that he is not afraid of any spray and the dusty storm will probably worry. However, the likelihood that the gaps in the housing will sooner or later be clogged with sand and dust, there is still.

Some of the IP designations seem quite absurd - especially for dustproofs. Who will come to mind to call a protected smartphone, in which the finger can not put?

Based on the general classification, any gadget is entitled to boast the level of protection by the minimum IP3X, because in order to penetrate the body in a 2.5 mm diameter, the slots between the elements should be giant, and the assembly of the phone is monstrous.

The user is important to know more about some rules for compiling the code and assignment of the IP protection class:

The IP69 protection class exists, but at the beginning of 2018, no smartphone corresponds to him. Such a level of protection can boast vehicles (such as concrete mixers), as well as facilities of the food and chemical industry. Objects corresponding to IP69 are able to withstand high-temperature sink under pressure.

There is no doubt that over time, mobile manufacturers will also have an IP69 class. Insiders Mightwall "Dran", which Samsung Galaxy Note 8 can get protected from hot water, but made a mistake. Perhaps the following flagship from Samsung can be watered with boiling water from the hose?

MIL-STD-810 - US military standard. The current version of the standard for 2018 is the MIL-STD-810G - this version differs from the previous one that involves testing tests in the conditions as close as possible to real.

Only aware of the number of devices can boast of compliance with the MIL-STD-810 standard. And not surprising: the gadget must pass the tests, compared to which the tests IP68 - "Children's Badge". Here are just some of the methods of verification:

Compliance with the MIL STD-810G is a mandatory equipment requirement that the US Army purchases for its needs.

It is silly to count that the manufacturer will create a smartphone capable of passing the most brutal tests in order to sell it later for $ 200. Therefore, finding the cheap "Chinese" on the showcase, which, judging by the information on the price tag, is protected according to the MIL-STD-810G standard, it is worth considering this with a fairing fraction of skepticism. One of the most accessible devices corresponding to the MIL-STD-810G is Ruggear RG500 SWIFT Pro, which on the official website of the manufacturer costs about 20 thousand rubles. 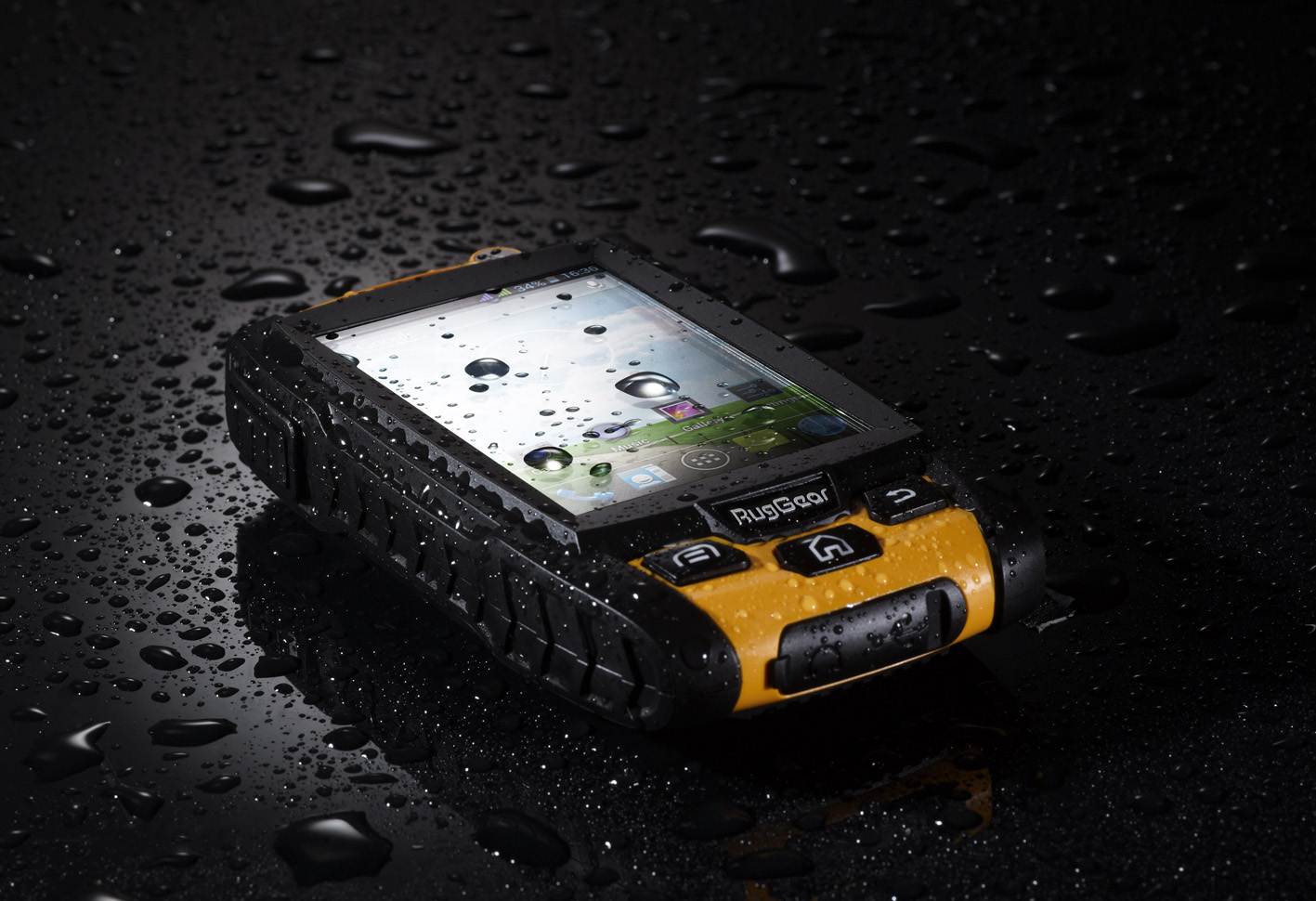 Is it worth experiencing protected smartphones at home?

Laboratory conditions in which tests of gadgets are made, differ significantly from the actual conditions. Therefore, users are not recommended to experience protected smartphones on their own - for example, dried in their own bath or take with them to the bath.

Waterproof testing occurs with the use of exclusively fresh water. And if fresh water is not able to withdraw a smartphone in order, this does not mean that from chlorinated and salty marine it is also protected.

in This article explained: the liquid is the more dangerous for the mobile device, the lower the level of acidity (pH). In the laboratories on smartphones do not pour mineral water and coca-cola, the pH indicator is twice as low as freshwater. Therefore, the user cannot be sure that after contact with these liquids, as well as with juices and vinegar, the protected apparatus will remain good and will function 100%.

There are some more important facts about waterproof, about which, alas, many owners of protected devices do not know:

The fact that a smartphone is IP68 does not save the user from having to carefully to treat him. The fact is that if an unsinkable smartphone still manages to be drowned, the seller will not return the money for it to the buyer. And if, due to mechanical impact, a crack appears on the screen under the protected glass, you should not apply for a return or exchange. It is enough to read legal forums to see how many disputes arise about this. The sellers answer that the case is not guaranteed, because the breakdown of the protected smartphone is the result of the user's carelessness - and they are right.

The presence of the IP68 marking indicates that the smartphone has more chances in harsh conditions than unprotected counterparts. However, the degree of protection should not be taken as evidence that the gadget is completely invulnerable.

How to restore photos and other data on the iPhone?

Xiaomi - not only smartphones: smart gadgets and other goods

What is a SIM card: 8 facts about a long familiar thing

How to set a reminder on Android

Is it really a dark mode significantly saves battery charge?